Africa comes to everyone’s mind when they hear the word, “wildlife travel”. Why?

Even those who say they travel to see nature are not inclined to enjoy birds and animals in their natural habitat. Wildlife travel is not everybody’s flight. However, the same people truly enjoy animals and birds on television channels and movies.

Because not only Africa is the land of animals; it’s the natural surroundings that attract both the animals and us. The vast wilderness is a gorgeous vista that arrests our sight.

The place is so inviting to roam freely like animals. The animals too love to roam the world as they please and the Africa gives them exactly that.

Which of the 10 animals in Namibia, Africa are you most likely to see?

In addition, I think Africa is the only place on this earth where the animal viewing is considered as AUTHENTIC. What do you say?

Africa is an incredibly magnificent continent. It’s no wonder Africa is considered as the best wildlife travel destination for nature lovers who are excited about the animals and their spectacular natural habitats.

Let us look at the borders of Africa which itself throws what is in store for you in any part of Africa such South Africa or East Africa.

The flora and fauna, the vegetation and the ecology of the African continent are truly rich and diverse.

Some countries are known for some rare species of wild animals. India is known for peacock watching and the Gir lions. In Africa, especially Namibia houses some very interesting animals to see.

Shall we go there? Are you ready to hear the sound roaring lions and the insects?

The word ‘Namib’ in Namibia means ‘vast place’. It is my dream to visit the country of which I have heard so much. Both the wildlife and the friendly people excite me beyond expression.

The Big Five of any jungle in Africa:

The following animals are called the ‘Big Five’.

I read that surprisingly, not all the big five are not to be seen in Namibia.

The best place in Namibia to watch some of the lesser known wild life is Etosha National Park. 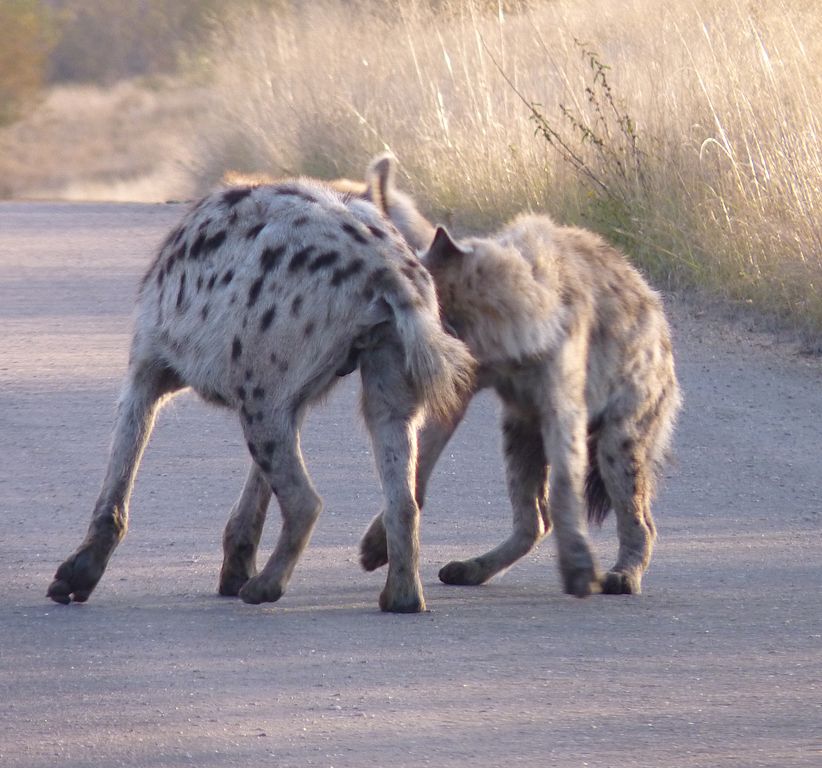 You can’t miss them, buddy, while on an African Safari. They wear spots on their body and hence called spotted hyena. The Etosha NP itself is said house over 40,000 of them.  Hyenas terrify me. They are born scavengers and even eat dead humans.

The uniqueness of them is they are hermaphrodites. This means the females in their herds have a pseudo penis and another unique feature of them is, hold your breath;” They have no Vagina” 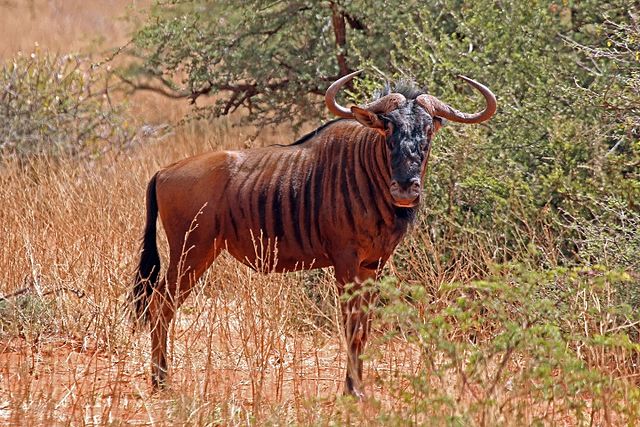 I don’t know why it is called a blue beast as there is no tinge of blue on its body. It resembles a Gnu to me. It is also called a large antelope.  Yes, it looks huge to me suggesting it cannot move fast but it is said to be agile one. It has a unique feature.. When it feels danger instinctively, it starts running but stops at a distance to look back whether there is really a danger or it’s just a premonition. Very amusing indeed. 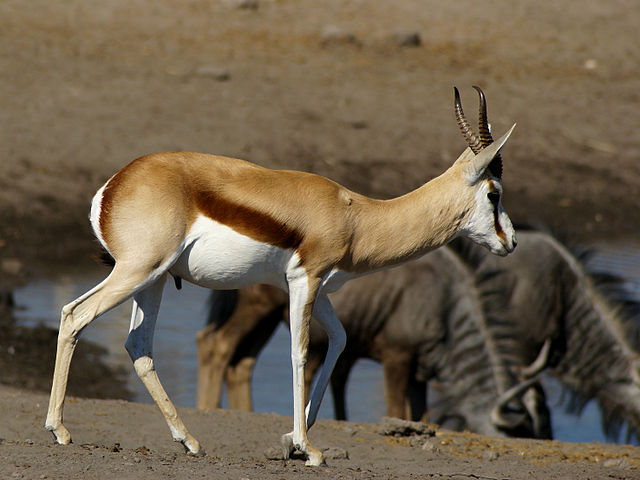 I am sure the cricket fans would remember the South African cricketers are called the Springboks. It is an antelope variety and is very commonly seen in Africa. They are really fast runners with speed up to 90 KM/H. It is a captivating sight to watch them leaping and running in herds. Their leaping is called ‘pronking’.  They too can live without water for years together. 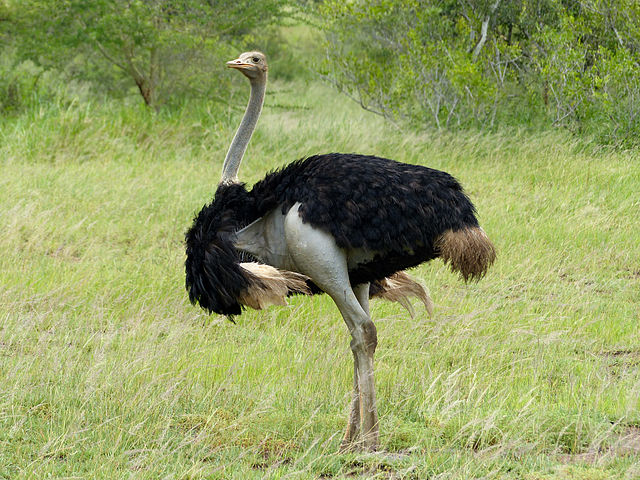 Ah, the Ostrich! Aren’t they graceful runners in spite of their disproportionately long legs? They are strictly desert dwellers as they are endowed with surviving without water for long. Hey, do not ask me how long is long. I don’t know.

Strange fact: The skin of Ostrich is said to be very strong and the goods made of Ostrich leather are expensive and a fashion item. May be because of this commercial value, there are a number of Ostrich farms in Namibia. 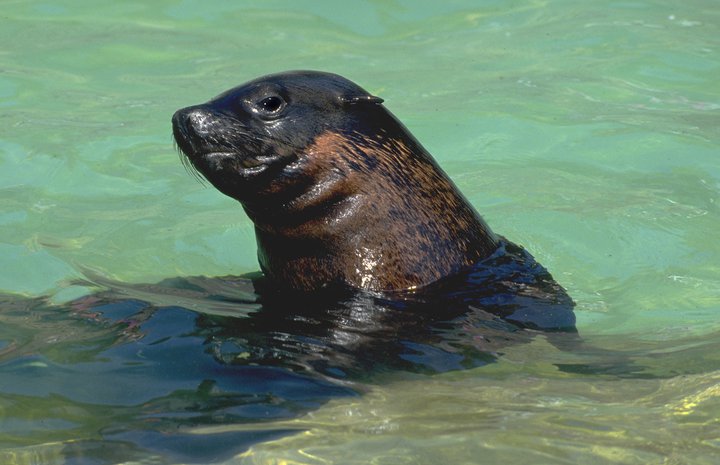 Seals look ugly to me with their oddly long whiskers and the narrow snout. Interestingly this animal also has another name which is cape fur seal.

It’s alright to watch them in oceans but on land, they move about very clumsily.

There are about 2 million Brown Fur Seal in the world and nearly two-thirds of them live in Namibia.

The African brown fur seals are brave enough to attack sharks that are several times bigger than them. 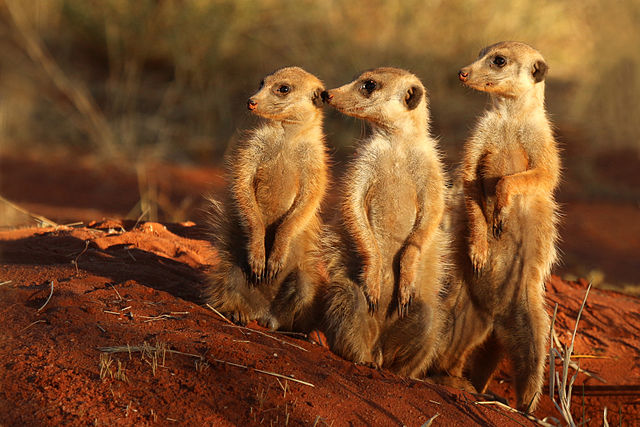 These are cute to watch and their alertness is legendary. They look funny when they stand on their hind legs and watch the distance as if something is attracting their attention or as if they are constantly threatened by their predators. To me, they look like large squirrels though they belong to the Mongoose family. 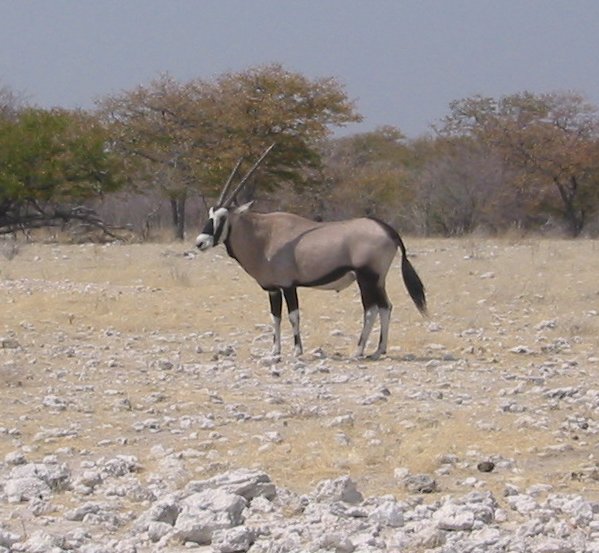 Similar to Springboks, the semi-white and black Gemsbok also belongs to the antelope family. They are famous for their straight and spiral patterned horns that end with a very sharp tip.

It is the Namibian national animal and is largely seen everywhere in Namibia. 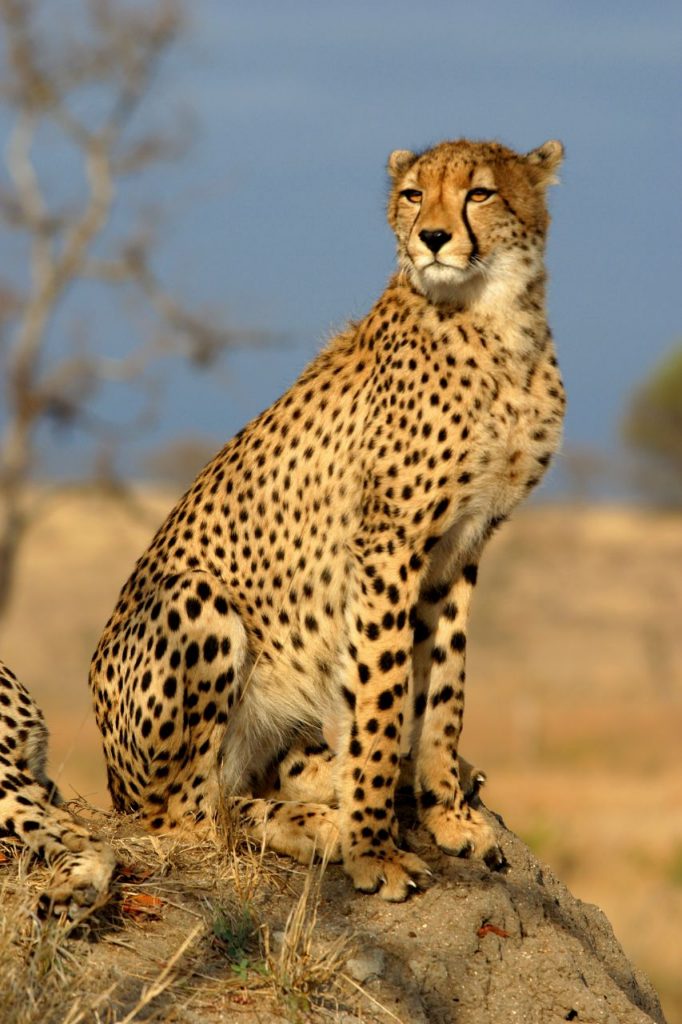 An African Safari is said to be unsuccessful if you don’t spot the fast moving South African Cheetah. I am always confused between a panther and the cheetah. To me, both look and move alike. Oh, man, how fast they run after their prey! It is sad that this feline is now classified as an endangered wildlife. 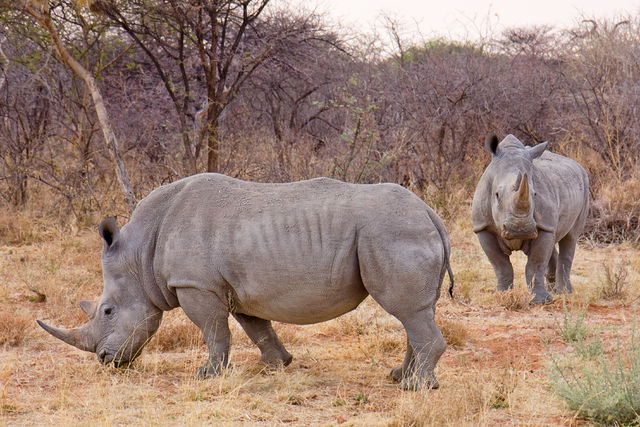 This is a beauty in spite of its size. When I saw a rhino, it looked docile to me and not a wild life. There is a mention about its friendliness in Wikipedia. This rare white rhinoceros is found only in Africa. 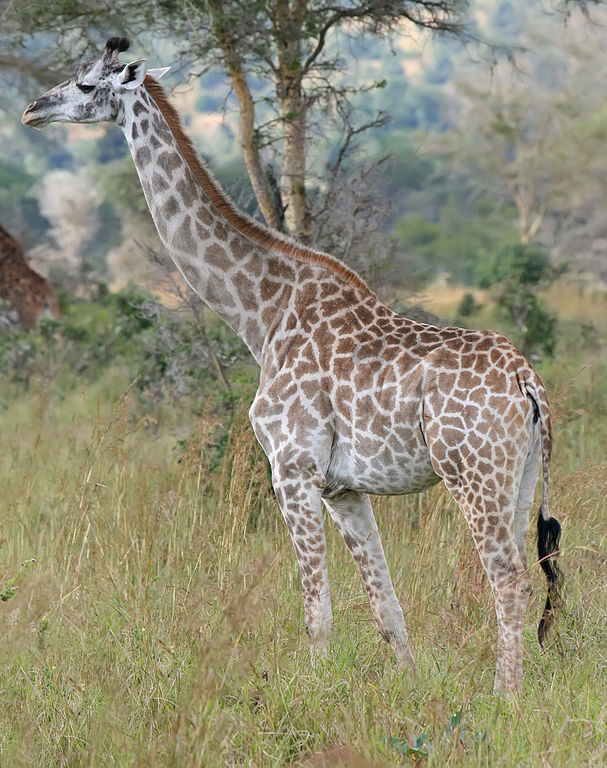 The tallest animal is a common sight in Etosha National Park. God created this beast very thoughtfully. At their height, they don’t get all their food. Therefore, to pick the feed on the ground, they spread their legs widely so that they can bend enough.

Their legs are their asset and liability too. It is only my thought. I read that their kick can be fatal to a man.

Do you wonder why I have not mentioned about the famous African elephants? Well, we have seen them several times in the movies. Oh, I meant to blog about the African birds but I have reserved it for another blog blast.