Not everyone has the time or the budget to take a trip to the beach in Greece, Italy, or the French Riviera. Fortunately, the U.S. has several European-style beach towns that don’t require a cramped, eight-hour flight or four layovers before you finally reach your destination. With these charming beach towns, the country brings your aspirations of a European vacation to you. 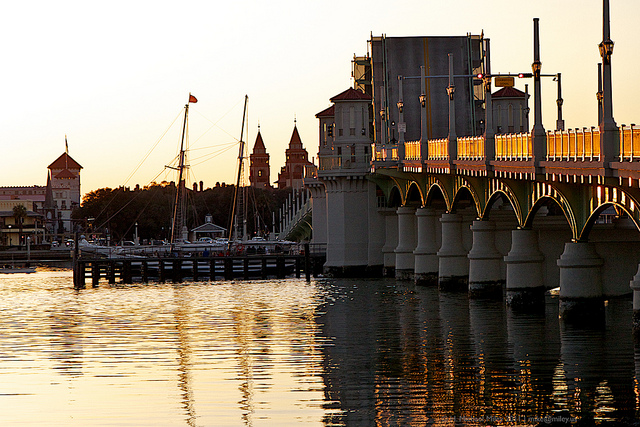 Founded by the Spanish in 1565, St. Augustine is the oldest continuously occupied settlement within the boundaries of the contiguous United States. While the age of the city gives it similarities to Europe, it’s the Spanish architecture and old buildings that provide the true European vibe. The Cathedral Basilica of St. Augustine is one of the oldest and most iconic buildings in the city, and its Spanish colonial architecture definitely imparts a Spanish feel.

Historic sites and national monuments dot the landscape of the city to provide a historical background, and the beautiful beaches of the Atlantic coast are just a few minutes from anywhere.

Located near the small city of Wilmington, Wrightsville Beach, North Carolina, is a European-style getaway that provides you with plenty of activities. Famous for its crystal blue waters and spacious beaches without the crowds, it has many similarities to Europe’s most famous beaches. If you look out over the water, you won’t even remember you’re in the Tarheel State.

Fishing, boating, and other water sports are some of the more popular activities here, and when you mix it with seaside dining and delicious food and drink, it’s no surprise that Wrightsville Beach is a hidden gem. Book a hotel in Wrightsville Beach early to get the best view and room at a price you’ll love.

Blink and you might miss Carmel-by-the-Sea, a one-square-mile village on the Central Coast of California. First settled in the mid-16th century by Spanish missionaries, the town has grown and intertwined with the cultures of European settlers, natives, and Mexicans to create a vibe that’s truly unique.

Much of the architecture is European-inspired, and a stroll through the city provides a feeling reminiscent of walking through a small portion of a western European country. While temperatures only get up to about 70 degrees and the beaches are a bit chilly, the wine tasting, art experiences, and cultural events are sure to please.

Nicknamed the “American Riviera,” Santa Barbara embodies the spirit of the Mediterranean, albeit from 6,000 miles away. Like St. Augustine, St. Barbara has the distinct Spanish colonial look characterized by red tile roofs and stucco, but it also boasts small mountains, picturesque beaches, seaside cliffs, and millions of palm trees that make it one of a kind. Pedestrian malls like La Cumbre Plaza and Paseo Nuevo make the European feel even more distinct.

Just because Europe is half a world away doesn’t mean you have to leave it on your bucket list forever. Even if you can’t get to Europe anytime soon, you’re sure to have an experience that’s as close to Europe as you can get without actually being there.

5 Small Beach Cities to Visit for a Relaxing Vacation

9 Farmstays and Homestays near Mumbai for...