6 Wildest and Thrilling Waterslides in the World 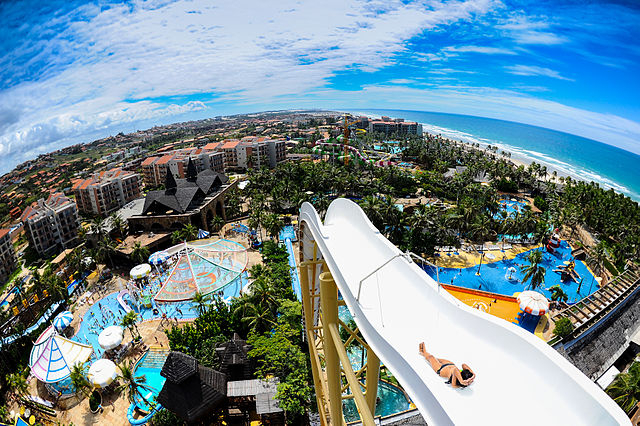 Waterslides thrill everyone, irrespective of the age and gender. About 50 years ago, waterslides were limited to only a few feet drop. Now, it’s a different story. The drops are more pronounced; not only there are vertical drops into a pool but I saw people slid through curved platforms.

Another advanced waterslide is through a closed, glass tube. I believe this can scare many, especially those who are claustrophobic.

In addition, waterslides are very steep too to make your descent exciting.

There are numerous water theme parks in just about every country. Parents take their children to water parks mainly to enjoy various waterslides and water sports.

Every waterslide will drop you in a safe pool. However, I recently read about a waterslide that ended in an ocean! Wow! That must be heart-thumping, teeth-gritting, and fist-clenching ride making you scream with delight all the way down.

Here are some of the wildest and thrilling waterslides in the world. 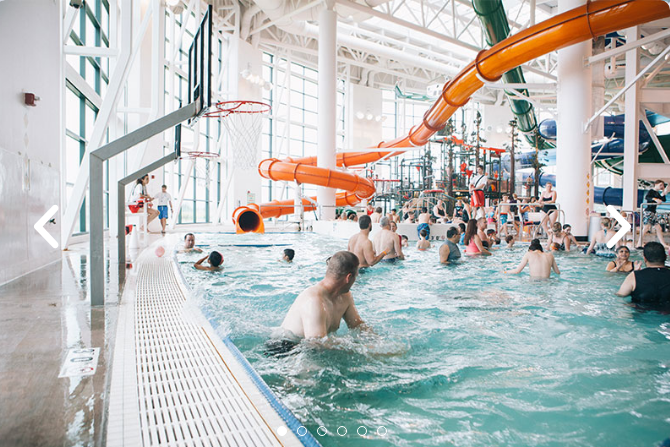 This is what I wrote about the closed waterslide.

These are some of the attractions in Wings and Waves Waterpark, Oregon.

You slide through a dark tunnel, sliding through curved platform before finally stopping.  Your waterslide begins from the belly of a real 747 Boeing erected on top of the Evergreen Wings and Waves water-park.

Well, I don’t think people outside of Oregon state would take pains to go there to enjoy a few waterslides as the waterpark did not receive many positive reviews, most of the murmurs being the expensive tickets and not very comfortable seating arrangement. I guess only the permanent residents of Oregon alone would patronize the Wings and Waves Waterpark. 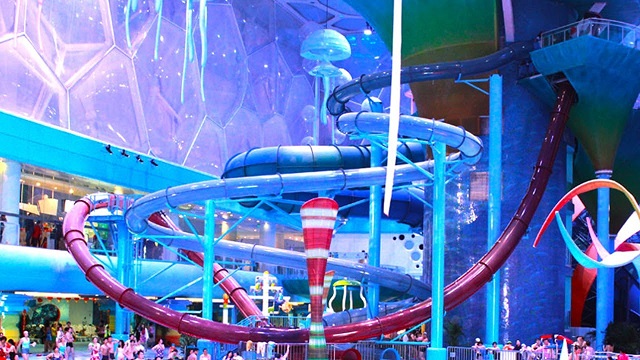 Oh, mind-boggling tubes. These tubes have a story to tell. The 2008 Olympic Games were held in Beijing, China. The so-called water cubes that were put into use during the world event are being reused after recycling. Whatever China does, it earns a big name soon after. This water cube waterpark is no wonder ranked as the largest waterpark in Asia that employs some of the most advanced indoor waterslide themes.

Of all the thrilling waterslides here, the most talked about one is called the ‘Bullet Bowl’. The name itself is suggestive-isn’t it?

Some of their other waterslides are:

In Beijing, there are 8 waterparks including the Water Cube Waterpark.

Which place can offer better Waterslides than the Disney World, Orlando? I am sure their innovation in hundreds of rides and slides cannot be matched by any theme park in the world. I bet not even the mighty Japanese and the intelligent Chinese also cannot build waterslides like the Disney people.

In the Orlando Disney World, there is a Waterslide called Summit Plummet, that is aptly named because of the vertical 120-foot drop. The waterslide goes through 12 stories and ends after 360 feet length ride.

The waterslide in the Summit Plummet lasts about 30 seconds only! One of the wildest waterslides really!

Wow! This short waterslide is really exciting even to look at the video. I think the video is well shot to give us the excitement vicariously. The waterslide down a chute of open and closed platform lasts less than 20 seconds for a 60 feet drop. The Leap of Faith can be enjoyed in one of the islands in Bahamas namely Atlantis Paradise.

Did you notice the sharks in the pool where a slider lands? Yes, they are real sharks but safely swimming in a separate tank. 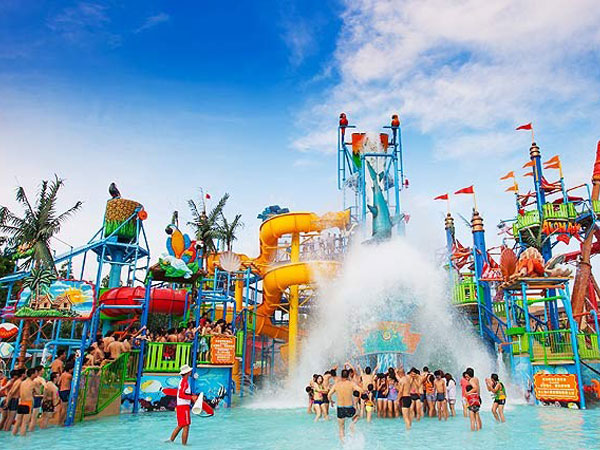 In this Chinese waterpark, there is a chilling waterslide called Tornado in which you take one of the four seats on the float that is situated at about 60 tall platform. After all the four seats are occupied, your float (vehicle) is let dropped into a funnel-like structure. As you slide through the funnel, you get a feeling as if you are sucked into a vortex created by a tornado. Sure, the after-effects of going through this screaming waterslide will make you shiver. You are then shown into a parlor where you are massaged to release your fear and stress.

OMG! It is scary indeed; certainly, not my game.

Other terrific water slides at the Chimelong Water park in China are:

This is another thrilling waterslide for a group of six persons who after seated, pushed down through a waterslide. As the float gets momentum, it picks up sped and that velocity pushes the float up, on a pillar-like structure only to slide back when the velocity decreases.

Look at the video; you will understand what the Boomerango waterslide about is.

That 10-seconds waterslide you just saw is named as ‘Insano’. I suppose it means ‘insane’ in the Brazilian language. This vertical waterslide is available in Fortaleza waterpark in Brazil. The starting point of the Insano waterslide must from a height of about 150 feet! Naturally, you slide at a speed of 65 km/hr when you fall from such a height.

5 Best Cruise Lines in the World...

A Rainbow of Birds of Amazon and...