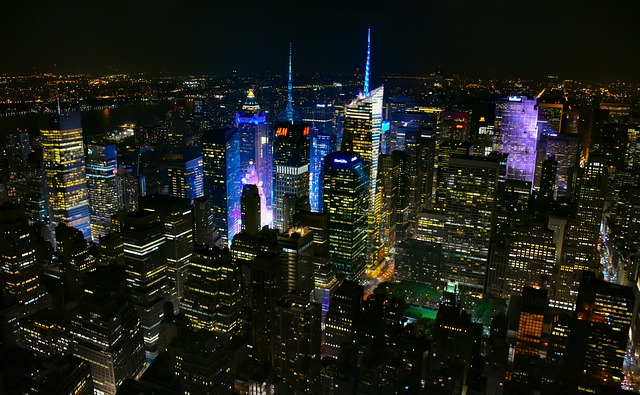 Can you firmly point to a city in the world that is fully evolved and there is no further room for evolution? No! Not even New York City can fall into such a category. New York City is the ultimate travel destination all through the year but it is certainly a dream city during Christmas and New Year because of grandly lit buildings and avenues, the snow, the decorated skyscrapers, freebies offered by restaurants, window shopping tourists-all these throw unmistakable gaiety in the air. In this blog post, you will know what the Christmas crowd (locals + tourists) will enjoy, where will they shop, what will they eat and many more. You will visit the famous landmarks in New York such as:

Those who have never visited New York can visualize through the words and images in this blog post and have a grasp of the world’s most joyous city.

I heard it has already started snowing and the rooftops and pavements in New York are filled with pure white snow. The local children, as well as the touring children and youth, go to the Wollman Rink located in Central Park for a bout of ice skating. The backdrop to this Christmas holiday destination in New York is tall buildings that are familiar landmarks. It’s beautiful to look at. It’s a star attraction among the tourists to New York since 1949. 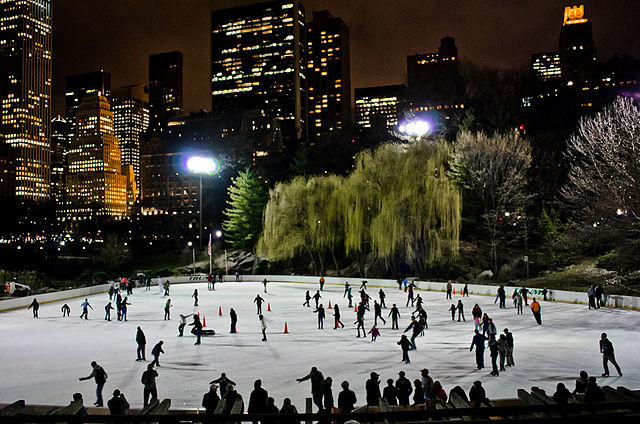 Following is the timings of ice skating in Wollman Rink on Christmas and New Year.

Irrespective of other entertainments that I would like to indulge in during the Christmas in New York, I would still find quality time to visit the world’s biggest bookshop. It is said that if one would remove all the books from the store’s shelves and start placing against each other on the road, the books would line up to 29 km!

You can see more people crowding and browsing the 1$ books. Naturally, I would be among them. As they say, it is just impossible to exit The Strand bookstore, empty-handed.

If a family of 4 people is planning a tour to New York during Christmas and New Year, they cannot avoid an argument among themselves as to what should be their first sightseeing. The Empire State building  would invariably be the first tourist spot in New York. Oh, I hear a murmur beside me from my spouse who votes for the Liberty Statue as her top priority.

Its 102 stories folks! Image the 360-degree view of the New York City from the 102nd floor. It can be rightly called ‘Breathtaking’.

This 5th Avenue sightseeing spot is very beautifully lit during the Christmas week. 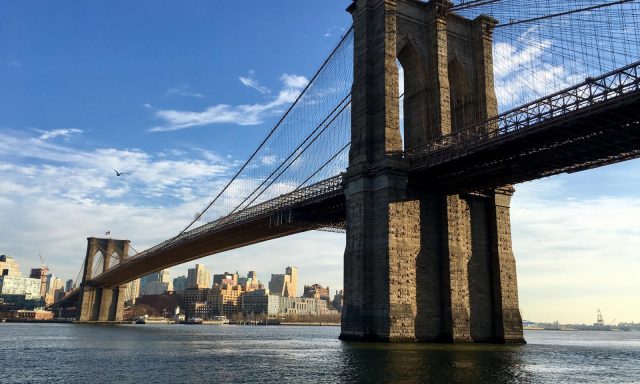 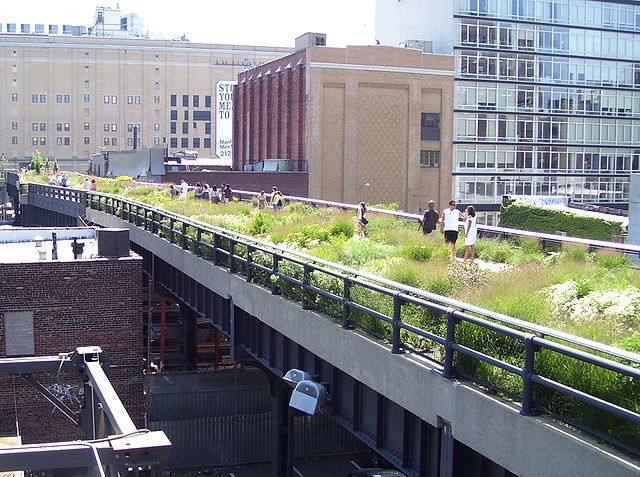 It may not be as popular as the Liberty Statue but it is still a must sightseeing-spot in New York. An old railway track above the New York City was converted creatively into a park with beautifully landscaped gardens that attract nature lovers. This elevated park is an inspiration from a similar park called Promenade Plantee in Paris.

Have you ever seen a Japanese chorus dance? The precision movements would not let you bat an eyelid. Similarly, the Rockettes’ show will make you gasp at the spectacular sight at the Radio City Music Hall. It’s a Christmas special in New York. Try not miss it.

Now it’s time to eat and drink in some of the New York’s famous restaurants and bars.

Isn’t this name familiar to you? Lombardi’s at the Spring Street is considered as America’s first pizzeria (Pizza outlet). They are said to make pizzas that the Italians would love to emulate. The uniqueness of these delicacies in Lombardi’s is, the pizzas are coal-fired. Apart from Pizzas, they make mouth-watering salads with exotic vegetables and fruits.

The varieties of beer served at the Lombardi’s are: 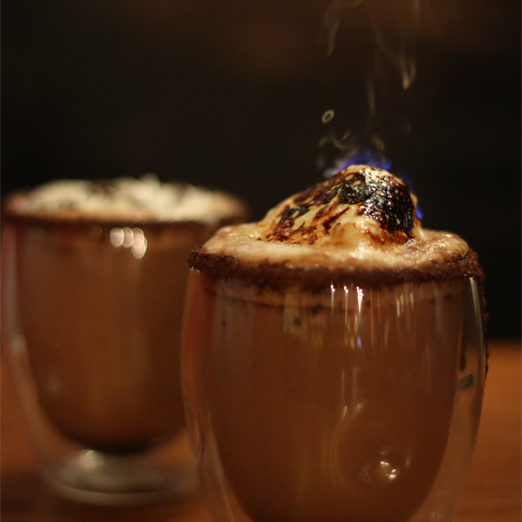 Are you still wondering why I am writing about a kid’s drink such as a hot chocolate even after seeing the image above? Are you not salivating yet? I do. OMG! Look at that glass of thick hot chocolate!

There is a Christmas special hot chocolate beverage served here. It is mint chocolate chip ice cream, a very creamy and steaming hot chocolate that you must try. It will taste delicious when the weather outside is freezing.

The Union Square Holiday Market is an ideal place to shop for myriad things lazily during a Christmas afternoon. It is advised as a must-visit shopping place here from November to February. All the gift articles are handmade.

I am sure you would have found the information interesting and you are itching to go to New York for this year’s Christmas vacation.

7 Weird and Offbeat Restaurant You Should Enter