I know it is not the correct time for people who look for sunny places to stay for a week or so before the schools and colleges open for the fall session.And I thought I would share my knowledge about the sunniest travel destinations for future family vacations. I expect people to bookmark the ideal Sunniest Places like sunny cities or small beach towns from this blog post. Such people who save useful information about travel are the ones who are most likely to go after their passion. Invariably, they will visit the places to see in the world that they have noted down.

Sunniest places need not be hot-right? There can be glorious sunshine but still, the heat is tolerable and pleasant.

Sunniest places are visited by people who hail from places that are dark during most part of the year such as Sweden, Norway, Finland, Iceland, and Estonia.

I read people from Scandinavian countries and to some extent, British people are the most active buyers of homes in sunny countries where there is warmth year long such as Spain, Greece, and Italy.

Let us now get to know some of the sunniest places on the Earth. They are scattered all over the world.

Sunniest Places in the U.S.

If I mention a sunny place at the outset that is somewhere in Japan, I guess you may not read further. Hence I will reserve such places for the last and chose to write about the sunniest cities in the United States first. 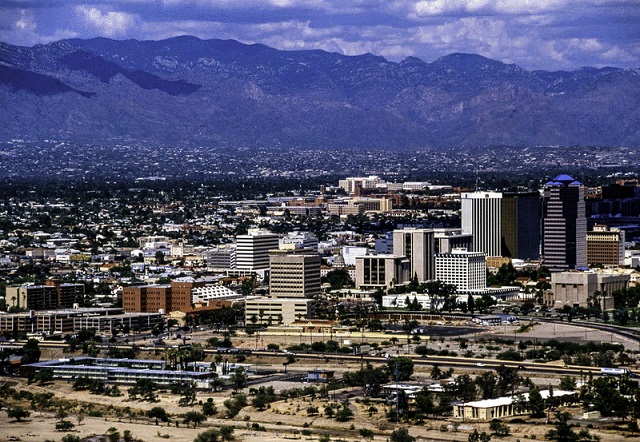 We all know the climatic conditions of Mexico. It is warm there mostly. Naturally, any city that is located within 100 km from the Mexican borders would match its warmth. Tucson in the Arizona state of America is only about 97 km from Mexico border.

Tucson can boast of clear blue skies during most of the year. Even though the temperate is hot, you don’t sweat in Arizona because of low humidity.

Tucson in Arizona is surrounded by the Santa Catalina mountains on one side and the Sonoran desert on another side. In spite of Tucson’s elevation (26430 feet), it is hot. 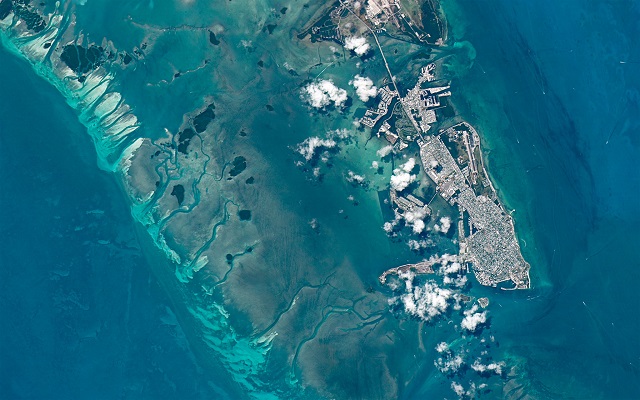 Without mentioning Florida being one of the sunniest places in the U.S., I cannot close the article-agreed? Florida state itself is warm throughout the year and within its territories lies several islands and one of them is Key West. It is part of the Florida Keys archipelago. Conveniently, Key West island city is very close to Cuba, one of the Central American countries that is thronged by American tourists throughout the year. Key West is a favorite spot among professional and amateur scuba divers for exploring the reef. 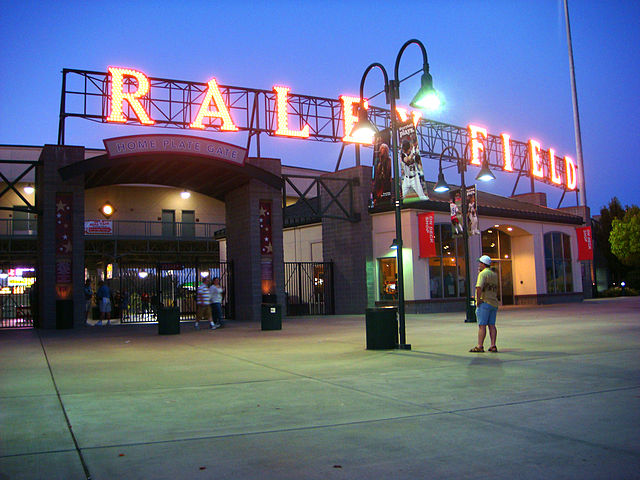 Sacramento is the darling of the Californians and attracts thousands of tourists from the colder parts of the U.S. for its sunny weather. There is no snow during winter. Of course, it rains in Sacramento but its average temperature of around 60 degree doesn’t get deviated much. Sacramento in the U.S. is a perennial sunny place and can be rated as the sunniest in California state. 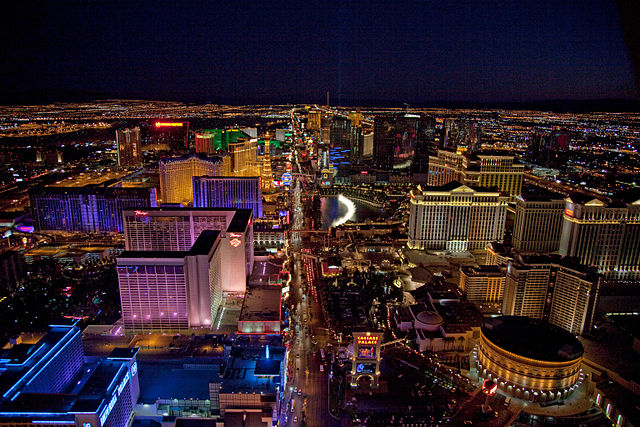 That’s sunny indeed! It’s a lovely sight of a road in Las Vegas.

The gamblers’ paradise Las Vegas is one of the sunniest cities in the U.S, because of its proximity to the Mojave Desert. Do you know why the sun doesn’t deter the eager tourists to Nevada? It has the lowest humidity of just 10% ! That means no sweating, whatsoever in Las Vegas except when you start losing heavily on the gambling wheels.

On an average, 294 days in a year is sunny in Las Vegas, making it a perennial tourist destination for Americans. Oh yes, the snow also never falls in Las Vegas with an exception of here and there. 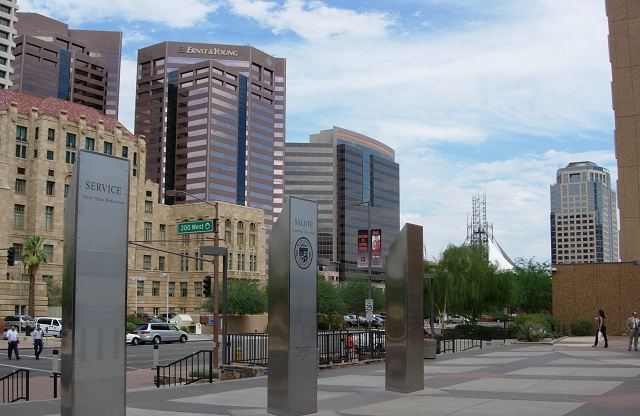 I should have placed it next to Tucson as both Phoenix and Tucson are located in Arizona state of United States of America. The whole state of Arizona called as the sunniest state in the U.S. The sunny climate can be expected year round.

Yuma should naturally follow Phoenix as it is also located in Arizona, Yuma too is friendly on the aspect of humidity factor. It is very low humidity in Yuma.

Some web pages say Yuma is the sunniest place in the world.

That completes the sunniest places in the U.S.

Next, we will turn our attention to Australia’s sunniest places. 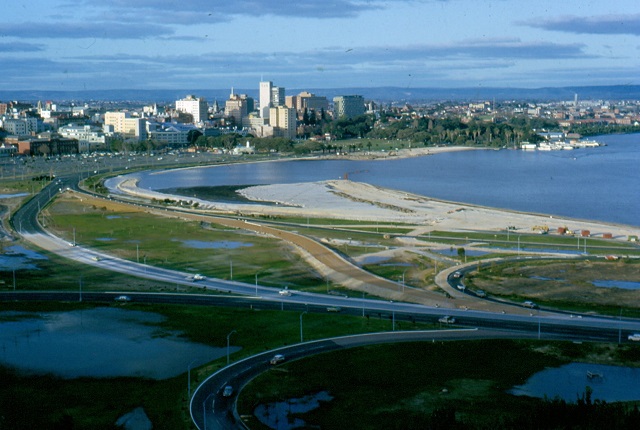 Perth is the hottest place in Australia and also the sunniest. It is the fourth largest city in Australia next to Sydney, Melbourne, and Canberra. Promised by 70% sunshine in a year, the people of Perth are said to enjoy the maximum number of outdoor days than any other Australian city. 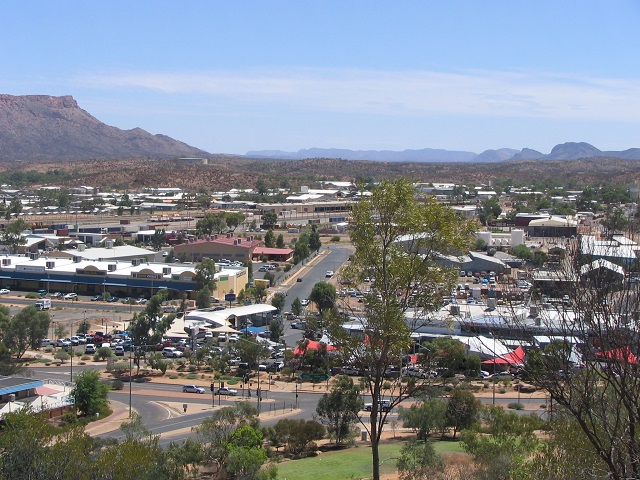 It looks dry all right from the image displayed above.

It is one of the sunniest Australian cities because it is surrounded by several deserts and the MacDonnell Mountain Ranges. Alice Springs is almost the center of Australia in its map and is called the Red Centre.

I think you should know about Cyprus, a large island in the Mediterranean Sea. Cyprus and its popular city Larnaca are great tourist attractions for their sunny climate and very little rain. 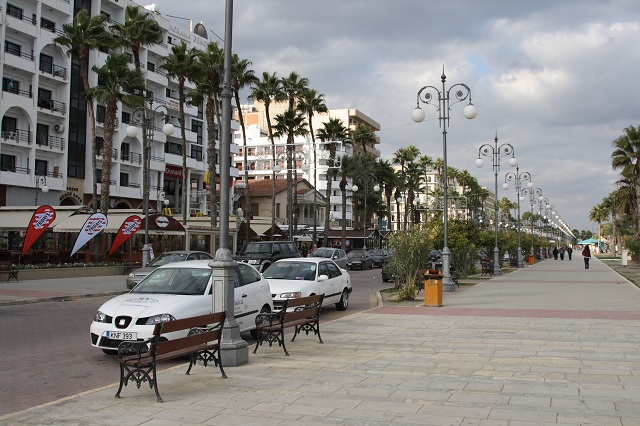 A few more Sunniest Places in the world are:

I think I don’t have to write about the sunniest places in Africa and the Middle East as the entire continent of Africa and all of the Middle-East countries are hot and sunny. There is nothing especially sunny about them.

Similarly, the entire South East Asian countries are hot and sunny. People from this part of the world will search out for the coolest places on the Earth.

Pictures spoke volumes about the places! Thanks for sharing the information.

awesome travel diary with amazing information thanks for sharing

Thanks for the kind words. Visited your blog with a range of topics.

may plan to visit Australia next year.This is useful info.
thanks