One of the world’s spectacular wildlife sights is the so-called ‘great Wildebeest migration’ in Tanzania. I am not able to get out of Tanzania, which I would call it as ‘animals own country’. I am so captivated by the wilderness of Tanzania that I could not take my eyes off even for a few minutes for fear of missing some movements out there. Look, not only me but the wild animals of Africa too like Tanzania immensely. They leave their home but maybe for a short period when the legendary great wildebeest migration takes place.

Where and when the great wildebeest migration takes place?

This great migration of wild animals occurs between Tanzania’s Serengeti plains in the south and Kenya’s Maasai Mara in the north. The animals start walking across from May but that depends on the arrival of rains in their destination.

Which are the animals that migrate?

The species called grazers that include wildebeest, 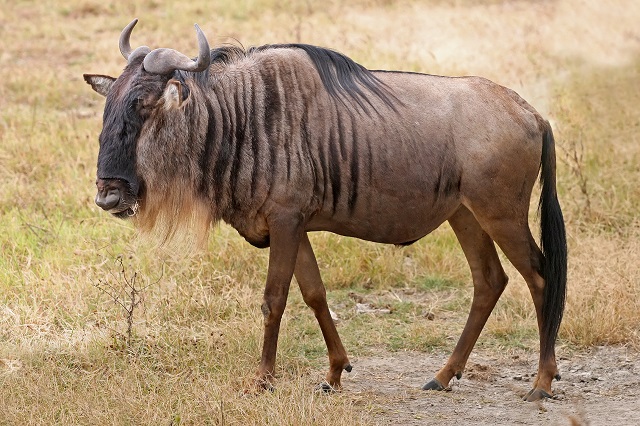 travel in large numbers to seek the proverbial ‘greener pastures’ literally.  Both the images above indicate that the wild animals belong to antelope family.

How many animals are involved in the Wildebeest Migration?

It is reported that as many as 2 million grazers walk across up to 1600 km when their Tanzanian home goes dry.

Which is the best place to watch the migration of animals?

The Mara River is an ideal place to wait and watch for the animals to arrive. The river that runs for nearly 400 km lies on the path of migration and the animals arrive at the Masai Mara region in Kenya. Since the area is too vast, the migration may occur far away from where you are waiting to watch. It all depends on your luck to watch the thundering run across the Mara River which is infested with crocodiles.

Watching the migration of wildebeest and other grazers is not guaranteed because the migration is not continuous. Animals’ behavior is not predictable. They might linger around at one place for a long time due to imagined threats from predators.

Here is a guess of their movements from Southern Serengeti to Maasai Mara and back.

When is the return migration?

It might start somewhere in November or December and again it depends on when they arrive in Kenya.

Sometimes you may have to wait for several days to see the animals cross the Mara River. Obviously, we would not have planned for it. In order to realize your money’s worth, we can drive to Lake Manyara National Park to spot African elephants, giraffes, hippopotamus, flamingos, and lions that shocking climb trees.

Loved the post. It is so close to nature and the real wilderness! Loved the pics and the information.