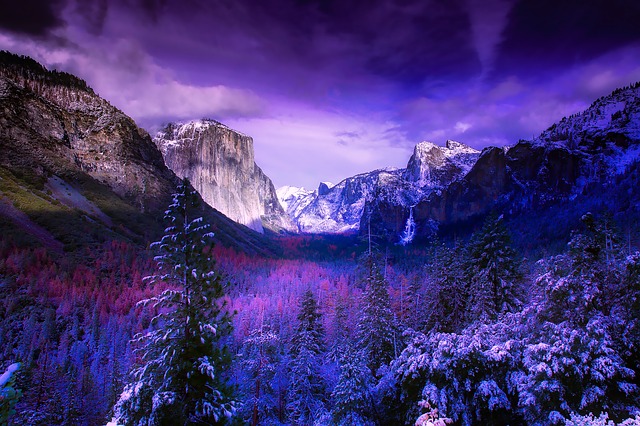 National parks across entire North America are the prime attractions for overseas tourists as well as local residents. Both the residents and the American Government share immense pride in the national parks of their residing states. They believe a visitor’s life itself will change for the better when they tour any national park in the U.S.

National parks are home to

Every national park has a spot that is a must-see for us. It may be a centuries-old tree, a small lake formed by a crater, stunning walking trails, a zip-line to hop cliffs, a sand dune, a limestone rock formations or an ancient cave.

In this blog post, you will be told of a particular place in each of the national parks that is something special. Such spots in national parks are not to be missed. In fact, try to cover the highlighted place to see in a national park before you turn your focus around other attractions.

National Parks in the United States are not just parks but much more than just flora and fauna and a picnic spot. They are unbelievable eco-systems that must be preserved for millenniums for the benefit of the future generations. 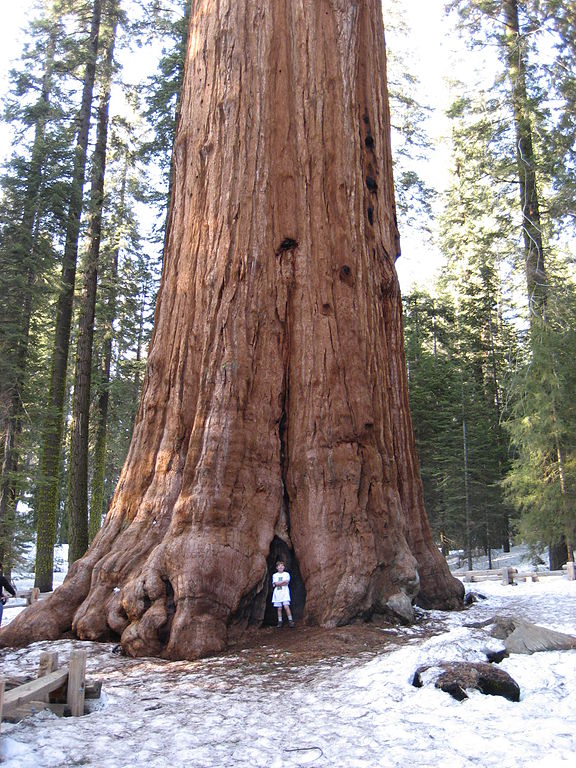 When you go to California, your guided tour will certainly include a trip to the Sequoia National Park where the highlight will the General Sherman Tree, a giant of a tree whose top we cannot see as it rises above 275 feet from the earth. Its base measures 36 feet in diameter! This is the world’s largest single stem tree. In fact, the whole Sequoia National Park is full of huge sequoia trees.

Serene and silence! Oh, how I would like to walk slowly, ever so slowly in that forest trail! The Bowl trail as it is called turns into multi-color scenario during the fall when you walk among the fallen dry leaves of myriad colors that include, orange, brown, red, pale green, and even half-white!

The bowl trail will show up a small lake and the walking path takes you around the beautiful lake. 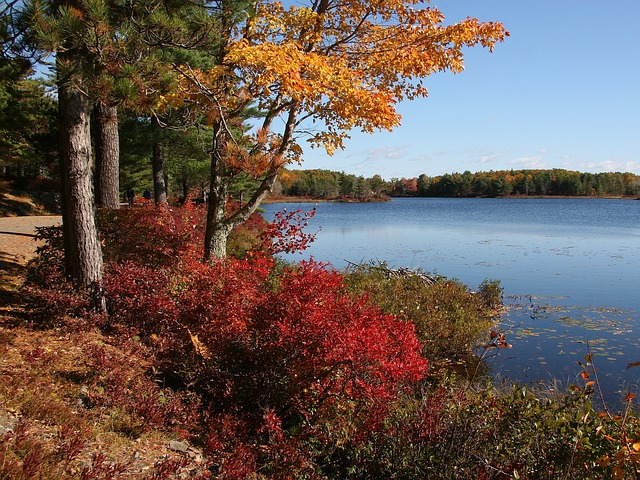 I happened to find a better video of the bowl trail, the finest and not-to-miss spot in the Acadia National Park.

A scenic drive cannot make you understand the beauty of it if I just put it in a few words. A video can speak to you in the perfect language and here it is-the video that shows you the scenic road when you start your drive Hurricane Ridge Visitor Center parking lot and then on to the Obstruction Point Road in the Olympic National Park.  The drive terminates at the trail end.

All along the drive, you will see tall and green trees, deer and fawns. When you stand at the Olympic Point, you will gasp audibly at the breathtaking panoramic view of the snow-clad mountains.

You’ll see glaciers and get breathtaking 360-degree panoramic views of the mountain.

You stop your car midway and explore the forests on foot.  You will be greeted by clear-water lakes and the absolute silence of the forest.

The difficult-to-pronounce Haleakalā National Park is located in Maui island, one of the Hawaiian Islands, United States. In the past, this national park was attracting tourists with its Haleakalā Volcano when it was in a dormant state. It is still dormant, buddy.

First, let us look at the beautiful and fairly large Hawaiian Goose called nēnē. It is an endangered wild animal.

Next comes the “Waimoku Falls” in Maui’s Haleakala National Park. 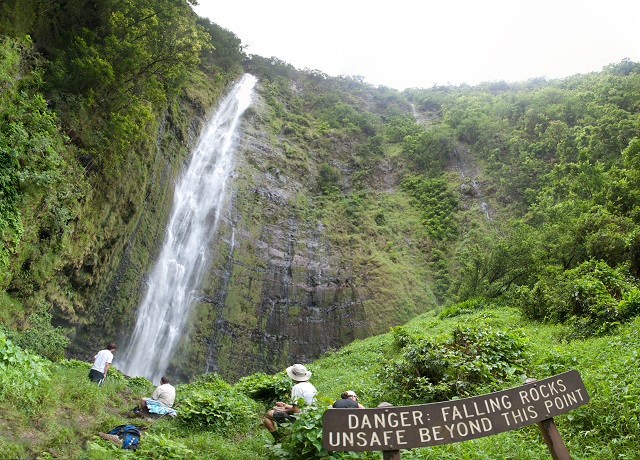 It is written that the way to the Waimoku waterfalls is stunningly beautiful with tall bamboo trees. Walking through the bamboo forest is a thrilling experience. The silence can be intimidating.

The trail through the bamboo forest will end at the thundering water body-the “Waimoku Falls”, a wonderful sight in the Haleakala National Park. 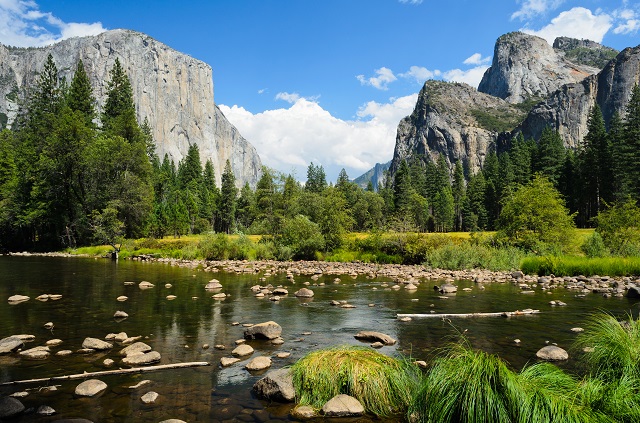 I warned you already not to visualize a national park located inside a fenced area. The Yosemite National Park spread over an area comprising over 5400 sq.km! Can you mentally stretch your vision that far and see what lies at the end of it? No, of course not. 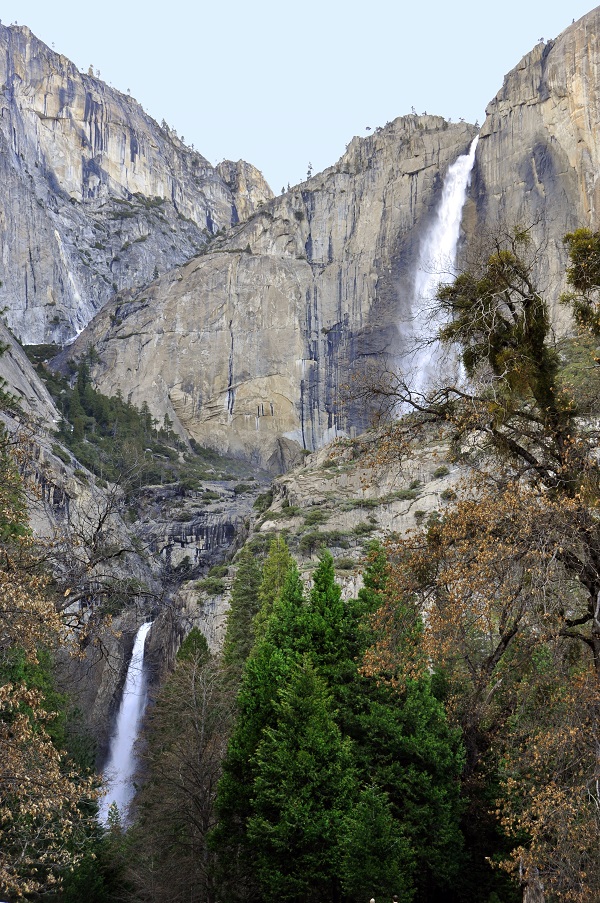 There are 12 more national parks in the U.S. that I intend to visit and identify the not-to-miss spots in those national parks. Once I complete my tour, I will share my experience here.

awesome its real location or illusion i cant believe this