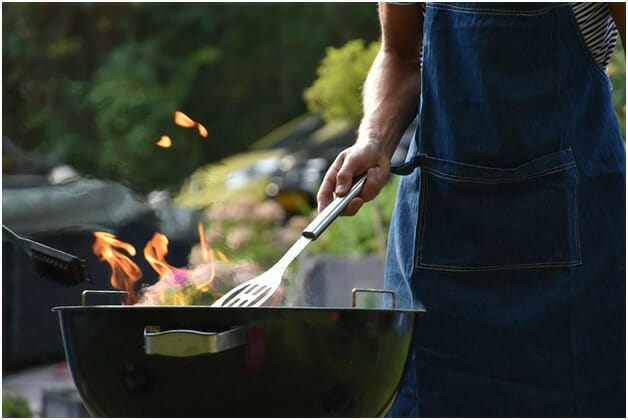 A significant part of traveling is trying the area’s cuisine. While some items may not feel appetizing initially, you may develop a taste for them. Experiencing different foods helps you feel connected to the culture of the area you’re visiting.

Missouri is a midwestern state, forming the Greater St. Louis Area with Illinois. It’s no wonder it is home to St. Louis cuisine, a subtype of midwestern food. You can find these foods served in various restaurants in Town and Country. Next time you visit the area, don’t forget to check out the delicacies. Here are some Missouri foods you should try at least once:

While frog legs may sound unusual to most Americans, they are considered a delicacy in French cuisine, known as Cuisses de Grenouille. French cuisine heavily influences Missourian cuisine, and frog legs are famous in the Ozark region of the state.

The frog legs taste like a mix of chicken and fish and are fried with cracker crumb breading or egg batter. People also eat grilled frog legs, but you will mostly find deep-fried frog legs at fairs. Frog legs mostly come from the bullfrog, an invasive species that destroys amphibian life in the state. Consuming native frogs is a banned practice.

Named after the St. Louis geographic region it originated from, this pizza is unique for not using yeast. Instead, it has a fragile, thin crust like a cracker. St. Louis-style pizza uses Provel cheese. The cheese is a mix of provolone, swiss, and white cheddar cheese, giving the pizza its unique taste. The Provel cheese is rarely found outside the St. Louis area, making it a local delicacy. Chefs cut the pizza in tavern style (squares). The tavern cut ensures the toppings don’t crack the crust.

BBQ is well-liked throughout Missouri, and you will love this local take on a brisket barbeque. Burnt ends refer to barbequed meat from the ‘point’ half of the brisket. This part has more flavorful meat but requires a longer cooking time due to the high fat and collagen content. Once the Chef cooks the meat, the burnt ends are returned to the smoker for further cooking and are often re-seasoned. An ideal burnt end should have some char on one side.

When a pasta chef in Missouri accidentally drops a ravioli in a deep fryer, you get a new dish. Accidentally invented by Chef Fritz, toasted ravioli is now a typical food in Missouri. The ravioli is filled with meat, breaded, and deep-fried until browned and crispy. It is typically served with a marinara dip and topped with parmesan cheese.

A typical Missouri dessert, the gooey butter cake is flat and dense and is served with coffee. Invented through an accident when a baker reversed the proportions of flour and butter, the cake is barely an inch tall and contains hefty amounts of butter. Modern takes on the take use yellow powder mix and cream cheese. The baker usually dusts the cake with the confectioner’s sugar before serving. While meant to be served fresh, many Missouri bakers also sell boxed gooey butter cakes.

Missourian food is a unique American taste and is heavily influenced by French cuisine. The food is considered a part of midwestern cuisine and features delicacies like frog legs. Innovative Missourian cuisine includes St. Louis-style pizza, toasted ravioli, and butter cake. Be sure to try these meals the next time you’re in Missouri.