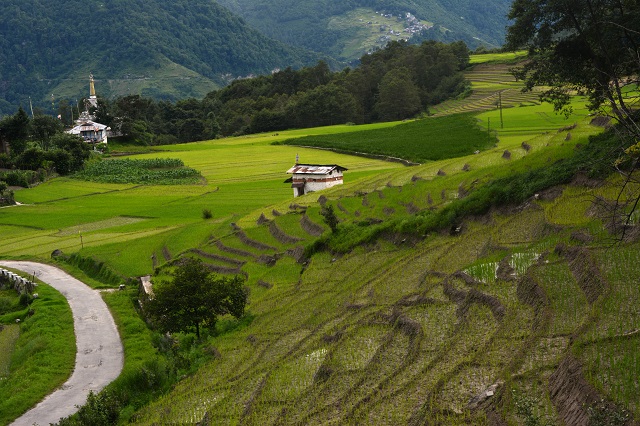 Do you like meeting tribes of Eastern Himalayas? They dress attractively; especially the headgear will command a second glance.

Here is an image of a native resident of Arunachal Pradesh: 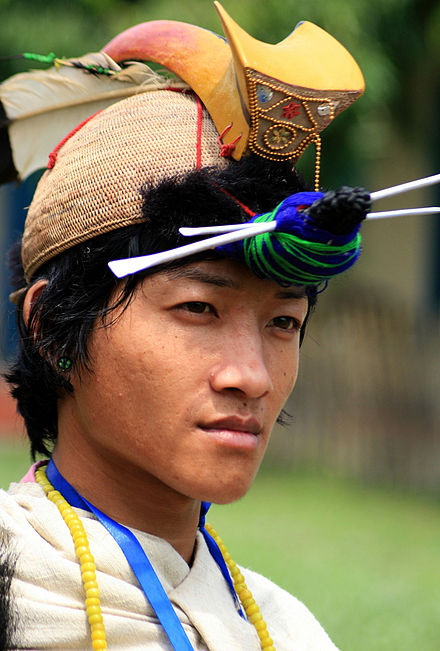 This is a Nyishi man in traditional dress.

Do you want to see people like him in Arunachal Pradesh?

I will show you another image of a spectacular hill stations in Arunachal Pradesh. I am sure, it will fire your urge to see another hill station in India that you have not seen or heard of it thus far. 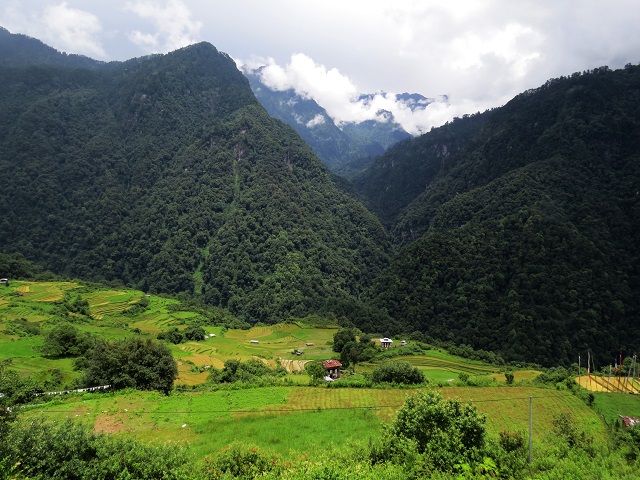 Isn’t that a breathtaking scene? 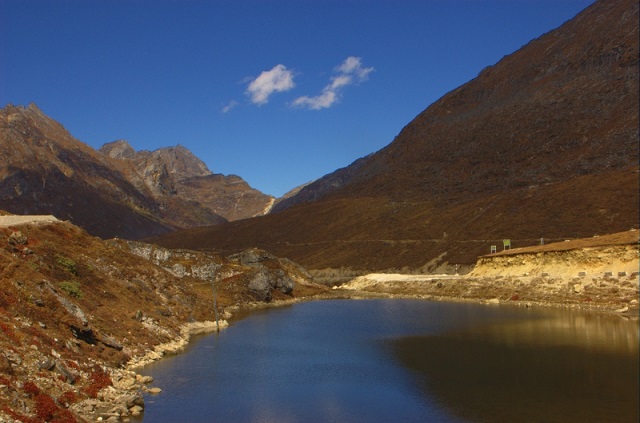 I think these three images are sufficient to urge you to visit the breathtaking hill stations of Arunachal Pradesh. 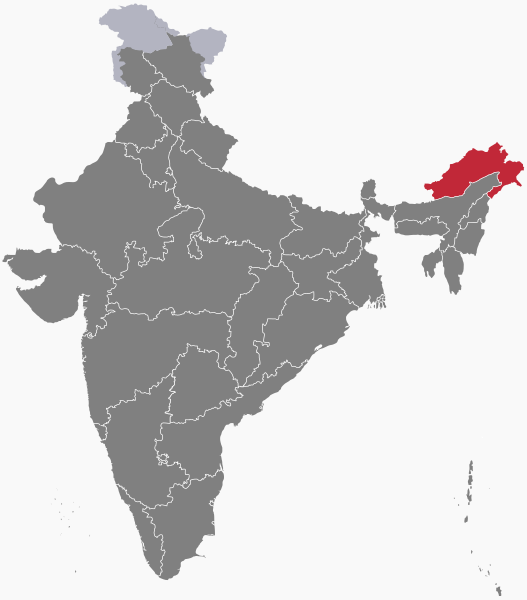 As you saw the map the neighbors on its borders are:

Let us know 14 beautiful hill stations in Arunachal Pradesh, the north-east state of India, a part of which was once claimed as their own by Taiwan and China. It resulted the Indo-Chinese war in the early 1960s.

You can go to Ziro Valley from Itanagar by road and the distance to cover is around 125 km.

The reasons for me to list Ziro Valley at the top of the 15 hill stations in Arunachal Pradesh are: 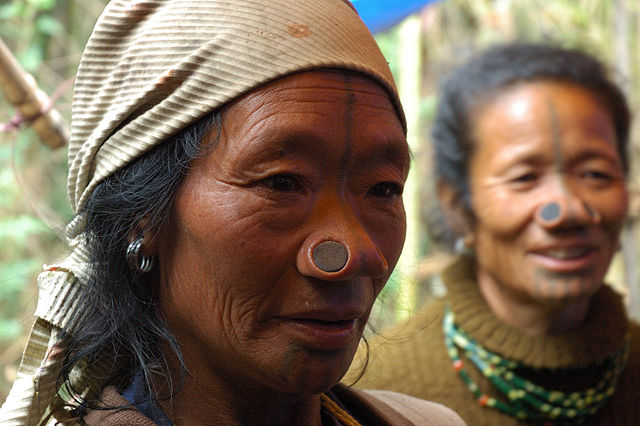 If you spend just one day in Ziro valley, the best hill station of Arunachal Pradesh, you will realize it is a sheer paradise on Earth. You would seriously consider relocating to Hill Stations in Arunachal Pradesh.

Places to see in Ziro Valley: 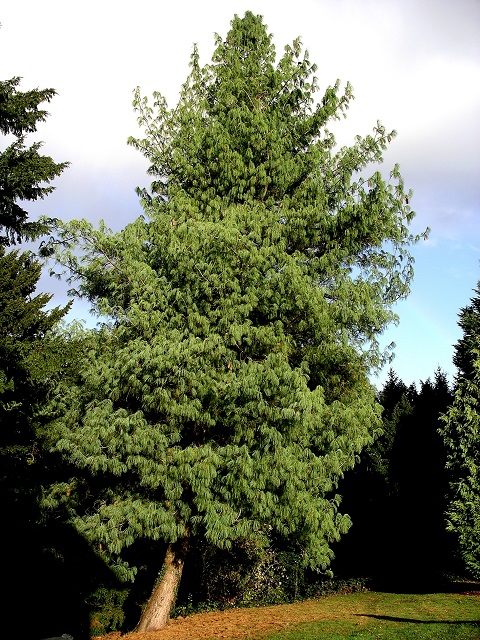 Hotels to stay in Ziro can serve nearly 600 tourists a day. There are resorts and hotels at every price. Ziro Valley hill station is not very expensive when compared to the hill towns of Himachal Pradesh and Kashmir.

There are several high altitude passes in North-Eastern India. These breathtaking places should be treated as day-trip spots from where you stay.

From a mere 5600 feet, we are going way high up in the Eastern Himalayas now. The Sela Pass is located at a height of a whopping 13,700 feet!

Hmm… I feel the suffocation now. 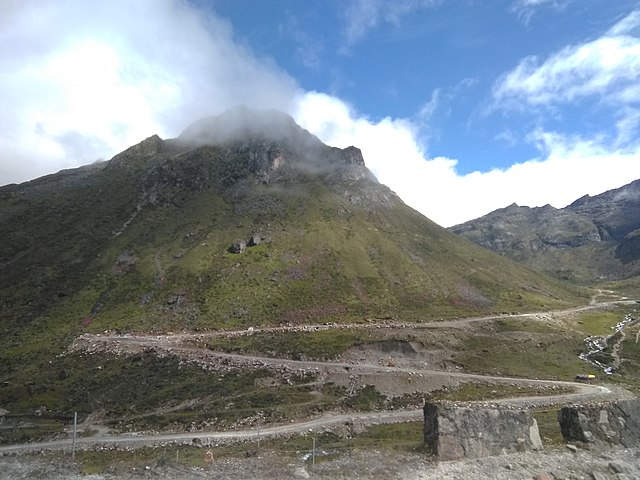 At this alpine altitude, you don’t see any vegetation. This hill town in Arunachal Pradesh is usually shrowded in snow throughout the year. 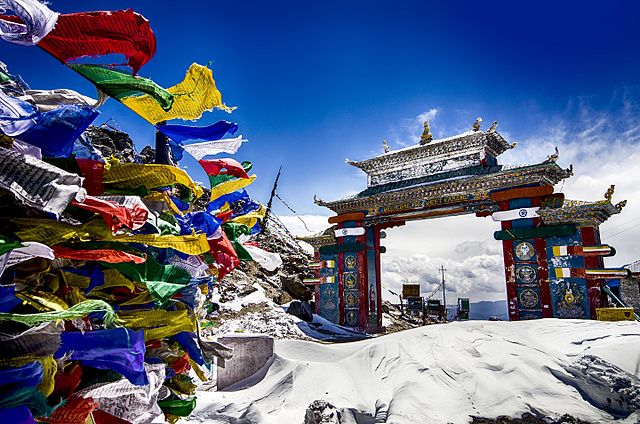 If you travel through Sela Pass, you will never forget the scenery on either side of the road and also in front of your vehicle. 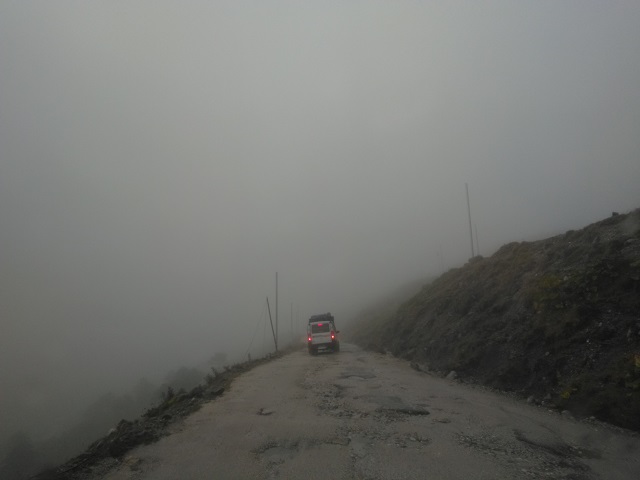 There is a lake here called Sela Lake. Not only that, mate, but there are 101 lakes in and around the Sela Pass. All these 100+ lakes are sacred to the local Buddhists. 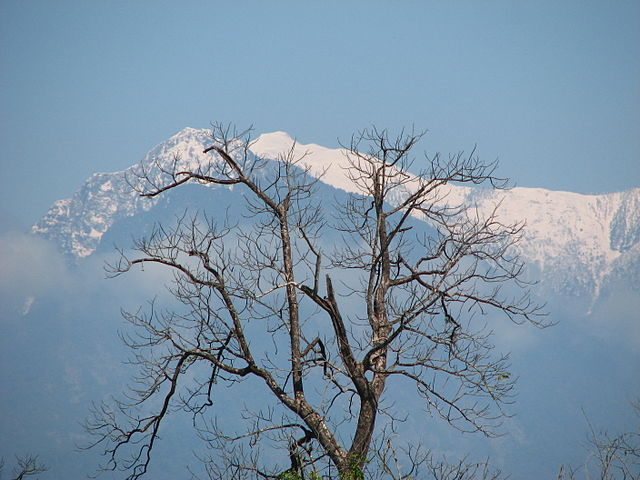 It is a hill station that is rather unknown to the majority of the Indians but once you take a bold decision to visit, you will vow to promote it through your blog as one of the quaintest hill stations in India.

Just wander through the deserted town, hike through the meadows at high altitude and spot some of the rare birds that you won’t find in the plains.

Here are a few East Himalayan birds that you can see in Arunachal Pradesh: 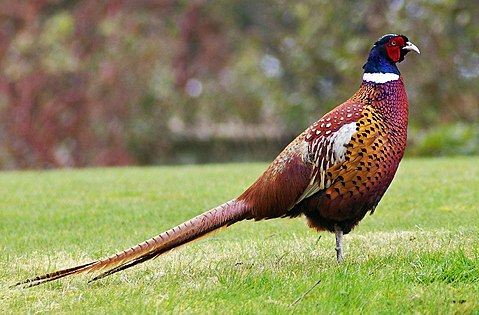 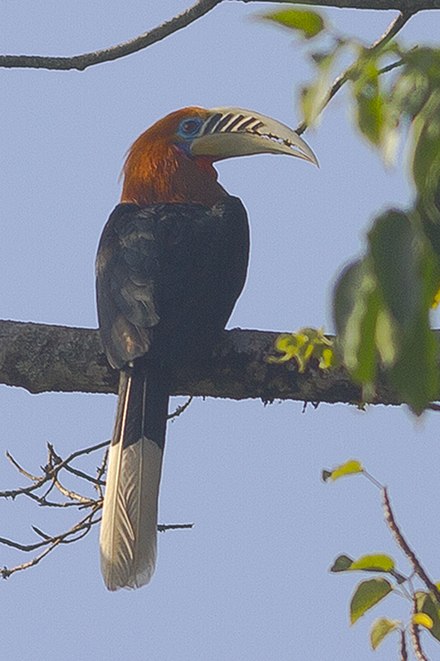 If you are passionate about meeting the native tribes of Arunachal Pradesh, you can ask around to see the Idu Mishmi tribes. 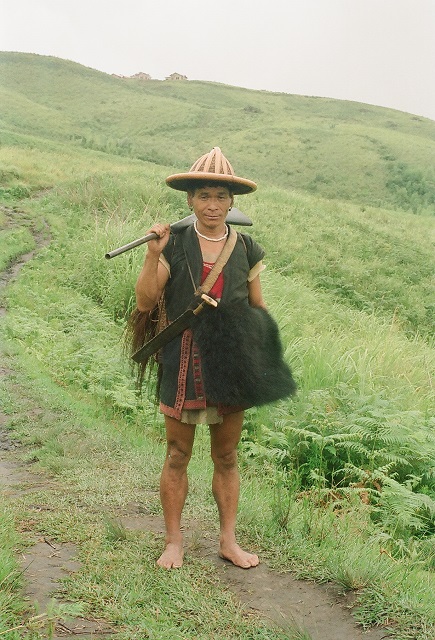 Anini hill station is located at an elevation of 6,457 feet!

You can call it a small hill station as it is located at a height of just 700 feet but see its scenic beauty. 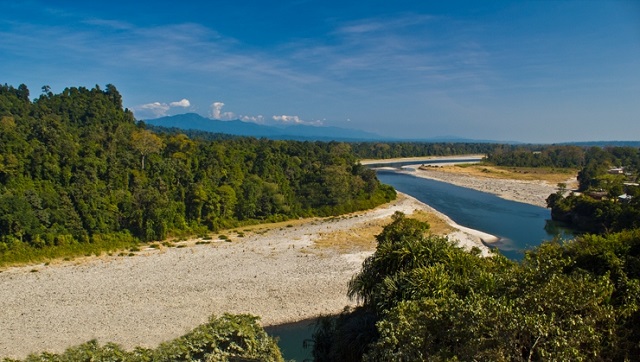 The river you see on the image is Kameng River.

It is an excellent place to examine the enchanting wildflowers at this altitude. Added to the attraction is the range of beautiful butterflies. 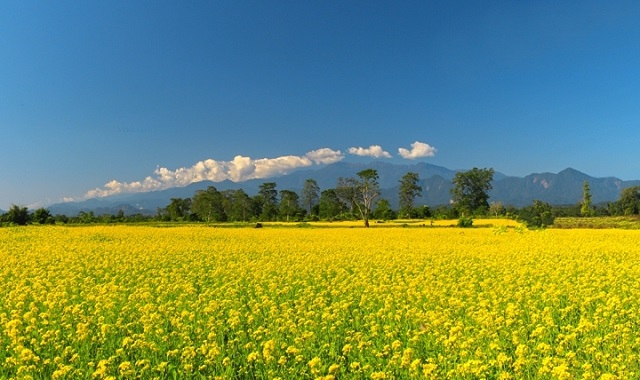 Nearby, you can visit Pakhui Wildlife Sanctuary where you can spot Snow Leopard if you are lucky.

If you happen to know a local tribal festival when you are touring Arunachal Pradesh, don’t fail to show up. It is an extremely colorful dance with wonderful music.

This is another low altitude hill station of Arunachal Pradesh at just 700 feet! Nonetheless, it is situated at the foothills of Eastern Himalayas and this is more than a valid reason to visit this laid-back hill town.

The hills you see in the backdrop of the water body is called Mishmi Hills.

The most beautiful tourist attraction in Tezu hill station is the Glow Lake.

If you love hill stations, Tezu should be on your bucket list. 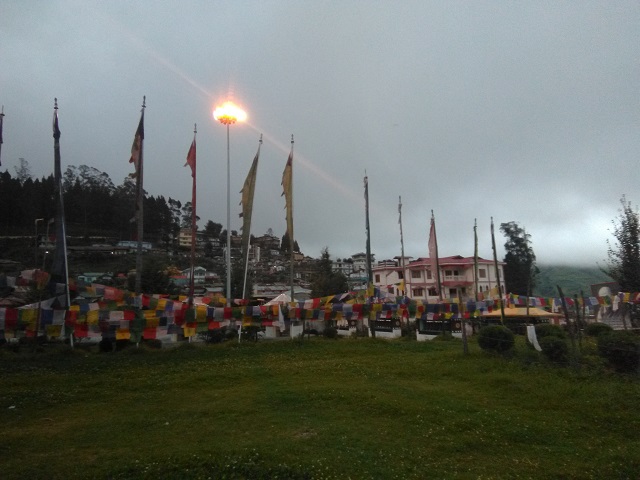 Bomdila is really on top. Its altitude stands at 8000 feet on the Eastern Himalayas.

Bomdila hill town sits among the tourist favorites for its towering hills and scenic settings.

The Eaglenest Wildlife Sanctuary attracts a large number of people from the bordering Assam state.

Nearby attractions of Bomdila:

Khonsa hill town though occupies an elevated position (4000 feet) does not enjoy the status of a hill station. In spite of diverse ethnicity, the place is less crowded from a tourist point of view.

For wildlife enthusiasts and hikers, Khonsa hill town is a haven.

Namdhapa National Park is located about 170 km away from Khonsa. 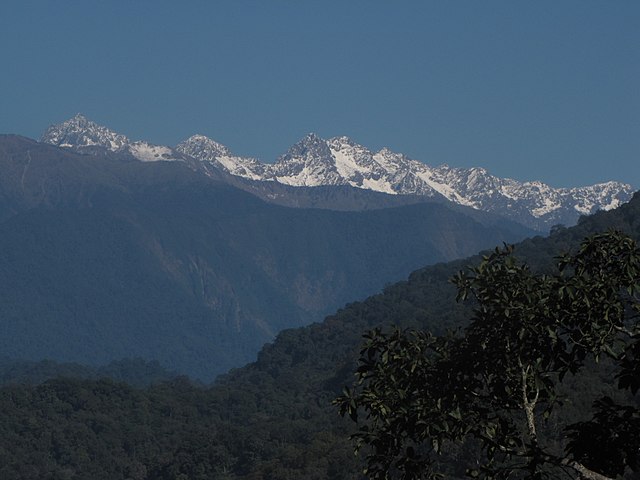 Depending on your luck, you can spot the big cats that include:

If you would rather spot the Eastern Himalayan birds in Namdhapa National Park, you will see a range of babblers, falcons, and eagles.

Eurasian Hobby is a rare bird that lives only in this region of North-eastern India. 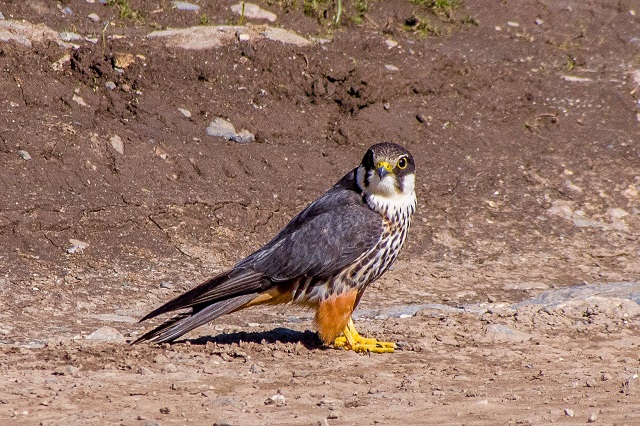 The strong legs indicate it is a falcon species.

A couple of species of Partridges also live here. 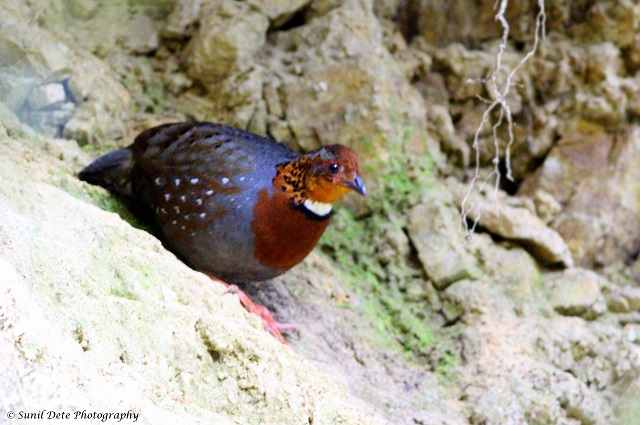 This is not a very popular hill station located at just 2000 feet above sea level but it is still a hill town where you can enjoy a pleasant weather if you visit during December-January.

It has breathtaking viewpoints and is blessed with dense vegetation, a great habitat for birds, insects, and reptiles.

Beautiful, isn’t it? This very popular hill station is located at an altitude of 10,000 feet! It is the birthplace of Dalai Lama, the spiritual head of Tibetans. 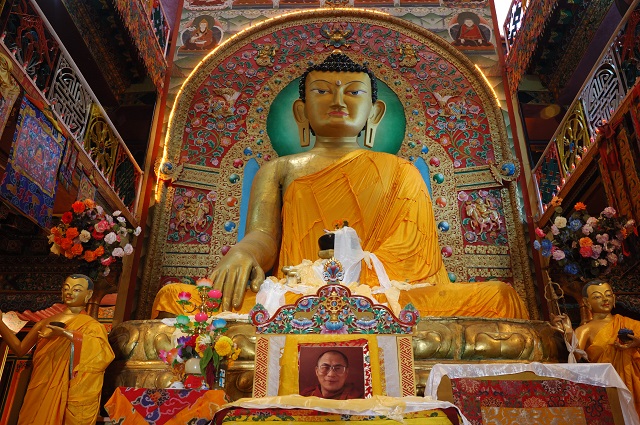 Tawang is the gateway to several attractions of Arunachal Pradesh that include: 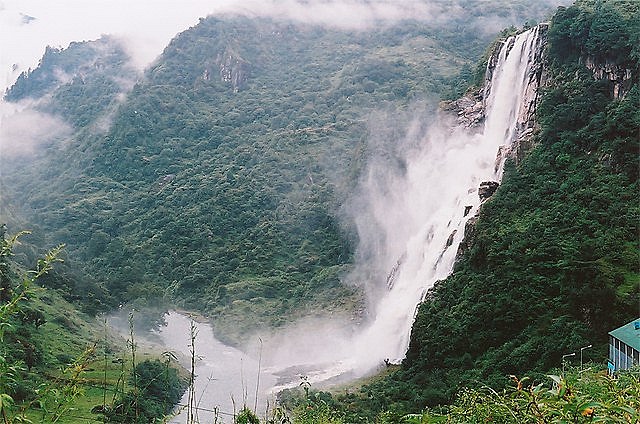 The water is falling from a height of about 350 feet!

As the tourist crowd is good at Tawang, quite of staying options welcome the tourists.

As I mentioned earlier, most of the cities and towns in Arunachal Pradesh are either located on high altitude Eastern Himalayas or just at the foothills of some evergreen mountains and snow-clad hills.

Roing is one such place in Arunachal Pradesh located amidst hills and beautiful lakes with a backdrop of snow-crested mountains, beautiful valleys, and rivers.

Roing is situated at a height of 1200 feet. The climate is not cool throughout the year but if your trip is planned during the winter season, you would fall in love with this tranquil hill town in Arunachal Pradesh.

The evergreen hills surrounding Roing are good for trekking and bird watching. Dibang River when is in full flow invites whitewater rafters.

Roing is located close to Assam facilitating tribes from Assam and Nagaland to move across to live in Arunachal Pradesh.

Places to see win Roing and nearby places:

It is a typical landscape of Arunachal Pradesh housing wonderful species of flora and avifauna. Yes, you can spot the elusive and athletic panthers in Menao National Park. The beautiful blue-napped Pita is a native of the Eastern Himalayan region. 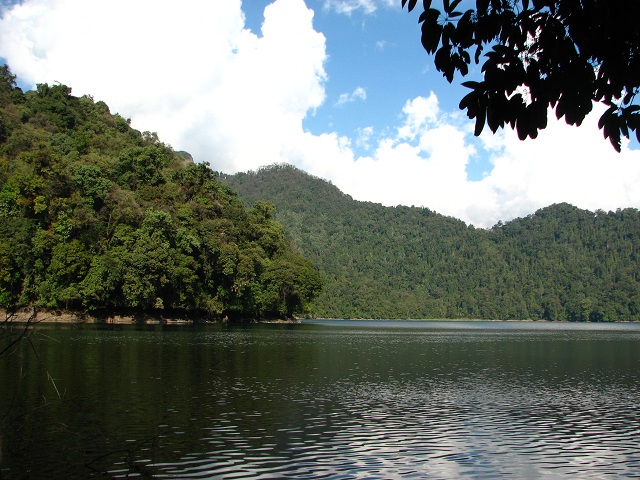 If you are curious about this hill station of Arunachal Pradesh’s altitude, it is 4100 feet!

This is a gorgeous hill station that is unspoiled and unexplored even by the permanent residents of Arunachal Pradesh. If you foray deeper, you may come face to face with another set of tribal people.

You can plan a day trip to Hunli hill town from Roing which is 2 hours driving distance away. 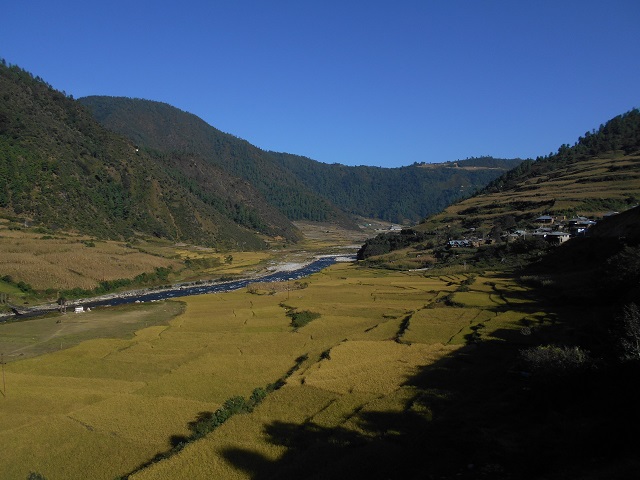 Dirang hilly village is located at a height of 5000 feet. It is almost an alpine height thus keeping the weather cool,  perennially.

If you are lucky, you can hire the services of a local tribe as a guide who will show you some hidden gems that include:

Sangti Valley is an absolutely enchanting natural beauty and it is certainly an unknown tourist attraction in Arunachal Pradesh.

Unnamed trees and strikingly large wildflowers are abundant in Sangty Valley. The residents of Sangty Valley are a truly blessed lot. 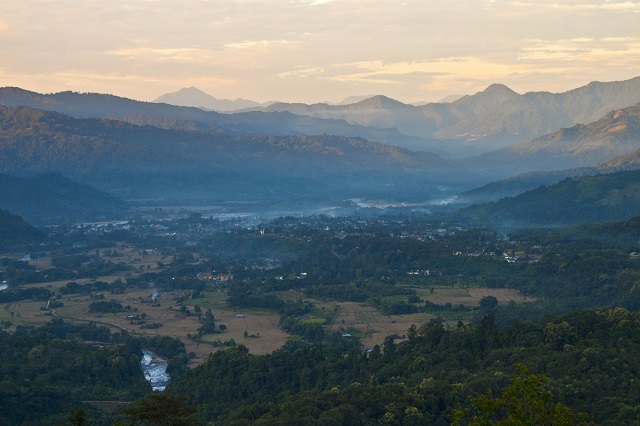 Its elevation is 2100 feet. It is scenic with a mountainous background.

Along hill town is easily accessed from Assam. 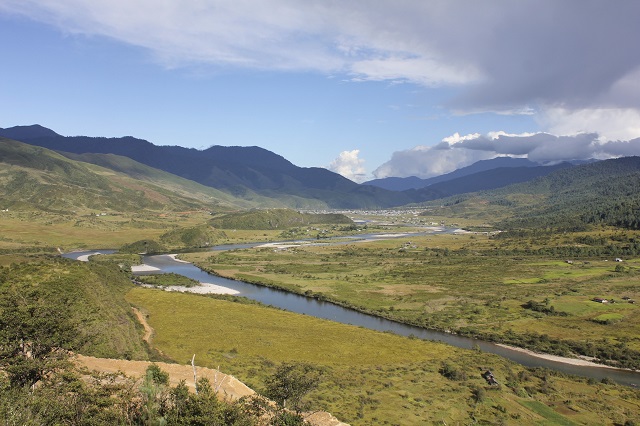 This picturesque hill town is close to the McMahon line, China border.

At 6000 feet, the Eastern Himalayas loom large in the backdrop showing its snowy crown much to the delight of the tourists from Indian plains such West Bengal and Orissa. 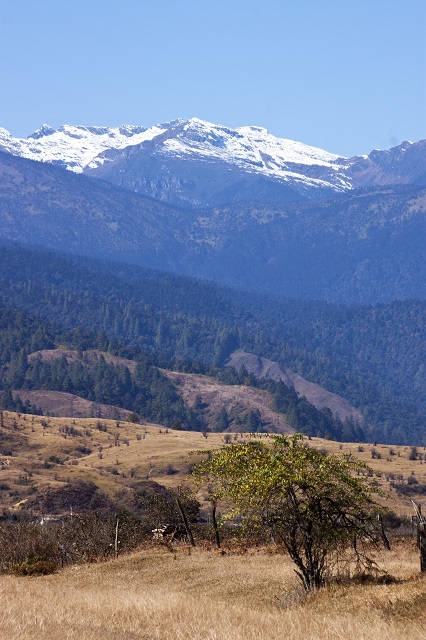 If I ever go to this place in North-east India, I would try to pitch up a tent among the pine groves and listen to the silence. 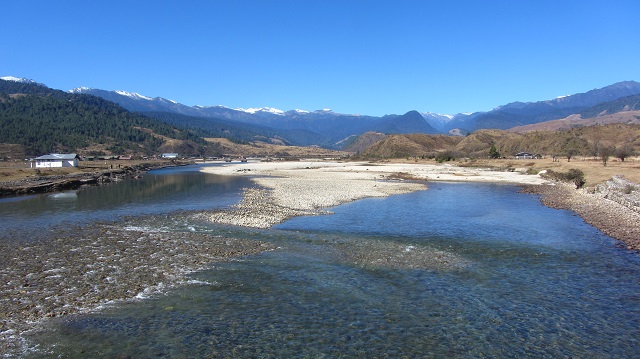 This is River Siyam adding to the popularity of Mechukha hill station.

The tourist arrival has picked up significantly over the years.

Buddhists from China and Tibet frequent Mechukha to visit the 4 century-old monastery.

North-east India is a treasure of natural beauty that is largely unexplored even by the Indians living in that region such as:

The hill stations in these Indian states are less popular and thus uncrowded.

The culture is diverse and their food too. The landscape is simply breathtaking.

Visit these 14 Breathtaking Hill Stations in Arunachal Pradesh during your next holiday.

Best Places to Visit in Jodhpur on a Weekend