Thus far, I have been writing extensively about the sightseeing places in the world that are superterranean. I think the word ‘superterranean’ is not accepted by our friend Google; so let us stick to the more common ‘above the ground surface’ as the antonym of subterranean.

Yesterday, when talking to a few friends in the park, one woman asked me if I knew of any interesting and fantastic places that are hidden under the earth. Though I murmured a few places that I know such as the Poço Encantado in Brazil and the River Saraswathi in India, I escaped from the scene promising that I will come with more solid answers. 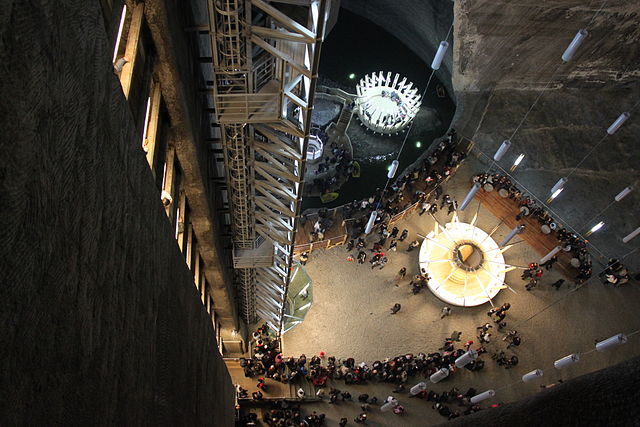 While the Poço Encantado is a cave that houses a lake, the River Saraswathi is a hidden water body in India that vanishes into the earth in the Himalayas only to surface again in Allahabad.

In my research of the hidden wonders of the world, I came to know that some of the fantastic subterranean places are natural occurrences and some of the underground wonders are man-made. 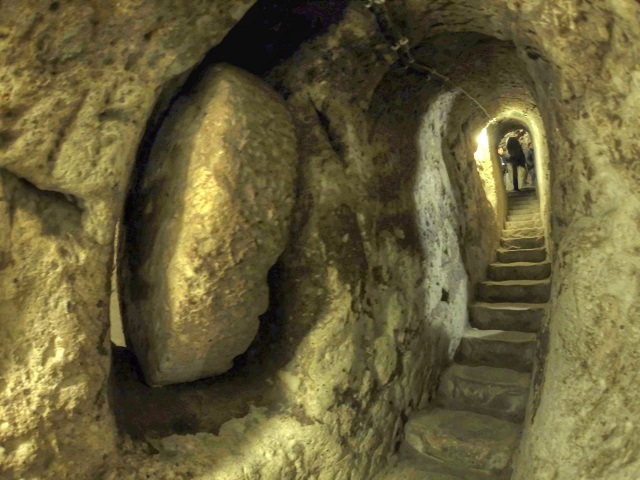 When you key in the red colored words on the web, you will see the Wikipedia says it as an ancient underground city of Turkey. Notice the word ‘city’. It is not just the ruins of a building or two folks, but a multi-level, man-made city! Do you know this subterranean city did not appear to the archeologists just under a few feet when they started digging? The city lies even today below 200 feet from the surface of the earth!

It is believed that the underground city Derinkuyu is connected with about 200 such subterranean cities and all of them belong to the Byzantine era. The Christians built these world wonders to protect themselves from the invading Muslim Turks. 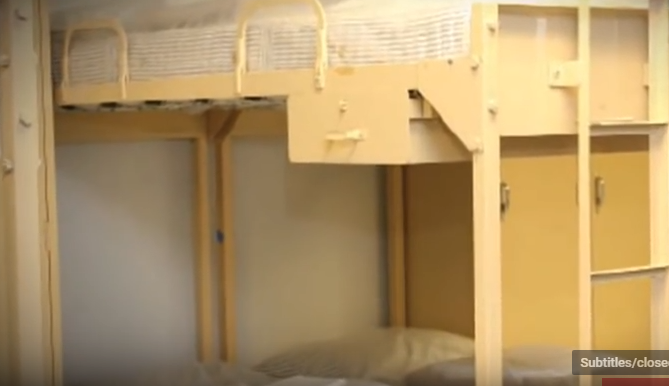 So, this man-made underground safety haven still exists and that too, very close to the American capital city Washington D.C. Incredible-right? I know this subterranean place cannot be called as a wonder but still, it is sightseeing place in the U.S. Only certain kinds of tourists would be interested in joining a guided tour of the underground bunkers hidden under the Greenbrier resort that is located in White Sulphur Springs, West Virginia. It is some 400+ km from the White House.

It was originated from the American President Dwight D. Eisenhower. It remained a secret shelter till as late as 1992 when the goose was let out of the bag. This Cold War Bunker has been a tourist attraction since 1995. 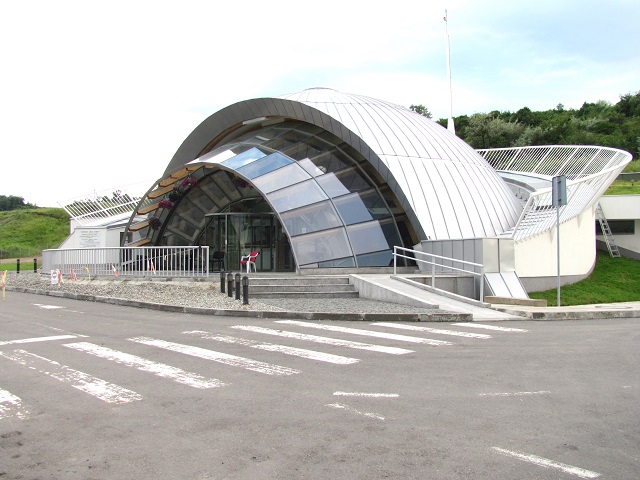 It is now a part of the Turda Salt Mines in Romania that was transformed into an unbelievable amusement park. The Turda Salt Mines in Transylvania is a worldly tourist attraction that now is an incredible subterranean entertainment center along with a museum. The entertainment includes a golf course, a basketball court, and a giant Ferries wheel. The underground lake even offers boat ride. Oh, that must be an experience of your life!

The Salina Turda is considered as one of the true underground wonders of the world by a few leading magazines. What a great achievement by transforming a large salt mine from where the salt mining was performed for several centuries since the 11th Century!

The waterfall you see in the video is located at Mana, a village, the last one in India at the Tibet border. The pilgrims to sacred Badrinath temple in India usually trek up to this spot where the Saraswati river in the form of a waterfall disappears into the earth and become untraceable for nearly 800 km. It then surfaces in Allahabad to meet the other two holy rivers of India, the Ganga, and the Yamuna. This subterranean beauty is clearly visible in the Mana village, Himalayas. 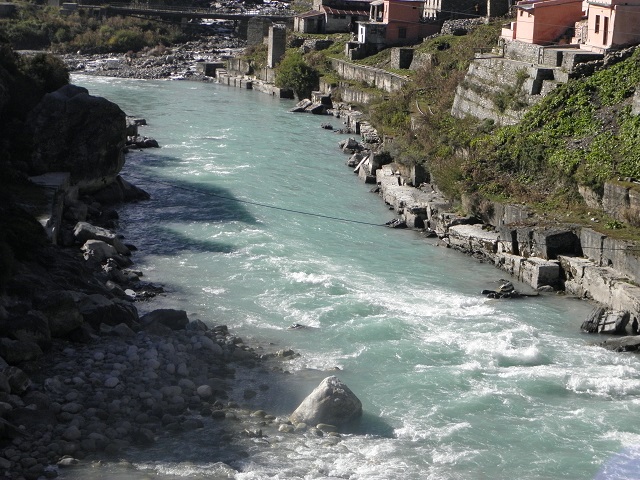 Ah, one more subterranean river that also comes under the protection of UNESCO. This underground river is in the Philippines and is called Puerto Princesa. 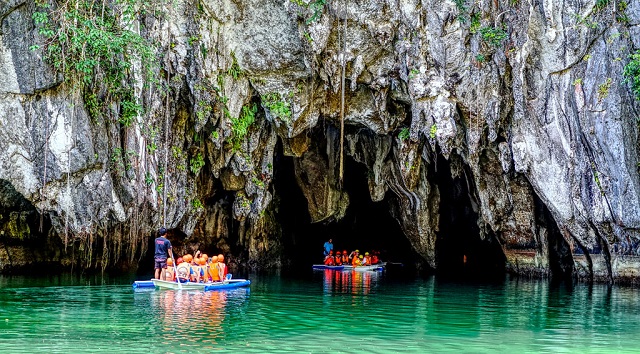 However, unlike the underground river Saraswati that flows for 800 km below the earth, this Philippines river goes underground only for about 9 km in the Palawan island. The entire area has attracted so much of tourists from in and around the Philippines that it has been converted into Puerto Princesa Subterranean River National Park. It seems not only the tourists but the long-nosed dolphins and ray fish to have developed a liking for the underground wonder and made the place as their habitat.

The Puerto Princesa Underground River is included in the list of New7Wonders of Nature. The national park in the Philippines holds so many breathtaking scenes and it is a must-visit subterranean attraction the world.

I gasped audibly when I saw this blue shade. What a strikingly beautiful blue water of a subterranean wonder in Brazil!

The Poço Encantado is actually a cave inside which is the underground lake. To go to this natural hidden beauty, you need to go to Chapada Diamantina region of the Bahia state located in the Northeast part of Brazil.

Note: In order to see this fantastic and dreamy blue, you must plan your trip only during April and September, The natural spectacular phenomena happens only when the sunlight enters the cave through the Bahian jungle above the cave and hit the magnesium filled water lighting the underground lake so much so that you are able to see the bottom of the water body.

I thus far compiled this list of 6 underground wonders in the world. I guess there are some subterranean places that I intend to dig into.

11 Beautiful Places You Must See in United States

Best Places to Visit in Jodhpur on...