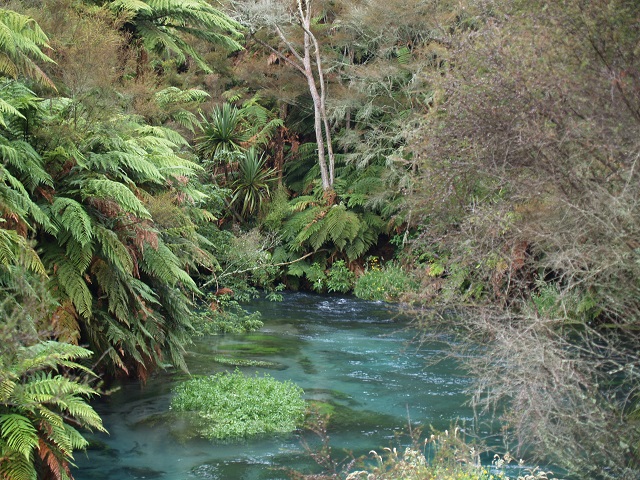 I read that the Indian Cricket team spent a wonderful time in Putaruru New Zealand and that’s how I came to know about it just yesterday. And I used to pick up topics for my travel blogs in such accidental ways.

I immediately set about finding where exactly is Putaruru is located.

In the first place, the name Putaruru sounded very odd to me. It is so unlike a New Zealandish name. It sounded more like a Polynesian to me. After all, the Polynesian Islands of the South Pacific Ocean are easily accessed from New Zealand.

Where Putaruru in New Zealand is located? 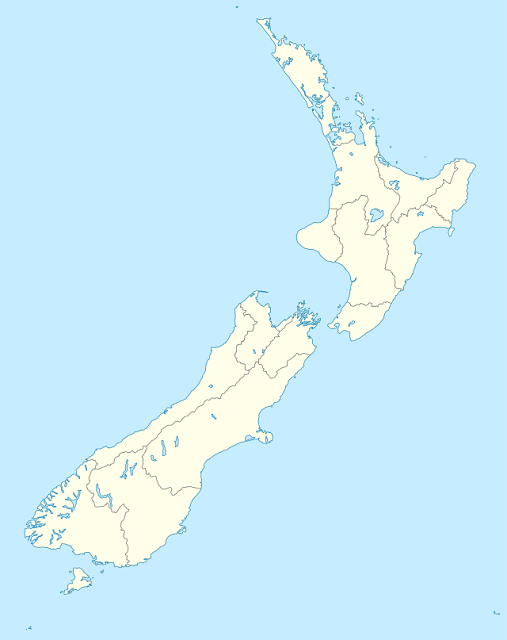 Putaruru is located in New Zealand’s North Island, near Hamilton that is only 80 km away.

There are two distinct natural scenes of Putaruru.

All the best and beautiful places to see in Putaruru are centered around these two geographical landmarks of New Zealand.

The climate of Putaruru, New Zealand

Putaruru is located slightly above sea level at about 600+ feet.

The temperature is moderate and not so hot. The best time to visit Putaruru is between January and March. Now you know why the Indian cricket team chose to go to Putaruru during this 3rd week of February.

How to reach Putaruru?

It is easy. Just hire a cab and drive from Hamilton. You will reach Putaruru in less than 90 minutes.

Alternatively, you can choose a train ride also from Hamilton. The duration of the scenic train ride is slightly less than an hour.

However, if you are based in Auckland, the distance to Putaruru is 190 km and the train journey takes about five hours only.

I would choose to go by road as I know New Zealand’s countryside is picturesque. I have seen it in movies.

Best places to see and top things to do in Putaruru, New Zealand

Why nature lovers frequently visit Putaruru in New Zealand? Here is the reason below:

The Mamaku Mountains are thickly forested and therefore attract hikers, especially those who are interested in finding new flora such as Kauri tree. 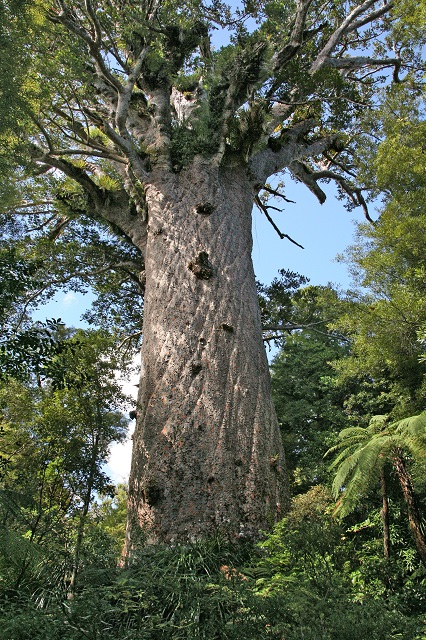 Zoom to view so that you can spot the tree trunk with hundreds of red spots.

Above all, the Mamaku hills are further surrounded by more mountain ranges that include:

The summit of the Mamaku hills is located at an altitude of 1900 feet. 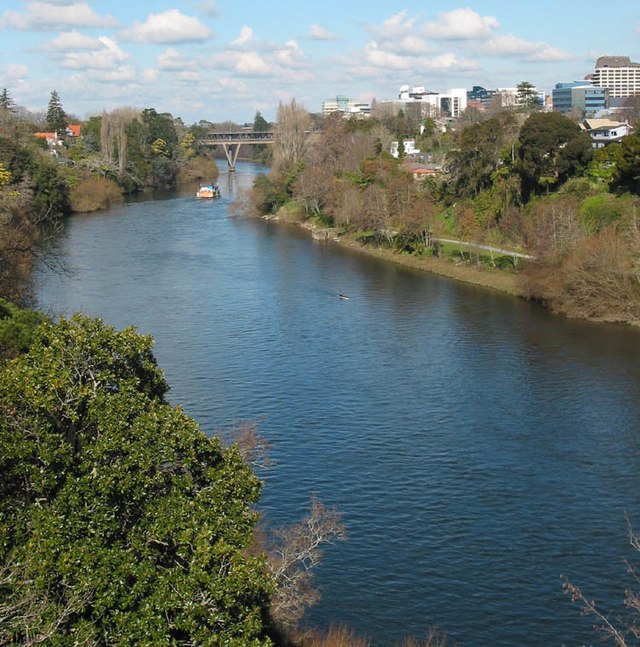 Ah, what a lovely picture of Waikato River! It is flowing through the North Island of New Zealand and thus also passing through Putaruru.

The Waikato River’s length is 425 km!

You can enjoy a leisurely boat ride in the Waikato River. The afternoon time is ideal to take your boat ride.

Oh My God! Terrific sight! The water’s color is a romantic blue. The gushing sound is intoxicating.

In addition, did you notice the water is voluminous? I read it flows at the rate of 220k liters per second! Wow! That is voluminous indeed!

The volume of the water at the base of the Huka waterfalls, its force would facilitate river rafting adventure. 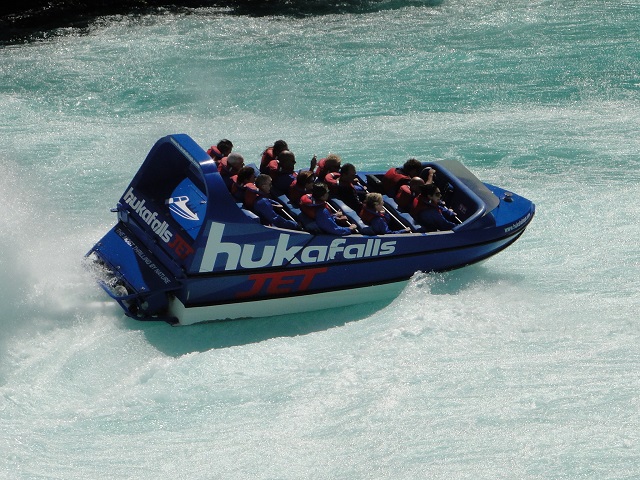 Actually, the Huka Falls are fed by the narrowing Waikato River at one point during the course of it flow. It finally empties in Lake Taupo.

If you are adventurous and want to explore the Waikato River further, join an organized Waikato River Cruise that can take you very close to the Huka Falls’ starting point.

Hmm… the town at the fringes of the Blue Springs is also very attractive. I think it was shot when the sun was shining gloriously. I could feel the warmth vicariously while looking at the video.

Did you notice how clear the water was? It is a pure water river (Waihou River) from which New Zealand’s North Island draws water for drinking purposes.

The walking trail along the Blue Springs is dense with foliage. An hour of walking through the Waihou Walkway is invigorating. If you decide to walk all the way and return in the same mode, you would have walked nearly 5 km!

I know the Trout Fish tastes heavenly and is the most liked fish all over the world wherever trout is spotted swimming.

In Waikato and Waihou river, you can spout fat trout and you are allowed to catch them by your means provided you get permission to do fishing.

Before you read on, look at the video showing walking trails in the Jim Barnett Reserve.

Are you hoodwinked instantly? I am swept off my feet. The walking trail covered by a dense forest of myriad flora on both sides hosting a range of birds and insect species.

I feel like walking off into the forest and get last for a few hours before taking the trail back.

Could you hear the silence of the walkway?

There are more than a dozen walking trails in the Jim Barnett Reserve. Some of the trails are lengthy. There are a few camping grounds on the way dotted with adequate restrooms.

Birds that you can spot in the Jim Barnett Reserve:

If you like to interact with the native Maori people, you can find them in the adjoining forest area.

They originate from Polynesia. 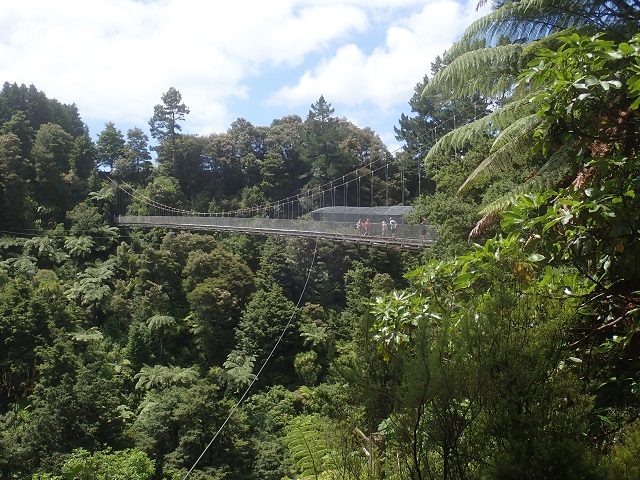 This suspended swing bridge built over a thick forest. As you could see from the photo above, it will be a thrilling canopy walk.

In conclusion, I deduce Putaruru is a small but scenic town in North Island, New Zealand. You can experience pleasant weather if you go there between December and February. Putaruru is full of gorgeous natural attractions that you can see in just a day.

Best time to visit Slovakia and the Best Hotels in Slovakia

Yeosmite FireFall 2020: Don’t Dare to Miss It This Week