Get to know of an underwater volcano that exit in various deep seas and oceans spread across several countries and continents.

Thus far, we have often heard or read about volcanoes that we can see their eruption when they are active. Even extinct (not active anymore) are significant tourist attractions.

However, we hardly know about an underwater volcano because the print media and digital media do not often report it.

It may surprise you to know that there are more than a million ‘seamounts’ (synonym for volcanoes) in the world. I think there are not that many volcanoes (both active and extinct) on the earth’s ground surface.

Another interesting fact about those submarine volcanoes is roughly about seventy-five thousands of them protrude above the depth of the ocean’s floor up to nearly 1 km!

When you read about these little known but interesting facts about an underwater volcano, your mind would ask several questions such as:

Let me try to satisfy your curiosity from what I learned from several resources on the web.

An underwater volcano also erupts but certainly different than a surface volcano. Since the water instantly extinguishes the fire that spewed out of the volcano’s crater, there won’t be any organised scare fatality to the humans, but I believe marine life would be affected.

Besides, surely there would be geological changes due to movements of tectonic plates underneath the surface of the ground.

Which is the largest underwater volcano in the world?

Tamu Massif seamount is said to be the largest of all the underwater volcanoes. However, it is an active volcano.

It is located on the seas of Japan, somewhere in the northwest Pacific Ocean. Japan’s coast is still a 1600 km away from Tamu Massif underwater volcano.

How massive is this Tamu Massif submarine volcano?

You can’t visualise its enormity folks! It comprises an area of a mind-boggling 550 thousand sq.km!

Some of the names of underwater volcanoes in the world and their location  found below. 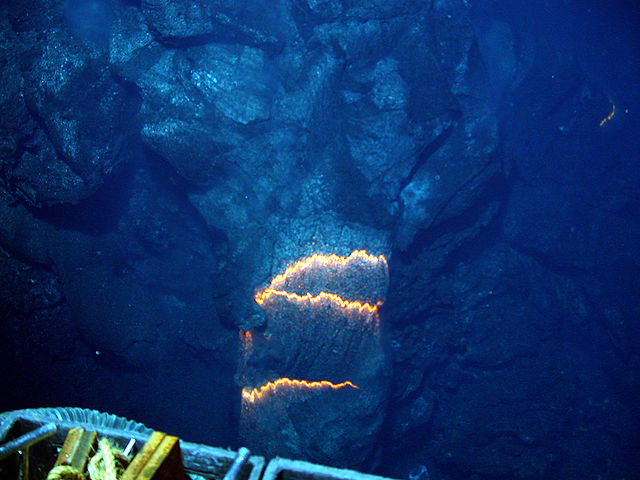 It will make an interesting study if you love the mysteries of our Universe.

Grand Canyon Camping- What Should You Know

Jungle Resorts and Lodges in Karnataka