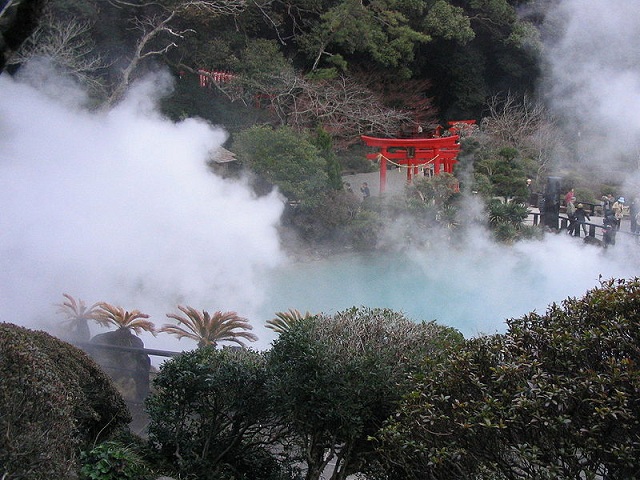 Japan is not only all about hi-speed trains, incredible vending machines, Buddhist shrines, and geishas. Japan’s natural attractions including Volcanoes and Natural Geysers are numerous that would take a lifetime to see.

There is even an underwater volcano in Japan that erupted in 2014 resulting in the creation of an island.

I have more such pleasant surprises for you in this blog post wherein I have written about some of the active and dormant volcanoes in Japan that are tourist-worthy. In the process of my research for this article, I also found out one natural geyser in Japan and I am sharing my findings with you.

Did you see the eerie looking crater on the top of Mount Fuji? That large gaping hole is the mouth of the volcano through which it spits molten lava, fire and ash.

Mount Fuji is near Tokyo itself. You need not travel far and wide in Japan to see the Mount Fuji. It is located just 100 km southwest of Tokyo where invariably you would be staying as a tourist to Japan.

The crater that last spewed fire in 1707, is situated at a height of approximately 12400 feet. For you and I, the volcano Fuji may be a tourist spot but for the Japanese, it is a sacred place and pilgrimage center. I read that about 300 k tourists climb the volcano every year.

This smaller volcano is a neighbor of Mount Fuji as both are located on Honshu Island in Japan. The summit of Mount Asama is situated at an elevation of 8400 feet. It is an active volcano that last erupted in 2009.

I am sure you are surprised to read this news because you have not read about it elsewhere before.

The above live eruption occurred n Feb 2009. In spite of another eruption anytime, daredevil tourist visit Mount Asama and the adjacent skiing resorts in Karuizawa.

A bullet train takes you near Mount Asama from Tokyo in just 60 minutes. If you travel another 30 minutes by another train, you will reach the base of Mount Asama. 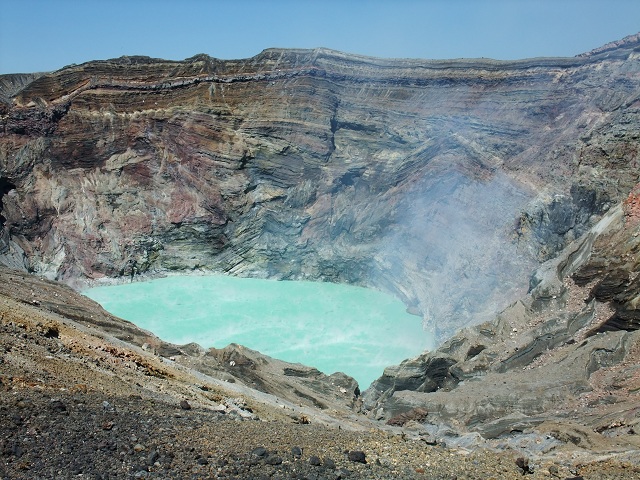 That’s scary looking crater situated at a height of 5200 feet belongs to volcano-Mount Aso, located in the Kyushu island of Japan. The color of the water suggests that it is laden with molten sulphur to me. Oddly, this dangerous site is part of the national park called  Aso Kujū National Park where tourists throng all through the year.

Mount Aso has five craters and one of them Mount Nakadake is currently active. This particular peak can be reached in about half an hour once you reach JR Aso Train Station. There was supposed to be a rope car that takes the visitors to some point of the volcanic mountain but it gets closed frequently as and when there is a risk of gaseous harm. When that happens, people climb the mountain and reach the crater in 30 minutes. 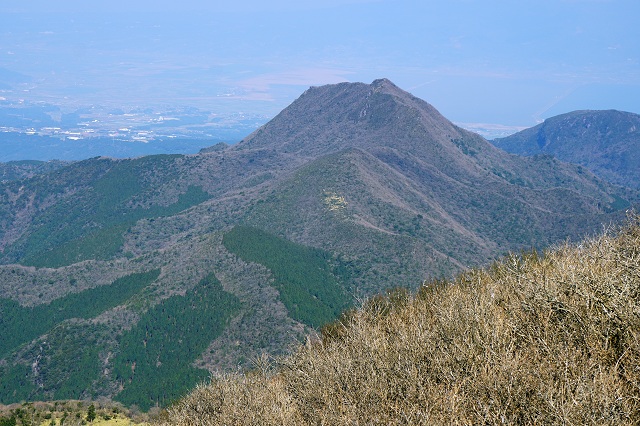 Located in Kyushu Island, Mount Unzen’s crater situated at a height of 4800 feet last spewed in 1995. Mount Unzen is a strato-volcano type consisting of layers of hardened lava and ash.

To access this Japanese volcano, you must reach the (in)famous Nagasaki city from wherever you are staying in Kyushu. From Nagasaki, a bus takes you first to Shimabara town in about an hour. Another 50 minutes from Shimabara by bus or by any other forms of road transport will get you to the base of Mount Unzen.

Oh, this is the third active volcano that is located in the Kyushu Island of Japan. This is also a strato-volcano that is more prone to erupt frequently. The Sakurajima volcano was seen erupting last in 2017. (Source: Wikipedia) The time lapse between each eruption was so short that the volcano spewed lava as many as 500 times. 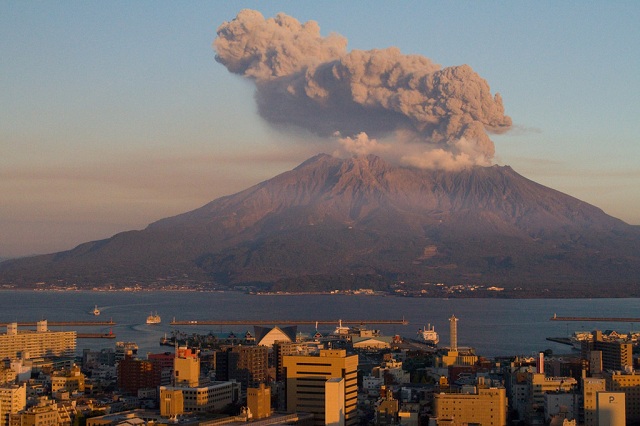 That was a view of the Sakurajima volcano from the city of Kagoshima, Kyushu Island, Japan.

To go to Sakurajima volcano, you have to reach the city of Kagoshima located on the shores of the East China Sea. From the port located at Satsuma Bay, you can reach the volcano by a car-carrying ferry.

The subject of a volcano and its surrounding areas always opens up the probabilities of the existence of natural geysers that are not harmful but said to be very healthy with medicinal properties.

Is Beppu a hell? I think it is a misnomer to call the nine hot springs  (natural geysers) as “hells of Beppu”.

Maybe this short video below showing the fuming and hot water erupting springs might make one scared so much so that they are called as ‘hells’.

Nowhere in the world can one see a series of natural geysers at one place than Beppu, Japan. It is located in Kyushu Island, home to several volcanoes. 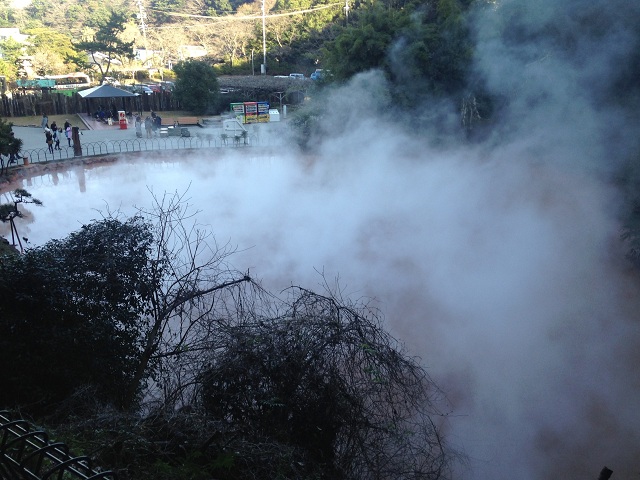 Beppu Natural Geysers is one of Japan’s most visited hot springs. One of the nine hot springs is called, “Blood Pond Hell” as the hot water that comes out of the earth will be red in color at sometimes.