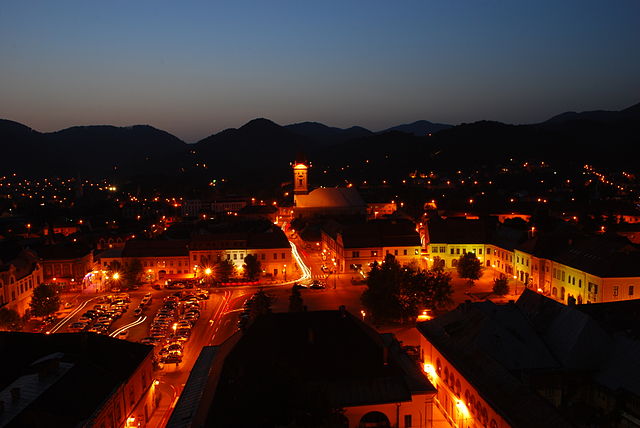 Have you ever entertained a thought of going on a vacation to Romania, where the forever romantic and scenic Danube river flows?

The map shows Romania is a southeastern European country, mostly landlocked on three sides and facing the Black Sea on its eastern border. The River Danube flows mostly through the southern fringes of Romania finally pouring its water into the Black Sea.

Romania is an excellent European country as a tourist destination. People go to Romania attracted by;

These enchanting churches that were built with wood alone are the prime attractions of Romania. Thousands of Christians from as far as Kanyakumari, the southern-most point of India, travel to Romania to see and worship in the Maramures wooden churches.

The Maramures wooden churches are located in several villages in Romania. 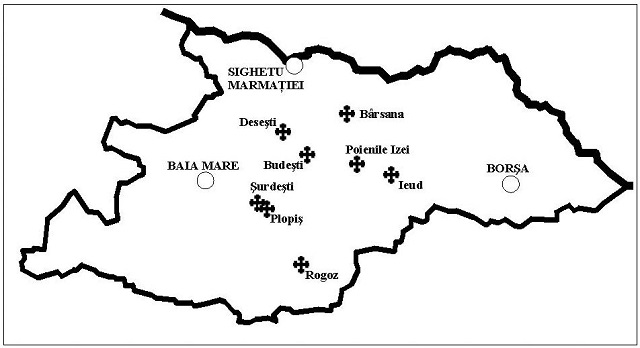 The most visited of these 100 Maramures wooden church is the one located at Budeşti because of its proximity to Bucharest, the capital of Romania. The Maramures region in Romania lies on its northwest, near the border of Ukraine.

The Maramures wooden churches all belong to 17th and 18th century and most of the churches belong to the orthodox group.

Before seeing the scenic areas of Romania, while going on a slow Danube river cruise, know a bit of information about this second longest river in Europe, the first rank goes to the River Volga.

The Danube flows through 10 countries! I don’t think there is another river in the world with such a feat.

When you book your Danube river cruise in Romania, be prepared to equip yourself with some geographical knowledge of the European countries that are blessed by the Danube, the diverse fish species that swim happily in the river Danube, the great range of fauna spotted in the Danube delta, and the rural culture of this country.

There are a handful of companies in Romania that offer Danube river cruise. I read that the best among them is vikingrivercruises.com

I think the video is more expressive than any number of words. Riding in a toy train through dense forest is an exciting experience.

This short train safari takes you through the Carpathian Mountains. As the train goes, the wonderful nature unfolds forcing to quickly shift your focus on myriad scenes including the Vaser River that gives you company. Since the year 1935, this Romanian tourist attraction has been enthralling the tourists.

The Vaser Valley Forestry train safari starts from Vișeu de Sus, a  small town in Maramureș County, northern Romania. The town itself is situated at the confluence of the river Vișeu and Vase. The Vișeu de Sus town is located at a distance of more than 500 km from Bucharest. I wonder how many tourists to Romania take the trouble of traveling that far just to enjoy the two-hour scenic train journey through the Carpathian forests.

The train ride ends at a railway station called Paltin. You can get down from the narrow-gauge train; spend some time strolling through the verdant meadows and return back to The Vișeu de Sus. It’s a 120 km ride up and down. 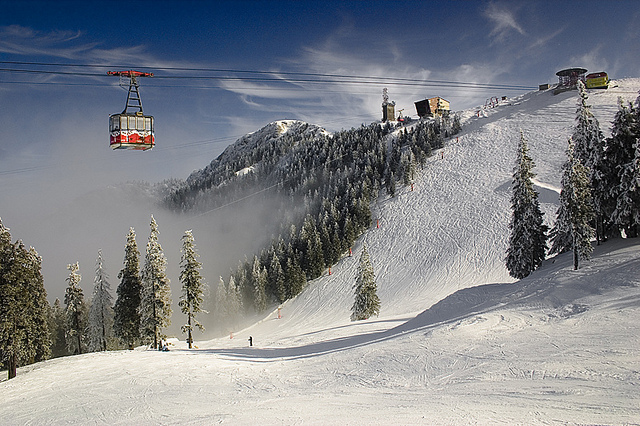 Most of the east European countries have tall, snow-clad mountains that serve as excellent skiing places. The Poiana Brasov  neighborhood of Brasovis also a ski resort. Skiing is an adventure sport that is enjoyed mainly by the Americans and Europeans.

These ski resorts also serve as holiday destinations because there are plenty of outdoor activities for non-skiers too. In addition, ski resorts offer tranquil accommodation and great food.

Poiana Brasov ski resort located in the Carpathian Mountains attracts skiers from all over Europe with its great, steep slopes and several skiing trails. 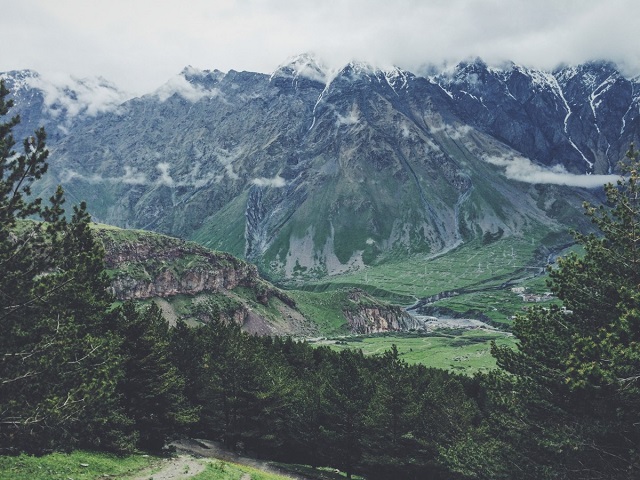 Oh, yes, it sure is inviting, the Transylvanian Alps, the great mountain range that is located in southern part of the country which gives its name the Southern Carpathians. The highest peak is at an elevation of about 8500 feet.

There are not any popular activities to do or to see in the Romanian Alps but then, I would not want to indulge in anything big and adventurous in such a beautiful mountain. If you love the peaceful setting, just sit, looking at the moving clouds or listening to call of birds that would make you realize you have spent more than four hours there!

Are there vampires in the Transylvanian Alps? Maybe, yes! The only way to check is to go to the Romanian side of alps. The notorious Dracula is a vampire character in the movie.

Tourists to Romania that are deeply interested in visiting castles and monasteries can note down the following famous attractions in Romania: 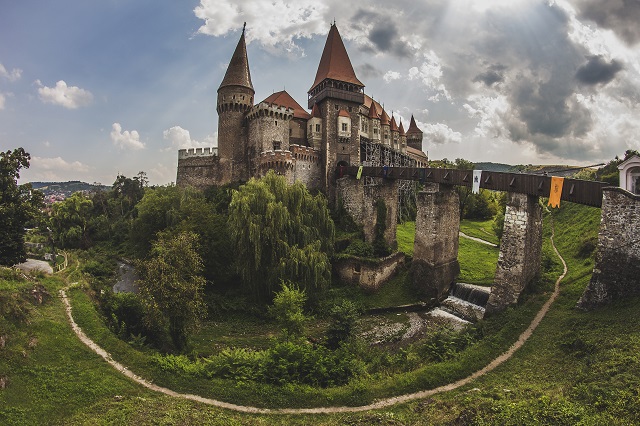 I am not much of a castles and forts buff but this is one is an exception. Don’t ask me what is that; I cannot pinpoint the reason for the attraction. The atmosphere is eerie and dead silent. It looks like what we have seen in fairy tale books. Those stories always began with, “once upon a time” and always ended with, “the prince and the princess lived happily ever after”.. Oh, how those fairy tales fascinated us when we were children! 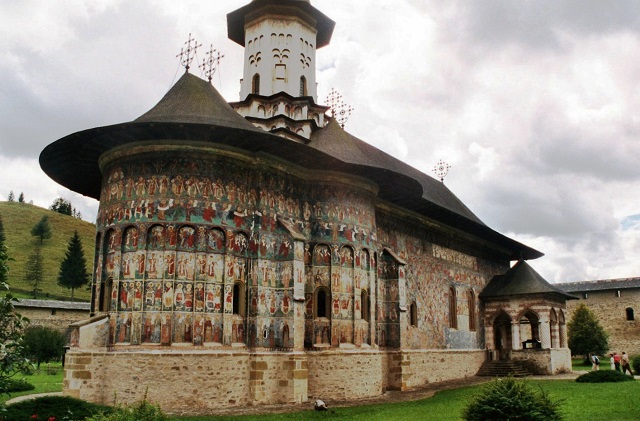 Oh yes! It is certainly an architectural marvel and a must-see landmark Here. The combination of cylindrical and rectangular structure is unique to this Romanian monastery. 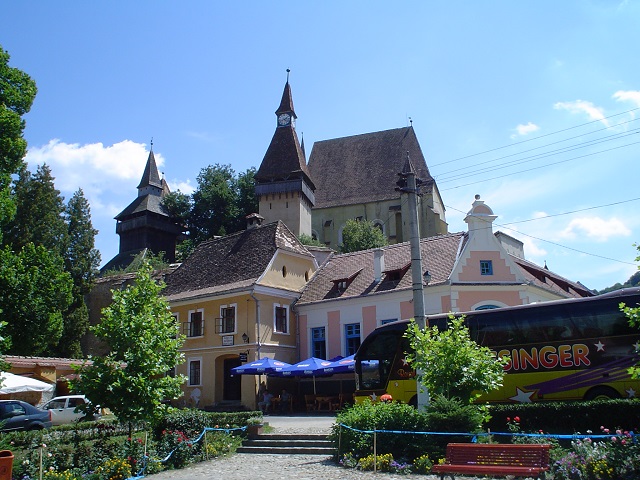 Did you notice the word, ‘Fortified’? The natives wanted to thwart the advances of Ottoman invaders and hence fortified their sacred church. Here is an interesting piece of information that I read. In ancient times, the Romanian orthodox Christians did not tolerate husbands ditching their wife and asking for a divorce. Such married men were imprisoned in this fortified church. 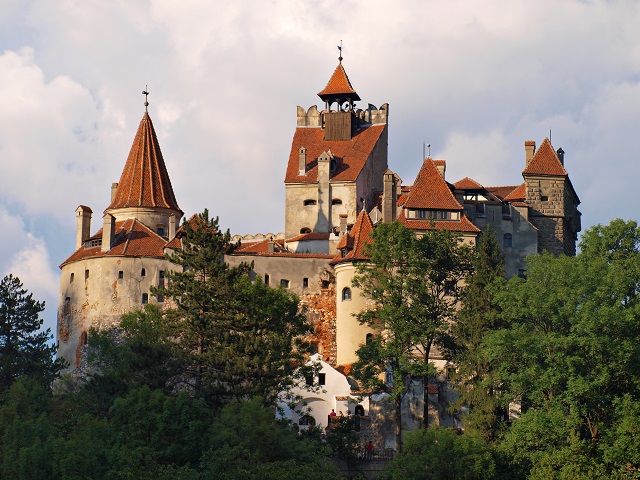 All these churches and monasteries look much alike to me. Are they Gothic? Yes, must be. Well, the Bran castle is somehow associated with the legendary ‘Dracula’, the vampire.

There are about 15 more natural attractions in Romania that draw the atheists too. I mean, tourists who are least interested in seeing castles and churches would prefer to see only naturally beautiful places such as waterfalls, national parks, and bird sanctuaries.

I will write an exclusive blog post about all the places of natural beauties in Romania, sometime in the near future.

Whenever I read blog posts on Romania, it makes me regret I didn’t visit this beautiful country when I lived so close – my homeland Ukraine is just next door.

Delhi to London by Bus-All You Wanted...