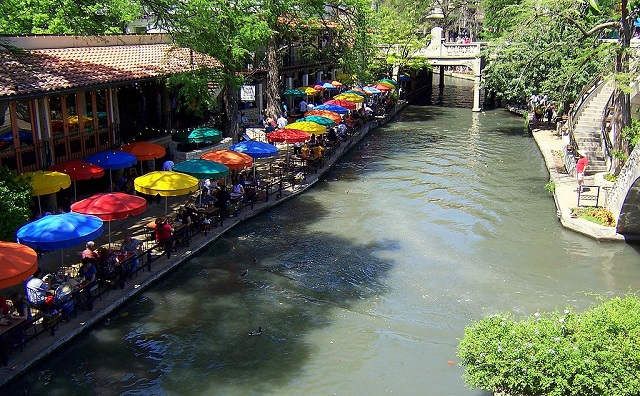 I happen to virtually take a long walk along the San Antonio River, Texas. It is the most celebrated and admired street in the United States for its wide range of eateries and bars. The long San Antonio River walk is scenic that is trodden by large number of people mainly by the proud Texans and some tourists. I read the local residents of San Antonio outnumber the tourists always. Such a fierce and loyal patronization of the entire area of San Antonio river promenade is rarely seen anywhere else in the U.S.

I wonder why people attach the word, “Mecca” to any name that is highly popular in a city or a country. It may be a hotel, restaurant, bar, heritage site, or anything for that matter. For example, if a street full of restaurants serving global cuisine, it is called “Culinary Mecca”. I am intend to come out with a more appropriate example.

So, what is this all about the San Antonio River Walk? 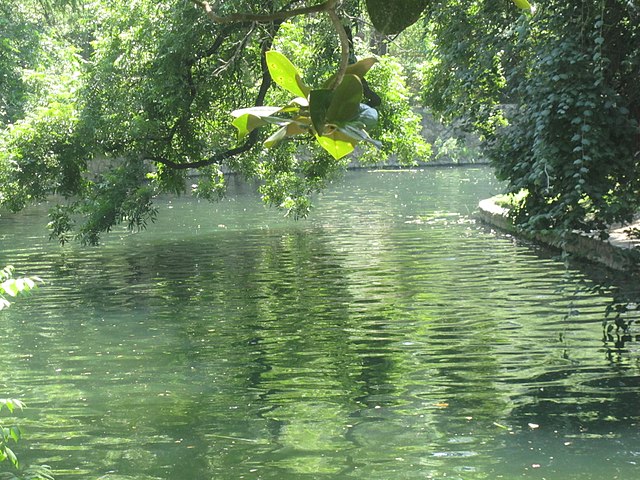 The San Antonio river street lined with cypress trees. There are some arched stone bridges and the pavement is littered with dining tables over which colorful umbrellas give shelter to the people and protect them from the notorious Texas heat.

The San Antonio River Walk stretches to 24 km and through the downtown area itself; you can walk the entire 8 km.

Let us now come to the eating section of the San Antonio River Walk.

People go to the San Antonio River Walk mainly to eat. There are numerous eating outlets that serve food from all parts of the globe and that’s why it is called as the ‘Mecca of culinary’. You get to taste so many cuisines in just one street and it must be a very convenient and memorable experience. 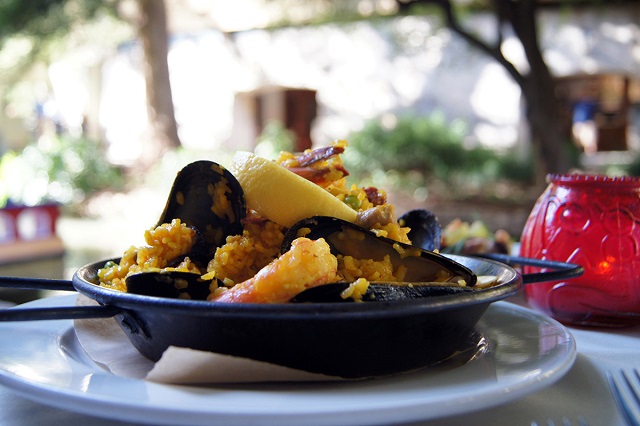 Americans love the Mediterranean cuisine. Bella on the river caters to their needs. Bella’s vegetarian menu attracts a large number of diners. How about these exotic vegetarian dishes?

Grilled eggplant accompanied by asparagus, mushrooms, and Cannellini beans. If you are looking for gluten-free food in San Antonio River, Bella on the River is the best choice. In addition, they offer quite a range of wines.

Enjoying a good view of the San Antonio River, you can happily dine at the Ocho restaurant, Hotel Havana.  The surprise factor is the cuisine at Ocho; You can eat Mexican breakfast, Cuban lunch, and a sumptuous Texas dinner. 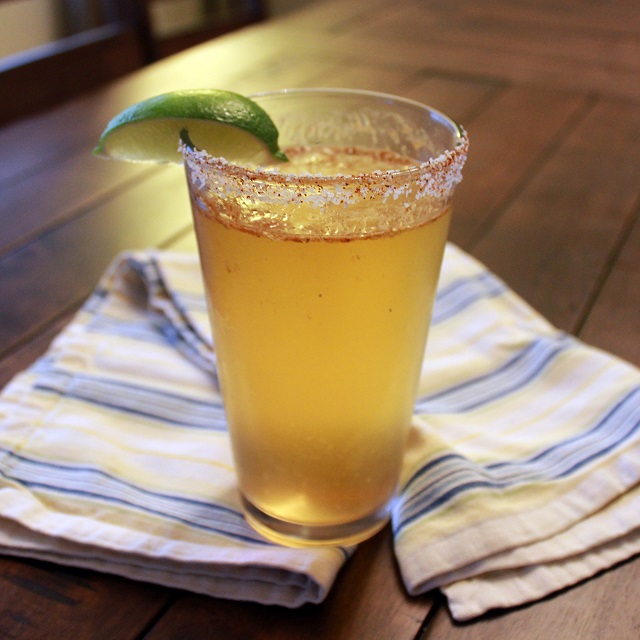 It is not the name of restaurant folks, but a drink in reality that is highly recommended by the tourists to Texas. It is a Mexican origin cocktail and the base drink is beer. Now look at what goes in it; lime juice, a few sauces couples with salt and pepper. In addition, as you bring the glass to your lips, you will taste the salt on it rim.

Buy some edible souvenirs from Ocho in the form of banana cakes topped with blueberries.

You have been shown where to eat the Mexican, Cuban, and the Texan food. Now, you can taste authentic Spanish cuisine in Las Ramblas, the restaurant located in Hotel Contessa. This restaurant in Hotel Contessa is visited mainly for their signature cocktail Daiquiri which is surprisingly served during breakfast! 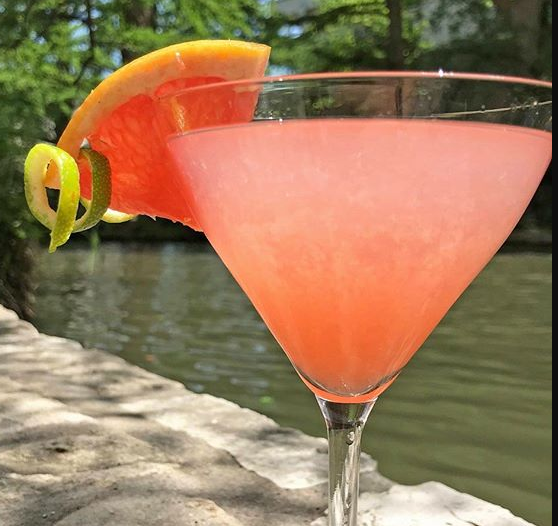 The name says what kind of food you can eat. It is a mixture of Texan and Mexican cuisine. I wonder which cuisine is the majority in the fusion. The ethnic people of Mexican-American called Tejanos and the Tex-Mex cuisine is their invention.

The Tex-Mex cuisine is slowly spreading to other states of American and even to Canada. You might have eaten enchiladas, tacos, and nachos without knowing they are Tejanos creations. 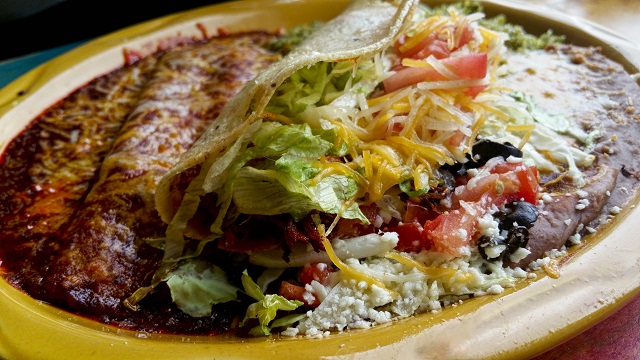 A Mexican outlet that offers dining on a boat while cruising the San Antonio River. That luxury offered only on Friday and Saturday evenings. The most ordered drink in Café Ole is the 60 oz Margarita and the food to try is the Chicken Acapulco.

There is much more to write about the food and drinks in San Antonio River and hence, I am shrinking a bit.

You can get to eat the following delicious food in San Antonio River Walk.

What a range of exotic cuisine! These rare foods and much more can be eaten in some other restaurants such as Casa Rio, The Iron Cactus, and Citrus in San Antonio River Walk.

Do You Know All The Facts About...