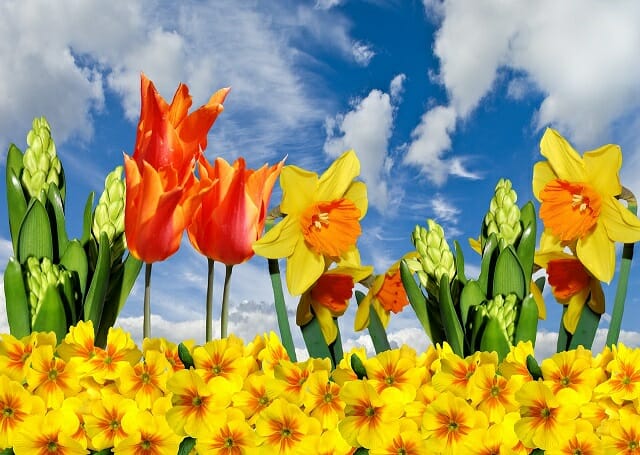 Probably Spring flower festivals attract the highest number of admirers than any other events. I must admit the IPL cricketing event that lasts for about two months can be an exception because the number of viewers doesn’t dwindle till the end.

I will cover some of the most spectacular spring flower festivals in various cities and towns across the U.S.

When I was researching in the web for this popular public interest, I stumbled on a video that conveyed the mid-west states in the U.S. are highly popular for announcing different flower festivals, exclusively during the spring. I will also mention them briefly in this blog post.

I knew a bit of America’s geography which made me quickly locate the map of Midwestern states.

If map reading is not your cup of tea, browse through the list of the states located in the Midwestern region in the U.S.

7 Best Spring Flower Festivals in US

I will cover flower shows in other states also. My first on the list is the National Cherry Blossom Festival in Washington DC. 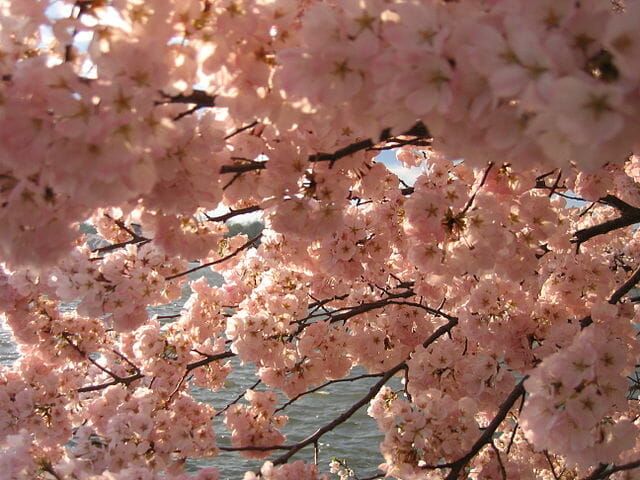 I have seen these light pink-colored flowers covering the entire tree in Bangalore. When the flowers fall daily, the earth wears a beautiful pink dress.

For a close-up view of the cherry blossom trees when in full bloom, see the image below. 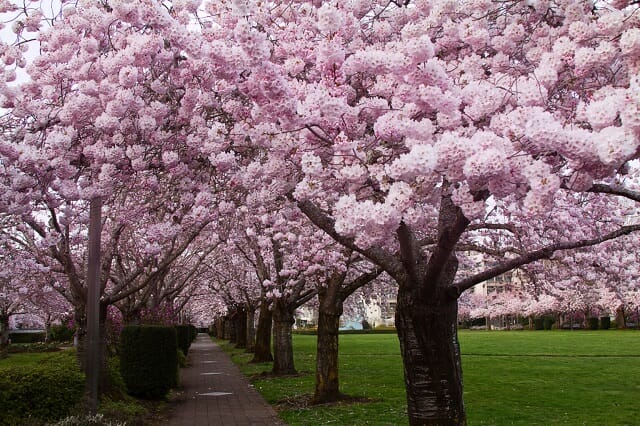 Can you take your eyes off the breathtaking burst of pinkish flowers?

The National Cherry Blossom Festival in Washington D.C. is a spring season event.  The cherry blossom tree is a native plant in Japan from whom the U.S. received it as a gift in 1912.

However, as a festival of flowers, it was first held in 1934. Now, it is an annual festival that lasts for three weeks beginning from mid of March.

Do you know there are 12 different varieties of cherry blossom?

For example, here is the ‘Yoshino cherry’ flower.

The Americans throng the D.C. area to participate in the spring flower festival.

I recommend you plan your next trip to the capital of America during the cherry blossom flower festival time. 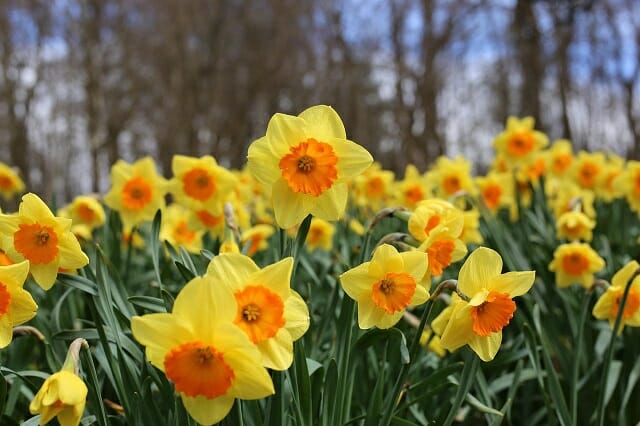 Have you ever heard of a small village called Granville in the U.S.? It is part of Ohio State. It is where the annual “Daffodils Day” is celebrated. However, it is the shortest flower show in the world that lasts just two days in April.

This year, the Daffodils spring flower festival is just a week away. It begins on April 23rd and ends on April 24th.

Granville is a beautiful quaint village that is surrounded by rolling hills. Columbus, the Ohio state capital is only 55 km away.

This year, the festival celebrates its 75th anniversary! What a stupendous feat!

Next to the ‘rose’ flower, the orchids are the most planted flower in the home gardens and public botanical gardens.

Orchids have too many species with various radiant colors and a mild scent.

About the Orchids Flower Festival:

This flower festival is known as Tamiami International Orchid Festival, Florida. It is held during the winter!

In this spring flower show, Orchids lovers gather to see some rare varieties of orchids and they also buy them to decorate their backyard.

It says the annual orchids flower show begins on May 13th, 2022. It is again a short flower show that ends on May 15th.

The brightly colored Tulip bulbs need no introduction. Though the Tulip festival in the Netherlands is the best, now, Tulip festivals are celebrated all over the U.S. and Canada.

There are two Tulip festivals in the Midwest that attract a large number of flower enthusiasts and florists.

One is held in Holland, Michigan and the other Tulip flower show is held in, Pella city in Iowa state. It may be interesting to note that Pella city is full of Dutch immigrants. Hollan in Michigan too is a city full of the Dutch.

It is no wonder the city is known for conducting an annual spring flower festival, featuring attractive Tulip bulbs.

The Tulip festival in Holland, Michigan lasts for a full week starting on May 7th and ending on May 15th.

This particular flower show in Holland, Michigan has been going on for mind-boggling ninety-plus years.

Though the Tulip Time is celebrated throughout North America, this flower show in Michigan is the biggest event and the most attended spring flower festival in the U.S.

There is a dedicated Wikipedia Page for the Tulip Time in Holland, Michigan.

It must be really a very big flower festival during spring in the United States. 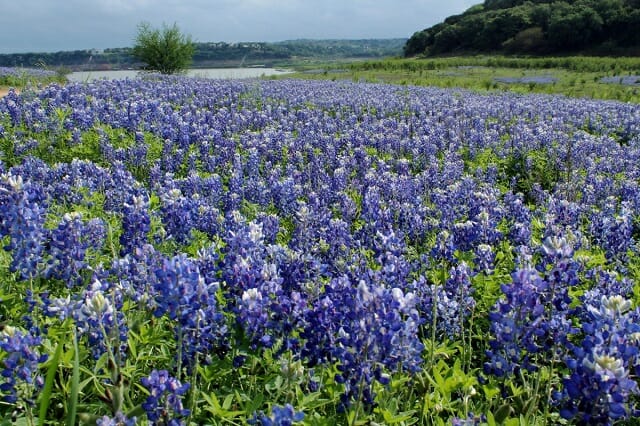 How do you like it? These stunningly beautiful Bluebonnet flowers bloom during the spring season. Bluebonnet may bloom in other states in the U.S. but I wonder why this spring flower festival is celebrated only in Texas.

Here is a close-up view of a single bunch of Bluebonnet. Do you know that the Bluebonnet is a wildflower with no scent.?

Incidentally, Texas is home to several wildflowers? Somehow I like wildflowers more than the ones that need our attention.

Bluebonnet flower festival is celebrated in a town called Burnet, Texas. Sadly, it is already over this year. Be vigilant next year in March itself when the flower show is announced so that you don’t miss it. It is always scheduled for the second week of April.

As an additional attraction, you can enjoy a train ride up to Burnet from Cedar Park, Austin. The train is pulled by a steam locomotive. The distance between the two points is only 58 km.

There are quite a number of options to stay in the small town of Burnet in the Texas Hill Country region, Motels, hotels, cottages, and inns that provide breakfast and bed. 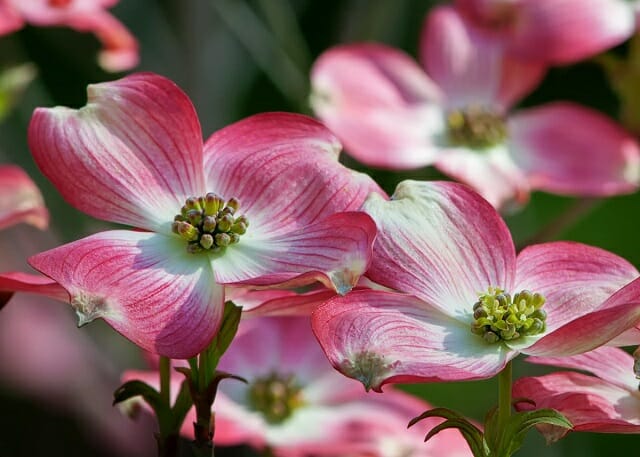 Only four days to go to witness this rare Dogwood Azalea flowers. It’s a lovely light pink shade. When it is viewed in a large field, the spring flowers will steal your heart.

These spring flowers emanate a sweet fragrance resembling the smell of cloves.

The Dogwood Azalea spring flower festival is celebrated in Charleston, Missouri from April 21 to 24th.

If by chance you miss the date with Dogwood Azalea flowers in Charleston, you can catch up with them in Orleans, Indiana. This date of the flower festival begins on April 23rd and lasts until April 30th.

I think you may be waiting to read about the Rose flower festival. It is a month-long flower festival in Portland, Oregon. It begins on 27th May and ends on June 26th, 2022.

You can expect all the usual and rare colors of roses during this much-attended festival. Yellow Rose is my favorite.

If you dig further, there may be a flower show in your own state or in the nearest state. Nonetheless, it is definitely worth visiting spring flower festivals anywhere in the United States.