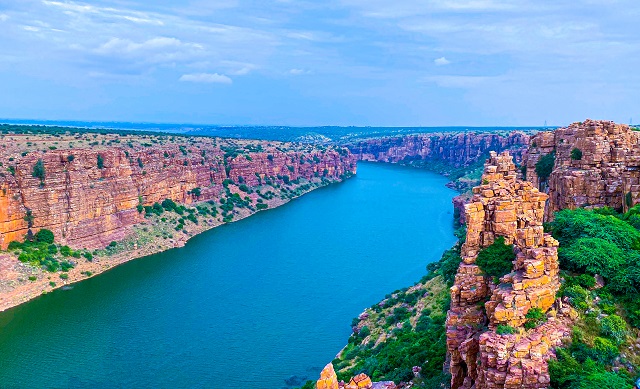 If you are seeing this post about India’s incredible canyon on your mobile phone, please open your computer, switch to full-screen mode and look at the imposing and gorgeous image of Gandikota Canyon.

From wherever you stand on top of the rocky mountain, the view is spellbinding. Deep down the canyon, the River Pennar flows silently.

If you have not yet made up your mind to visit the Indian Grand Canyon, probably, the video clip below will entice you.

The dramatic unveiling of the beautiful Gandikota Canyon in the video is a sufficient invitation to anyone who loves nature.

Which is the Best time to visit Gandikota?

Avoid the summer days which makes the place very hot and  it is over crowded by that time. The best time to visit Gandikota is the middle of September to February end.

How do you get to Gandikota Canyon?

Though this spectacular tourist attraction is easily accessible from any part of India, sadly, it remained obscure. After fully reading this blog post about the Indian Grand Canyon, you will admit it requires widespread propagation.

The nearest railway station to Gandikota is  Jammalamadugu that is just eighteen km away. However, the majority of us are not aware of Jammalamadugu town-right.

What to see in Gandikota Canyon?

Well, before you reach the actual site of the Indian Grand Canyon, you will see the majestic and incredibly built Gandikota Fort. 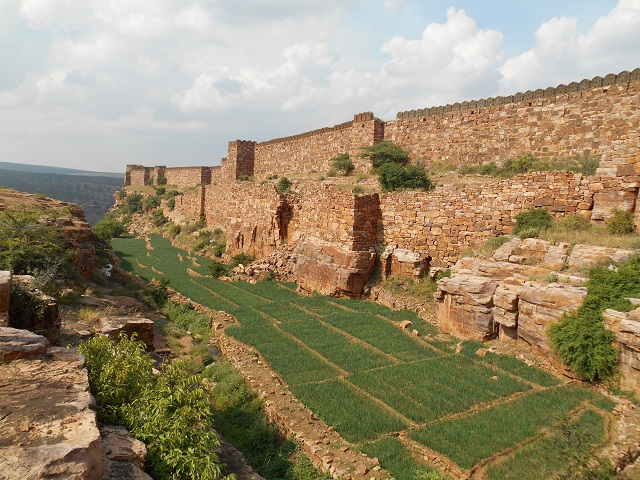 I believe it’s an extraordinary engineering feat. The fort is built nowhere in India then but it was the center for power among different reigns that include:

Trek to River Pennar from the Gandikota Fort.

A rather difficult activity is to climb down the slopes of the mountain up to the Pennar River flowing below. However, since the place is stinking hot, you hardly see any activity.

Nonetheless, if you go to Gamdikota Canyon during the winter months (December to February), the weather is friendly enough to trek. 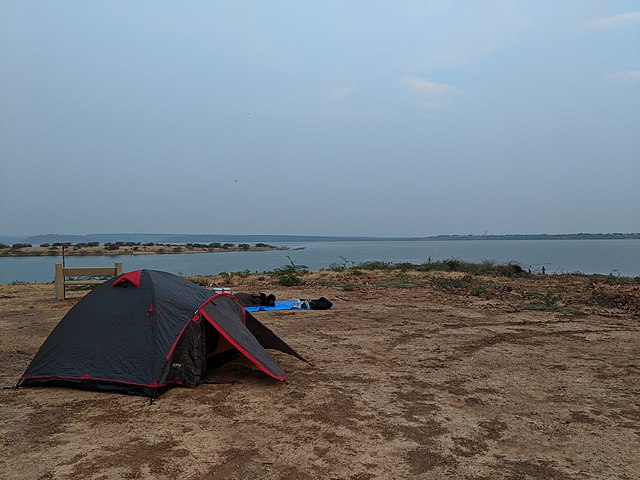 It will be an exciting experience to stay a night inside a canvas tent erected on the banks of the Pennar River.

Especially, since there is no luxury hotel near Gandikota Canyon, camping on the river banks near the canyon will be a different experience. Search for “Gandokota Camping” to approach a campsite gears provider.

As mentioned earlier in this post, any point along the Indian canyon is a vantage point to view the silent ravine. Stay gazed for as long as possible. Inhale the unpolluted air. Capture all the natural beauty of the Indian Grand Canyon in your eyes to relive later.

Rappelling is the act of climbing down a rocky cliff with the help of ropes and clamps.

Alternatively, Rappelling is known as ‘abseiling’.

The height from where the rappeller started his descent is about 1100 feet!

It is hard to believe but there is a temple for Lord Rangathar among the rocky mountains. Though it is not in great shape, it is worth a visit and be a part of history.

Well, that’s it about the hidden beauty of Indian Grand Canyon at Gandikota, Andhra Pradesh, India.

12 Things to do in Algarve for an Unforgettable Vacation