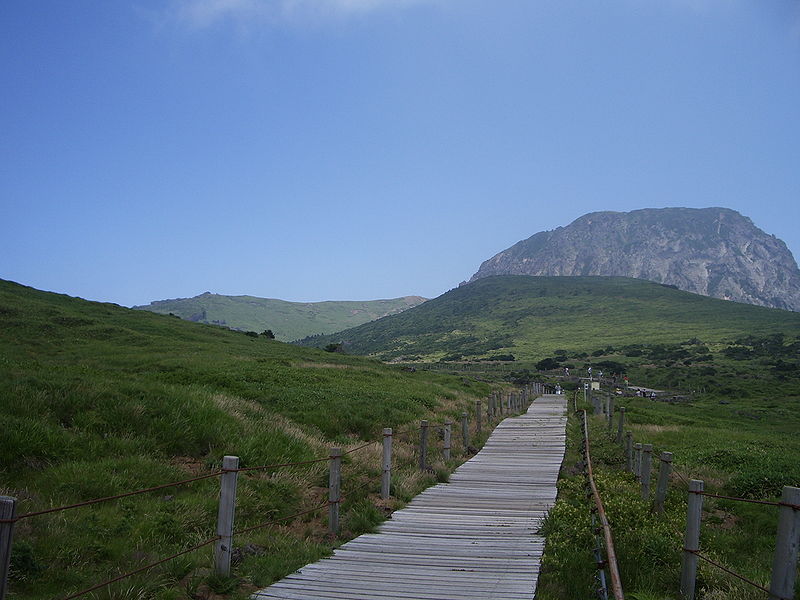 Jeju Island, an island off the southern coast of South Korea is in the Korea Strait and the main town, as well as the capital, is Jeju City.  Amazing destination site, Jeju is the largest island of Korea and a famous vacation and honeymoon place.

Visitors are provided with a wide range of activities comprising of hiking on Halla-san, catching the glimpses of the sunrises and sunsets across the ocean, visiting the sets of Korean television drama, horse-riding or just sprawling on the sandy beaches. It is located towards the southwest of Jeollanam-do province wherein it was a part before it had become an isolated province in 1946 and recently it has become the only Special Autonomous Province of South Korea. 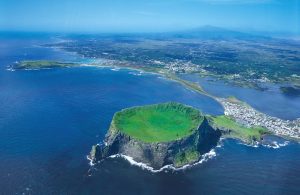 Jeju tends to have its own English language magazine `Jeju Life’, designed by   foreign residents on the island.  Jeju means a huge village across the sea representing its location from the Korean mainland amidst southern Korean tip particularly Mokpo, Kyusu of Japan and the southern China.

Its original and favourite nickname said to be `Tamna’, meaning `island nation which apparently lasted till its complete seizure in the 12th century. Comprising of 8 inhabited islands together with 82 uninhabited islands, Jeju is said to have a sub-tropical to the temperate climate.

Jeju Island is the highest tourist destination in South Korea drawing over 8 million tourists all over the world annually. Due to the growing low-cost airliners, more tourists tend to have easy access around the coast. The standard language on Jeju Island is Korean which is spoken with a typical accent.

The local dialect of Korean is almost incomprehensible to the Koreans from the other areas but all the locals are capable of speaking standard Korean. This island is on the border between the temperature and subtropical zone having average daily highs which tend to range from 3°C during January to 30°C in August.

Due to the surrounding warm currents, the climate is milder than the Korean mainland though the island faced plenty of wind all through the year.  Between June and September, the rainfall seems to be the heaviest.

The main gateway to Jeju Island is through Jeju international airport where the vast majority of the flights are from Gimpo and Busan’s Gimhae International Airport. Most of the domestic airports of Korea tend to have scheduled flights to Jeju Island.  The Jeju-Seoul route said to be the busiest air route in the world by way of passenger number. 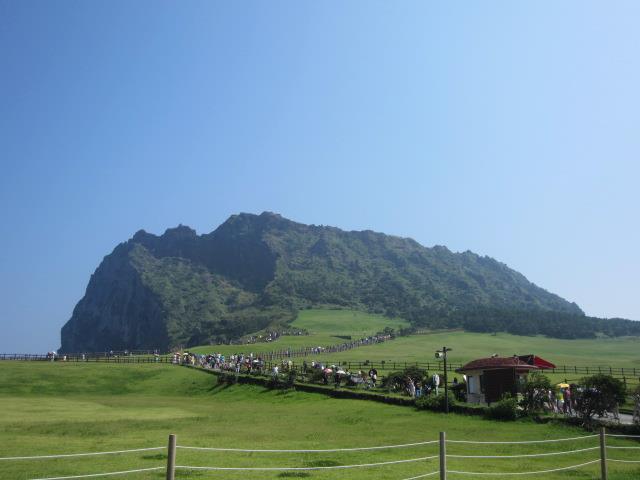 From the mainland, ferry access also made available though with more and more low price of flying, few tend to avail of this facility.  The services are comparatively infrequent as well as slow though are reasonable after considering accommodation savings made on overnight ferries.

Also, Daily services from various ports are available.  Buses, as well as taxis, are the main system of public transport though some local favor bicycles to cars particularly in places outside the Jeju-city metropolitan location.

Moreover, there are areas that tend to rent bikes.  If one prefers to walk they could take the Jeju-Olle Trail with 21 distinctive courses which are available.  Information regarding the available line in Jeju Island is provided at the Jeju Bus Information System’s English language website.