4 Most Visited Bars in Bangalore (Updated 2020) 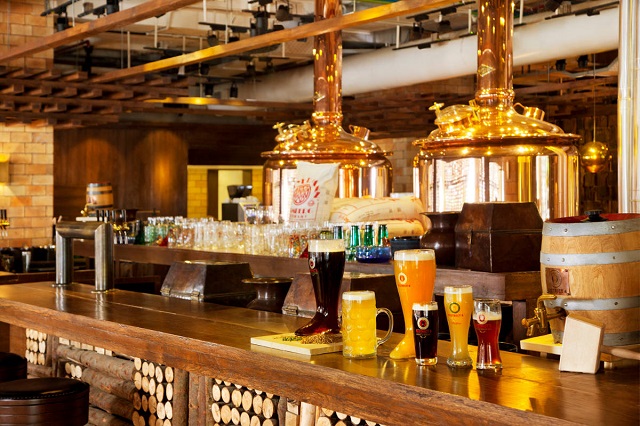 By the ‘most visited’ I mean not by me but by others. Bangalore was once known for gardens and bars. It is still known but only for the bars; the gardens have simply shrunk in numbers. While the mega gardens Lal Bagh and the Cubbon Park are two best sightseeing spots in Bangalore, the Pubs and Bars in Bangalore are the most visited by the citizens of Bangalore.

To help the tourists to Bangalore, I have compiled some of the most visited bars in Bangalore where even celebrities are seen hanging out with their friends. 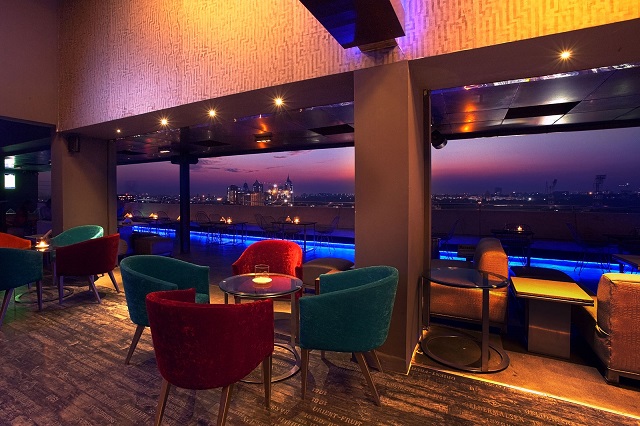 Rooftop bars and restaurants always attract more customers-right? Well, the 13th Floor bar in Bangalore is no exception. Bangalore weather gets more pleasant as the floor raises. Only the locals know this trick. The bar on the 13th floor is one of the most visited bars in Bangalore.

There is a drink for every one of us. The bar menu comprises of mocktails, Indian malt whiskeys, Scotch whiskeys, a wide range of beers, Tequila, and wine and many more.

The starters’ names sound more Asian than continental. For example, how this dish called Machchi Rubaiyat sounds to you? 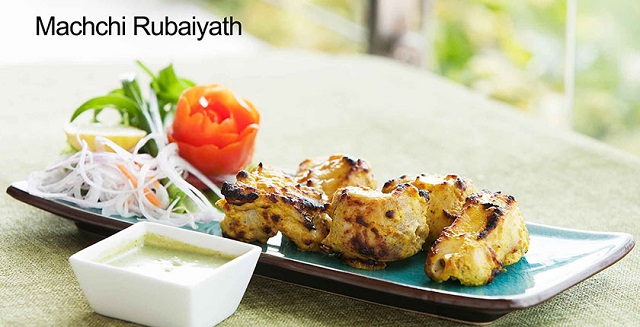 It appears to be a dish of cottage cheese but the name is not at all suggestive of it-right? To make your drinking experience more memorable, the Bars in Bangalore plays retro pop and rock ballads in a low volume. 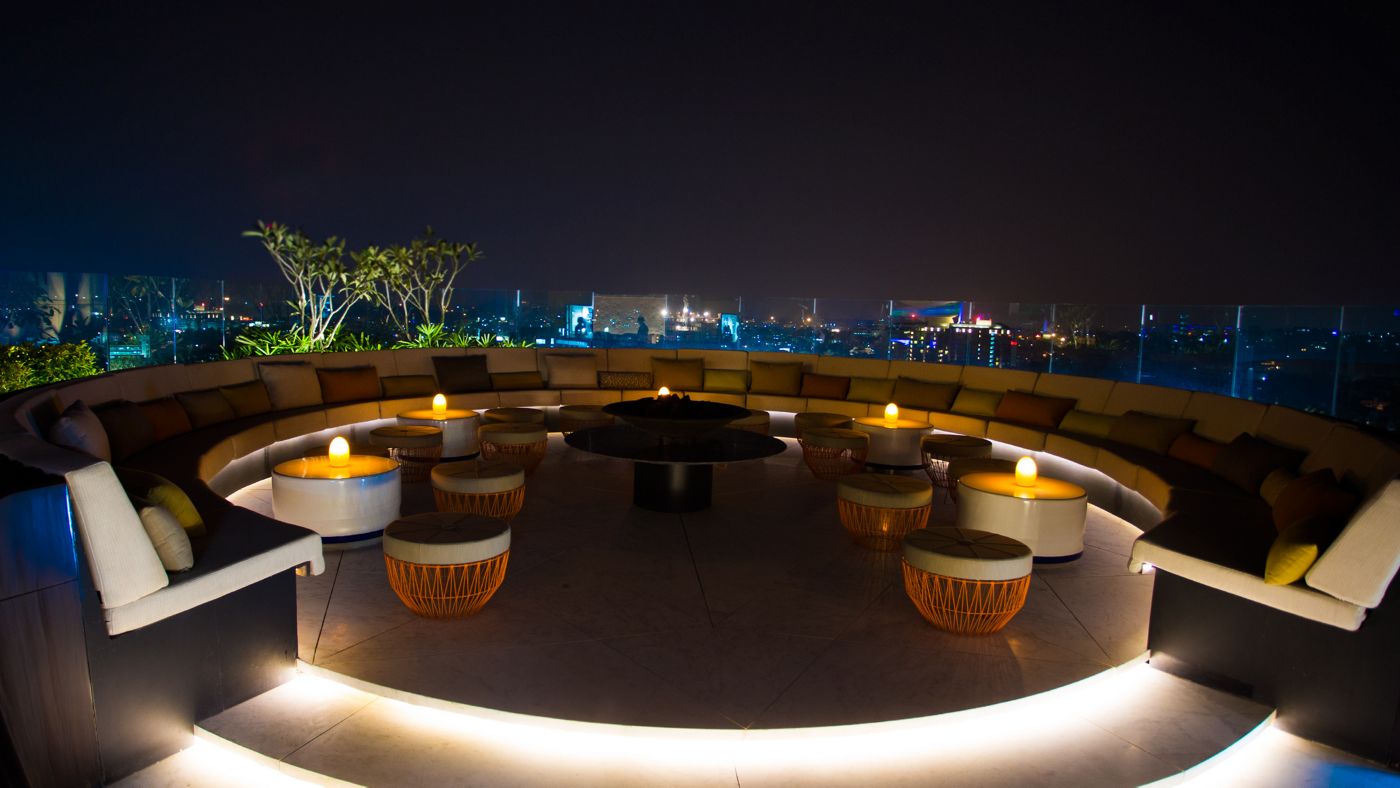 Did you notice your mouth agape in sheer appreciation of this rooftop bar?

It is located on the 16th floor of Ritz Carlton hotel. It is recommended that you reserve your table anytime after 7 pm to enjoy the breathtaking view of Bangalore city.

Since the hotel’s website did not provide much information about their pride ‘Bang’ bar, I had to scour the web to come up with a bit more data to impress you so that you will certainly visit this 20-meter long bar where you can also take your entire family to simply dine without drinking anything though that is not a wise decision as their range of signature cocktails and champagne are too good to bypass.

Before you know what you can order, note down the Ritz Carlton hotels address.

Ever you ever tasted cocktails that are mixed with fruit purees? For example, plum puree infused with vodka is the choice of the beauties of Bangalore while their male companions would straightaway order the Pineapple and Cardamom Mojito. Then, there is this cocktail called “Seventy-two Secrets” which is actually another gin-based drink that is infused with Mandarin Orange. Here is another heady cocktail that contains rum, tequila, and coconut water! Oh, you should add a few drops of Oriental syrup and this exotic cocktail is called the ‘House of Bamboo’.

The Bang bars in Bangalore is known to serve the world’s unique accompaniments that include:

Won’t you take a weekend off from your New Delhi routine to visit this most visited bars in Bangalore?

I am now taking you to another one of those most visited bars in Bangalore where your continental taste buds are addressed. Yes, this bar in Bangalore serves German dishes. I sincerely wonder if German cuisine is that much appreciated in India! 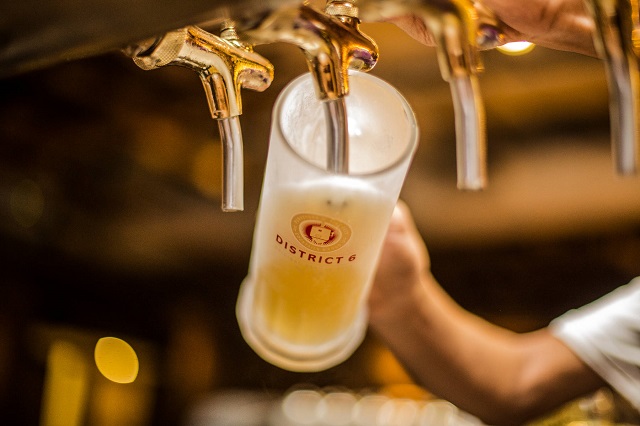 Ah, the ubiquitous stein that must have probably originated in Germany. Now, all over the world, the beer is served in steins. However, these, Bars in Bangalore have started serving the chilled beer in tall attractive glasses. 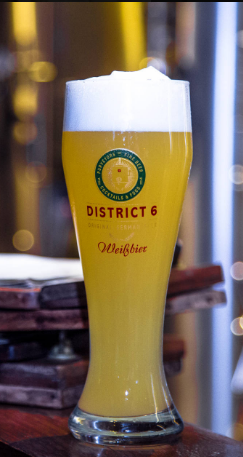 Beer in District 6 made under the Kasper Schulz German brewing system. Oh, that’s the German connection, I suppose.

If you like to drink a dark beer, just for a change, you can get it in the District 6, a veritable beer bar in Bangalore. Just ask for a stein of ‘Dark Lord’.

Another uniqueness about the District 6 bar in Bangalore is the larger quantities of beer such as 5 or 10-liter barrel. Of course, you can take it away to your home. If you are a group of 10 beer lovers, then, it is certainly an option for you.

The side dishes for the drinkers are mostly international such as risotto, sliders, spatzle, nachos, and so on. (more German food-eh) I think I would them a try, just for the sake of writing a review.

Koramangala is one area in Bangalore where several pubs and bars are located. The crowd that hangs out in the rather drab looking pubs mostly comprise of youth who crave more varieties of international beers. Music in these drinking holes is mostly loud cacophony.

I believe there are more than 10 beer bars in Koramangala in Bangalore. If you like a quiet atmosphere and a sophisticated drinking experience, I would recommend the first 3 Visited Bars in Bangalore mentioned above.

5 Best Cities and Towns to Stay in Algarve Region, Portugal