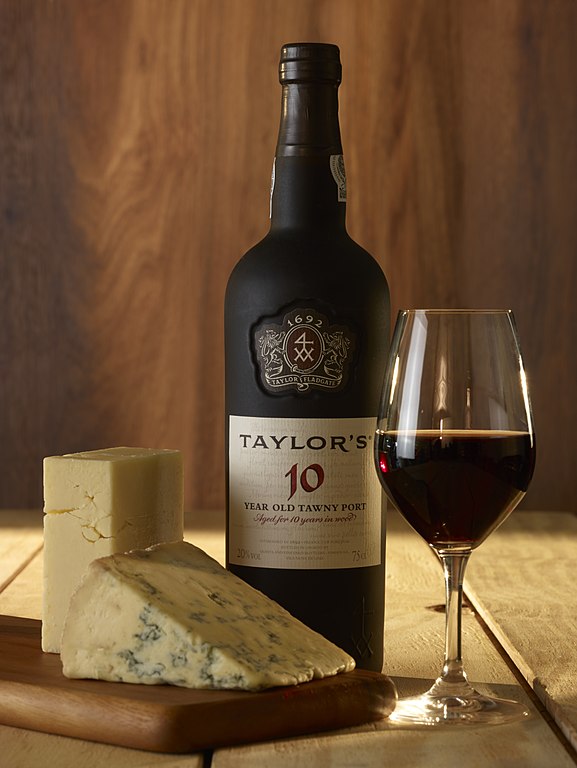 After my earlier post regarding the Algarve Region in Portugal, I thought I should have written something about the Portuguese Food because the Portuguese Cuisine is a lot different from other European countries. Even its neighbor Spain’s cuisine is so dissimilar to Portuguese cuisine.

The Portuguese love to stick to tradition. In fact, I would say they are fiercely proud of their rich history, culture and eating habits. Boasting of a pretty long coastline (1700+ km), seafood must be their staple. In spite of being a European country, the Portuguese cuisine resembles a lot with Mediterranean cuisine.

I thought you should know of some of the best local food served in the restaurants in Portugal’s mainland and its islands that include the remote Azores and the nearer Madeira.

The names of the some of the food that you will come across the restaurant menus are:

This informative blog post about the Portuguese Food will act as a sort of glossary of eatables in Portuguese restaurants. 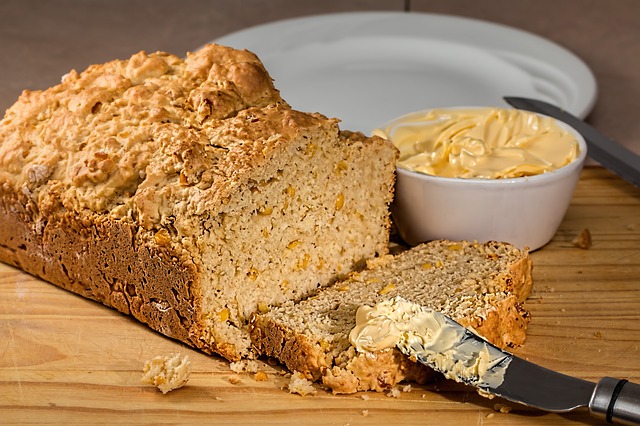 Broa bread is made with rye and corn. If you happen to tour the cities of Guimarães, Chaves, Bragança, and Braca which are located in Northern Portugal, you will find the Broa bread served in every restaurant. It is a healthy staple containing wheat or rye and corn. It is a major Portuguese staple food.

In Portuguese, it means goat roast. I read that this Portuguese specialty belongs to Lisbon and other central Portugal region, I believe you can eat this throughout Portugal except may be in the remote Azores and Madeira islands. If you are traveling to Portugal, you must try this Portuguese food as it is cooked in clay pots burnt in a wood-fired stove. When served on your table, you will be provided a glass of red wine in which you are supposed to dip the meat and eat. To garnish the Chanfana, the chefs use pepper and bay leaves. I like the idea of goat roast cooked in clay pot. I reckon it is one of the best Portuguese foods. 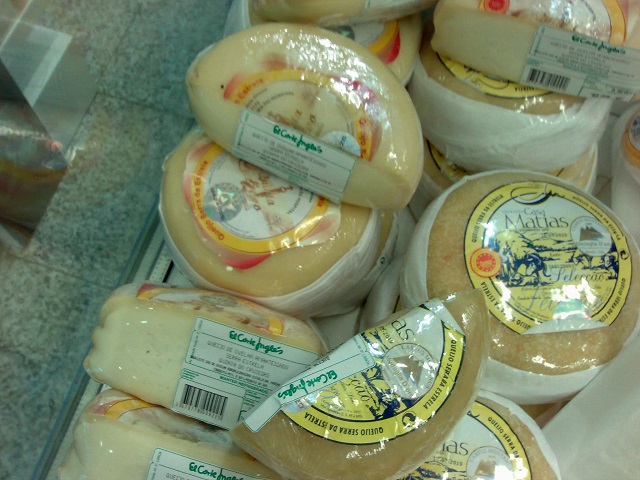 This is a Bordaleira breed sheep cheese manufactured in Serra da Estrela region that is a mountainous terrain. Don’t dare miss tasting this rich buttery yellow cheese with sweet and sour taste. Only highly skilled and experienced dairy specialists are engaged in the manufacture of this Portuguese special cheese. It is a must-try food in Portugal.

When you have finally planned your trip to Portugal, you are very likely to be lured to make a voyage to Madeira, one of the exotic islands of Portugal. Throughout the Madeira island, you will come across the name “Milho Frito”. It is basically corn flour based snack. Other ingredients in Milho Frito are kale and garlic. The dough is then fried in olive oil. Surely, a unique Portuguese food. 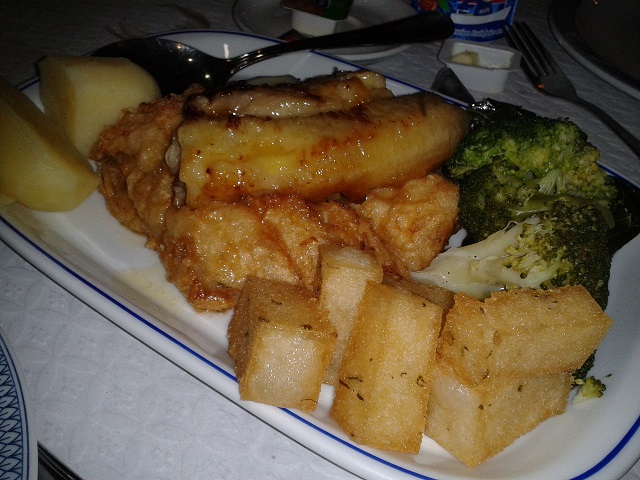 The locals eat this fried snack along with hotly served skewed beef cooked in the typical Espetada style. 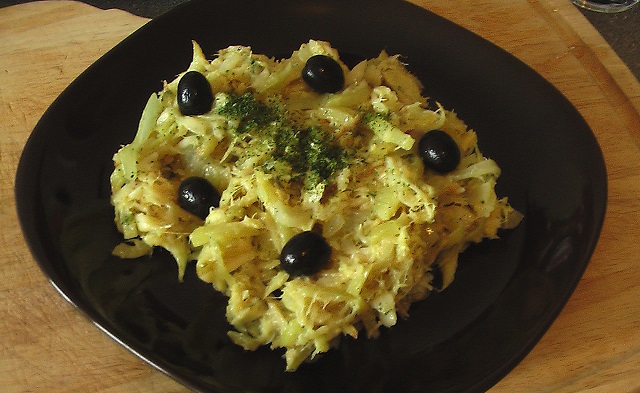 The garnishing may fool you to believe it is a vegetarian dish but actually, it is codfish dish. Since there are more than 360 species of cod are abundantly available in the North Atlantic, The Bacalhau (Cod) is a staple for the Portuguese through the preparation of this delicious dried cod dish varies in different parts of Portugal. Salted and cooked over the coals, the dried cod tastes heavenly. It’s a true Portuguese staple food. 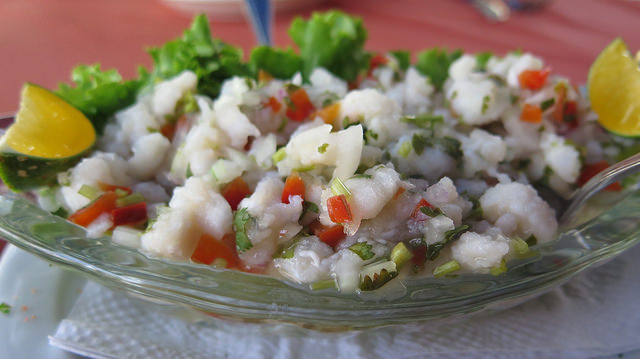 You guessed it right; it’s a salad all right! It is found on almost every menu card. Let us see what it contains.

Raw fish cubes, red bell peppers, onion, and coriander leaves (cilantro). The raw fish cut into convenient cubes is marinated in lime juice. The Ceviche is a quickly eaten Portuguese food on the go. For diners who prefer to suppress the odor of raw fish, a small dispenser is given that contains rosemary vinegar which is an aromatic sauce. I like the idea of adding the rosemary vinegar the Portuguese way of eating raw fish salad.

Basically, it is an accompaniment to drinks. You might have heard of ‘tapas’; well, the Portuguese call it ‘Petiscos’. 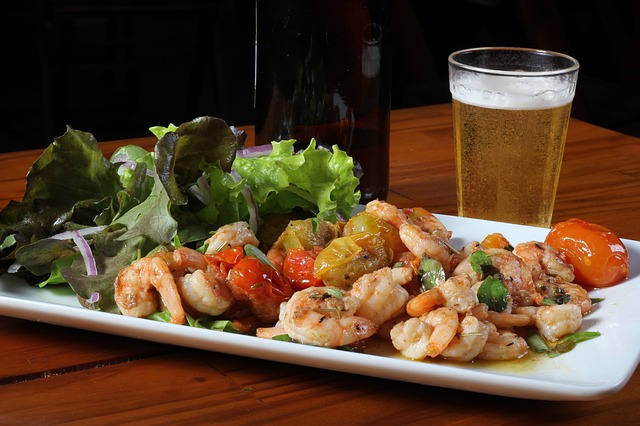 There are several versions of Petiscos that differ from region to region in Portugal and also depends on seasonal ingredients. For example, snails may be one of the contents in Petiscos.  Petiscos is an important item in Portuguese cuisine. 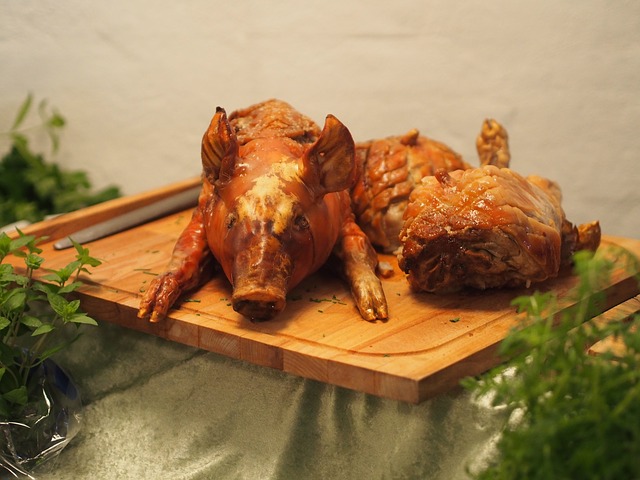 What you see in the image is a piglet (Leitao in Portuguese) that must have been two to six weeks when it was butchered and roasted. Before roasting the meat, it is rubbed with garlic and bay leaves paste, salt is also sprinkled on the Leitao before it was put in the oven. Just like festive turkey is for the Americans, the Portuguese cook Leitao during occasions of celebration. If you happen to be in places that include Coimbra, Luso, Bairrada, or Serra do Buçaco during your Portugal tour, you will find the tastiest Leitao in all the restaurants.

Simply put, it is sugar-coated Raspberry in which a few pieces of lavender stem are also added as an aromatic agent. Who doesn’t love the smell of lavender but I doubt how the fragrance will enhance the taste of a sweet jam! 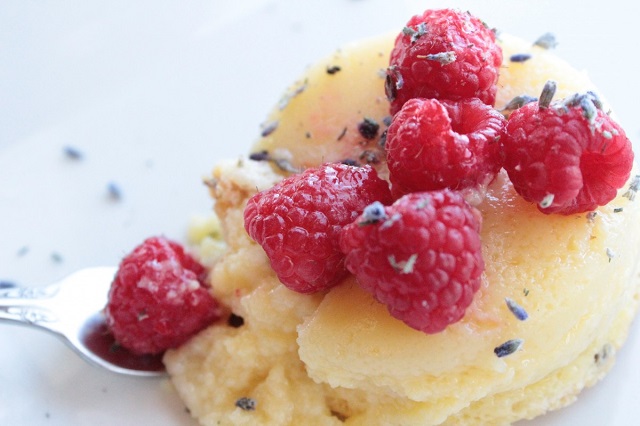 This must be another unique Portuguese food.

The name says it all-right? It is none other than the Octopus that is cooked in the traditional Portuguese style. The rare Octopus is grilled to perfection and served with boiled whole potatoes and seasoned with olive oil and garlic paste. Finally, the dish is dressed with coriander leaves.

In my next blog post, I will cover the various drinks and fruit juices of Portugal.

4 Most Visited Bars in Bangalore (Updated 2020)

5 Gluten-Free Food and Salad Restaurants in...