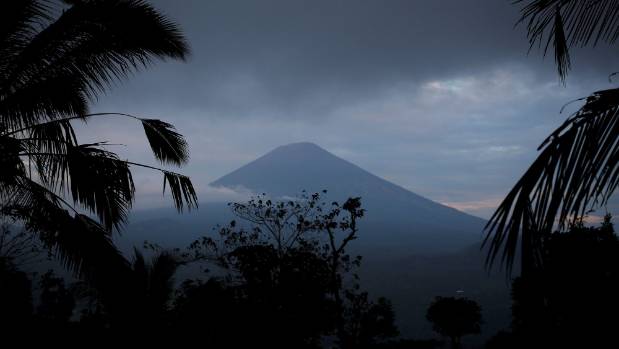 Had you read my earlier posts about volcanoes and their dangerous beauty, you would have been following every news about volcanoes in various parts of the world that are about to erupt. Yesterday, I read that the Mount Agung in Bali, Indonesia is going to erupt anytime and the Indonesia’s National Disaster Management Agency had issued a warning about its imminent eruption and has already vacated over 40,000 people living in and around the volcanic area.

This news has prompted adventure travelers to book their flights to Bali and they have packed their best cameras, a week’s ration and tenting gears to camp as near the Mount Agung as possible to live the once in a lifetime experience. 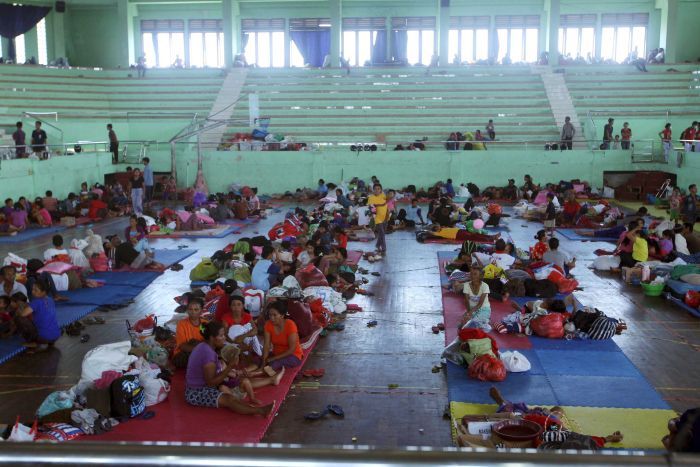 There is a Level IV alert from the Indonesia’s National Disaster Management Agency and it is the highest alert in volcano eruption warnings.

No one is allowed to beyond 12 KM mark from the volcano. I suppose that is more than sufficient for the travelers to camp and shoot the eruption live. I think the CNN and the National Geography channel must have joined the common tourists at the permitted site.

Following the September 21st warning, frequent tremors were reported in the volcanic area in Bali and the whole world is holding its breath. There were prayers too for the world safety.

The adventure travelers who could not resist going on a hike on the Mount Agung itself were prohibited strictly because of the impending flow of lava and hot ash and molten rocks. Even they expect a restriction on air travel in the region as soon as the first sight of lava. Such travel restriction warnings came from Singapore, New Zealand, UK, and the Australia.

Would the world witness another tsunami? It might be a possibility. Oh, poor, Indonesia; how much can they take?

When the eruption begins, the flights to Bali will be either canceled or re-routed to nine other regional airports in Indonesia.

Getting to Mount Agung:

Once in Bali which is connected to all the major airports in the world, it will take nearly 3 hours by road to reach the base of the climb situated at Besakih where the holiest Hindu temple Pura Besakih is located. It is a very sacred temple to the Hindus of Indonesia. It might take longer time if you rent a two wheeler but be warned that there won’t be signboards to guide you enroute.

Where to stay in Besakih?

The finest option is to book your room at Artha Augung Resort with a middle price range. The most expensive stay will be at Villa Sideman. You may have to pay USD172 per night stay there.

The Hindus of India would find some of the facts about the ‘mother temple’ Besakih interesting. Here is one such fact:

“Mount Agung was created by the Hindu God Siva who is also known as Pasupati. It was created out of the legendary Mount Meru by splitting it.

It is imperative that travelers to the Bali hire a guide mainly to move around and understand the local importance to the temples and beliefs. The Besakih temple visit is the number one in your guide’s itinerary.

Note: Beware of donation seekers who are adamant in collecting money.

This once in a centum festival was scheduled in March, 1963. It was exactly when the mountain erupted with great force and it was considered as a bad omen for the world. Miraculously, the hole ‘mother temple’ was untouched by the natural disaster.

What else can you see in the Mount Agung?

Up to a certain height of the mountain, you can see a dense forest and as such it is home to several wildlife species that include:

The Best time to visit the active volcano:

The area is said to be dry from April to September which is the best time to climb on the Mount Agung. However, I read that the hikers are not allowed to climb on it in April as it is an auspicious month to them.

Visitors are supposed to hire local guides from Bali and will be charged very nominally (max $8) which include the official permit fee to step on the mountain.

What do you require to climb on the Mount Agung?

How many routes to the peek?

There are three main routes to reach the crater of the Mount Augung.

If you are excited to see a live volcano eruption, this is the best opportunity for you. Miss it and you may regret it the rest of your life.