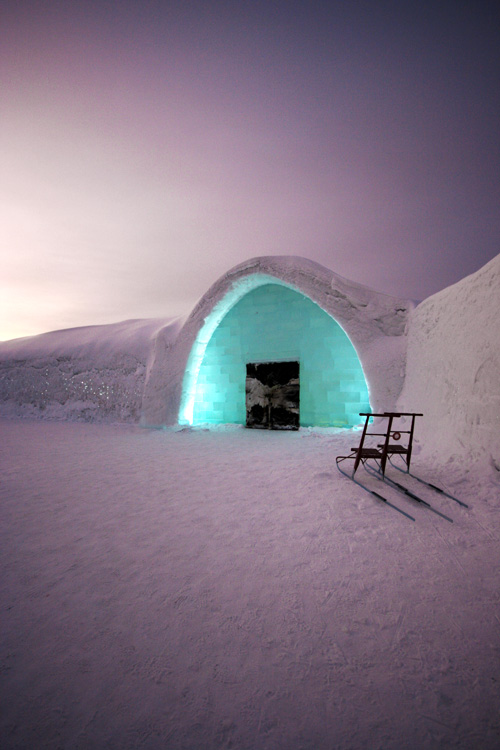 “If God had really intended men to fly, he’d make it easier to get to the airport”. – George Winters. I wish I had quoted it. If you ask every Bangalorean, he/she would say,”George Winters must have meant Bangalore traffic”’ because the time taken to reach the Bangalore airport from any part of the city is a pure nightmare. I along with a few of my friends was having a small party on the terrace of one of the friend’s houses in Bangalore. The weather was very cool and we felt as if we were sitting inside an igloo. The topic instantly veered to our different experiences of staying in an ice hotel or drinking in an igloo restaurant.

Each of us narrated our ‘cool’ story and by the time, we finished our dinner, we were shivering. Of all the bizarre staying options, the one about the bed made of ice in an ice hotel sent chills up my spine.

Here is an excerpt from our chat about the ice hotels and igloo bars in various part of the world.

Saariselkä Fell region in northern Finland and is a very popular winter sports destination. The property located in this region is awesome with thermal glass igloos. The added attraction in this ice hotel is the igloos sport a glass roof. I suppose the idea behind it is to facilitate seeing northern lights staying indoors in an igloo.

Maybe you need not add crushed ice to a glass to make it appear frosty. All you have to do is place the drink on any table in the rooftop igloo bar for about 15 minutes and the frosty drink is ready.

The igloo is located on the rooftop of 360 bar addressed at Andrássy Avenue in Budapest. This building is the tallest building in Budapest and the view from the rooftop is 360 degree and hence the bar is aptly named.

There are 6 igloos that are fitted with heaters. Additionally, the guests can use the blankets that are kept inside the igloo.

The video conveys all about this New York City’s rooftop igloo bar. Looking at the gaiety atmosphere, the guests are all having a ball and I think they must be feeling as if they are on cloud nine (if not literally).

I am sure there are few takers (drinkers rather?) for the frothy hot chocolate and steaming hot coffee that appears on the short menu. The weather outside is too cold to sip something hot that would keep the body warm, but not for long that only whiskey or similar alcoholic drinks can do.

Located in Jukkasjärvi, a very small village in Sweden’s Norrbotten County with only about 600 inhabitants, the hotel offers ice rooms that are sculpted out of real ice blocks. The bed itself is a platform of ice. The guest, of course, cannot lie down on ice bed-right? They are given thermal sleeping bags.

Among the amenities of the hotel, I read there is an ice bar. OMG! Whatever is it for? 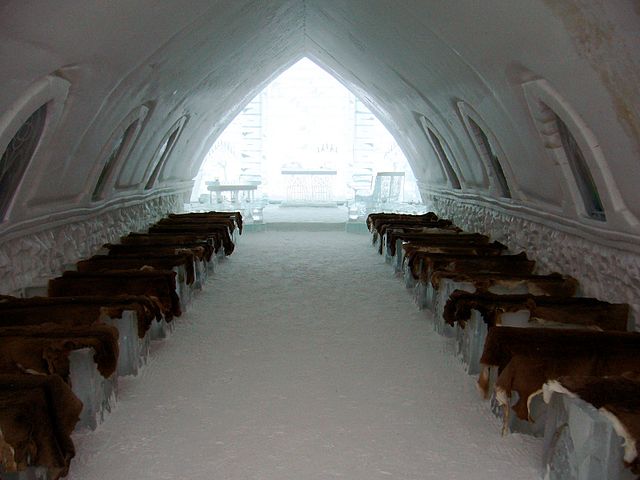 During the winter months, this unique hotel is transformed into all snow and ice. Look at this imagination; even the drinks are served in a glass made of ice! The 40+ rooms get filled up well before they open for the winter season.

It is reported that since the hotel’s launch in 2001, over a million guests have stayed in this rock solid ice hotel.

As I am composing this blog post, the temperature in Quebec is minus 25 degrees. 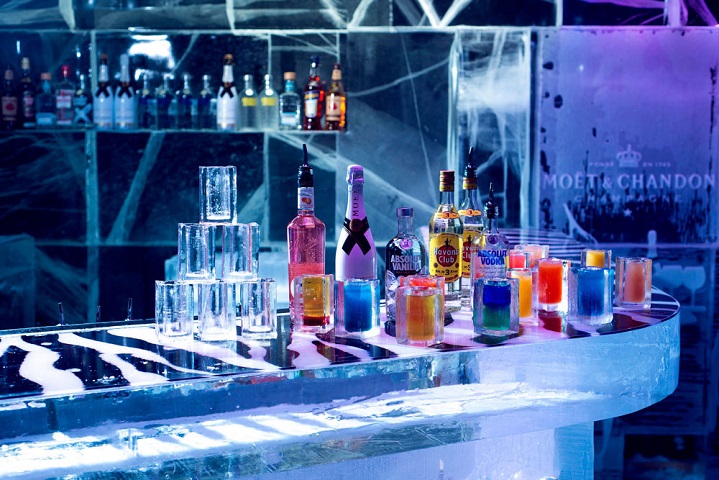 As you enter the rather small bar made of ice, you are instantly chilled to minus 5 degrees! It is a permanent ice bar built with real ice blocks from the rivers of Sweden. The exact location of the source river is 200km above the Arctic Circle! In this ice bar also, the drinks are served in ice glasses. Oops! Drinking from ice cups-won’t that hurt your mouth?

The icebar’s website recommends guests to reserve their tables 3 months in advance.

The Lapland Snow Village is a 3-star hotel in Finland. The hotel has snow suites and rooms. Guests love to dine in the ice restaurant after having a couple of drinks in the ice bar.

By the end of October every year when the winter season begins with minus 10 degrees, expert snow sculptors, start building the snow village hotel. For the building process, they use as much as 350 thousand kilograms of ice and twenty million kilograms of snow! Oh my goodness! They must be using some special tools to cart that much of ice material.

There are 30 ice rooms in the SnowVillage.  Do you know that when couples desire to marry in the snow village, they are taken to an Ice Chapel that is furnished snow and ice!

Incredible ice and snow hotel in the world!

How to Spend a Weekend in Doha?