Beautiful South East Asian Places for Holidaying are compulsive travelers’ attractors. A joyous traveler, as well as someone who just want to escape his/her home country for a while, will find what they expected to find in South East Asia.

No other groups of countries in the world that are as diverse as South East Asia. Take for example, Eastern Europe or Scandinavian countries; there is not much diversity in them.

In any single South East Asian country, you can find different regions and landscapes that include:

I have a list of countries and places in South East Asia that are perfect for travelers to enjoy their vacation to the fullest and leave their holiday destination with a fulfilled desire. 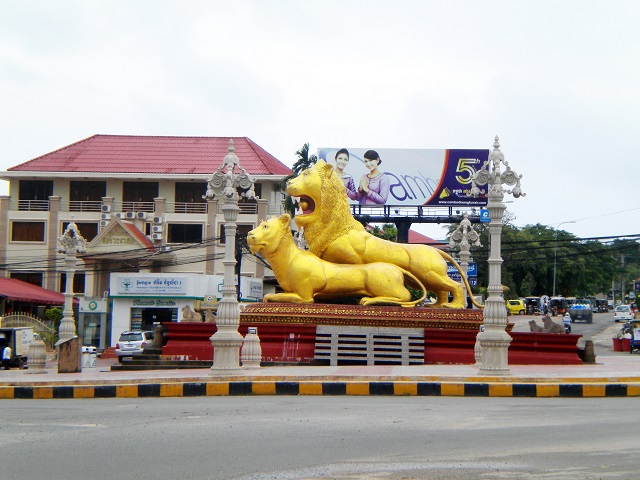 Sihanoukville is in Cambodia, a South East Asian country with diverse landscape such as mountains, plains, lengthy Gulf of Thailand coastline and the famous Mekong Delta.

Sihanoukville is located on the southwestern part of Cambodia, at the edge of Gulf of Thailand. It is also called as “Kampong Som”.

Sihanoukville beaches are perfect places to just relax and laze around or go snorkeling. The Cambodians frequent the Sihanoukville beach holiday destination. The locals prefer to stay in small fishermen’s huts but the American tourists always stay in high-end star hotels.

Some of the best beaches in Sihanoukville are:

Since the Americans are nostalgic about Sihanoukville because it was their last destination before withdrawing their troops after a long fought war, they still visit Sihanoukville that is well connected with Phnom Penh, the capital of Cambodia. 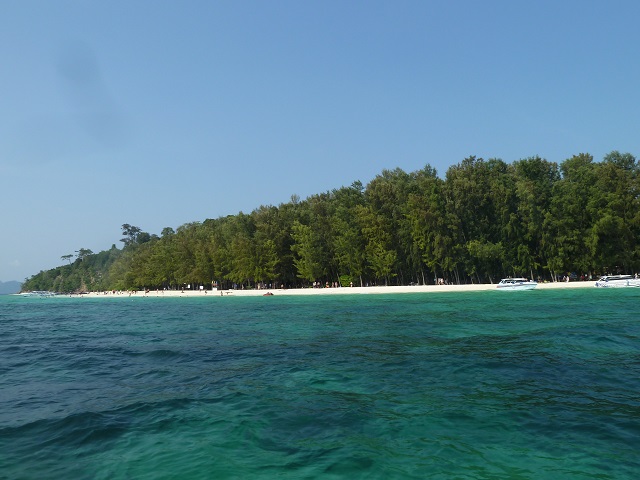 The most visited tourist attraction in Sihanoukville is the Koh Russei which is an island off the shores of Sihanoukville. It is popularly known as Bamboo island. 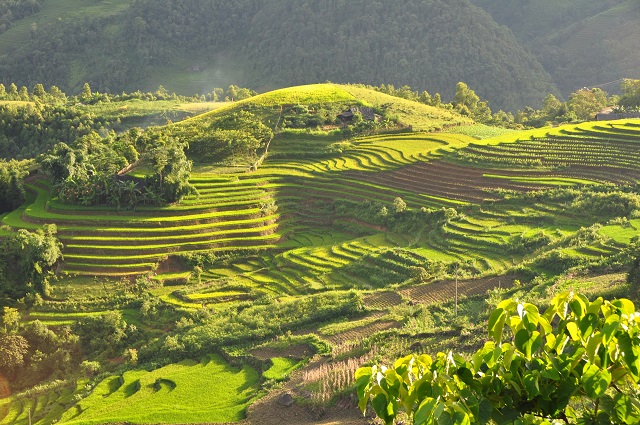 Not very popular to you-eh? Sapa attracts mostly South East Asian tourists because of its rather isolated location in Vietnam’s Hoàng Liên Son Mountains. This mountain range is the sole attracting power of Sapa. People visit this South East Asian place for its: 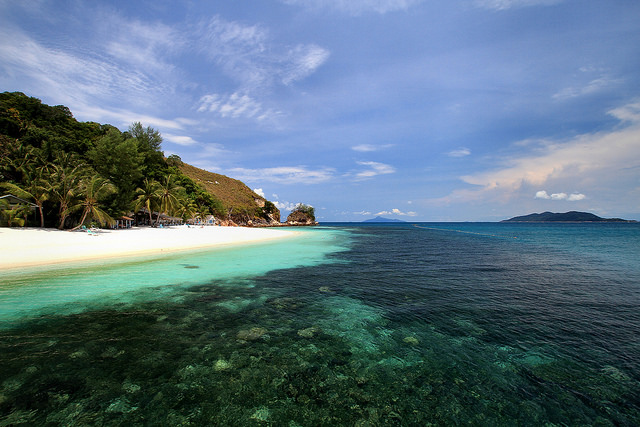 All these 5 islands are coral islands that are favorite destinations among scuba divers and snorkelers.

How to reach Perhentian Islands?

It is an exciting mixture of flight, road, and boat traveling. You start your voyage from Malaysia’s Kuala Lumpur by flight up to Kuala Terengganu or Kota Bharu. This is a 45 minutes air travel. Then,  reach the Kuala Besut jetty by either a taxi or by bus. From this mini port, you go on board a ferry. The sea trip will take about 30 minutes only to land at Perhentian Islands. 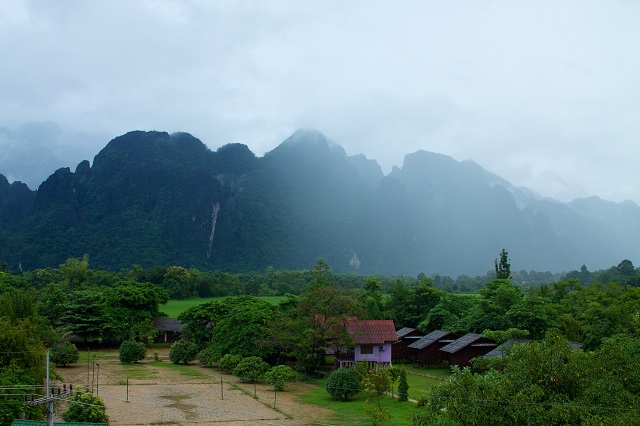 Vang Vieng is located in north Vientiane and it is mainly a Buddhist pilgrimage attraction. In addition, this small South East Asian town is a scenic place located on the banks of a Nam Song River.

The beautiful mountains you see on the image are limestone mountains. The most attractive sightseeing spot in Van Vieng is the reclining Buddha statue in the Tham Poukham cave. Other caves of tourist importance in Vang Vieng are Tham Nam Cave and Tham Xang Cave. There are a few Buddhist monasteries in Vang Vieng that belong to the 16th century.

Tourists after worshipping the Buddha in the monasteries take time off to trek in the karst mountains. 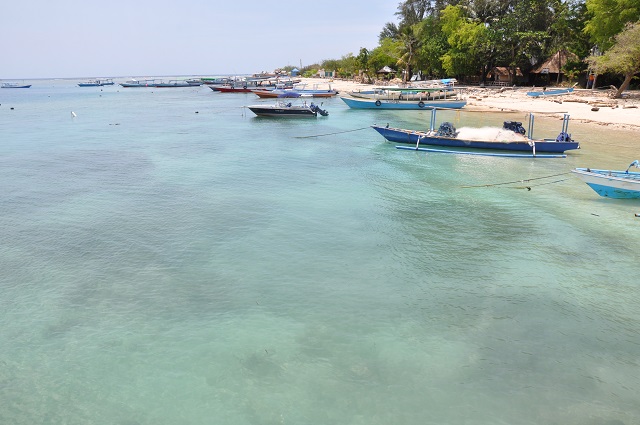 The Gili Islands archipelago look deserted but even with its isolated look, it is inviting. This South East Asian archipelago comprises of three small islands namely:

The Gili islands look like typical tropical islands with white sand beaches bordered by the coconut trees kissed by the aqua blue water.

Gili Islands don’t have many extra attractions but the islands themselves attract with their serene beauty and the calm breeze.

A unique aspect of this South East Asian tourist attraction is, no cars are allowed on the islands. You can only move around in bicycles or the primitive looking but useful horse-drawn carriages. 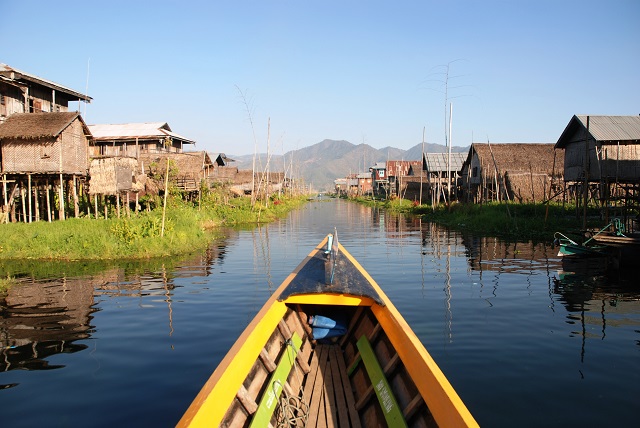 At the far end of the Inle Lake, you see the Shan Hills Myanmar. It is not only a South East Asian tourist attraction but also a South East Myanmar location.

Inle Lake is said to be Myanmar’s second largest lake. It is the center of habitation here in Myanmar. The people who live in the village surrounding the lake are called the Intha people who hail from the Tibeto-Burmese ethnicity.

Some villagers live in small floating huts too in the Inle Lake.  They become floating vendors selling their agricultural produce and fish they catch in the lake. They use both motorboats and leg-rowing boats.

Won’t you thank me for introducing these lesser known but enchanting South East Asian places of attraction?