10 Rare and Most Exquisite Black Sand Beaches in the World

Before that, I blogged about the five lovely beautiful black sand beaches in other parts of the world, eleven months ago.

I realized there are 10 more of these rare black sand beaches that I thought you should know and hence this blog post.

Black sand beaches are unique and rare. First, they are photogenic because of its rarity and the contrasting blue sea in the background. In addition, they do not pass on to you all the heat it takes from the sun. Yes, there is less radiation.

First, let me tell you about the black sand beaches where they are not supposed to be. I mean, such places stand as black sheep (black sand) amongst all other beaches in the vicinity that don’t sport black sand. Places like Hawaii, where the volcanoes are more and active too, most of the famous Hawaiian beaches have black sand. 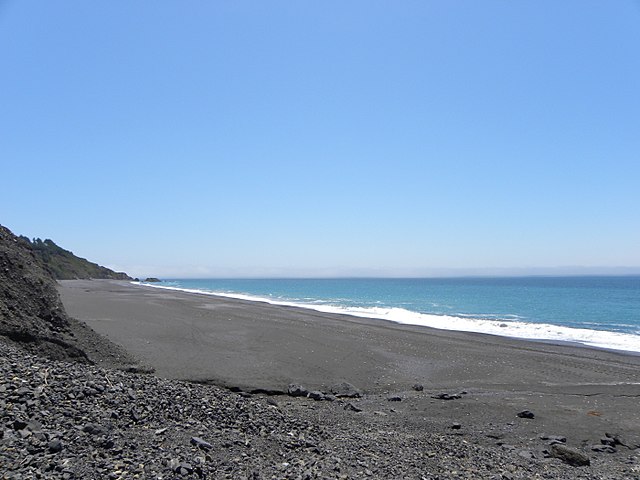 See how beautiful the scene is! Navy blue and black color seem to be great companions. Generally, the beaches of California are palm-fringed with a hectic tourist activity but the Shelter Cove beach is quiet and less crowded. I think the friendly Californians do not like beach sand in black color. Nevertheless, it is the best black sand beach in America’s mainland.

There is no volcano nearby but still, there is a black sand beach stretch that is about 130 km long. Wow! That’s a long stretch of coast really.

The reason for this black sand stretch is dark colored sandstone called Greywacke. 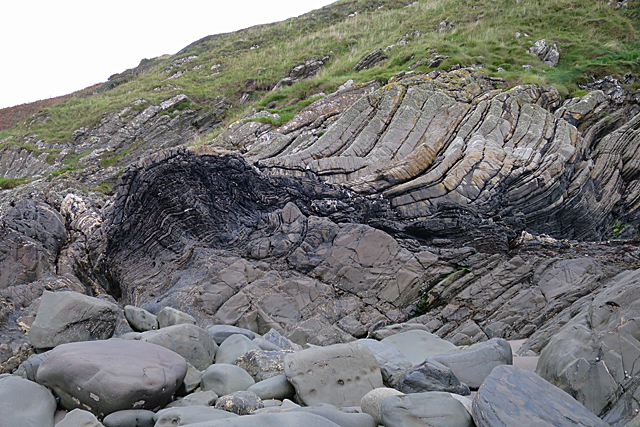 Reviews about this lovely black sand beach in California warn us about tough driving conditions to reach the place. 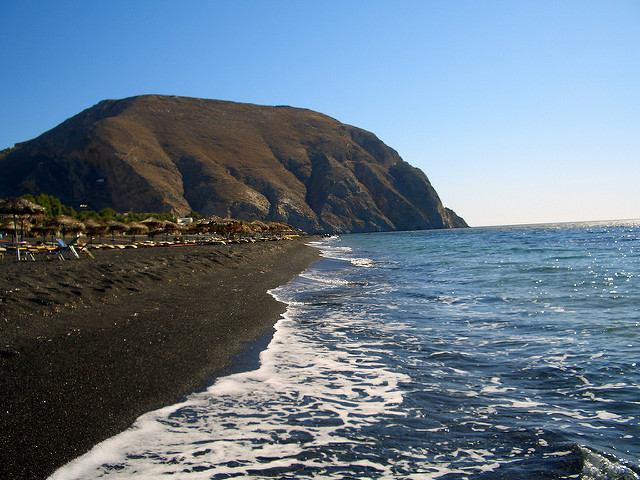 The Greek beaches are known to be hot but not all of them wear black sand. The Perissa Beach is a specialty among other famous beaches in Greece. In fact, there is another beach in Santorini that has red sand and is known by the name ‘The Red Beach”. To ward off the heat, you can see several Palapas erected on the beach as shelters. 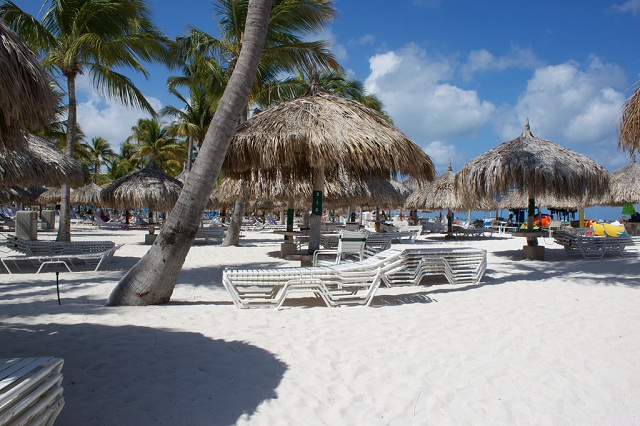 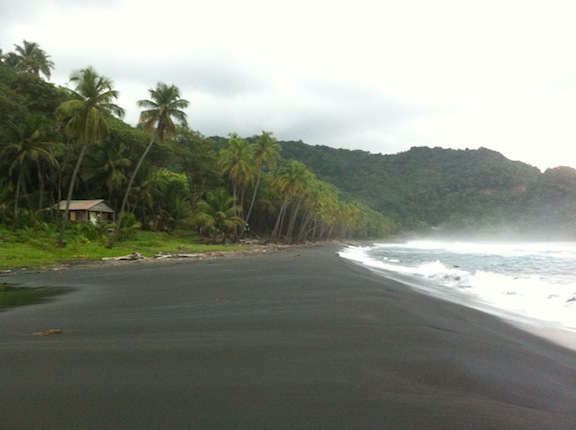 Can’t take your eyes off this striking black sand beach in Grenada, the Caribbean-eh? It is almost deserted always. There is not much to see or to do here except a waterfall called the ‘Concord Falls’. 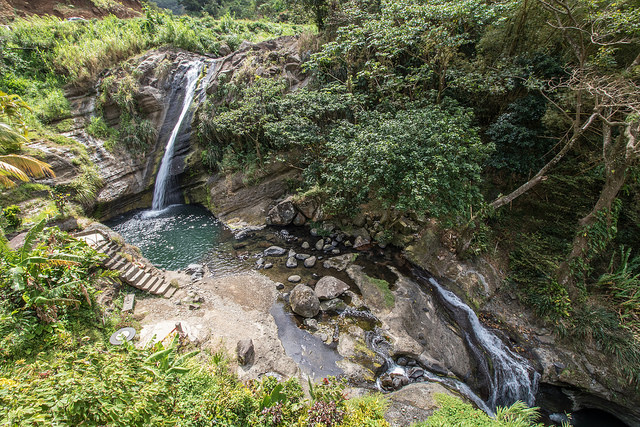 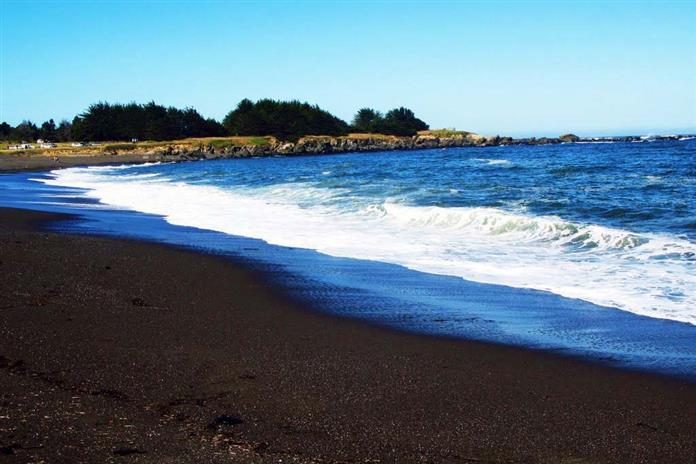 All the Philippines tourists’ attention is drawn to the Boracay island, the world’s most beautiful island. That’s why the black beauty receives sporadic traffic. If only, the local authorities make some serious effort to promote tourism for this black sand wonder, it will slowly become famous. It deserves it, don’t you think so? There is an active volcano called Mayon in the distance, situated in the middle of the sea and it’s the cause of black colored sand. In the history books of Philippines, there is a record of 47 eruptions over 5 centuries. There are quite a lot of places to see when you take time to go and see the black sand beach at Santo Domingo Beach.

I am surprised to know that there are more than 100 volcanoes in Iceland. OMG! Hundred plus volcanoes in just one country? However, all of them are dormant now or so it seems. 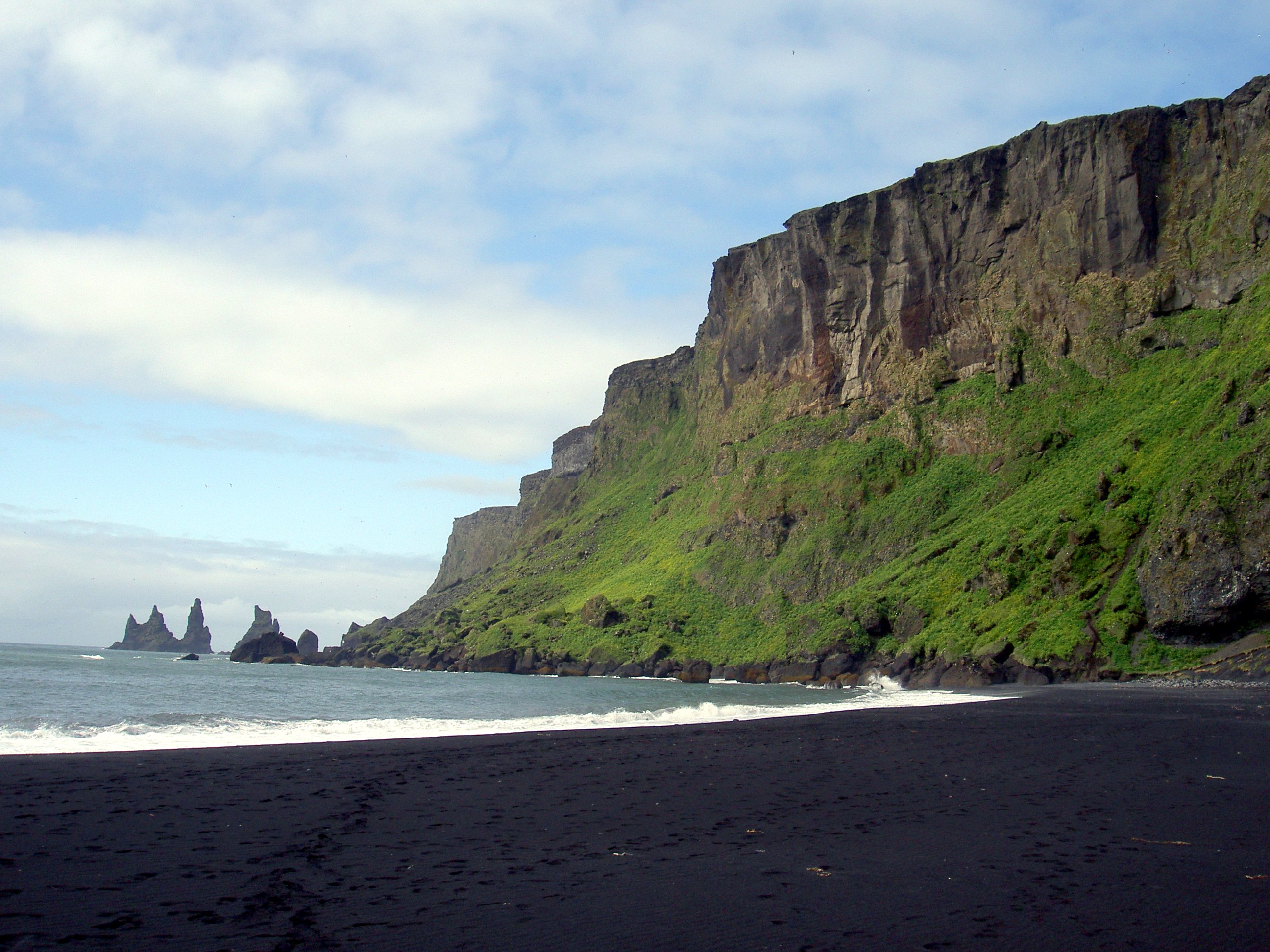 That’s the photo of our subject. It is locally known as Reynisfjara. Look at the towering cliffs and rock formations in the beach. They add a sense of exoticism to the black sand covered beach.

There is a cave right on the beach. Hálsanefshellir cave as it is called, the black sand here comprises rather large particles. 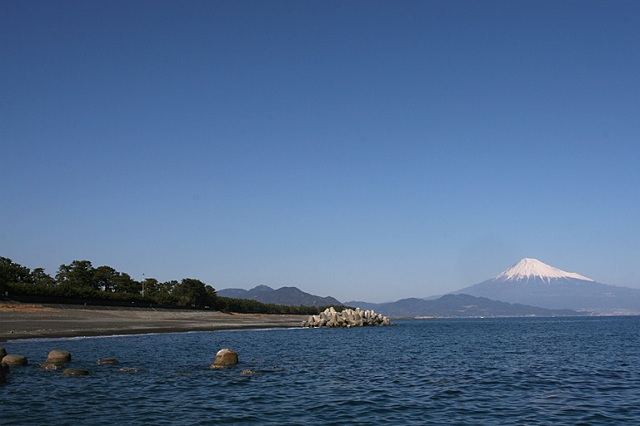 Here is a video that has captured the whole black sand beach beautifully. 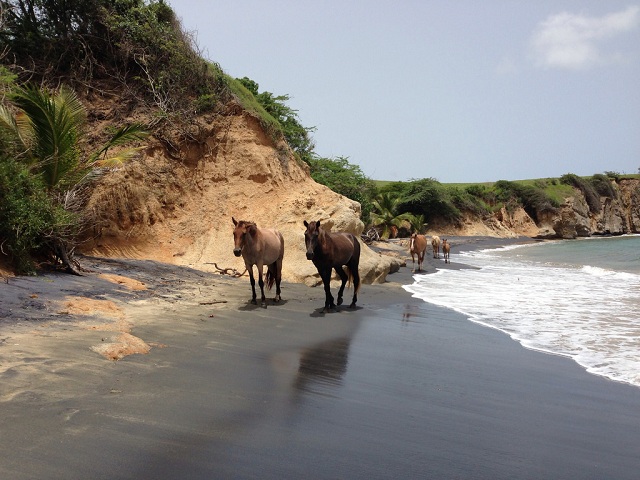 This rare black sand beach is again the odd man out because all the other beaches in Vieques, wear white sand. The black sand here is due to some geological phenomenon such as movement of tectonic plates. It is reported that the back sand here is quite sticky and would stain your towel when you start brushing off the reluctant black sand particles. I think the black sand everywhere would have such a physical property.

There is one more black sand beach in Iceland. 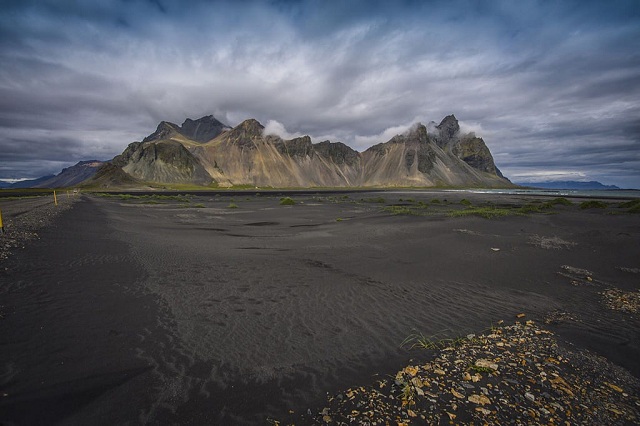 Not much information s available about this black beach. 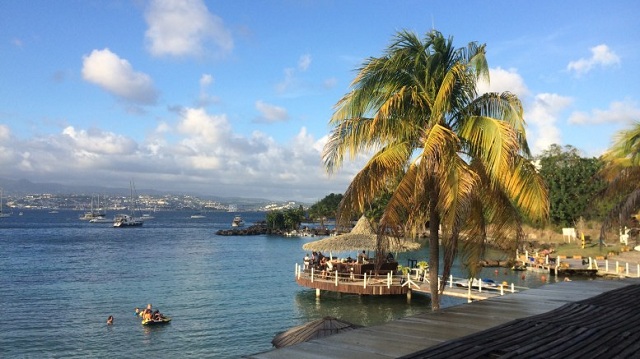 The black sand beach at Anse Ceron is located in the Caribbean island of Martinique. The name suggests that it is French and the island is in fact, belongs to France. As they say, it is an overseas region of France.

It’s beautiful; black color at its best here. The Caribbean sea in many places is emerald green. The black color looks more prominent in green contrast.

In Hawaii alone, there are 7 or 8 beaches with black sand. I will deal with them exclusively on another date.

Mount Kilimanjaro Trekking Routes: Which Route is the Best?

What to Do in Montenegro- Attractions and Activities

Best Places to Visit in Asia Once in...

7 Underrated Vacation Spots in the World