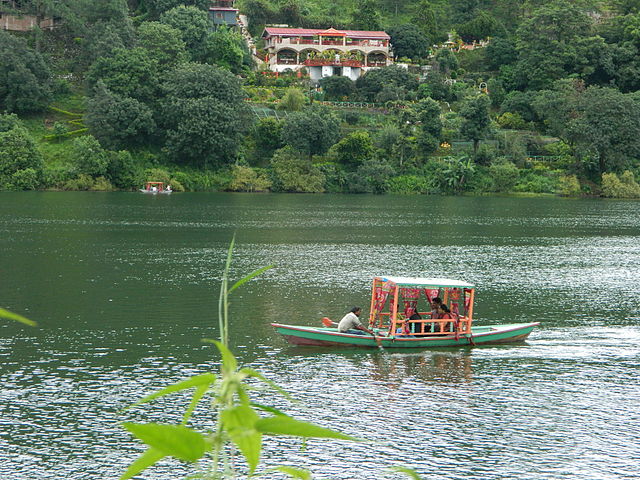 Once you come to know of these cool place near Delhi, your search for cheap summer escape near New Delhi will come to a permanent end.

Right now, as I am writing this article about excellent summer getaways near the Indian national capital New Delhi, entire northern India is sizzling hot with the temperature well over 110 degrees C.

All the popular Himalayan hill stations near Delhi such as Shimla are overcrowded and tourists are turned back due to lack of accommodation. In fact, the rejected tourists’ number is so much so that their cars are subjected to regulated passage back to Delhi and other cities in North India.

So, where will the tourists go to escape the hot summer at least for a few days? Are there less-crowded cool places near Delhi, Jaipur, and Chandigarh, the three top cities in northern India that are experiencing severe summer?

Yes, there are definitely cheap summer escape near New Delhi (around 300 km or so) that are much less crowded, rather largely unknown chilly summer escape destinations.

In addition, these cheap summer escape near New Delhi are less expensive than Shimla and Macleod Ganj in the Himalayas.

Let us know one of those hidden gems of weekend summer escape near Delhi, India. 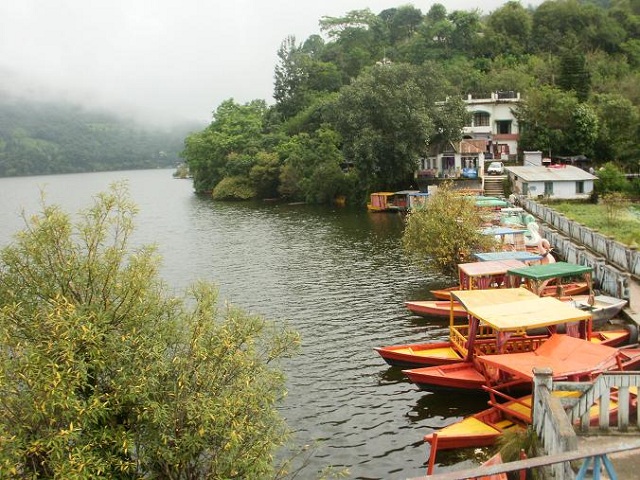 Do you like the place? Do you want to know where this summer getaway is located? I am sure that is your first question followed by how to reach the ‘lake of nine corners’ which is the actual meaning of ‘Naukuchiatal’, the summer escape near New Delhi .

From New Delhi, it is located some 320 km away on the way to Nainital, the third most popular Himalayan hill station in India.

Nainital is only 26 km away from our destination Naukuchiatal.

How to reach Naukuchiatal.

The nearest railway station is Kothkudam. Alternatively, you can drive from New Delhi.

So, what is the climate like in Naukuchiatal during summer?

Therefore, the best time to visit Naukuchiatal is from April to June.

Now, about the lake called Naukuchiatal:

It is a natural lake with drinkable water. The is rich in mineral content as its source is a spring that bubbles underneath the lakebed. Fantastic, isn’t it?

The Naukuchiatal is situated at a height of approximately 4000 feet above sea level. You can imagine the pleasantly cool weather at this high altitude.

The lake is quite large, buddy, for you to take a stroll along its circumference. The length of Naukuchiatal is nearly 3.2 km and its breadth is 2.3 km.

Surprisingly, its depth is measured at 132 feet only.

So what exactly can you do once you reach Naukuchiatal?

Laze around, take a leisure walk around the lake. You won’t get that chance in New Delhi’s highly polluted landscape.

Other activities in summer escape near New Delhi :

Situated at an altitude of 4000 feet in the Himalayas means you can spot quite a number of Himalayan birds.  Oh yes, you are allowed to do a bit of angling in the lake.

Sure, you can rowboat and go parasailing on Naukuchiatal.

Hiking the surrounding hills can be rejuvenating, as your path is full of tall mountain trees and thick shrubs that are an ideal habitat for the wildlife.

Nearby sightseeing attractions of Naukuchiatal the Cheap summer escape near New Delhi:

Are there hotels to stay in Naukuchiatal?

Of course, yes! There are a handful of hotels to stay in Naukuchiatal that include lakeside bungalows, 3-star hotels, and budget lodges. You get decent vegetarian food in the hotels and small street food kiosks in Naukuchiatal. North Indian cuisine is the sole option. You can also expect the ubiquitous North East Indian specialty ‘Momos’ on the streets of Naukuchiatal.

Names of a few hotels in Naukuchiatal for staying:

This largely unknown summer escape near New Delhi is naturally less crowded and hence getting decent accommodation is not an issue.

However, as Nainital is more of a central place to see several nearby attractions mentioned above, you can opt to stay in Nainital where the choice of hotels and cottages throws huge options.

Naukuchiatal, the coolest cheap summer escape near New Delhi for the residents of New Delhi is certainly unheard of by the majority of Indians whose love for the hill stations is the sole reason for a big development of hill resorts in various parts of India.