El Salvador Travel Guide 2020: What You Need to Know 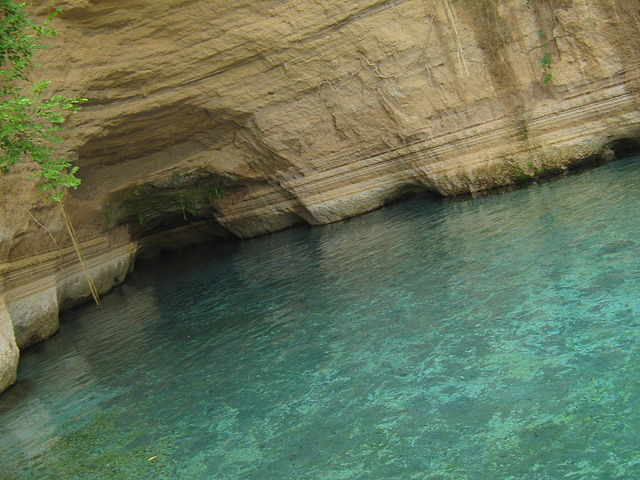 Where is El Salvador?

Here is it is pointed in red in the world atlas. Here is El Salvador Map to get some idea. 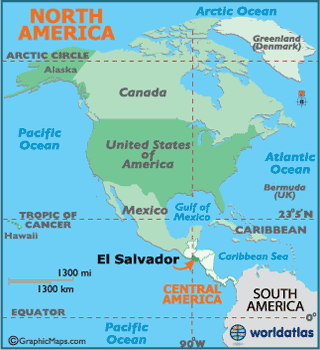 When the same El Salvador Map expanded, here is how it looks. 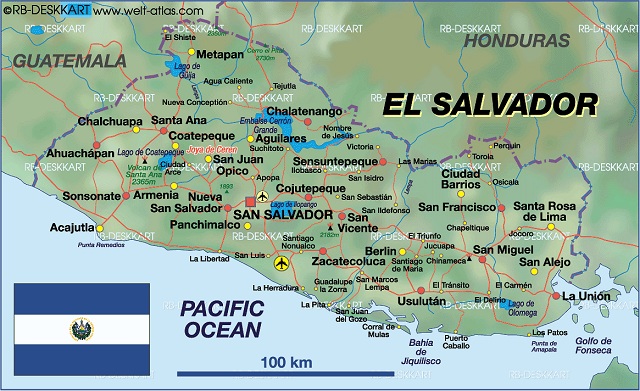 As you can see, El Salvador is a peninsula that is sandwiched tightly between two other Central American countries, namely Honduras and Guatemala. Salvador faces the Pacific Ocean on its west.

How to reach El Salvador?

There is an international airport in its capital San Salvador that receives flights from various parts of the world.

Since El Salvador is a landlocked country on three sides, it is easily accessible by road from other Central American countries. 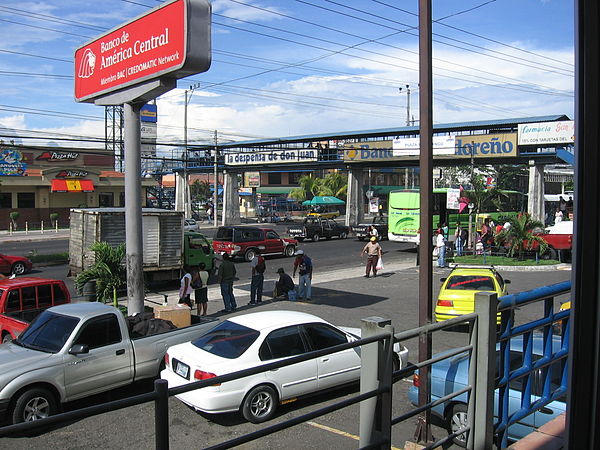 The words ‘El’ and ‘San’ frequently occur in the names of places and people in Salvador. This implies, the country was under the rule of Spain for long, and the Spanish influence has stayed for good in the language of the nation, the food, and the culture.

El Salvador terrain is mountainous and that too volcanic. It has lovely beaches on the Pacific Ocean. Beaches offer excellent facilities for surfing, swimming, and other water sports.

Rainforests that hidden gems of waterfalls, thick coffee plantations on the way, beautiful birds scattered across the nation.

There are 23 volcanoes in El Salvador, and all of them are said to be active. This means there are a handful of lovely looking calderas too.

Look at the breathtaking Coatepeque Caldera. 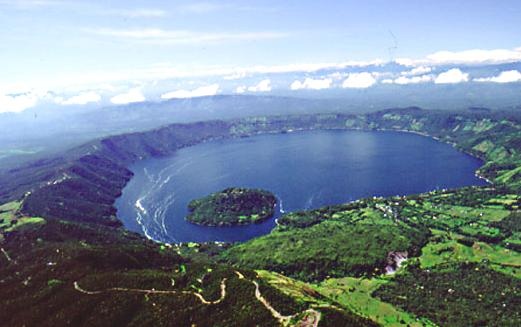 The same viewed aerially below. The background mountain is the Izalco volcano. 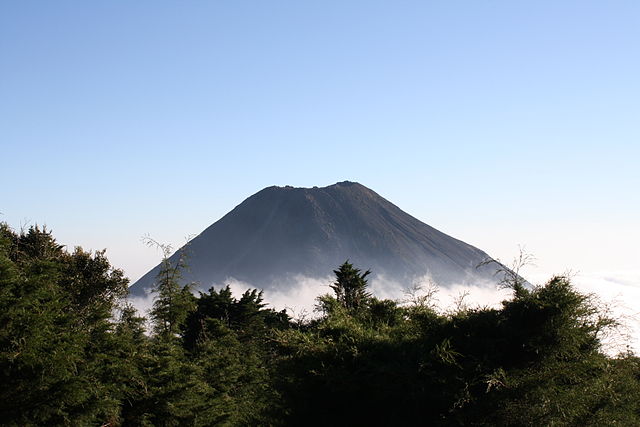 Close-up of the Izalco volcano 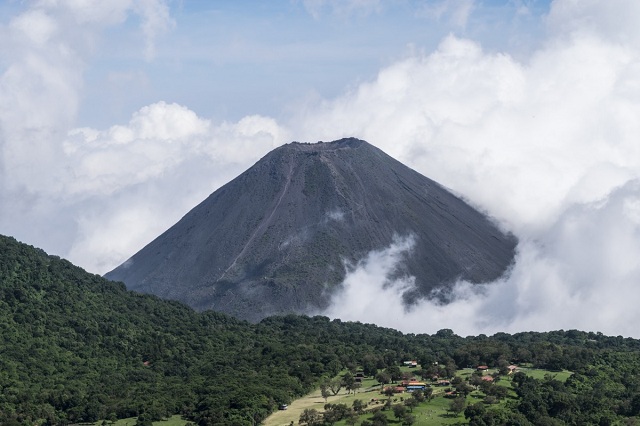 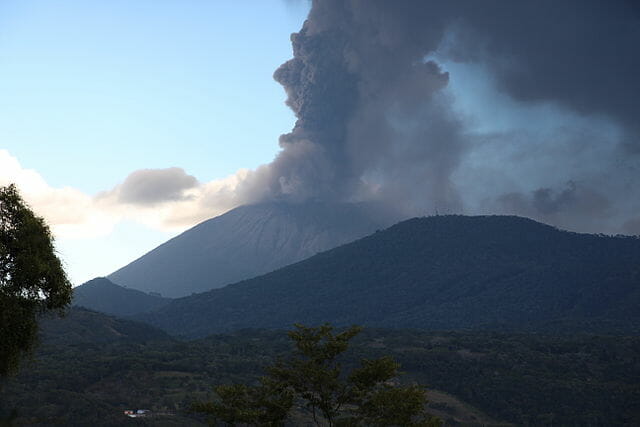 The eruption captured in 2013. This volcano is located very close (15 km) to the big city of San Miguel.

The largest volcano is Santa Ana, and it is located very close to the Izalco volcano. 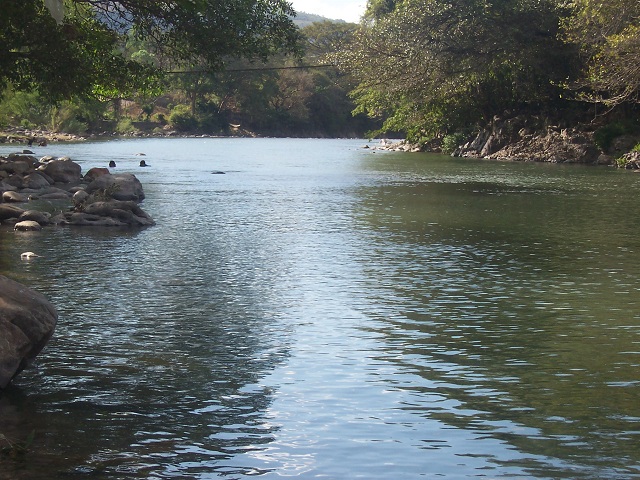 Out of the 300 odd rivers that flow through it, the longest is Rio Lempa that originates from Guatemala and joins the Pacific in El Salvador after running for 420 km. 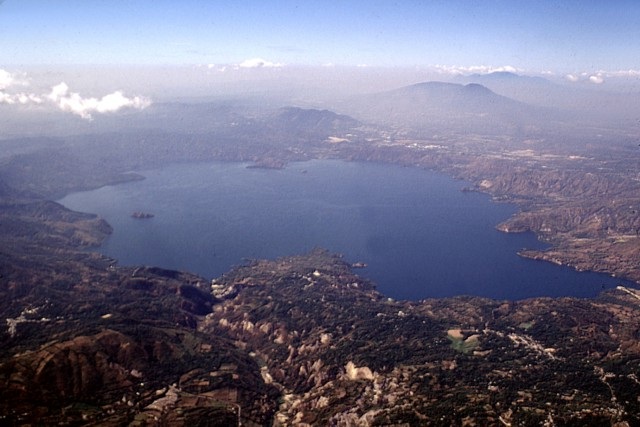 As it appears, it is a crater lake that contains pure water. From the image above, you cannot visualize the lake’s exact size, which is 11 km in length and 8 km in width. Wow! That’s a massive lake in El Salvador.

Two other lakes that are worth seeing in El Salvador.

Ahuachapan is about 100 km from San Salvador, the capital of El Salvador, where there are five natural hot water springs. The most beautiful of them is the Valdivieso, a crater actually with a width of 20 meters in dia. The presence of sulphur gives a greenish blue color to the water.

La Liberated is a strange name for a region in El Salvador. This place has got the best beaches that are highly popular among surfers. Among various spots where surfers throng, La Punta is known to for 10 feet waves.

This is another beach in El Salvador’s La Liberated region that the surfers indulge in surfing.

The color of the sand is a unique beige. Here, the accommodation range is quite big, that includes beach cottages and beachfront luxury villas.

Other beautiful beaches in El Salvador are:

So, it is evident that beach buffs should head straight to La Liberated region to hit the water as most of the best beaches located in this coastal region. Because of the favorable waves that are conducive to surfing, the La Liberated region in El Salvador is called the ‘mecca of surfing’; of course, there ten other beaches in the world that carry the same name.

Suchitoto is a small town in El Salvador. I wonder why it included in the itinerary of most of the guided tours in El Salvador. The only attraction is Lago Suchitlán which is an artificial lake, quite a large lake it is where you can take a boat ride watching the migratory birds in close quarters.

Apart from water surfing, there are other water sports that are played on the El Salvador beaches.

Since there is no dearth of (Volcanic) mountainous terrains in El Salvador, hiking such lush green mountains to reach up to the peak to have a peep in the crater is a popular adventure sport. Of all the volcanoes, the dangerous Santa Ana volcano somehow attracts a large number of hikers. Once on top, the view of the Pacific ocean and neighboring Honduras and Guatemala is stunning.

Parque Nacional Montecristo cloud forest walking is supposed to take your breath away. The thick tropical forest is a habitat to myriad wildlife. The video below would urge forest lovers to pack and visit the rainforest immediately. 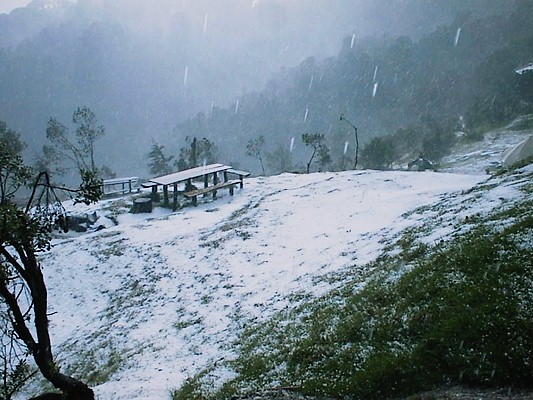 This is an enchanting adventure activity for the tourists in El Salvador. It reaches up to a height of nearly 9000 feet, housing great fauna. 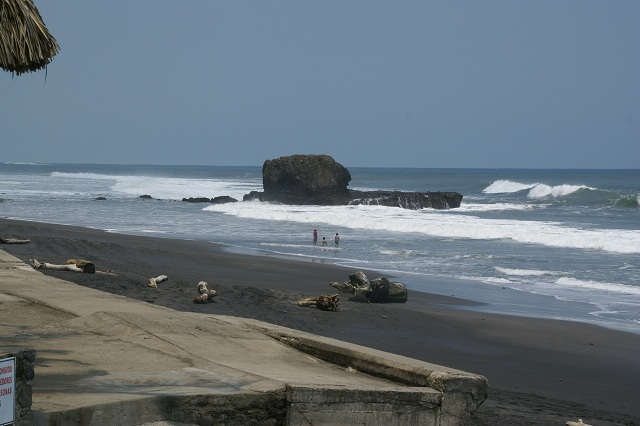 It is not the black sand that attracts the tourists but the ideal conditions offered by the waves for surfing.

It seems surfing alone is the prime reasons for tourists to visit El Salvador. I would cite the range of food cooked by the Salvadorans can also be attributed to the tourism flourish in El Salvador.

El Tunco surfing town is just 35 km San Salvador, the capital. When the entrepreneurs saw the tourist crowd swell during weekends, they saw it a great business opportunity and started building hotels and offered rooms at an affordable price to lure more tourists from all parts of El Salvador and also from the neighboring Central American countries.

The adventurous surfers found out two more surfing beaches when they saw the crowd in El Tunco started spilling over to nearby beaches.

The waves get really big but great for surfing. Look at this thrilling video of El Sunzal surfing. 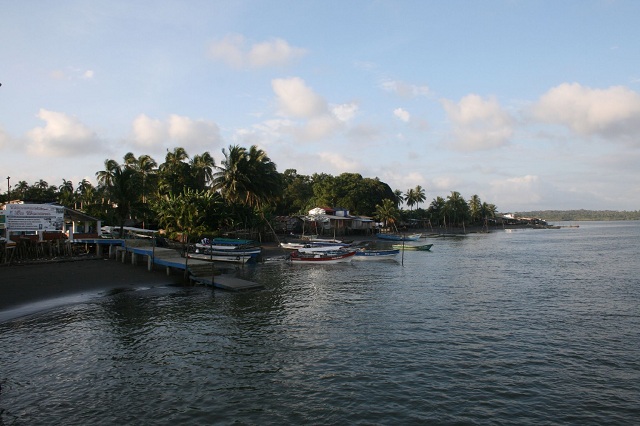 All the five surfing beaches are located in the La Liberated region of El Salvador. The black sand in these El Salvador beaches is not a surprise. After all, it is home to volcanoes and more volcanoes.

You can spot the shy toucans that resemble the hornbills. 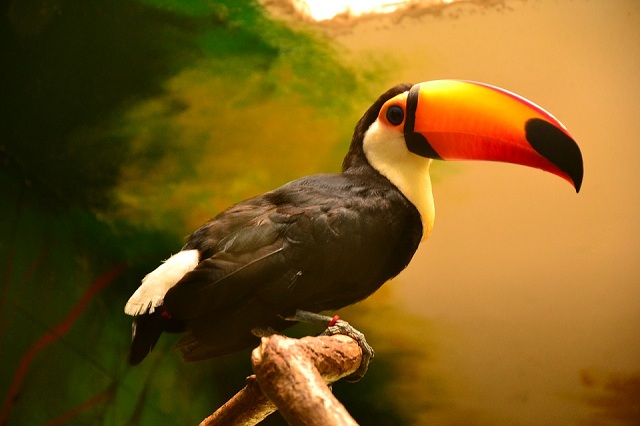 Strangely, the sea turtles seem to like Pacific shores of El Salvador. There are four scarce species of turtles that live here.

The wildlife scene in El Salvador would entice every animal lover to make an exclusive trip with all their high-end professional video cameras and other bird watching gears.

Well, we have seen the beautiful toucans found in abundance in Salvador, Other beautiful birds that can be spotted are: 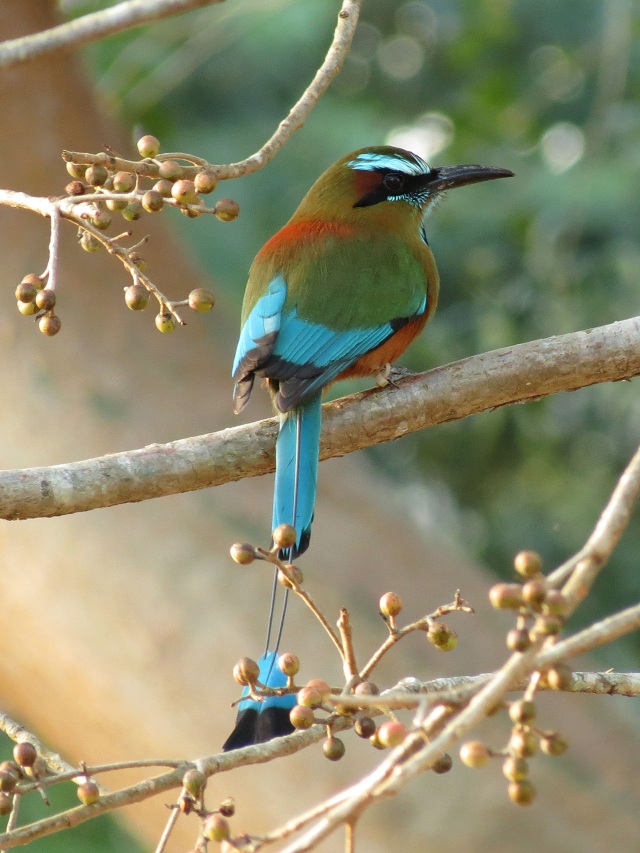 This beautiful bird deserves a better name. Motmot is not at all a fancy name, but I suppose it is too late for the bird to apply for a name change. 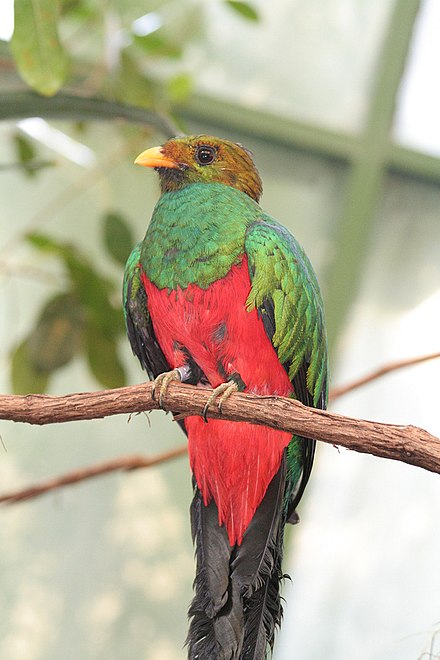 We have all seen only white pelicans but never a brown pelican-right? Here is how it looks. 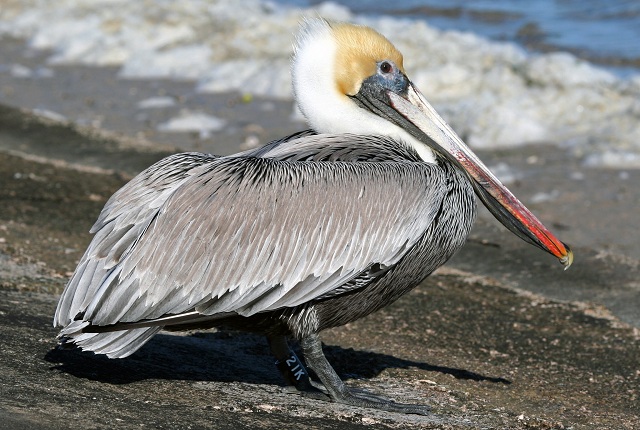 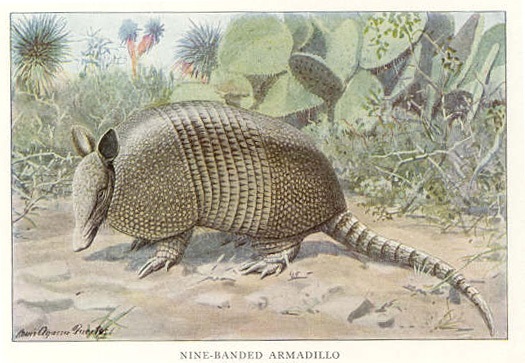 Oh, I have never seen even a photo of this mammal; must be endemic to Central America?

I noticed quite a lot of bat species had made El Salvador as their safe habitat. I think the availability of abundant food in the Rainforests must be the reason for their proliferation.

The Eating scene in El Salvador

Well, the cuisine is all Spanish in El Salvador. However, there are more unique dishes cooked in El Salvador than in entire Spain. The natives of El Salvador (Lenca and Pipil) before the Spanish reign offer their contribution to the overall food, and collectively, it is called the Salvadorian cuisine.  Of course, due to a significant flux in tourism to this country, cuisines from various countries too, have made their presence. Counties such as far away from Japan, Chili, Italy, Peru, China, and German are offering their national cuisine in Salvador. This indicates the tourism to this small Central American country is at its flourishing best.

The most popular and ubiquitous dish that is served everywhere in El Salvador is the Pupusa that made of maize, which seems to be the staple of El Salvador. Pupusa is better understood if called Tortilla. 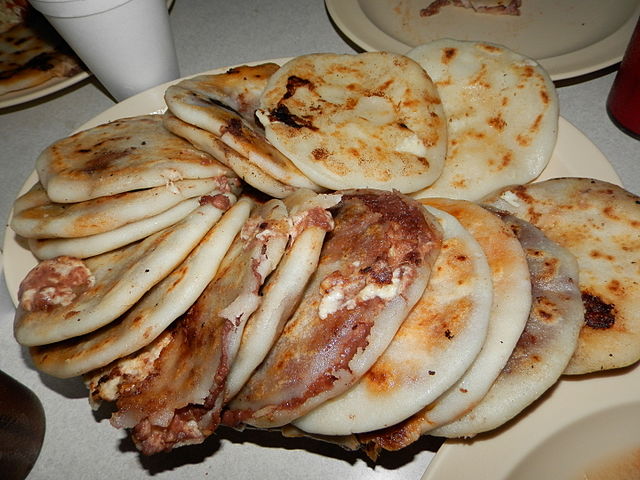 It is eaten plain with other seafood delicacies as well as stuffed with cheese or meat.

Loroco as a taste enhancer.

Loroco is an edible flower that liberally used in various forms in the Salvadorian cuisine. 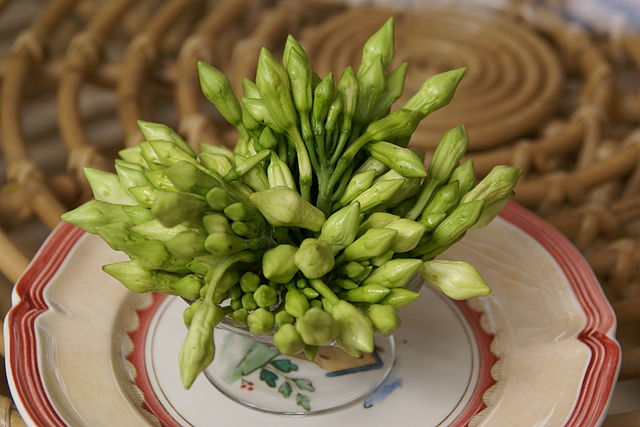 Of late, due to demands from tourists from various parts of the world, the pupusa is now sold with shrimp stuffing! What an exotic dish!

Some of the names of the foods that you will find on the Salvadorian menu cards given below. They will come in handy when you travel to El Salvador. 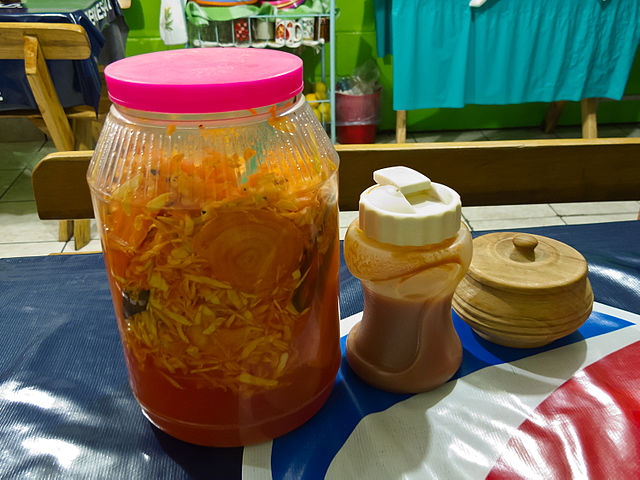 The cassava root is widely eaten in various forms in the south of North America. Frita means ‘fried.’ So, this is a dish of fried cassava root and eaten by dipping the fried root in curtido.

Here is one more flower that used in the Salvadoran cuisine. 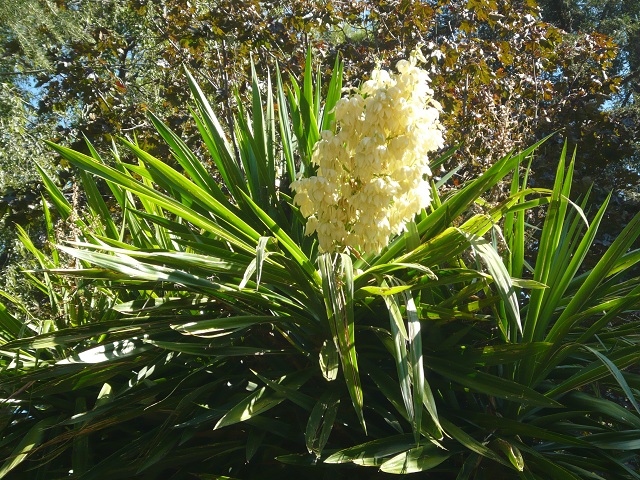 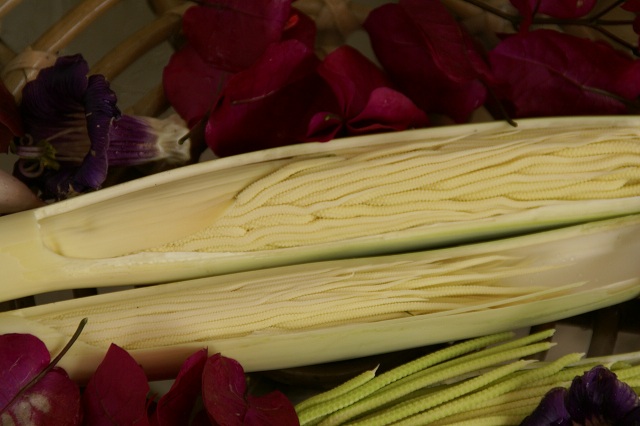 The Salvadorans are fond of seafood like any other Central American. Their most loved seafood is the ‘clams.’ 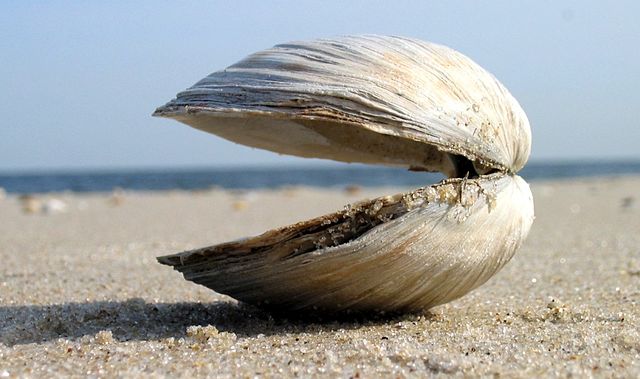 They also eat crabs, octopus, squids, and snails! The squids in Salvador appear similar to shrimps. 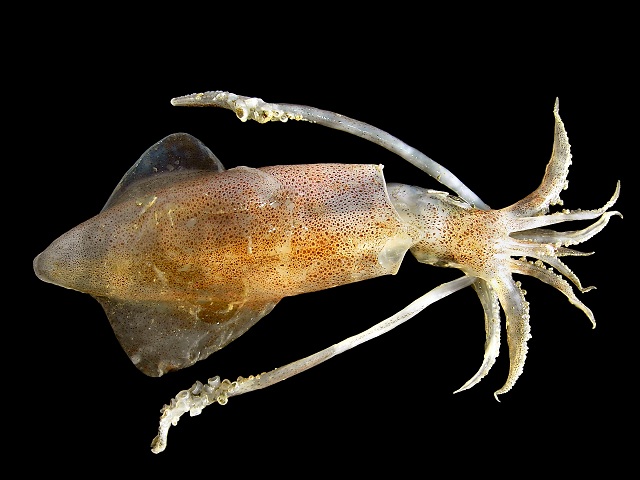 Well, surfing is the main tourist attraction, the most sought-after neighborhood to stay in El Tunco as there are more than five excellent surfing spots in El Tunco. The surfers are from different cities and countries with varied affordability.

Tunco Lodge is in good demand in the El Tunco area.

Santa Ana volcano is on the itinerary of every tour operator. They somehow convince the tourists to stay overnight to experience the early morning crisp and healthy weather. The best hotel in this locality is the Hostel Casa Verde.

Since you would be spending some time in San Salvador, the capital city of ElSalvador, you can inquire about the availability of room in Hostal Cumbres del Volcan.

For wealthy travelers, there are quite a lot of beachfront luxury El Salvador resorts. Even in this category of hotel, El Tunco offers several resorts. Try staying in Mandala Eco Villas that offer superb accommodations right on the beach.

In spite of such great beaches, there are no overwater bungalows in ElSalvador, but you can locate a few tree-houses in San Salvador.

Another neighborhood in El Salvador where you can find cheap accommodations in El Sunzal, one of the favorite surfing beaches. Try El Balsamo for a short stay in the La Liberated region of it. Another hostel that offers accommodations and dormitories for less than $10 a day is Sunzal Point Surf Lodge and Retreat. 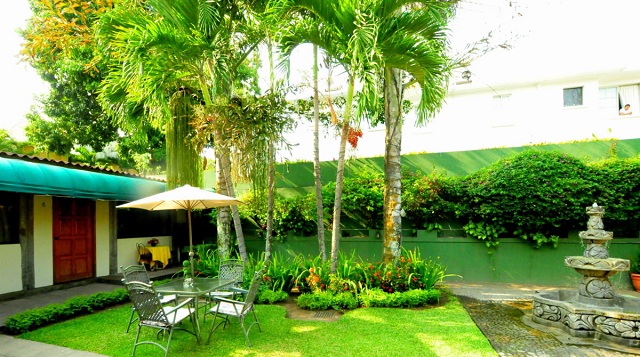 It is located within the heart of San Salvador city.

Oh, quite a lengthy travel guide to El Salvador, a Latin American country is facing the Pacific Ocean.