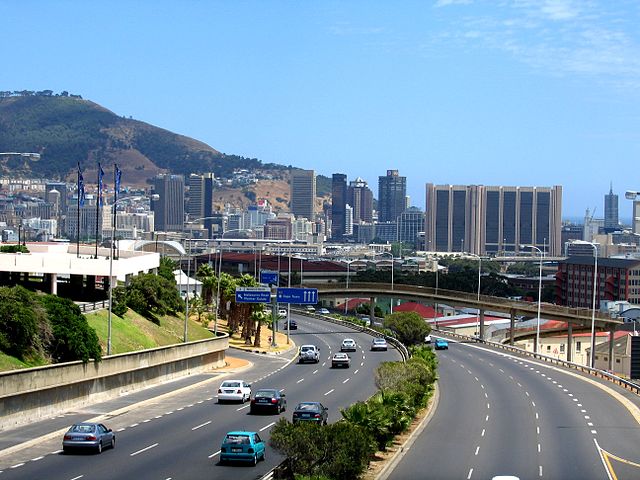 Long before the advent of high speed trains and cheap flights, we all traveled by buses. We remember well how much we enjoyed those road trip. Then, when we could afford our own car, we bought it exactly at the same time when the highways were expanded to accommodate more cars, buses, trucks, and RVs.

Advantages of road trip in our car.

The road trip travel became more enjoyable after the expansion of highways with almost no signals.. We have the liberty to stop at any time we want just to grab a bite or to gaze at a stunning sunset or to sit by a lake. Just as we enjoyed the train journey because of the passing landscapes, we enjoy the road trips. Road trip is certainly more memorable than flying in a metal cage.

Another distinct advantage of road trip is the time saved by not waiting for a public transport. You just take off as and when you are packed and ready. This freedom is priceless buddies.

Moreover, we can pack to our heart’s (boot’s) content without worrying about excess baggage levies.

Shall I take you to some of the most beautiful highways in the world that offer breathtaking views? 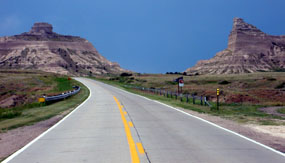 Road Trip Through The Oregon Trail

If you search for the keywords, “top 10 road trip in the world” you are likely to get several top 10 lists. Invariably, the top spot would be occupied by the Oregon Trail.

The 3500 km highway connects the east coast of America to its west coast. It was possible to traverse the distance only by horseback in the early 1800s.

The starting point can be anywhere in Iowa or Missouri and it passes through some of the magnificent sights along the way that includes the Platte River Valley near Fort Kearny, Nebraska Territory and Rocky Mountains.

The road trip along the Missouri river goes through the following states:

I can imagine the diverse food all long with different countryside and various photogenic landscapes. The mere thought of it pump me to hit the Oregon Trail. 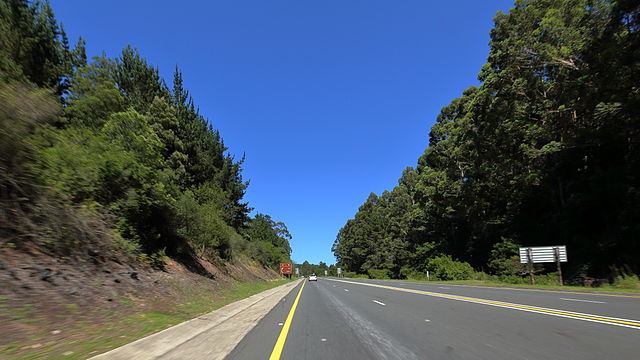 Ah, the South Africa! The word ‘Africa’ brings so much expectation to me; the wildlife, the deserts, the vast wilderness and the jungles in Africa are my idea of sightseeing.

The Garden Route is a stretch of only 300 KMs connecting the Mossel Bay in the west to Storms River in the east. Nevertheless, don’t get disappointed by the short distance because the diversity in topography, vegetation, wildlife and outdoor activities are incredible.

If you like beaches and lakes, you can see.

If you like to see diverse flora and fauna, the region won’t disappoint you.

The route is a bird watcher’s paradise. One can spot nearly 300 species of birds!

The climate which is said to be the second mildest in the world is the high attraction for road trip through Garden Route. Expect the temperature to be in the range of 10 to 28 degree C always. Who can enjoy driving if the weather is too hot?

Outeniqua and Tsitsikamma mountain range in this road trip would take your breath away.

The following cities would pass by along the 300 KM stretch.

Adventure lovers would insist on the Tsitsikamma Canopy Road Trips on the Garden Route.

It is actually a hopping like adventure between the tress by getting tied up in a rope. You actually slide high above the ground watching the giant trees in close-ups. The entire adventure would last for 3 hours. We have seen in rescue operation in the movies wherein the rescuing hero wearing a safety helmet would be sliding on a metal wire or a rope.

It must be truly an enthralling experience. 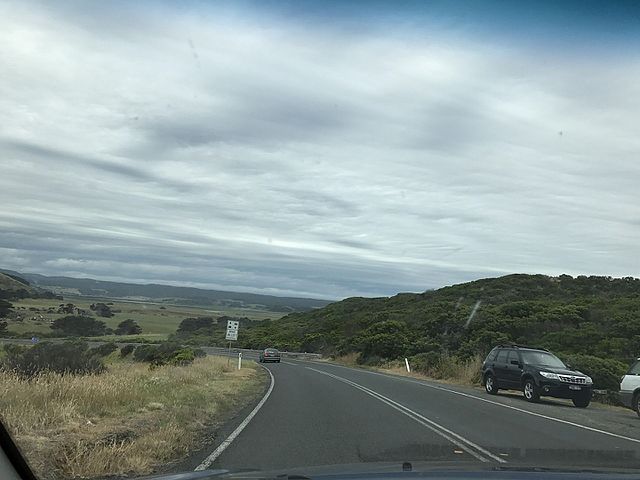 Even though the stretch is only 240 KMs, the terrain along the way varies to a distinguished extent. I wonder what will be the reaction of the travelers in the world when I write a blog post covering the Bangalore-Pune highway, covering a distance of 837 KMs.

As you ride in your air-conditioned sedan, you can see:

The sight of the blue ocean from the heights of the cliffs must be thrilling.

Somehow, Italy sounds more romantic, more exciting than any other country in Europe. I think it is because of its rich history and diverse landscape, set by Sicily and Venice as examples. Probably, the name Rome is a short form of Romantic.

The Stelvio Pass is a mountain highway (pass) in the northern region of Italy. It situated at an elevation of approximately 9000 feet in the Eastern Alps.

The distance between two points in the Stelvio Pass is only 75 KMs. The end point is Bolzano, very near to the Switzerland border.

People take road trip via this road because of stupendous views of mountains namely:

All of these snow clad mountains offer skiing facility. The Bomio ski resort is the prominent one among others. Another skiing area located in Santa Caterina provide excellent facilities to the skiers.

When the Top Gear voted Stelvio Pass as the best driving road in the world in 2008, its popularity as a tourist hot spot increased and consequently, thousands of tourists visit the Stelvio Pass driving in their own car.

I believe there are equally beautiful road drives in India, North Carolina and China. We will hit the highway again later.