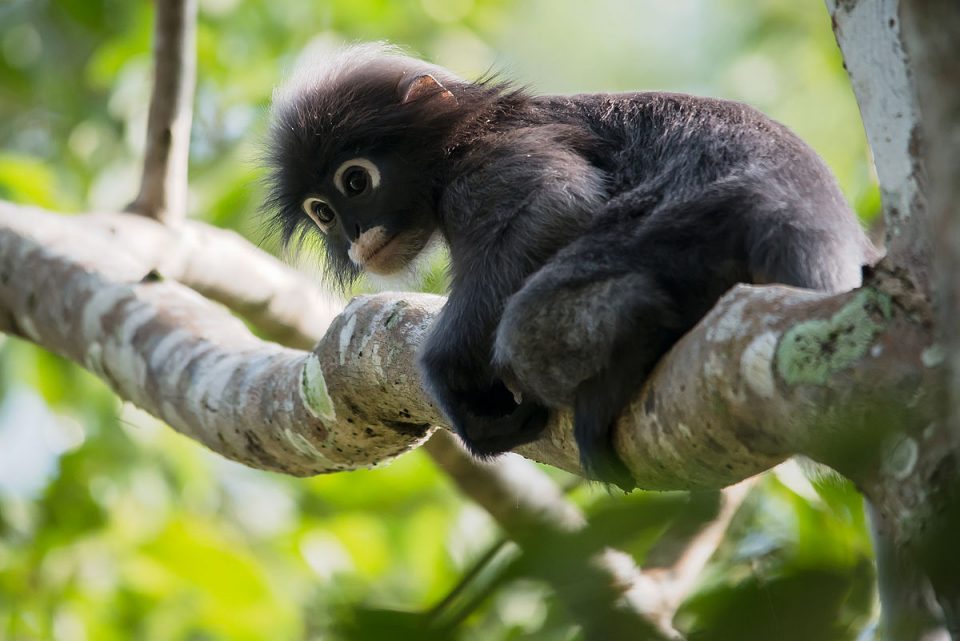 What does the Thailand offers for the wildlife travelers? Elephants apart, there are some exciting species of Rare wildlife of Thailand and are a treat to the wildlife photographers.

There are countless attractions in Thailand but the one that I would give top priority is going on a wildlife watching because I have recently read about some unheard of animals including reptiles there. In fact, animal lovers’ second destination is Thailand and Phuket-the island which comprises of rainforests and lush green mountains; their first stop is naturally Africa, especially Namibia.

Not only the Siamese Crocodiles but how about the most friendly-looking bears? New to you-right? As you read further, you will come to know more new wildlife and you will thank me at the end of this informative blog post.

To see this wildlife in Thailand, you will have to visit various zoos and national parks in Thailand. Do you know that there are as many as 15 places to watch the wildlife in Thailand? There is even an insect zoo called Siam Insect Zoo where your bravery is tested by touching the most colorful and weird looking insects.

Inside that insect zoo, there is also a butterfly garden too. First, let us go and see the Siamese Crocodiles.

This a rare species found in most of the East Asian countries such as Burma, Cambodia, Vietnam, and Indonesia. They are not very big like the ones you have seen in India. The Ganges Gharials are big and look scary.

The Siamese Crocodiles are mostly native to the South East Asia but the number is declining fast. They are small mostly but some live to grow up to a medium size when compared to other freshwater crocodiles.

You can see them in Pang Sida National Park, Thailand, near to the Cambodia border. In addition, you can see them at the Samutprakarn Crocodile Farm in Bangkok. 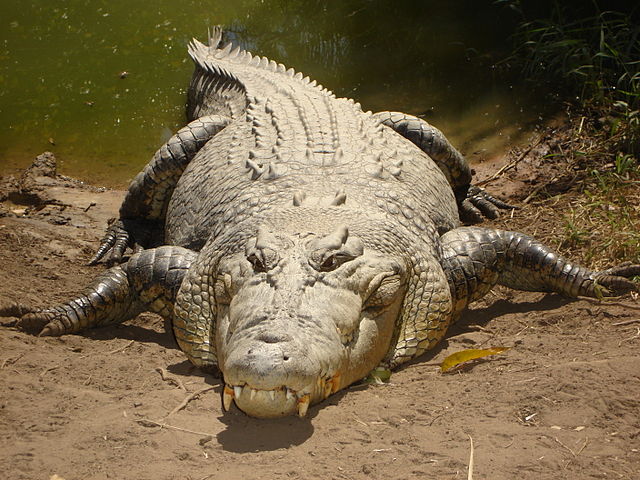 This is said to be world’s largest crocodile measuring up to nearly 20 feet! Yai is classified as the Siamese Hybrid and surprisingly behaves like a domesticated animal rather than wildlife. It allows the visitors to go near.

Here is a video of it.

OMG, it is monstrous!

Incidentally, Samutprakarn Crocodile Farm is home to (hold your breath) 100,000 crocodiles! Not many people can stand the sight of more than a couple of crocodiles in a pond.

Look at the image below and tell me what do you make of it? It looks like a big lizard but a colorful lizard it is-agreed?

In the wildlife field, it is not called as a lizard but Gecko. They call it Tokay because, when it makes a sound, it sounds like ‘to-kay’. The sound is quite loud.

It is also found in large parts of north-east India, Nepal, Philippines, Indonesia, and Burma. It is said to prefer trees to live and hunts for its preys during the night only. 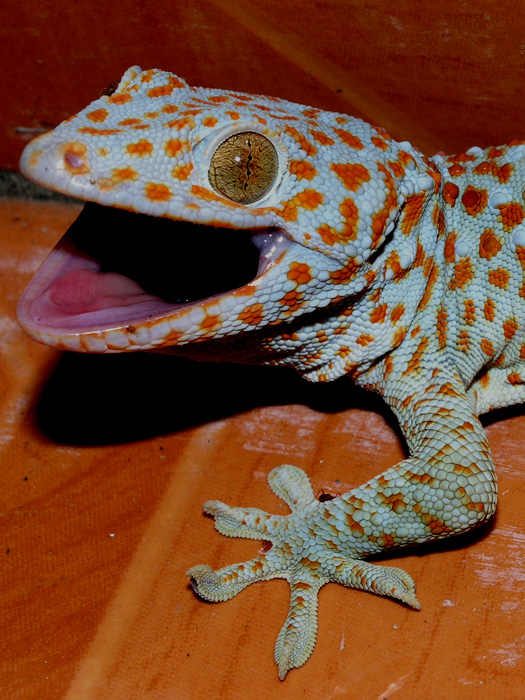 Don’t assume this is the only color of Tokay Gecko. There are several more colors of them.

It is also an endangered reptile and the reason is strange for its declining numbers. People believe it contains a cure for AIDS and is sold for Rs.10 lakhs in northeast India. 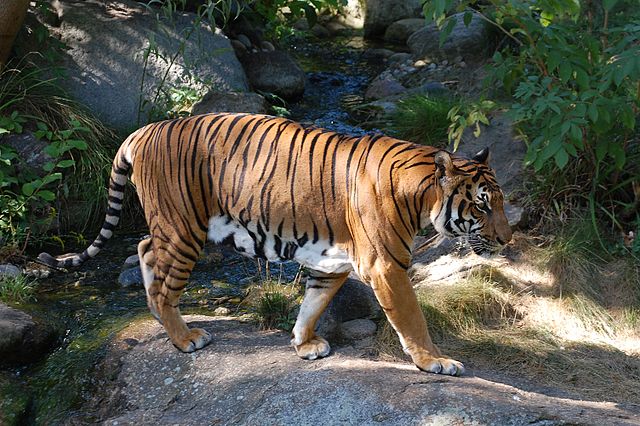 The Indochinese tiger is a rare species of tiger but on the look of it, it seems like any other tiger we have seen. To me, they look a bit bulky than the ones that I have in a zoo. Reported that 200 of them are living in the rainforests of Thailand because:

When you go to Thailand, make it a point to visit the Huai Kha Khaeng Wildlife Sanctuary.  I wonder why they are called IndoChinese tigers.! 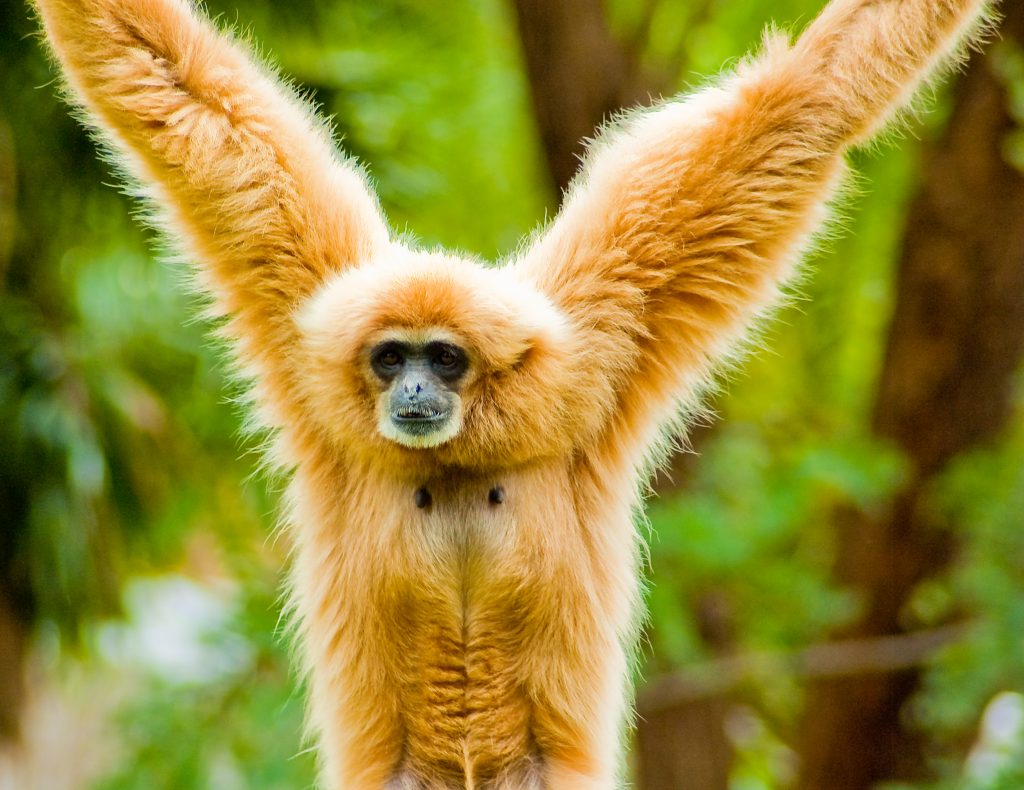 These agile but rather lazy monkeys because they sleep for more than 15 hours a day spotted in Kaeng Krachan national park with the help of a local guide. A guide is essential because he only can spot them by a peculiar sound he makes to awake the animal. The Burmah bordered  Kaeng Krachan is the largest national park in Thailand and in its proximity is the coastal town Hua Hin, a popular tourist attraction because of several seaside resorts and aromatic seafood availability.

Though we call it a monkey, it is classified under Primates-a mammal. Look at the arms; aren’t they long and thus conducive to swinging from tree to tree. 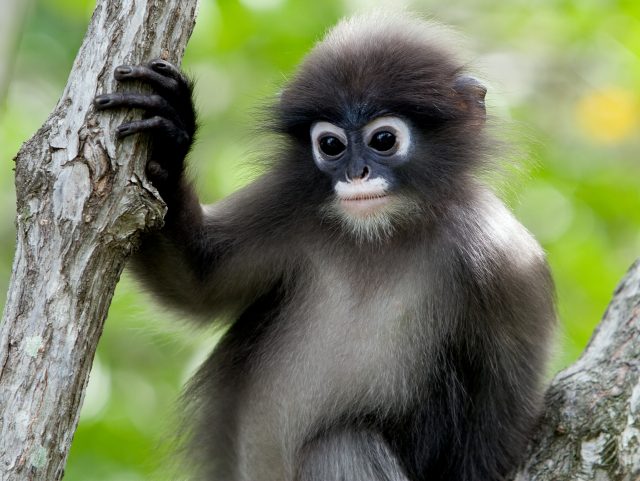 OMG! Look at the eyes! Aren’t they as big as the eyes of the cows? It looks as if they monkey is wearing spectacles and even called ‘spectacled leaf monkey’ because of that. It is the white colored rings around the eyes that give the impression of spectacles. I think they are cute with a curious look on the face.

This Langur monkey can be seen in the same Kaeng Krachan National Park that houses the Lar Gibbons.

Apart from the Asian elephants that live in herds in Thailand, the warm sea waters of Andaman Sea is home to the giant Whale Shark. There is a species of monkey that eats crabs! Then, there is the Sun Bear that doesn’t look like beast at all.

I am sure; there are more surprises in store for wildlife lovers in the rainforests and the wet mountains of Thailand.