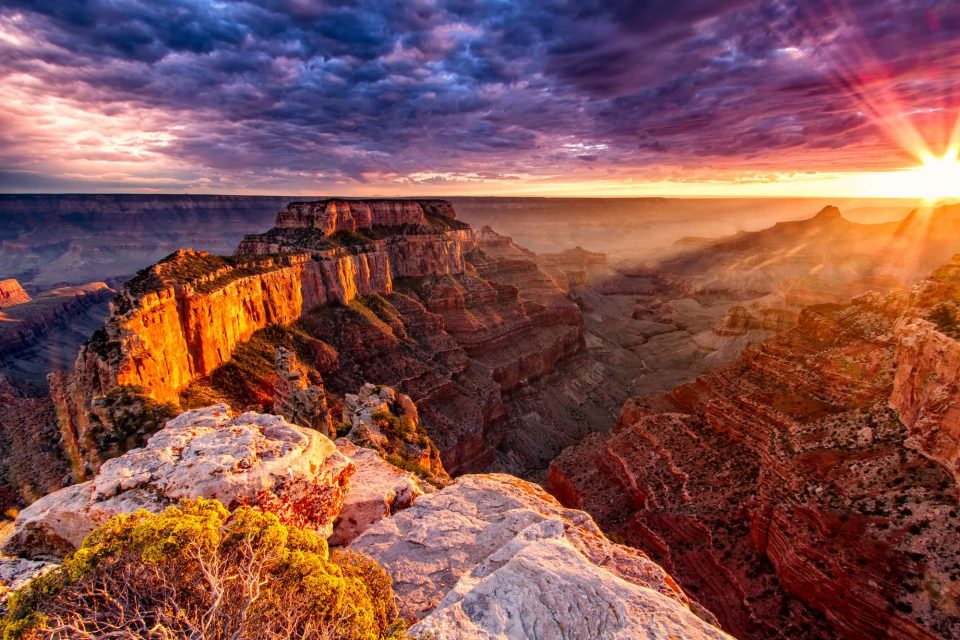 Every country in the world has at least one unique sight to visit and attracts millions of tourists every year. Irrespective of the city you land, the one unique place would beckon you first and it would be your top priority.           If it is the United States, it would be the Grand Canyon, National Park.

And if it is India, it would be Taj Mahal.

If it is Germany, Rheinfels Castle.

If it is France, it would be the Eiffel Tower.

Though the U.S. tourists would also like to visit the Disney Land in Orlando, the Grand Canyon pulls the tourists like a strong water current in spite of the vast wilderness of rock formation alone. Wait! I know there is much more to see in the Grand Canyon National Park apart from the rocks but it is the rocky wilderness that is more beautiful than lush greenery. 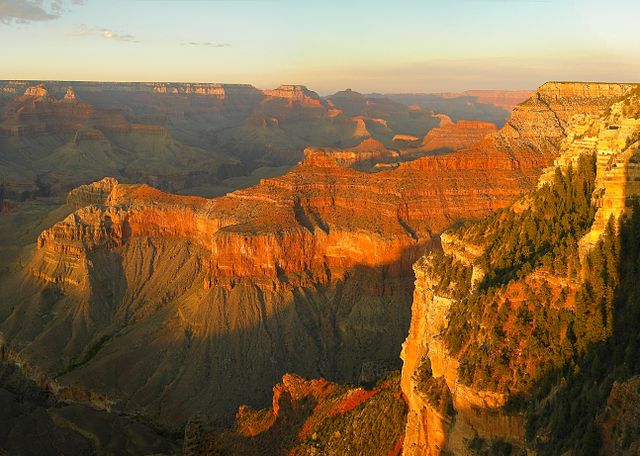 It is located on the northern side of the Arizona state. Nevertheless, the guided tours of the Grand Canyon include:

The Grand Canyon offers a breathtaking view from all the four sides of it. However, not all of them are open all through the year except the South Rim and a place called Desert View Point that I will talk about later.

The major viewpoints and various entrances:

The Grand Canyon never fails to exceed a visitor’s expectation. Even when you look at the videos and photos of it, you marvel at nature’s brilliant play over millions of years. When you first see it in front of your eyes, you simply gasp at its vast expanse. It is beyond our comprehension as to how the rocks were formed and what role the Colorado River played in the rock formation. 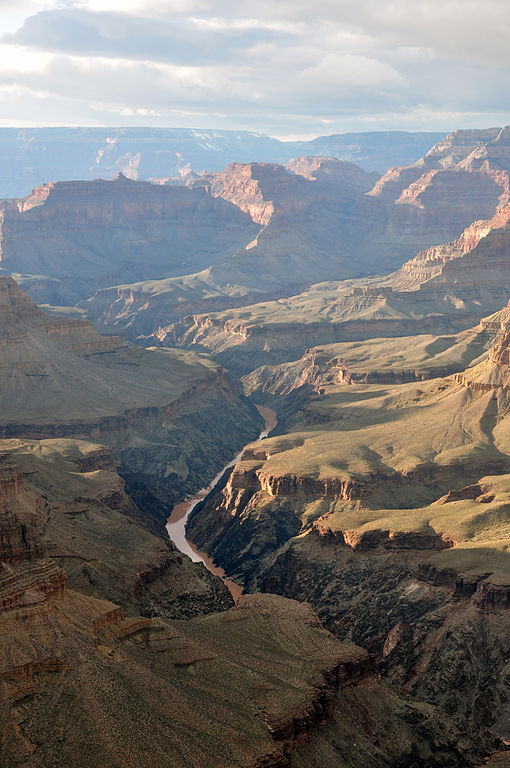 This viewpoint is the most visited by the tourists as it throws the Grand Canyon rocks before you in full vista. It is at the South Rim.

Yavapai viewpoint can be a bit scary to those who are afraid to look at a steep abyss from a height. This is the best place to see the bottom of the rocks at a dizzying depth. There are several walking trails that one can see from this place.

It is actually a 70 foot stone building on the South Rim and it serves as an excellent viewpoint. If I were to go to the Grand Canyon, I would not opt for a tour to this viewpoint. I do not like the look of it. However, this Indian Watch Tower is considered as an important view tower that through before you the all of the canyon and even the San Francisco Peaks from the top that you climb through a spiral staircase.

This is an ideal place to watch the sunrise and sunset. The tourists in large numbers go down the Tanner Trail, a 12.8 km route that drops to down to 4800 feet to take you to edge of the Colorado River. 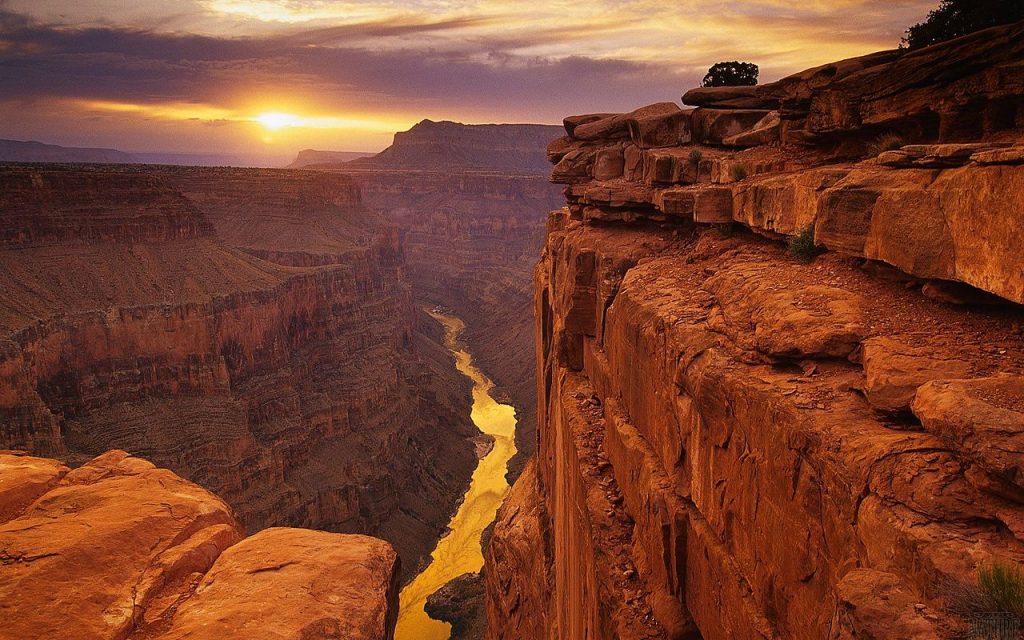 Some Unique places in Grand Canyon that you should not miss.

Havasu Falls, Arizona is an important place that would be on my list of spots to see the Grand Canyon. It is also known as the blue-green waterfalls and is said to be guarded by the Havasupai people, a tribe of American Indian who has been living in the area since the beginning of the previous millennium. It is hidden behind the dropping rock. The watercolor is crystal greenish blue due to the presence of limestone bed and the water is saturated with the calcium mineral.

When is the best time to visit the Grand Canyon?

Arizona is a hot state and definitely, you can’t bear the heat if you visit any time before March to October. However, don’t image the winter is only mild. You can even expect the snow during the winter months. The altitude of 7000 feet or so would demand you to wear something warm. Expect the temperature to drop down to a few degrees below zero during the night.

Apart from buses that drop you off the major entrances or viewpoints from where you are on your own with your camera and fellow travelers, there are other sightseeing tours of the canyon and one such tour is by a 45-minute Helicopter Flight over the Grand Canyon. This is what we have seen in films and National Geographic Channel. This is a spectacular ride over the canyon and the view is nothing short of breathtaking. In fact, I would first take this chopper ride before exploring the majestic canyon on foot to satisfy my hunger for wilderness.

From the helicopter, you can see the 6500 square kilometers Kaibab National Forest. You would scream with pure delight when the chopper takes you through the Dragon Corridor, the widest section between the rocks. As you fly, you would be surrounded by the red rocks from all the sides as if you are in a huge rock vault. 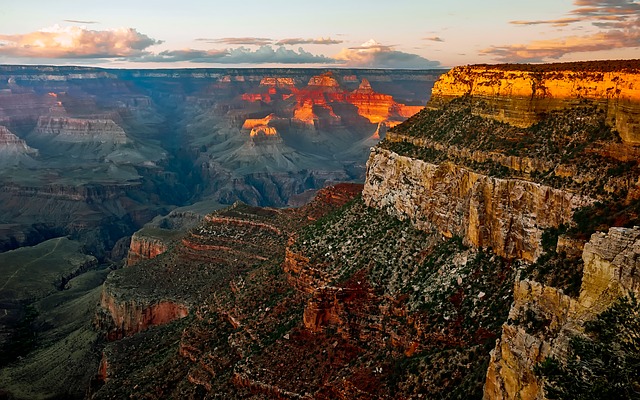 From the helicopter, the pilot would point out the Painted Desert, an expanse of wilderness wearing different colors that include red, white, gray, pink, orange and even lavender. The entire area of the Painted Desert comprises of a whopping 93,500 acres!

The train journey starts from the Williams Depot in Arizona and throughout the journey; you will hear a narration from the driver’s cabin. You are even allowed to watch a real western shootout featuring Cataract Creek Gang. The journey ends at the Grand Canyon depot after taking you through the countryside of the Arizona. It’s a full day trip folks!

How much time is required to see the entire Grand Canyon?

It takes 6 to 7 hours to see the Grand Canyon from all of the six viewpoints and view towers.

What exactly you should not miss in Grand Canyon?

You can afford to miss out seeing the rocky mountains from a couple of viewpoints but not the sunset from the Lipan Point. As the dusk is closing, the fading sun lights up the Colorado River way down below and then the colors rock over the real rocks.

Staying Options near the Canyon.

Being a world-famous tourist sight, there is no dearth of staying options but I doubt I can find a hostel or a budget hotel for overnight stay. The minimum rate that I saw is $79 per night.

Fast Facts about the Grand Canyon:

How much it would cost to see the Grand Canyon?

Once you reach the entrance of the Canyon, you would pay $25 for your car at the North and The South entrances and if you enter from the West Rim, it would cost $90. If you would like a helicopter ride, it would be $200 per person.

Why the South Rim is the best entrance to the Grand Canyon?

In addition, the South Rim entrance is open throughout the year to the tourists.

The El Tovar hotel, The Masvik Lodge, and the Bright Angel Lodge are inside the Canyon and are near the South Rim.

Most of the restaurants and the souvenir shops are located here.

The Glass Skywalk at the Grand Canyon.

So, that’s only a brief about the Grand Canyon National Park, Arizona, United States. Obviously, there is more to know and see for all age group.