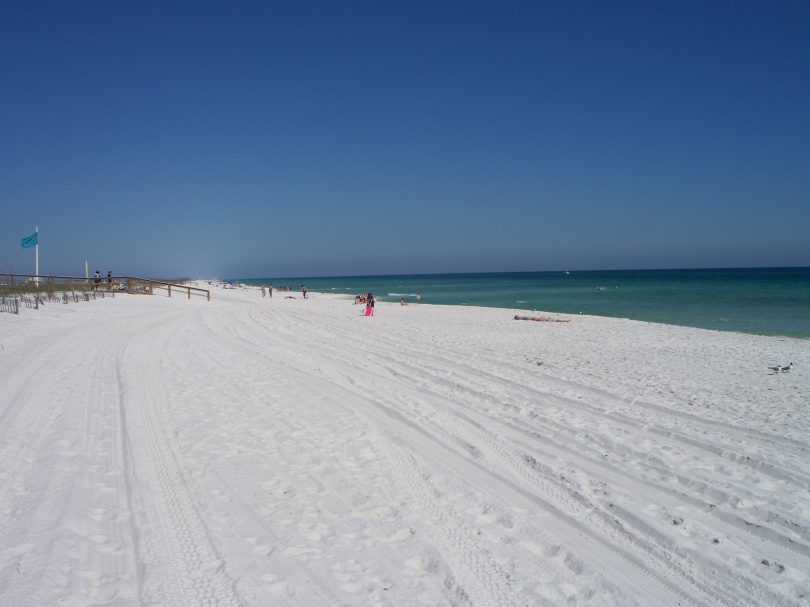 Has Hurricane Irma left the west coast of Florida?  The Miami Beaches are already notorious for showing up strange things on its shore. I once read that a prosthetic leg was swept ashore and if such a thing is found, it means it is a Florida beach. I wonder what the residents of Miami are going to find this time after the Irma dance.

Florida State is the most tourist friendly destination in the United States. I mean it attracts the most number of tourists than any other state because of several attractions apart from the long stretch of beach.

The coastline of Florida measures up to 1150 miles approximately. There are 567 beaches. OMG! That must be the prime reason for the most visited tourist place in the entire United States.

The other main attraction in Florida is the Disney World, Orlando. I read that nearly 25% of the visitors to Orlando are repeat visitors. I am yet to check the veracity of it but even if the percentage is plus or minus 5, it is still a huge volume of visitors.

Though I am not a big buff of beaches, I want to visit the following places in Jacksonville, Florida that are said to be very beautiful.

The Big Talbot Island is a half hour drive away from Jacksonville. The Boneyard Beach is on this island that also houses the Big Talbot Island State Park which is a center for nature study and thus a predominant site for bird watching.  It is a nature preserve.

Watching the images of dead giant trees, I think it is a bit eerie down at the Boneyard Beach. They are said to be the dead trunks of cedar and oak trees. I wonder whether they once lived there or they are also the washed up materials of the infamous Florida sea line!

The beach stretches for a mile and is so called ‘Boneyard’ because of the dead tree skeletons.

Both the Lonely Planet and the Smithsonian Guides have mentioned about the Boneyard beach which is surprisingly not fit for swimming. That’s why this beach is thronged only by avid photography lovers. 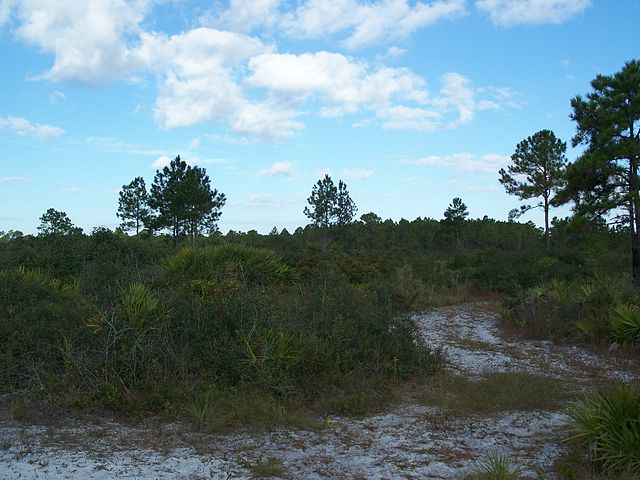 I would certainly not miss visiting it if I intend to go to the Boneyard beach because this Pumpkin Hill Creek is close to the Big Talbot Island State Park, near Jacksonville.

So, what is special in Pumpkin Hill Creek Preserve State Park?

This is considered as a coastal upland which means it is more than 500 meters above sea level and contains fast flowing rivers and streams which consequently are home to large species of aquatic plants and creatures that live in marshy areas. I must conclude that it can be home to a large variety of birds that love to live in such cold and wet conditions because of the abundance of preys. In addition, the sound of flowing water brings a refreshing mood to us.

Nature lovers camp here to follow the wildlife trails that include the endangered American alligator, and the wood stork that is also nearing extinction.

I am happy that Google has published a trial map along the Nassau River for the benefit of the hikers. 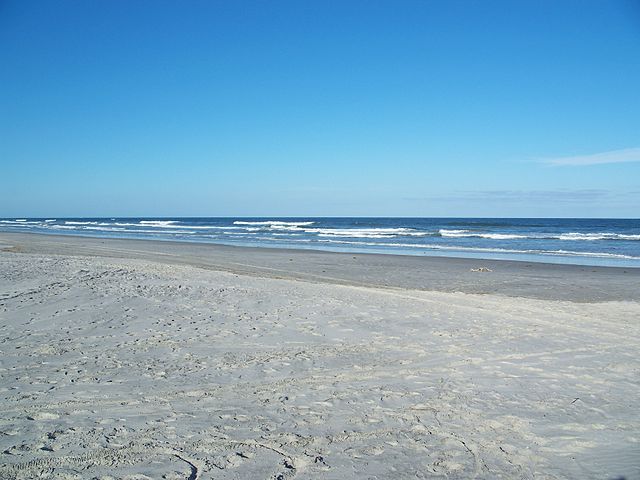 I have a selfish interest in this park. I wish not more than 500 visitors are permitted to visit a day and they should not be allowed to carry anything eatables and drinkables. This area is so pure and so natural that it is a crime to spoil it by polluting.

The state park in Little Talbot Island is five miles long. Oh man, that is big indeed! The sand of the beach is white in color. The beach has several sand dunes that we see in deserts.  In contrast, there also exist salty marshes along side. This contrasting landscape is thus a habitat for rabbits that live in marshy lands and river otters, and birds that have migrated from faraway lands.

The range of fish that are seen here include:

Wow! With such an exotic range of fishes, beach combing must be actively pursued here. 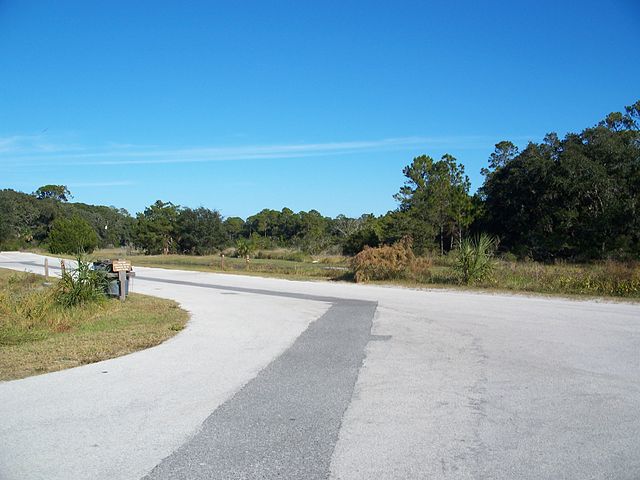 When I first read about the beaches in Florida that attract thousands of tourists, I imagined them to be a place like Goa where sun bathing and water sports are the fun activities. However, as I am composing this blog post on the beaches and state parks in Jackson Ville, Florida, I realized my assumption is wrong. These state parks along the beach lines of Florida are valuable nature reserves with a wide range of habitats that are home to large species of birds, plants and sea creatures.

Amelia Island State Park is an area comprising of approximately 200 acres of lovely coastline that offers undisturbed wilderness that is anytime a nature lover’s paradise. Such a large area of wilderness includes marshlands, and coastal forests, that are native to Florida.

The beach-combers are happy to hunt for shark teeth and rare sea shells.

Fishing is a busy time-pass here from the George Crady Bridge Fishing Pier which extends to a mile into the ocean. The ubiquitous dead tree trunks and branches are also found here.  I believe they are the signature of Jacksonville beaches.

The beach is ideal for campers and there are several convenient locations to pitch your tents. 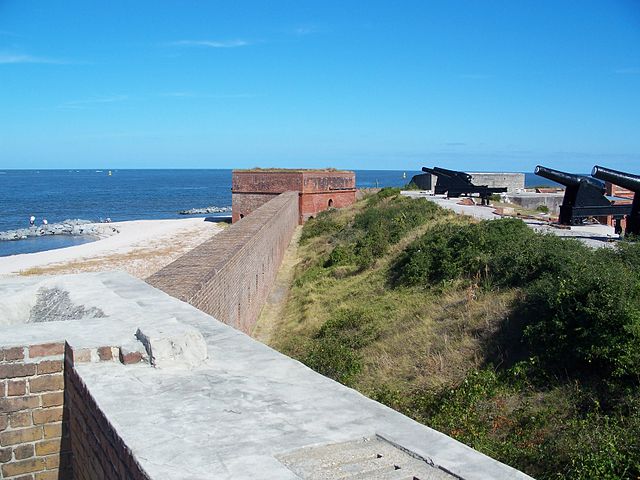 The Fort Clinch State Park on Amelia Island is also very beautiful with tree lined avenues littered with aromatic restaurants and chill outs that offer 50% discount for senior citizens. The sea water is said to be murky and brownish in color. I believe it is a unique aspect of this beach.

This state park is huge buddy; it comprises of nearly 1400 acres. If it is such a big size, then, there must be a lot of wildlife viewing and fishing. I wonder why fishing is not considered as wildlife.

Shells and shark tooth collections are popular among children here. Overnight camping is liberal at this beach. If you are a ‘walking’ lover, you register yourself for a guided nature walk at Willow Pond Nature Trail every Saturday at 10:30 a.m.

What is Willow Pond Trail of Florida?

The trail is woven around a series of freshwater ponds that are home to turtles and alligators.  Bird watchers scream with delight when they spot many species of wading birds and shorebirds

Aren’t you tempted to plan a trip to Jacksonville State Parks, Florida?