7 Beaches of Andhra Pradesh are featured in this blog.

The title image above depicts a beach of Andhra Pradesh state in India. At the first look, you would have thought it’s a beach located on an island of Africa or Europe.

However, it is very much in Andhra Pradesh.

There are very beautiful beaches in Andhra that are sadly not very popular even among the neighboring states of Tamilnadu, Orissa, and West Bengal.

In fact, I doubt whether the people of Andhra visit the beaches oo their own state. They are generally known to tour other states of India than their own tourist centers.

The length of the coastal area in Andhra is a whopping 975 km! Surely, that should give plenty of scopes for beaches oh which at least 25 beaches must command repeat visits. But it is not so.

Some beaches of Andhra are blessed with mountainous backdrops similar to Italy. There are sprawling cities in Andhra Pradesh that are built right on shores of the Bay of Bengal.

Let us get to know about 8 beaches in Andhra that are really beautiful.

Let us start with the Ramakrishna Beach. 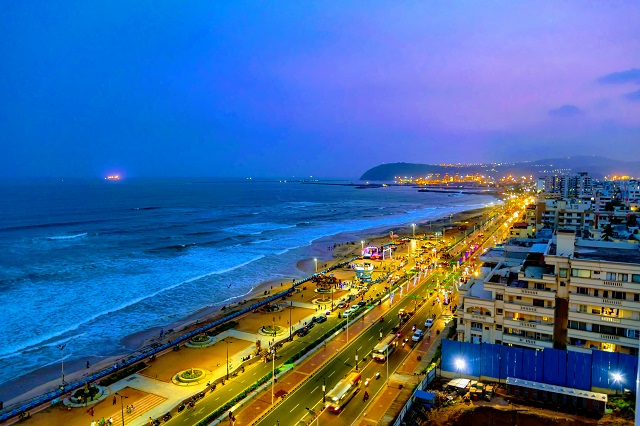 Vow! What a beautiful beach in Andhra Pradesh!

I think the majority of the South Indians would have recognized this beach, abutting one of the big cities of Andhra; it is Vishakapatnam. I too have seen this beach in films but never knew its name.

Fondly known as RK Beach, it is a very popular beach in Vizag (Vishakapatnam) due to two main factors:

Do you see the rock at the far end of the beach in the image above? The rock that is entering the sea looks like the nose of a dolphin.

I give below the daylight image of Ramakrishna Beach. 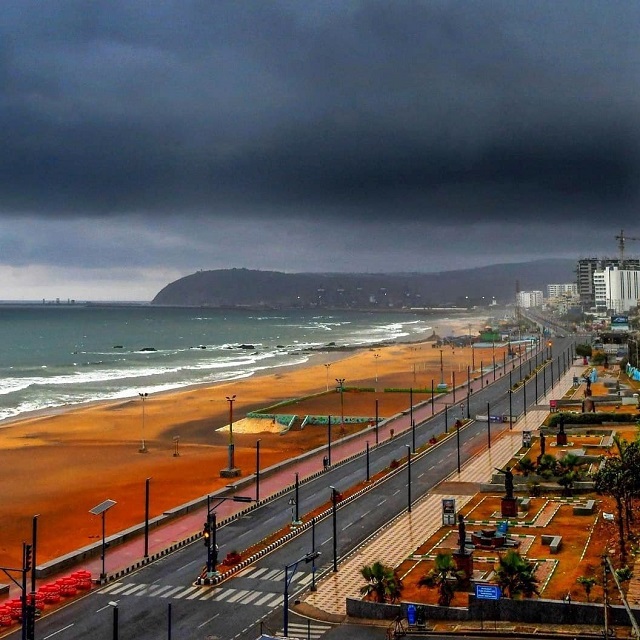 Now, the dolphin’s nose is clear-right?

Boat rides and camel rides are offered in RK Beach, one of the lovely beaches in Andhra.

Nearby attractions to RK Beach:

This is another beautiful and crowded beach of Andhra Pradesh. Rushikonda Beach is located just outside Vishakapatnam.

Only 11 km separates the two highly visited beaches in Vizag namely the RK Beach and the Rishikonda Beach.

Both these beaches in Vizag are not conducive to swimming because of the presence of big rock boulders.

What are the activities in Rishikonda Beach?

Rushikonda Beach offers a few water sports such as

Other things to do in Rushikonda Beach, a very beautiful beach of Andhra are:

The ride is thrilling if you opt for a nighttime ride. You will be awestruck at the colorful sight of Vizag city. 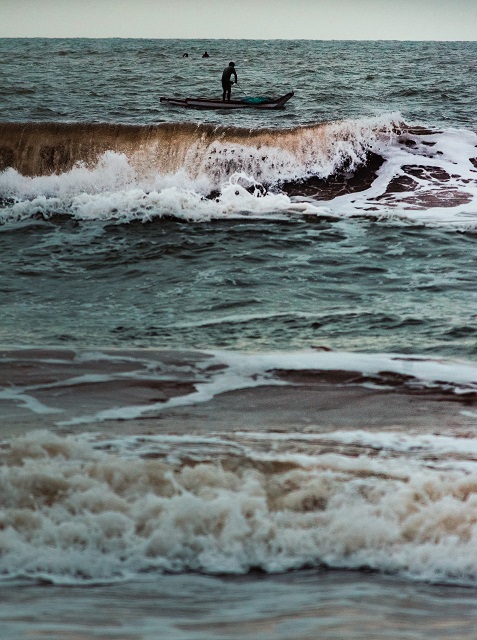 This scenic beach of Andhra is located at about 10 km from Bapatla town. The locals gather here in large numbers in the evening. They just splash around in the sea and relaxing with their family members. 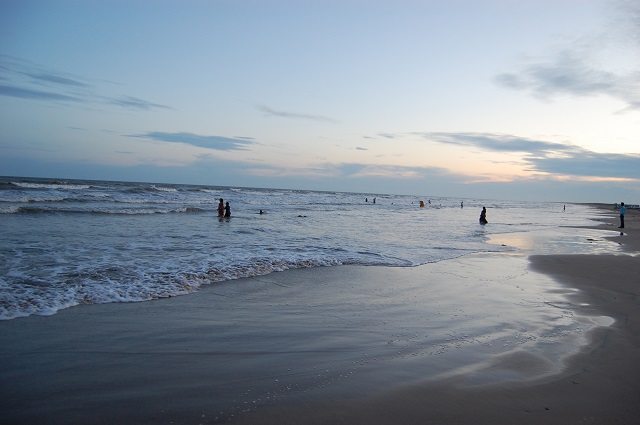 The Manginapudi is a small beach village. It is reached by traveling 12 km from Machilipatnam, a cyclone-prone coastal town in Andhra Pradesh.

Did you notice the black sand on the beach? Black sand beaches are very rare in India. 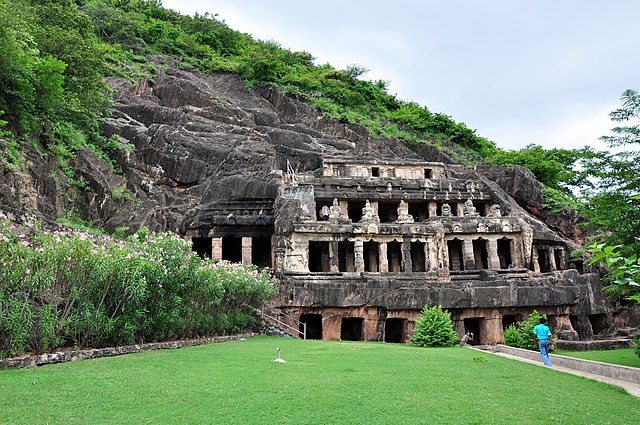 If you like to enter ancient caves, you can do so by traveling about 80 km from Machilipatnam and reach the Undavalli Caves.

Uppada Beach is located 15 km from Kakinada city in Andhra. The boulders abutting the Uppada Beach indicate the place is prone to sea erosion.

The seafood of Kakinada is very popular in Andhra Pradesh.

Children go crazy when they see a landscaped park near the Uppada Beach, one of the best beaches of Andhra Pradesh. 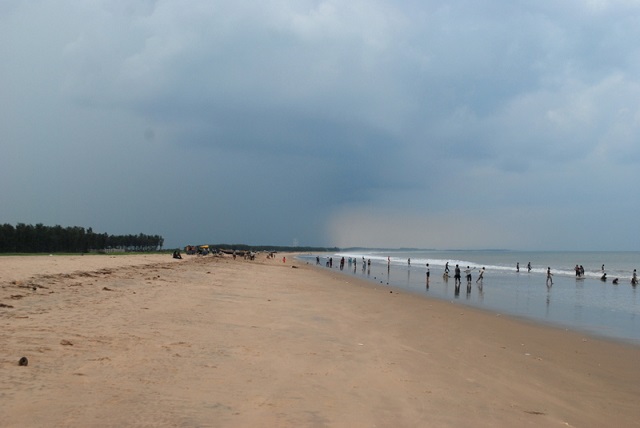 This picturesque beach of Andhra is located 3 km from Kakinada city, Andhra. The beach has a lovely backdrop of mangrove forests and coconut groves.

Walking through the coconut groves and mangrove forest is exhilarating, especially before a dip in the Bay of Bengal. 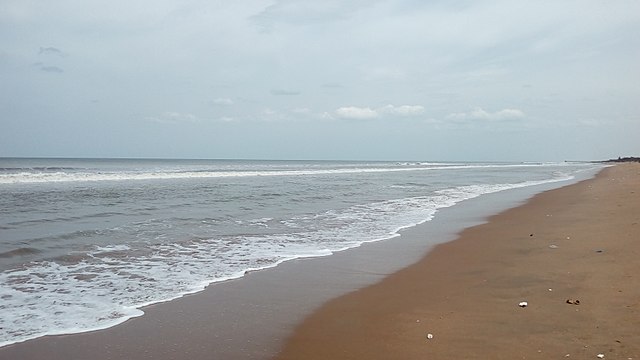 It is one of the lesser-known beaches of Andhra because of its location near Nellore town near Chennai.

The Mypadu beach village is located 25 km from Nellore.

There will be hardly any locals; the tourist crowd is almost nil. However, it is a picturesque beach with a serene backdrop.

To conclude, most of the highly visited beaches of Andhra Pradesh are located in and around Vishakapatnam.

7 Ultimate Goa Beach Resorts-Which One Would You,...

Chitkul – Last Village of India on...