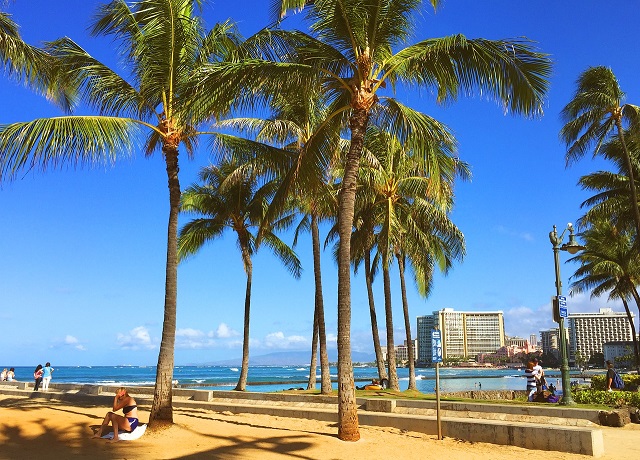 This article tells you about all the places to see in Honolulu, Hawaii. Honolulu attractions are endless. However, I shrunk it considerably with the utmost difficulty.

This riveting attraction in Honolulu, the capital of Hawaii, one of the states of the United States of America.

The stunning beauty of the city promotes itself without any external support. It, just swarmed by the Americans almost throughout the year. The majority of the tourists to Hawaii land in Honolulu.

They are reluctant to leave the laps of nature and never feel they have had enough of the Hawaiian Islands, the crowning jewel of the Pacific Ocean.

Honolulu is located in Hawaii Island. It is the largest of all the Hawaiian islands. Alternatively, it also carries two more names “Hawaiian Island and the “Big Island”. It is the main island of the eight major islands of Hawaii that are popular for tourism. 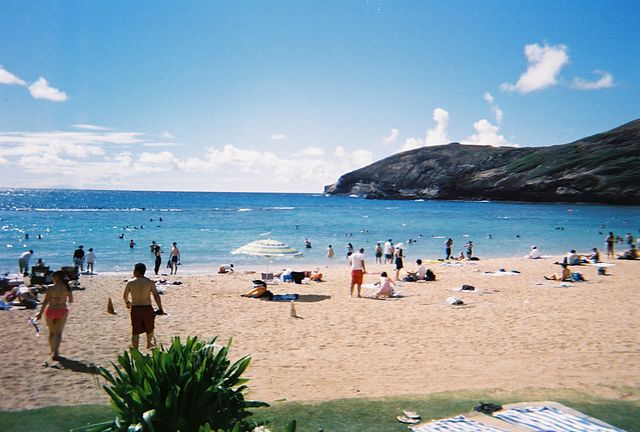 Please be aware that Hawaii comprises of 137 islands and islets that are invariably volcanic in nature.

Let us go over the list of places to see in Honolulu.

Ah, the Pearl Harbor, one of the most visited tourist landmarks by the Americans, They do not fail to shed a few drops of tears when standing on the sight of the brutal Japanese air strike in 1941. The Pearl Harbor and the Pearl Harbor National Memorial are the two prime places to see in Honolulu. 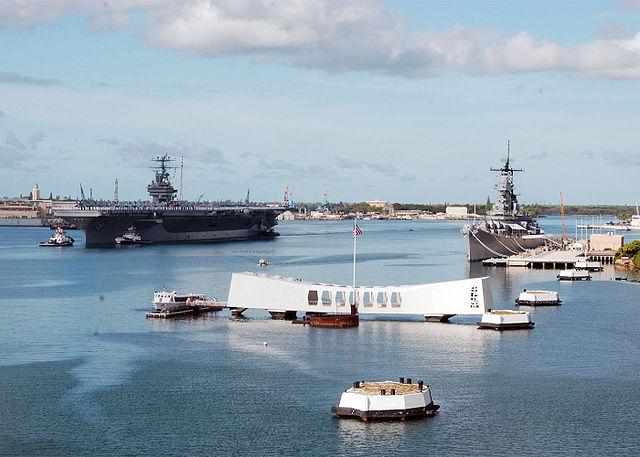 Additionally, you can see a museum there and see the remnants of the ship called Arizona as exhibits. More than two million tourists visit the Pearl Harbor Memorial every year. 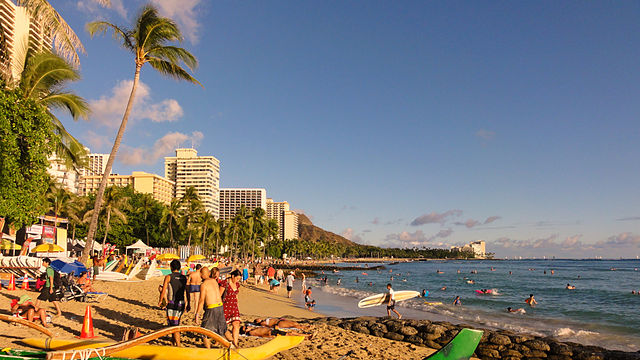 Let us get down to business; I mean the fun part of touring Honolulu city, Hawaii.

Tourists as well as the permanent residents of Honolulu spend much of their time in the numerous beaches in Honolulu.

To begin with, let us pay a visit to the Waikiki Beach, the most mentioned Hawaiian Beach in travel blogs and vlogs of professional travelers.

Waikiki is actually the name of an area in Honolulu and the beach there takes its name.

Though there are several beaches that are more beautiful than the Waikiki beach, tourists are still taken to this beach first. 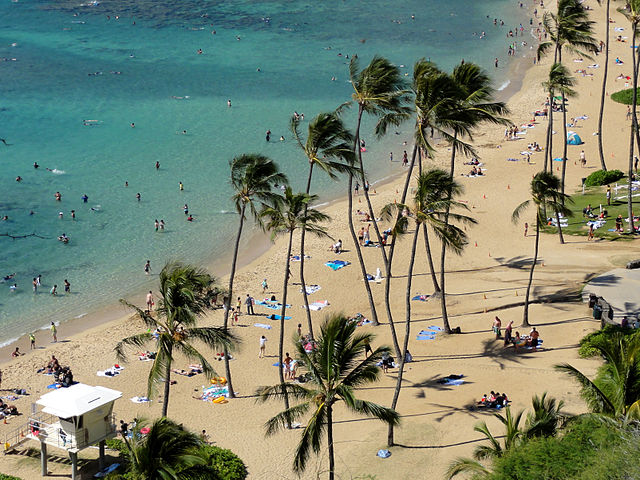 Other beaches in Honolulu that you as a tourist would be visiting are:

What can you do on the beaches in Honolulu?

Well, just laze around, doing nothing but gazing at the ocean and listening to the sound of crashing waves.

Okay, then. You wanted to know what else you can do once you hit the sun and sand. There are several water sports that you can indulge in, that include:

Here is an example of a colorful fish called “Reef Trigger Fish”. 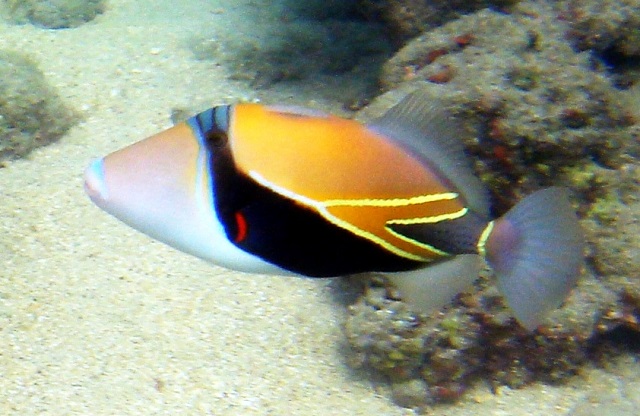 Let us know go to see another one of Honolulu attractions. 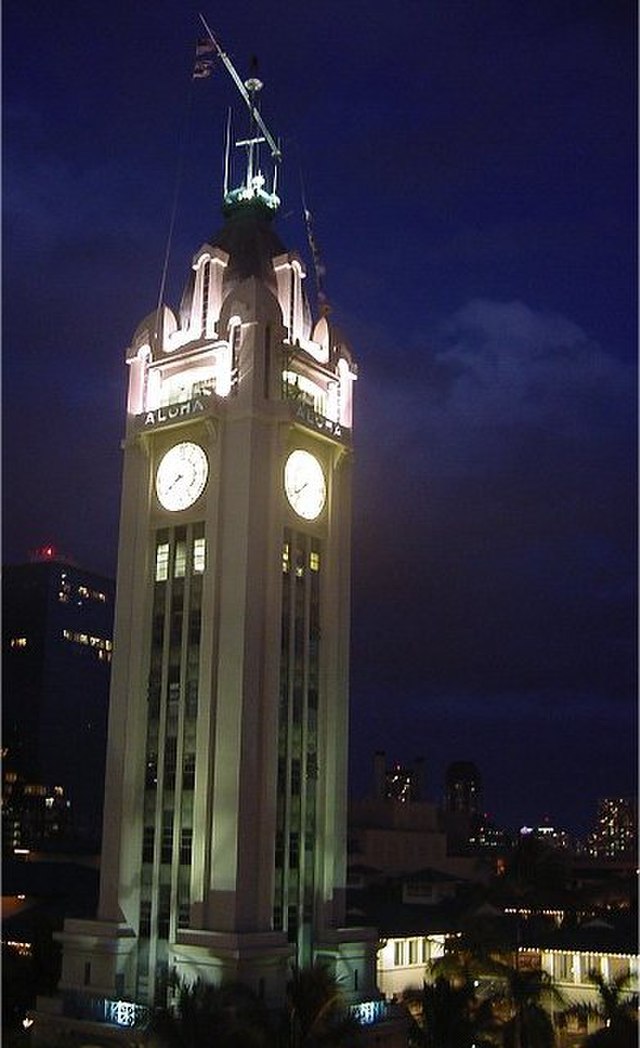 What do you make of it, buddy? No, it is not a clock tower but a lighthouse!

It is one of the important tourist landmarks in Honolulu. You should see it during the night, flashing its giant and far-reaching light beam, beckoning the incoming ships and sending off the outgoing vessels.

This 184 feet lighthouse was in existence during the attack on Pearl Harbor.

In fact, it is one of the best places to see in Honolulu. It receives a very high number of visitors every day. The range of fish species and coral reefs attracts incredibly a large number of tourists and biologists.

Some of the fascinating marine creatures that one can spot in Hanauma Bay are:

Oh, the list goes on but these are only samples that I quoted. Aren’t you already lured to Hanauma Bay, one of the prime places to see in Honolulu? 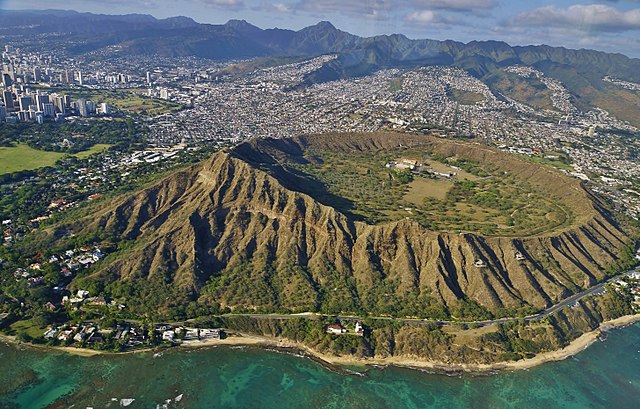 Yes, this Honolulu attraction is a crater that is clearly visible in the image above.  Naturally, a volcanic geological phenomenon is a big tourist attraction, anywhere in the world.

Generally, craters are reached on foot, appreciating the flora and avifauna on the way. In addition, one can see Waikiki Beach from the Diamond Head.

A crater is called a ‘cone’ in this part of the world.

By the way, the Diamond Head is a National Natural Landmark

Did you spot the crater head in the above image? It is a volcanic crater near Hanauma Bay, Honolulu. This is one of the important Honolulu attractions.

Furthermore, a trek up to the Koko Crater, actively pursued by the fitness buffs as well as nature lovers. Once you reach the summit, you will be breathless (literally too) at the sight of Hanauma Bay way below.

Now it is time to engage the children. After all, they won’t be interested in hiking, surfing the waves, and seeing the museums-right?

They enjoy seeing wildlife in zoos. The Honolulu zoo is a small zoo that you can complete seeing it in less than two hours.

The animals and birds that are kept in the zoo are:

Well, what else are in the list of places to see and things to do in Honolulu, Hawaii?

Tasting the local Polynesian cuisine is very important. In order to eat the local Hawaiian food, do not reach out to high-end restaurants. Choose the small ones and roadside eateries.

Stay well inside the Honolulu city to eat different food if you are a connoisseur.

If you want to enjoy a piece of waterfront life in an island, book yourself in seafront hotels. This is where the real fun of Hawaii lies.

The smell of sea, fish, the aroma from beach cafes, the freedom of walking on the beach sand can be yours if you stay away from the city but near the beaches.

Delhi to London by Bus-All You Wanted to...

Aloha, Aloha! What a list of attractions here. In such times, I just can afford virtual traveling and that’s exactly what you gave me. Cheers!

5 Do’s and Don’ts in Travel Photography

3 Types of Vacation to Keep Family...