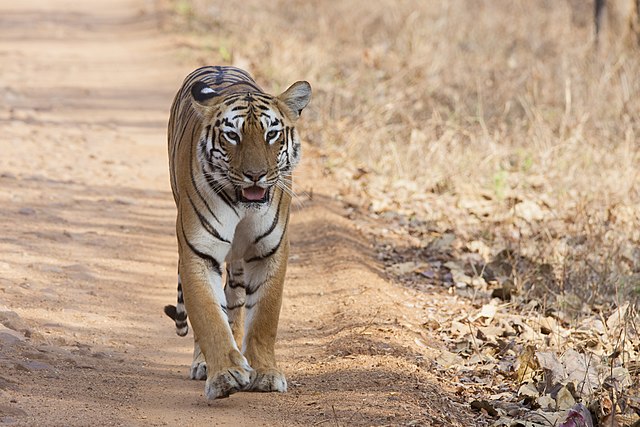 While the Indians rave about wonderful wildlife in Africa, Amazon forests, Costa Rica, and Borneo, many professional wildlife photographers and forest lovers from the United States, Australia, and Canada, frequently visit several forest areas in India, either to capture the Indian tigers and rhinos in their cameras or just to walk along dense forests and sink in the unspoiled natural beauty of India. In this blog post, we will explore five forests tiger reserves in various states of India and watch the animals and birds, get to know the giant trees and medicinal herbs there.

Probably you may not be aware of the fact that India’s tiger population is a little less than 70% of the world’s tiger population. Tiger safaris in India are as famous as African lion safaris. Do you know that there are as many as 50 tiger reserves in India?

The Jim Corbett National Park is the most visited forest of the above 5. There are many more such jungles and wildlife sanctuaries in India that are not highly talked about but that doesn’t mean they lack natural beauty.

If the national park or wildlife sanctuary permits, an adventure traveler usually stays overnight in the forest lodge or pitch up a camp near a water body to enjoy the experience of living in a tropical rainforest or in a dry deciduous forest just to listen to the sounds of nocturnal animals, birds, and flying insects. 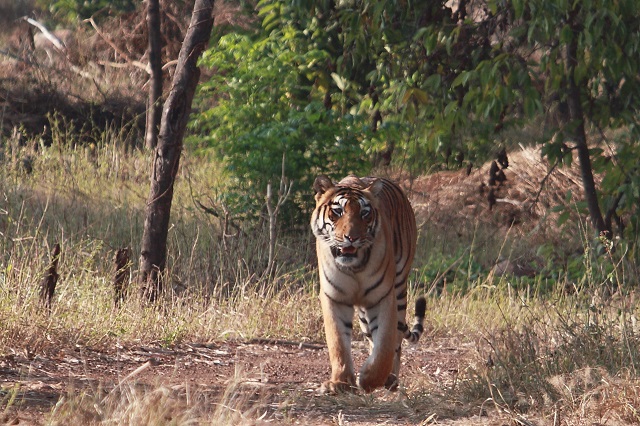 Tadoba Andhari Tiger Reserves is an offbeat tiger reserves but it is the largest (625 sq km) national park that is located in Chandrapur district of Maharashtra. It is a deciduous forest and hence dry during most of the year except monsoon period.

Apart from the Indian Bengal tigers, one can also see several venomous snakes that include Russels Viper and cobra in this woodland. Other major wildlife that is spotted here is the Indian Star Tortoise, sloth bear, barking deer, wild boar, bison, etc. The national park receives fewer visitors but that is what is preferred by true forest and wildlife tourists.

Inside the tiger reserves, there is a facility for boating during which, you can spot birds and crocodiles.

How to reach Tadoba-Andhari Tiger Reserves?

Come to Mumbai by flight from any part of the world. Take another plane to Nagpur, a fairly big city in the state of Maharashtra. It takes about an hour only from Mumbai. From Nagpur, you must hire a car and drive for two hours to cover the 130+ km and reach ‘Mohorli’ which is part of the Tadoba, for better-staying options than Chandrapur. There is a state-run tourism hotel in Moharli. In addition, the main entry gate in Tadoba tiger reserves is from the Moharli zone (there are 3 or 4 entry gates to Tadoba). The big forest is accessed immediately from the Moharli gate.

If you like to go to the Tadoba by train, the nearest railway station is Chandrapur which itself is very well connected from all the big cities in India.

Here is  one more, lesser-known wildlife sanctuary in India but the people of Karnataka love this place and often visit it with their family. It is located in the northern part of Karnataka that is home to gaur, black panthers, deer, leopards, apart from the ‘big cat’ tiger.

The Dandeli Wildlife Sanctuary is known for its dense forests and several walking trails. 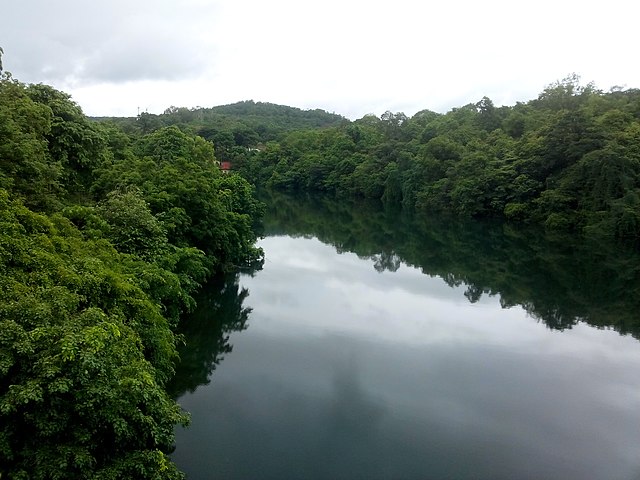 Have you heard about the Kali Tiger Reserves? It is located in the close by Anshi National Park.

Being a sanctuary, several birds including the rare hornbill have chosen this place as their home. Inside the forest flows, the river Kali on which you can go for a relaxed boat ride and spot the birds and other aquatic birds.

How to reach Dandeli?

It has no railway station. The nearest major railway station and airport is Hubli which is about 60 km away. The Londa rail junction is only about 25 km from Dandeli. 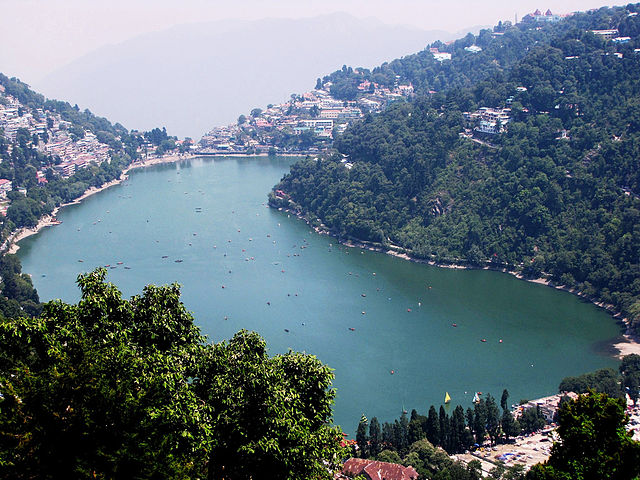 I am sure your raised eyebrows are questioning the popularity of this fantastic spot in Kotabagh Valley in the proximity of the Corbett Tiger Reserves. You might have read about wayside forests and its wonders and wanted always to enter; do that now in this ultra-natural forest set in a Himalayan backdrop.

The exact name of this place (Syat) among forest walkers is Camp Kyari. A handful of walking trails in the middle of the dense jungle, a few biking trails can also be seen but they are hardly used by the Indian youth. As you walk deep into the forest, you can unmistakably hear the sound of mountain streams.

If you drive for 5 hours from Delhi, you can cover the distance of 275 km to reach the Kotabagh Valley and locate the Camp Kyari in Syat easily. Nanital, a very famous hill station in the Himalayas is only 50 km away from Kotabagh.

Thenmala which means “Honey Hill” is chosen by the World Tourism Organization as an eco-friendly tourism center in India. If only that reputed organization combs entire Kerala, they would choose many more places in Kerala, ‘The God’s Own Country’.

Thenmala is located between two small towns of Kerala namely Kollam and Sengottai.

From Kollam, it is about an hour drive. The distance is only 66 km. By train, it is quicker to reach the Thenmala from the Sengottai railway station that is only 29 km away. The nearest airport is Trivandrum, that is 72 km away. It is the capital of Kerala state.

What can you see in Thenmala? 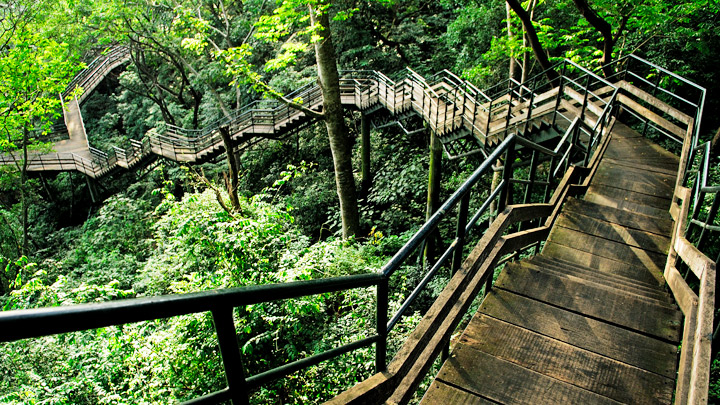 I think this image speaks volume of what you can see and do in Thenmala. This elevated walkway inside the forest would make you feel like walking on the trees. What a thrilling experience it can be!

Nakshatravanam is a tree garden with 27 trees denoting the 27 stars in the Indian astrology. 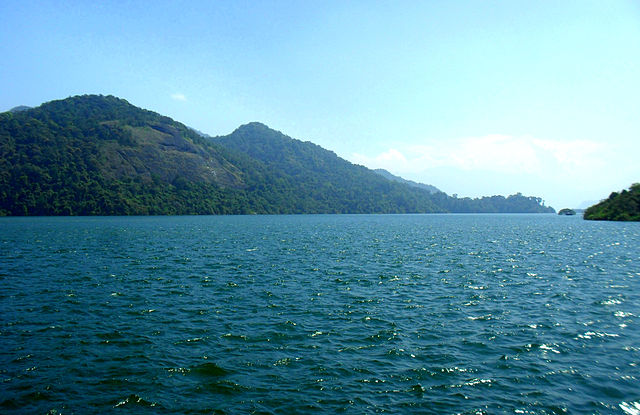 In proximity is a Deer Rehabilitation Centre that houses several species of deer.

The Thenmala dam is a must see picnic spot. The dam is built over the Kallada river.

Shendurney Wildlife Sanctuary is an attractive place for tourists to Kerala for its rare flora and fauna. It is located in the Western Ghats.

You rarely get to go on a butterfly safari even in world-famous National Parks-right? In Thenmala, one of the guided walking tours in the forest is the butterfly safari where you can see brightly colored butterflies that you cannot possibly see anywhere in the world.

An overnight stay at Thenmala is highly recommended. For accommodation, ask around for “Park Package” or “Ecotrek Package”.

This less-frequently visited tiger reserves in Andhra Pradesh, India occupies an area of over 3500 Sq.Km. OMG! That is a vast area really and aptly considered as the largest tiger reserves in India. Such a vast area comprises of not two but 5 districts of Andhra namely,  Prakasam, Kurnool, Guntur, Nalgonda, and Mahbubnagar.
Unaware tourists from Andhra just visit the Srisailam and Nagarjunasagar dams and return without going into the dry and deciduous forest that starts on a hill at an elevation of 900 feet. The highest point of the Nallammala hill is at an elevation of over 3000 feet thus forming deep gorges.

The major goal of the visitors to Nagarjunsagar-Srisailam Tiger Reserves is to spot the Bengal tiger. The sighting depends on luck and the time of the visit. This condition also applies to other wildlife that includes pangolin, leopard, sloth bear, deer, blackbuck, and chinkara ( a type of deer that is also known as Indian Gazelle).

Being a dry forest, it is home to a variety of snakes such as python and Indian rat snake. 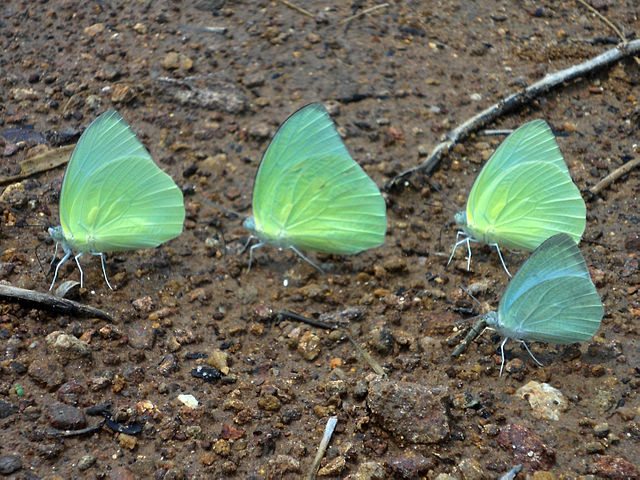 How to reach Nagarjunsagar-Srisailam Tiger Reserves?

It is easily accessible as it is located near several big towns in Andhra that include Srisailam which is only 30 km away.

The prominent Nagarjunasagar dam is only 60 km away and it is the most visited picnic spot in Andhra. The state capital Hyderabad is only 170 km away.Wildlife travelers sometimes return empty-eyed without spotting the big cats. In such instances, they visit nearby attractions that include Teertham Falls.

There a few Indian tiger safari organizers who can be contacted for a tour of the Nagarjunsagar-Srisailam Tiger Reserves.

If you find this article informative, please share it on social media.