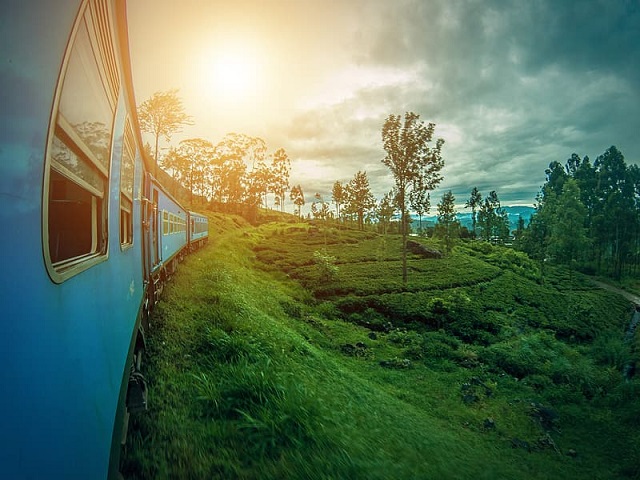 High-speed ferries, ultra-sonic flights, 200 km per hour in a car-none of these can match most scenic train rides-what do you say?

Let the train’s speed be normal or high-speed, it won’t matter to ardent train buffs. As long as the train moves through green paddy fields, or along a seashore, or through hilly terrain, it is enjoyable.

The joy of train rides can only be felt; you cannot write an essay.

Including me, there is a sect of travelers who spend a lot of money to go to another country just to travel on a long-distance train that promises breathtaking sceneries en route. 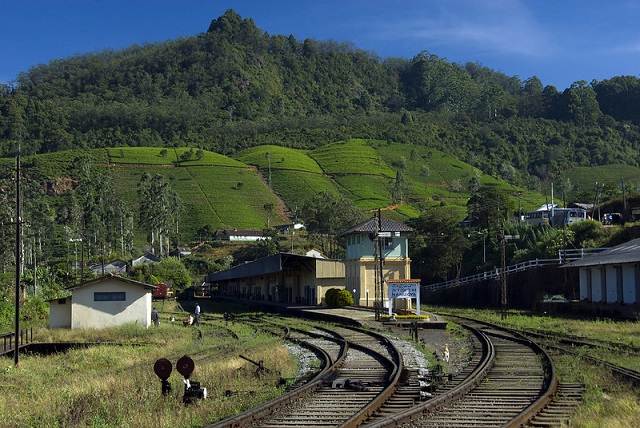 The image says it all about the landscape through which the SriLankan train passes through.

It is a very short journey lasting about two hours. The distance between the two railway stations is only 60 km!

Nonetheless, the distance doesn’t matter here but the duration surely is enjoyable.

The train travels through hills covered with lush trees and bushes.  The hill slopes are used to cultivate tea.

If you happen to go to SriLanka ever, enjoy this beautiful train ride. After all, it is only for two hours.

Inquire if the scenic train ride is fitted with an observation coach at the end of the train. It will be thrilling to stand in such a viewing car and watch the hills roll by on either side.

How about going in a train that cuts through the fiery Bay of Bengal? Sure, the train through the English Channel reduces your time to travel between England and Paris. Though the train goes on a bridge above the sea, you won’t enjoy anything outside the train.

However, this train goes on a 2.1 km long rail bridge over Palk Strait. You will see the sea on either side of the train.

The train connects the mainland of Tamilnadu with Rameswaram town located on Pamban Island.

Not many people know that this engineering marvel sea bridge is more than 100 years old! Yes, it built in the year 1914!

How do you rate this scenic train ride?

When I first watched the Grand Canyon in a film, I wished there is a train that passes through the stunning rocky mountain with a view of the Colorado River way down below. At that time, I didn’t know there is in fact a train that moved through the breathtaking canyons.

This fantastic and scenic train ride starts from Williams, Arizona, and runs through the Colorado mountains.

The distance covered in this beautiful train ride is only 105 km. Therefore, the duration of this most scenic train ride  is  little more than two hours.

The train terminates at the Grand Canyon’s Southern Rim-an entrance to see the rocky gorges. 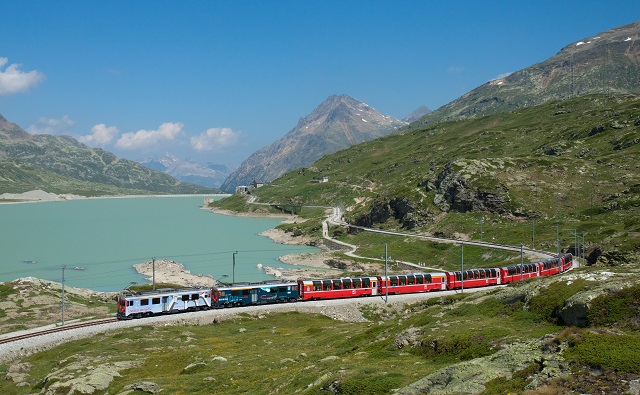 That’s a typical Swiss countryside that turns white when the snow arrives. It is the Alps, buddy!

See the scenery outside the train-isn’t it serene? Imagine when the picture unfolds to you when you are traveling in the Bernina Express and that too sitting on a window seat.

Here is how it will look: 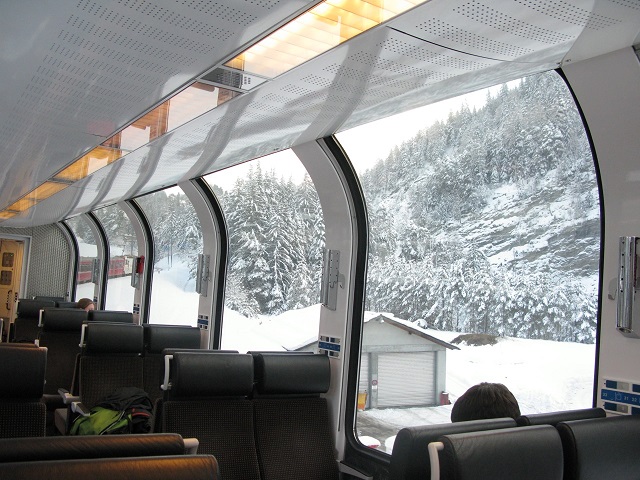 The Swiss side will be mostly mountainous with alpine fir trees and mountain streams that will give you company until the train crosses the border and enter Italy.

Do you know that train reaches at a very high altitude measuring 7400 feet!

The entire beautiful and scenic train ride between Italy and Switzerland takes about 4 hours only.

The train passes through countless tunnels and bridges. You will be shivering when you board the train from Chur, Switzerland.

As the train nears Italy, you would take off your blazer.

The Blue Train is one of the most luxurious trains in the world with 5-star facilities and amenities.

The beautiful train is through a diverse African landscape that includes mountains, game parks, Victoria Falls, and barren regions.

The Blue Train runs from Cape Town to Pretoria and vice-versa.

The distance between the big South African cities is about 1600 km.  However, the scenic train ride takes 31 hours.

See the inside of the Blue Train’s last car named “Observation Car”. 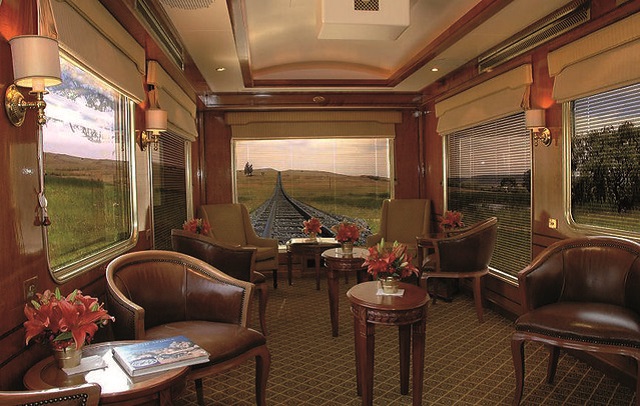 In conclusion,  a ride in the Blue Train is my ultimate dream. I am not bothered about the luxuries of the train but I am terribly interested to see how the Victoria Falls look from a moving train.

Are you goaded to take this kind of scenic train rides in South Africa?

Wow! Amazing Capture and places where everyone want to go …Such an awesome clicks yaar.