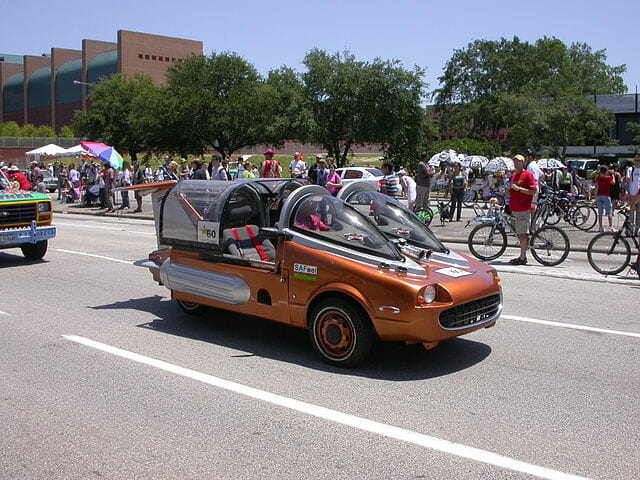 Houston is one of the largest cities in the state of Texas, United States. Do you know it is not only the largest city in Texas but also in the United States areawise? Not many people are aware of this unique fact. I wonder whether it is mentioned in the brochures of the guide to see Houston that comprises a whopping 16651 sq. km!

Houston is located on the southeast coast of Texas, facing the western side of the Gulf of Mexico. Can you visualize its location? If not, here is the map of Texas showing where Houston is.

The coastal area of Houston is 80 km.

As a tourist destination, you need a week to explore all the things to do in Houston. I think next to El Paso and the adjoining Rio Grande area, It ranks number two in Texas as far as the number of places to see. 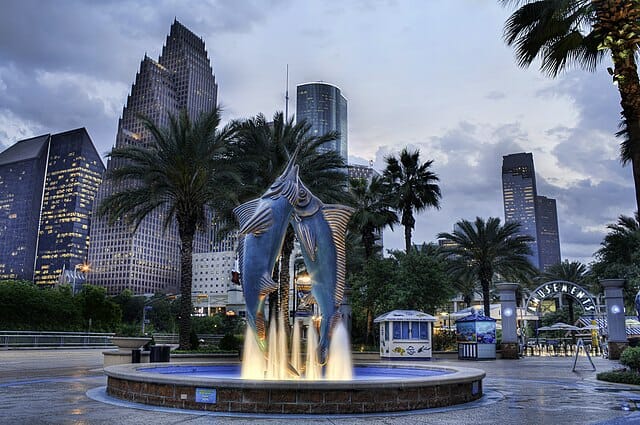 I will introduce to you all the things to do in Houston. This will be your guide to see Houston containing all the Houston tourist landmarks. 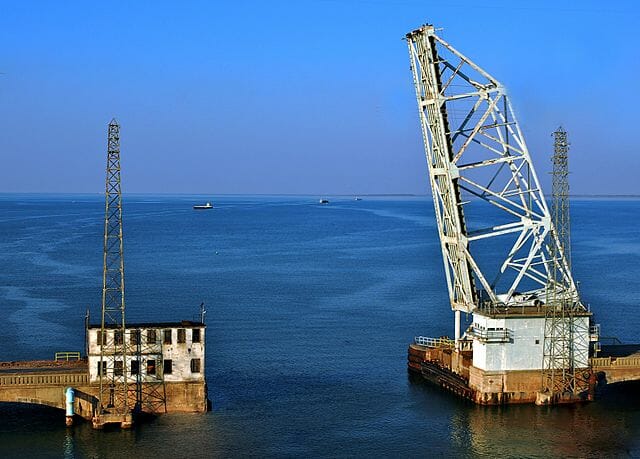 Galveston bay should be your first tourist landmark. It is one of the largest estuaries in Texas where several rivers empty their water into the Gulf of Mexico that including the Trinity River and the San Jacinto River.

Such estuaries form diverse geological ecosystems such as marshlands and wetlands. Consequently, the area becomes a habitat for marine creatures, alligators,  and aqua birds. Cruise ships that visit the islands of Texas use the two big harbors in Galveston Bay.

The 48 km long Galveston bay has numerous beaches and resorts. There are several bays that are all the beaches that include:

These bays are major resources for fishes, shrimps, oysters, and crabs.

Some interesting and beautiful Houston tourist landmarks are found in Galveston Bay. Remember to see the magnificent Bishop’s Palace, the Bryan Museum,  an opera house, and Texas Seaport Museum. 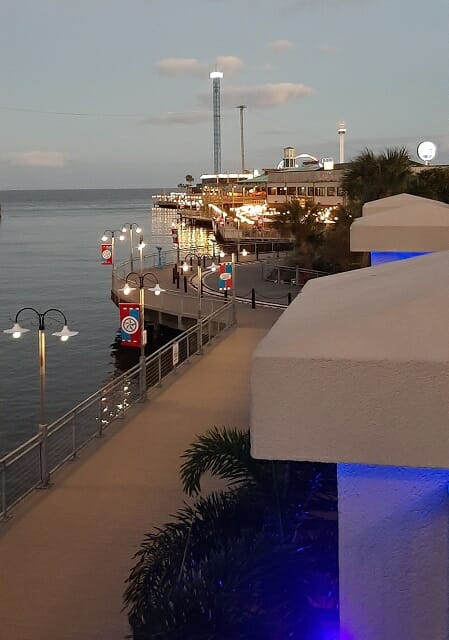 The Kemah Boardwalk is the biggest tourist landmark in Houston. Actually, you have to travel 50 km from downtown.

It is a theme park set on a sprawling 60-acre land, adjoining the Gulf of Mexico. You can say the entire theme park is set on the promenade. Can you imagine the beauty of such a setting?

There are too many rides, several restaurants, and bars inside the Kemah Boardwalk. Amidst all the rides, the biggest crowd-puller is a wooden rollercoaster, built right on the edge of the beach, giving you breathtaking views of the Gulf of Mexico.

Look at a short video clip of the rollercoaster named “Boardwalk Bullet “.

The Kemah Boardwalk can be included in your trip to the Galveston Bay.

If your children pester you to stay overnight so that they can visit the theme park again, there is a boutique hotel in the complex.

Solo travelers can take a stroll on the boardwalk without paying anything. Yes, the entrance to the park is free but the rides cost money.

Apart from the rollercoaster, you can enjoy riding on Ferris Wheel, a zipline, on a toy train,  and more.

Climb up on an observation tower for a spectacular aerial view of the sea and the theme park.

It is a long island, its length is 44 km but its width measures just 3 km. It is a popular tourist landmark for the citizens of Houston. Galveston Island is located 80 km from the city.

The island is divided into two, the north and south by a water body called San Luis Pass. However, both the parts of Galveston Island are connected by a bridge over the San Luis Strait.

The Galveston Island State Park is where you go for a short kayaking stint, hire a paddleboard and stand on it to enjoy the sea breeze, and focus your binoculars on some beautiful seabirds that include the American Oystercatcher.

All the exotic marine lives of the long Galveston Bay can be seen in the Moody Garden Aquarium, a huge complex.

Sights that will capture your attention include giant Otters, penguins, subterranean tunnels. You may have to dedicate half a day here.

What a fantastic view you can get when your chair in the giant wheel reaches the top! There is a mini rollercoaster and a pendulum swing that will capture the interests of the children. The pier is a beautiful place in Galveston bay.

Now, we move away from the Galveston Bay area and shift our attention to the attractions of Houston city.

Your immediate reaction upon seeing this name on the itinerary of your guide to see Houston will sadden your spouse and children. You have to give in to their glares and walk inside the spectacular NASA’s space center.

Some of the highlights that you will definitely enjoy:

A replica of a space shuttle

There is much to see in NASA’s Space Center. It is a must-see tourist landmark.

In your guide to see Houston city, you will see this sprawling green area in the list. It has all the attractions of the public parks such as walking, bicycling, picnicking, and whatnot.

Children would scream in delight when they see a large skating rink. Remember to pack a pair or two skating rollers when you tour Houston.

Remember, there is a space for watching a big colony of bats.

Yes, there is a zoo in Houston. Again, your children can’t wait to enter the zoo on their first day in Houston. The zoo is part of Herman Park, one of the places to see in your Houston city tour.

There is a Japanese Garden in Herman park that you will appreciate.

It is very thoughtful of the local government of Texas to build a complex of several museums in one place so that, you don’t have to commute to see every museum.  It is aptly named the ‘museum district’. As many as 19 museums are there to explore. I reckon you will need full two days to see all the museums.

Here are the names of the museums you can visit depending upon your interest:

A visit to the museum is part of your Houston City tour. The zoo is located close by.

Do you like to see and appreciate street art? It includes incredibly realistic three-dimensional artwork of buildings, rivers, lakes, and animals and birds.

This graffiti drawn both on the roads and on the walls of large buildings.

Of course, one of the foremost things to do in Houston is to go on a shopping spree. In Houston, 19th street is highly recommended for cheap shopping.

Curios and vintage goods will naturally pull you into the shops. Remember to you a typical Texan hat and some memorabilia of the vintage cowboy merchandise. 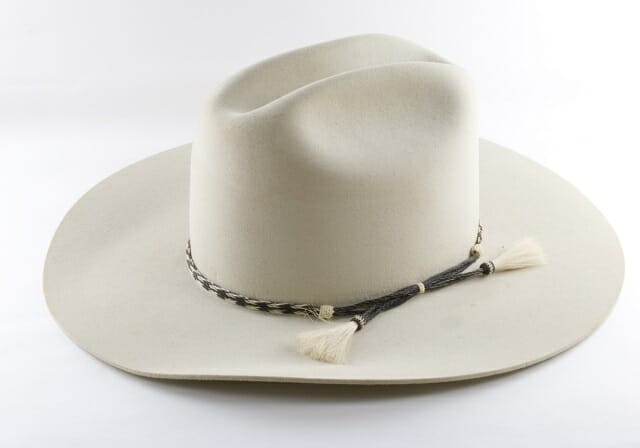 Maybe a worn-out pipe (smoking pipe) might entice you to buy.

Probably, the video below tells you all about the ‘waterwall park’.

This is sheer architectural masterpiece.

The best way to go on a Houston City tour is to buy a ticket on the hop-on-hop-off bus tour. It means you can get down at any stop, skip the bus to explore the place, catch the next bus and ride with the same ticket.

The bus is a double-decker type with an open top. It gives you a 360-degree view of Houston.

Paris Tour — Best Things to Do in Paris