Don’t be put off by Google when you key in ‘ Sugarloaf Mountain ’ in its search box and Google shows “Pão de Açúcar”. It is the Brazilian name of Sugarloaf Mountain. Just allow the Google’s ‘translate’ button to read it in English.

Sugarloaf may not be an apt name for the nearly 400 meters high rock as it certainly doesn’t look like a sugar loaf. Nevertheless, we will accept it and refer it in this blog post.

There is a beach called “Guanabara Bay“ in Brazil’s Rio de Janeiro on the Atlantic Ocean. The Sugarloaf Mountain can be seen in the distance, in the middle of the sea. 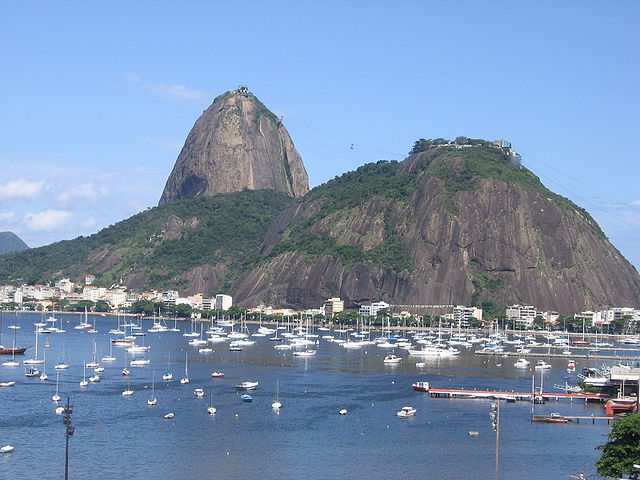 The distance from the Guanabara Bay to the Sugarloaf Mountain is approximately 4500 feet only. Yes, you read it right; it is 4500 FEET only. That is equal to nearly 1.4 km.

Surely, we can’t swim that distance to reach the base of the Sugarloaf Mountain. We need to reach the top of it to take in the breathtaking view of the Atlantic Ocean and the shore of Guanabara Bay.

How to reach the top of the Sugarloaf Mountain?

We can take a spectacular ride over the Atlantic Ocean in a ‘funicular vehicle’.

Looking at the video, is it right to call the cable car as funicular? I am afraid not because funicular technology is a mixture of two types of pulling; one is pulling up a cage through cables that is similar to the present day elevators and the other is pulling a car through rail tracks with the help of a loco. Example: A winch

Nevertheless, let us just enjoy the cable car ride to the top of the Sugarloaf Mountain. Of course, there is nothing do there but to stay for a few minutes and take in the 360-degree view of the Atlantic Ocean and the city of Rio de Janeiro.

The starting point of the cable car to Sugarloaf Mountain.

The cable cars leave from the Red Beach also known as Praia Vermelha. When you buy your tickets, it is for your round trip. The frequency of the cable car is every 20 minutes.

Please note that the cable car ride is split into two legs. The first climb is only up to the top of Urca Mountain. This is a one km ride up. 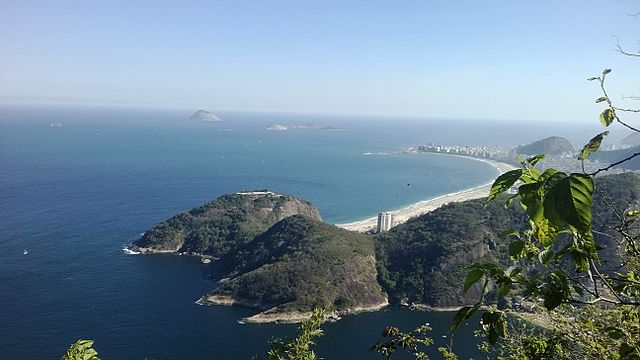 When you reach the Urca Mountain, unpack your SLR camera to capture the stunning views of Copacabana beach, and the Christ the Redeemer statue on the nearby mountain called the “Corcovado Mountain”.

The second leg of the cable car ride will take you to the top of Sugarloaf.

You can’t find much to eat there except ice creams and soft drinks. Beware of monkeys.

Walking up to the Urca Mountain.

Some adventure lovers decide to trek through a wooded area and reach the Urca Mountain where cable car stops to begin the second climbing. The walking time is 25 minutes. From there, they can take the cable car to go to the top of Sugarloaf Mountain.

Christ the Redeemer is a 125 feet tall statue on the nearby Corcovado Mountain. The statue is on top of the mountain at an elevation of 2300 feet. 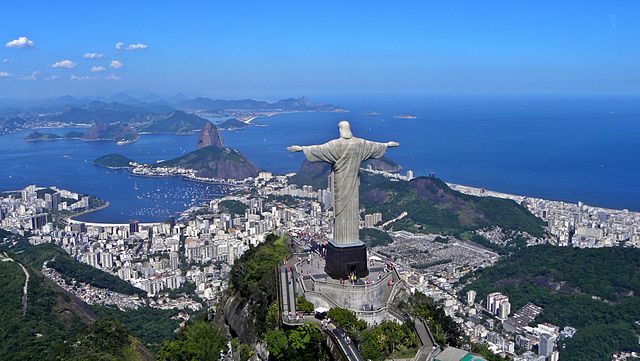 How to go to the top of Corcovado Mountain?

That train on a rack rail will take you to see the Christ the Redeemer statue after a 20-minute ride to traverse the 3.8 km.  Your thrilling rack rail ride starts from Cosme Velho station and ends at the base of the statue. After that, you either climb on foot (200+ steps) or easily ride on an elevator.

What can you spot from the top of the Corcovado Mountain?

Rio de Janeiro is a bustling city and the capital of Brazil. There are more things to see and to do in Rio de Janeiro.

Paris Sightseeing Attractions That You and I Will Like Immensely