Lightning Season and How it Can Affect Airport Travel 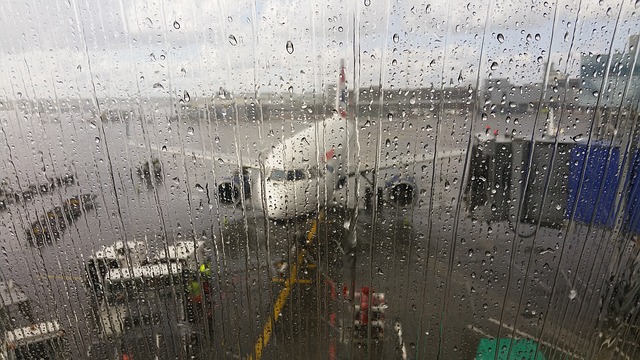 Lightning is a powerful act of mother nature and its impact on airport travel can be significant. Lightning often occurs alongside thunderstorms, which can also provide a myriad of dangers. It is important for airports to be equipped with state of the art lightning software and lightning sensor systems in order to accurately detect if lightning is in the area and act accordingly. Here are just a few of the dangers associated with lightning and its effects on travel.

One concern for aircraft that is caused by lightning is low visibility. During a thunderstorm, the conditions make it difficult for pilots to see where they are going due to rain, fog, hail and other elements. This can not only delay flights from taking off but can also cause damage to aircraft in some situations. While air traffic control works hard to help the pilots navigate, visibility can become a major issue during a storm.

Strong winds can also cause delays in travel at airports. There is often strong wind present during a severe thunder and lightning storm, which can make air travel turbulent and nearly impossible. For the safety of the crew and passengers, airlines will delay these flights, which can in turn cause chaos at the airports.

Fueling is something you might not think of as being an issue in regards to lightning, but it can be a major problem. When lightning is present, crews cannot refuel the airplanes due to dangers that could occur if lighting were to strike the ground. There are many crew members on the ground performing tasks when an airplane lands and before it takes off. These crew members are loading baggage, refueling the planes, and generally performing maintenance tasks. If lightning is within 5-10 miles of the airport, all of these activities are shut down in order to protect the crews. And if they are performing the necessary tasks, travel can and will be delayed.

50 Plus Countries for Indians to Visit Without VISA