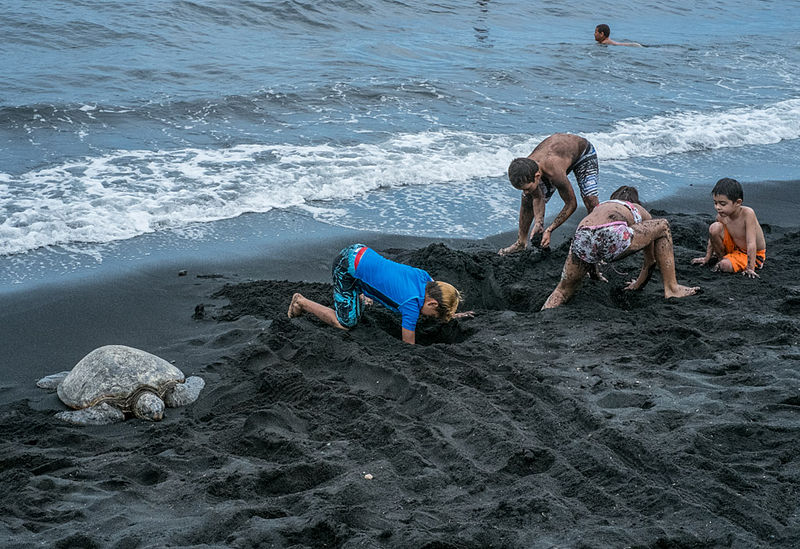 We have all mostly seen beaches with sand in sand color. See, we can instantly visualize a beach with that description. In fact, the majority of the beaches in the world are sand colored beaches only. However, there are beaches that sport different colors such as pink sand, white sand and even black sand beaches.

Do you think you would like black sand beaches? I am sure not. Nevertheless, it won’t stop me from writing about black sand colored beaches because you may fancy that! On a computer screen, those black sand beaches look stunning because of the contrasting color of the sea water. I suppose they might appear beautiful in real. 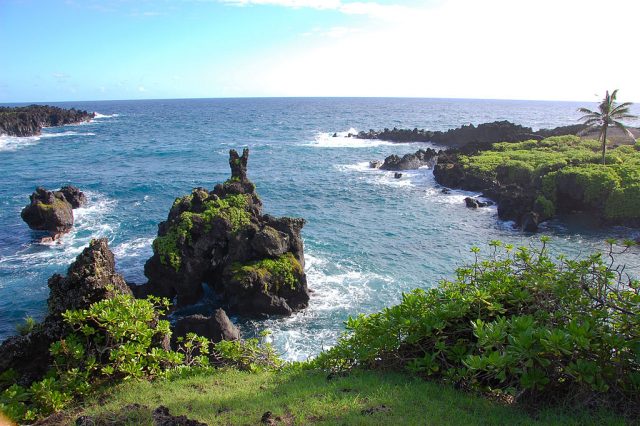 Let us pay a visit to five of the best colored black sand beaches in various parts of the world.

The numerous islands in Greece are all famous tourist destinations. Of the many archipelagos, the Cyclades is a big attraction. The village called Kamari is located on the island of Santorini off the Aegean sea.

The two kilometer long Kamari beach is only 3km from Santorini Airport. There are plenty of accommodations available at all ranges including the old type taverns. 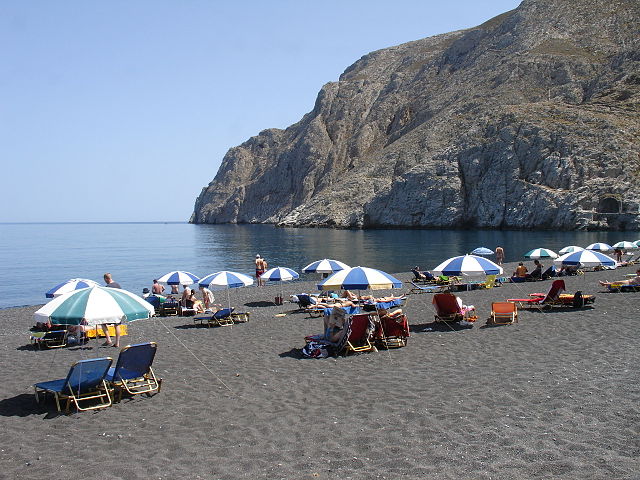 The holiday crowd makes it a point to visit the ‘Thera’ which is actually what is remaining in an ancient city situated atop the Mount Messa Vouno. The view from the height of 360 meters is said to be spectacular.

The food on the island of Santorini is typically Greek and the wine that is served were distilled in the local wineries.

I read the black sand is hotter than other colored beach sand, May be it is because of its volcanic origin! I am not sure. 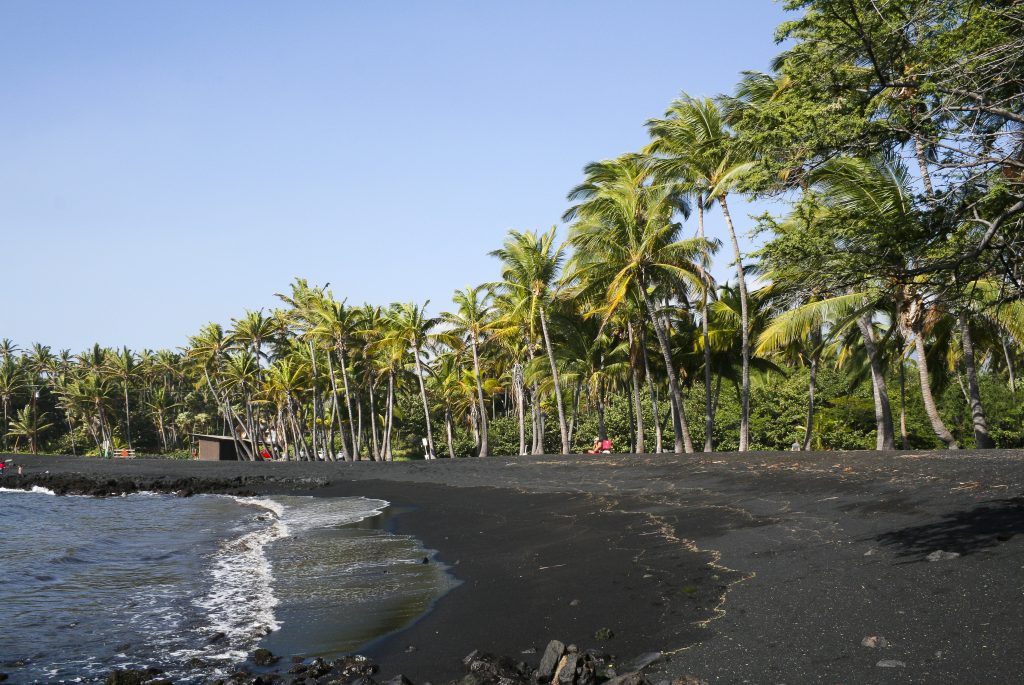 There are several mysteries and legendary stories that surround this place including blowholes and caves. The blowholes are spectacular natural formations and are unique to the Hawaiian beaches.

The black sand beaches at Playa Jardin in Tenerife is due to the volcano situated in Mount Teide, now dormant of course. It also happens to be the tallest peak in Spain at a height of over 11,000 feet. I am sure you might have read about the famous event in Tenerife called ‘Carnival de Santa Cruz’. The annual festival is said to be full of gaiety with dances in colorful costumes. 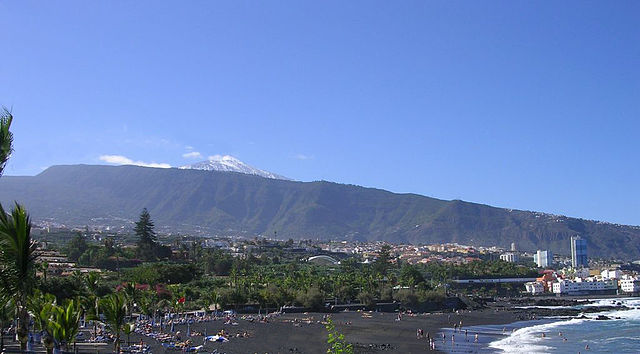 You can plan to see the world famous Siam Park which is also the biggest water park in the entire Europe.

The El Médano Beach is famous among sun bathers.

When I first looked at the image of this picturesque black sand beaches, I thought a black carpet was laid leading to the water. It is shockingly dark black sand. 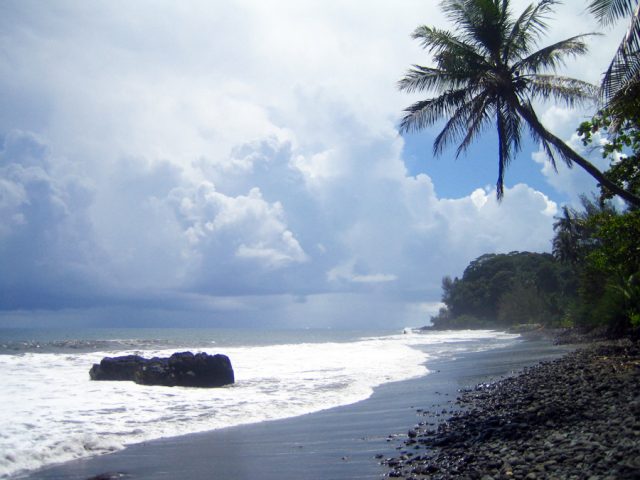 The exotic Tahiti islands are located between California and Australia. Quite a wide area to pinpoint them-isn’t it? However, you can reach the Tahiti in roughly 8 hours from Los Angeles.

The volcanic Mount Agung is the reason for this lovely black sand beaches at Bali, Indonesia. Well, Bali is known as the islands of islands among the beach lovers. It is forever owned by the world’s richest people. By ‘owned’, I mean, occupied. At any given time of the year, a film shooting will be going on. Celebrities are very frequently spotted here. 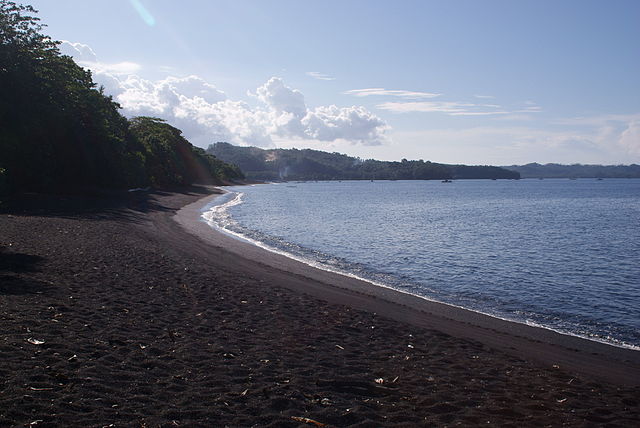 Lovina is famous for the friendly dolphins showing up to enthrall the visitors.

As far as I know, there is a total of 15 black sand beaches in the world. The above five are in my wish list.