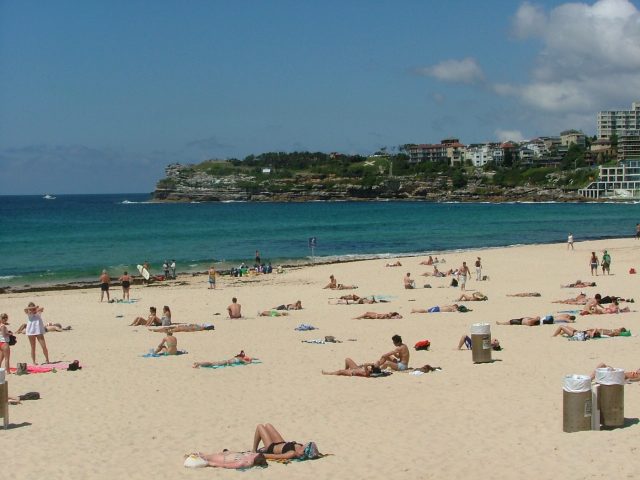 The city of Sydney is world famous for its beautiful beaches: some kilometers of golden sand line the cerulean Pacific Ocean against the scenery of an awesome urban center. The entire coast line offers over 100 beaches, from protected small coves to widely frequented sandy beaches near the harbor. By far the most famous beach in Australia is the Bondi Beach – a very special Holiday Destination, which all visitors of Sydney have to visit! If you think of surfing in Australia, the famous Bondi Beach in Sydney with its golden sand will probably come to mind. If you want to surf in front of a postcard-like scenery and plan to stop in Sydney anyway, the wet experience at such a hotspot should not be missed.
The word “bondi” in the native language, known as the Aboriginal. The sound of breaking waves, a very striking description for this emblematic beach which is the special Holiday Destination!

Bondi Beach, the Most Famous Beach in Sydney

While surfers from all over the world ride on the enormous waves, the sun-drenching ones stretch out to brown on the fine golden sand. The beach lined with the lively Campbell Parade, a shaded boulevard with shops, ice cream parlors and other beautiful places. Look for old Aboriginal stonevets, stroll through the imposing Bondi Pavilion or watch the staff of the famous Bondi Surf Bathers’ Life-Saving Club, the beach rescue service, proudly show off their rescue operations!
With 377 people on every square kilometer, Sydney is the most densely populated metropolitan area in Australia, but the Beach babes hardly have to step on their feet. Nearly 40 Pacific beaches lie between Palm Beach’s lighthouse north of the city and the bays of the Royal National Park 70 kilometers further south; the countless bathing spots on the 315 kilometer shores of the huge harbor.

Cautious dive at Nielsen Park, protected by creepers and the shadow of big leaved figs. Adrenal addicts meet for kite surfing in Narrabeen, sailors in the smoke-free Mosman, romantics picnics in the hidden Parsley Bay. 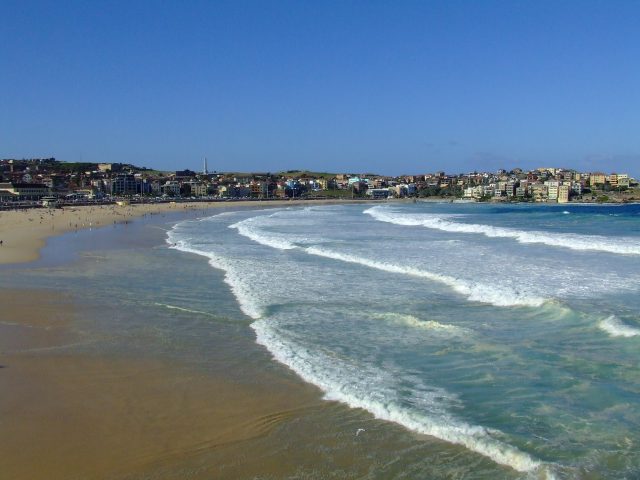 Tom Cruise visits the media mogul James Packer in his beach house in Bondi, paying TV producers, IT specialists and young bankers meet regularly in Bondi. Would you like to adorn your shoulder with a tattoo? No problem, with “Bondi Ink” the view in the blue relieves the pain of the needles. 15 dollars for a stingy glass of Italian red wine? May trainers at the promenade burger eat from their cardboard bags, in the side streets you can buy Jeans shorts for 220 dollars (a bit costly). The mixture is eclectic and often bizarre, but always colorful.

A LOT OF 4.5 MILLION PEOPLE IS ADDICTED TO BEACHES

Sydney’s blue water glitter is as seductive. No wonder a large part of the 4.5 million inhabitants are addicted to water. “No one is thinking about the meaning of life in Sydney, only the sea view apartment is important,” says a playwriter, David Williamson.

Free and spectacular is a place among the palm trees in the botanical garden, the many natural reserves with lake and river are more tranquil. Many of them rides on Saturdays at Centennial Park, in the middle of the largest city, tramping ponds with black swans. In the Royal National Park, one of four national parks of the city, you must wander through the cliffs through eucalyptus forest and meet the rest of the day!

On the popular scale, the “Eastern Suburbs” stand out: places such as Double Bay and, of course, Australia’s most favorite beach – more than 80 percent of Australia’s Sydney tourists use the word “Bondi” – best Holiday Destination.

And also from the annual 2.6 million foreign guests almost everyone at least once surely try, a wave ride. A tourist trap? Barely. The streets around the crescent-shaped bay have a similar magnetic effect on locals. Large families like to live here, for bathing they come to Bondi beach, also surfing teachers and teenagers comes to Bondi more often.

Art and Culture on the Bondi Beach

Bondi Beach – one of the best Holiday Destination is located about 10 kilometers east of the center of Sydney. This wide sandy beach is an emblem of the Australian beach culture and has attracted sunbathers and surfers for more than 100 years.

It is a popular Holiday Destination all year round; Here also some of Sydney’s greatest cultural and musical events take place. In August, thousands of runners whip up the sand in the City2Surf race, and for two weeks in October and November, artists from all over the world present their most beautiful works at the Sculpture by the Sea Festival.

But Bondi Beach offers more than just sunshine and the clear waters of the Pacific. If you would like to see some Aboriginal art, visit the Ben Buckler Reserve north of the beach; In these rocks you will discover engrossing engravings of fish, sharks and boomerangs, as well as on the way you will walk through the Bondi Pavilion. This dandified juncture built in the late 1920s as a convoluted with dressing rooms for the large number of bathers. Nowadays, the building houses a theater, several galleries and a number of shops.

The Bondi Beach – a very special Holiday Destination is the oldest life-saving organization in the world and a true symbol of the Australian culture. The association founded in 1907, when a group of friends supervised the safety of all the guests. Today, the club is Australia’s largest voluntary organization, and there is even a special rank in the team for young heroes! Beginning at the age of five, bold boys and girls learn surfing and rescue swimming. In the summer these “Nippers” train their rescue skills every Sunday morning.

Casual, urban and animated – what Australia’s metropolis Sydney is all about, is found on the world famous Bondi Beach on the approximately one and a half kilometer stretch of beach.

Surfing is an integral part of Bondi. Due to the excellent conditions of the bay, the Bondi Beach – the best Holiday Destination offers constant and easily surfable waves to all. If you want to surf on this world-famous beach, whether you are a newcomer or a beginner for surfing, you will have a great time at these courses.

such a beautiful beach and nice to visit in Holiday, Like it so much