Fraser Island is the largest sand island in the world, a UNESCO cultural heritage site and one of the most popular attractions in Australia. It is part of the Great Sandy National Park and is located on the Fraser Coast in the Subtropical Coast region of Queensland. Wild game dingoes, crystal clear lakes, long beaches, high dunes, rainforests growing on sandy soil and colorful sandstone formations are the highlights of nature paradise. 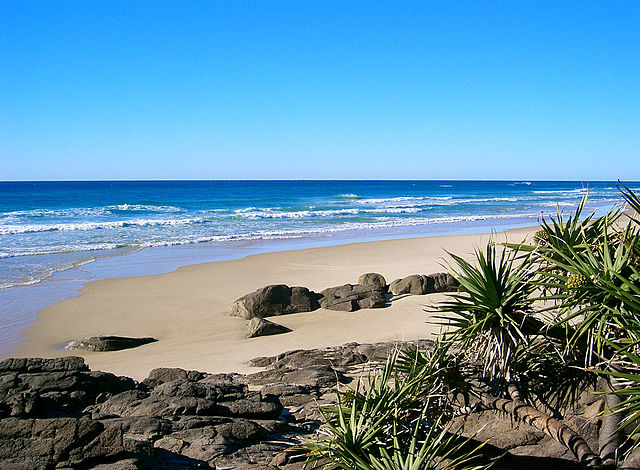 In addition, challenging rides with the off-road vehicle and extensive camping trips are extremely popular activities. The annual population of nearly half a million is the low population of almost 400 people. Thanks to the balanced subtropical climate, you can also arrive all year round. From November to April (summer/autumn) the temperatures are very warm and rain falls more frequently. In the months from May to October (winter/spring), mild daytime and cool night temperatures prevail.

Fraser Island inhabited for at least 5,000 years. The Butchulla people called it K’Gari, which translates into roughly paradise. Between 1400 and 1700 several seafarers from Europe were to sail past the island, while Captain James Cook first registered in May 1770.

Matthew Flinders came here in 1799 and anchored 1802 at the Sandy Cape, where he had contact with the aborigines. However, it is due to Eliza Fraser, who survived the shipwreck of the Stirling Castle in 1826 and helped the native inhabitants of Fraser Island. After her return to England, she repeatedly recounted changing versions of the dramatic story, which is still partly unclear to this day. In 1842, the first white settlers entered farming, which slowly drove the Aborigines.

The last Butchulla people were settled in 1904 in missions on the mainland. Finally, the clearing of the forests began in 1863, which ended in 1991. With the designation of the northern part of the island as a natural reserve in 1971 and the UNESCO World Cultural Heritage in 1992 has announced Fraser Island is one of the most popular tourist attractions in Australia. 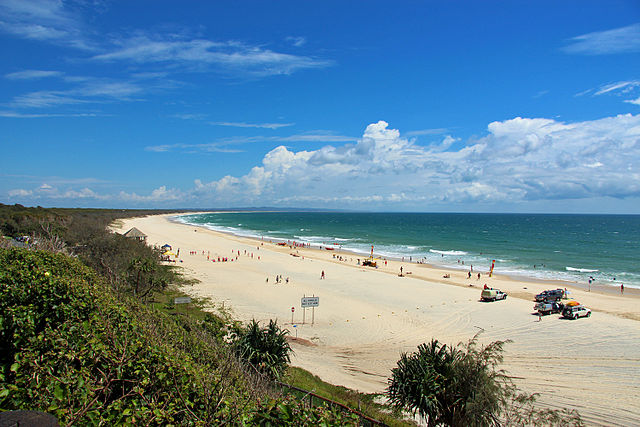 Find out more at Fraser Island

Fraser Island is not only the largest sand island in the world but also Queensland’s largest and Australia’s sixth-largest island. With a length of 123km and an average width of 15km, it occupies an area of 1,840km². On the east coast of New South Wales and Queensland eroded materials have been transported in the last 700,000 years by wind and sea currents to the north, where they have accumulated on the volcanic rock of the island.

Today, Fraser Island is the only place on the planet where rain forests grow on a sandy surface. This is possible only because of the symbiosis between the plants and certain types of fungi. The landscape is dominated by about 600 plant species, rainforests, eucalyptus trees, mangrove shrubs, Heideland, and wildflowers. Further geological features are over 40 high dunes, more than 100 freshwater lakes, colorful sandstone formations, sand Vulkan, and dark coffee-colored rocks.

In addition, the local fauna is known for its biodiversity, as can be seen in the over 350 species of birds. From October to May, loggerhead turtles lay eggs on the northern beaches of Fraser Island. Humpback whales migrate along the shores between July and October. Other marine dwarfs are dolphins, dugongs and saltwater crocodiles, but occasionally visit the region in the warmer months (December to March).

Frogs, snakes, tigers and freshwater turtles found in the interior of the country. Among the almost 50 species of mammals are Wallabies, Opossums, Nasenbeutler, Flederiere, a few wild horses (Brumbies) and about 150 – 300 Dingos. When dealing with wild dogs, one should be extremely careful.

Dingos are usually kept away from humans and they will only approach when they sense food. For this reason, the animals must not be fed or lured under any circumstances and should keep food and waste in appropriate containers. Furthermore, the residents of Fraser Island also include the annoying and bloodthirsty sand fleas.

The natural highlight of Fraser Island, however, is the well-known Lake McKenzie, where especially between 10:30 am and 2:30 pm is the time where you can feel the serenity of magic. Snow-white sand made of silicon forms a fascinating contrast to the crystalline, blue-shining groundwater.

Driving on the wild beach of the west coast permitted only in the middle (between the westernmost point of the island Moon Point and Wathumba). The southern campsites (Ungowa & Garrys Anchorage), Wanggoolba Creek and the protected Kingfisher Bay are therefore only accessible via the domestic roads, and sometimes by ferries from Hervey Bay.

At the crystal clear Wanggoolba Creek, you should walk along the great boardwalk through the rainforest. Between Moonpoint and Wathumba are a few secluded tent camps.

The beautiful Platypus Bay and the entire coastal area up to the Sandy Cape Lighthouse in the north of the west coast are suitable for camping. The historic lighthouse is located with a 4WD along the upper east coast or on foot (2.4km with return from Sandy Cape in about 1.5h) 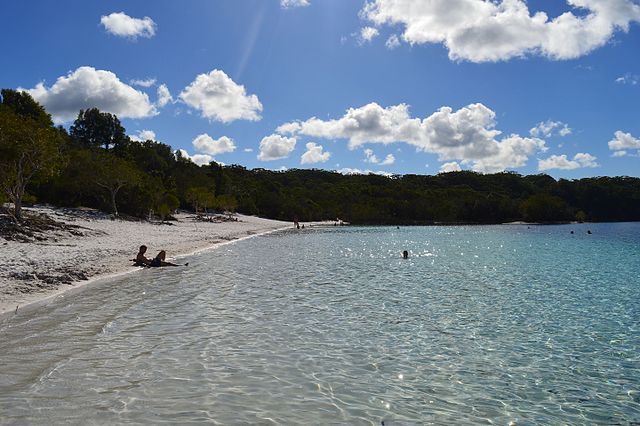 Activities to Do in Fraser Island

Among the most popular activities include hiking and driving with an off-road vehicle. The range of trails ranges from short walks to multi-day overnight hikes. In addition, some stretches over the sandy ground, which makes it difficult to move. The Fraser Island Great Walk is just over 90 kilometers from the Dilli Village to Lake Boomanjin, Lake Benaroon, Central Station, Lake McKenzie, Lake Wabby, the Valley of the Giants and Lake Garawongera. You should take 6 to 8 days, have to carry your drinking water and come past eight quiet campsites.

The best of the almost 50 trails of the island, including stretches of the Fraser Island Great Walk, are listed with length and time in the section

Probably the most interesting island on Queensland’s coast: Fraser Island is a MUST visit place Many backpacker hostels in Hervey Bay and Rainbow Beach organize multi-day camping tours to the island. The group (6-8 participants) will get an off-road vehicle and a driver and spend 2-3 days on the island. Since there have been many accidents with “self-drive-tours” (without drivers) in recent years.

Nevertheless, the troop still decides on the course of the trip. Unfortunately, there have been several serious and sometimes fatal accidents of tourists with off-road vehicles on Fraser Island. At over 100 km / h they have broken the kilometer-long beach, without considering that the sand is very tricky. The vehicles have fallen over and several tourists have not survived this !! So – drive carefully! 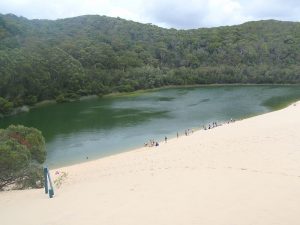 There organized day trips (from 120 AUD) with local guides, which lead to interesting places on the island as well as multi-day trips with an overnight in nature or in a resort on the island available. If you have time, you should definitely decide for a 2-day trip.

Fraser Island is the largest sand island in the world. The great beach is kilometer long and can be driven by car. The “Color Sands” – colored dune formations, as well as the breathtaking inland lakes (over 40 in number), are remarkable: deep blue, crystal-clear water and snow-white sand

1) Relax in the white sands of the freshwater lake Lake McKenzie
2 Walk through the glassy & beautiful Eli Creek
3) With a 4WD drive the 120km long 75 Mile Beach
4) Visit the historic shipwreck of SS Maheno
5) Take a refreshing dip in the Champagne Pools
6) Stay on one of the natural campsites
7) Take one of the numerous hiking trails
8) Turtles, whales & dingos in the wild

How much would it cost for a 5 day trip to Singapore?

Beach Holiday with Bondi – Let the...