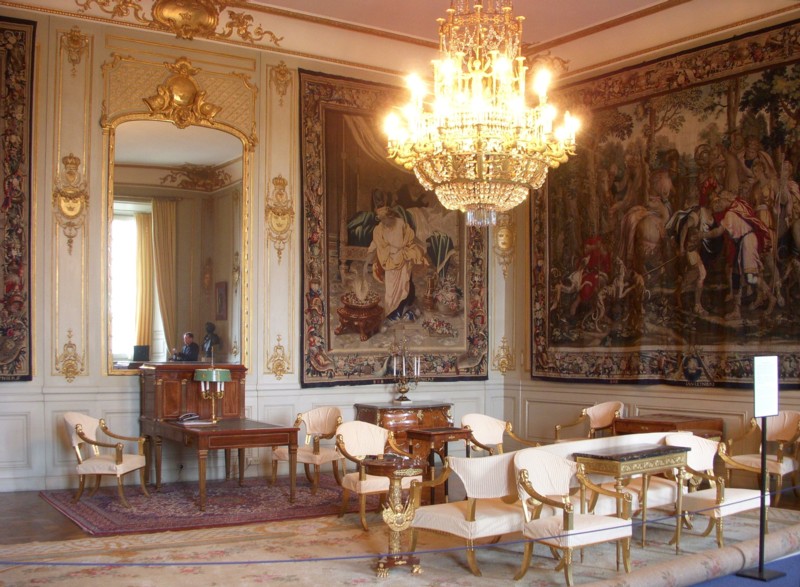 Sweden, one of the three Scandinavian countries is an absolute vacation destination for tourists and the entire country can serve as a perfect holiday place as there is something for everyone. I read somewhere that the majority of Sweden’s visitors are from Middle East Countries next only to the people of Europe.

While the schools and colleges in most of the countries in the world will re-open in June, the Middle East students enjoy a long holiday throughout the months of July and August.

June is the month the residents of Middle East nations start planning their holiday. I am sure this blog post covering the important tourist attractions in Sweden will be helpful to them.

How about sleeping in a cold room in -5 to -7 degree temperature? Feeling a chill up your spine-eh? Well, this ‘chill’ is real and not an indication of fear. 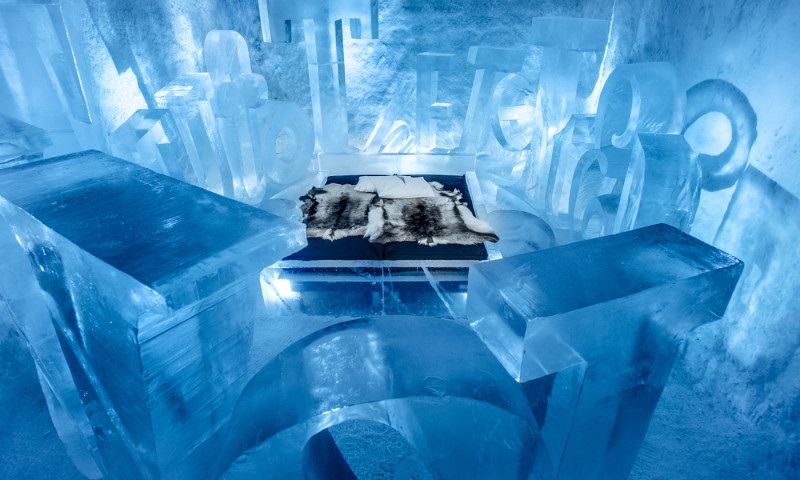 The Ice Hotel in Sweden is one the wonders I would say in Sweden. One cannot just visualize how a hotel that was built with ice every year and how the beds, doors, closets, and cupboards will serve their purpose if they are made of ice!

Above all, how about the bed? What it is made of and how it will stay in place if it is mounted on a large block of ice?

I read that the beds are called Carpe Diem Beds and they are covered with reindeer hides. No, you cannot sleep on this bed mounted on ice as such. You actually insert yourself in a thermal bag and lie down the Carpe Diem Bed.

There are so many questions that come to my mind about the ice hotel, one of the tourist attractions of Sweden. I am sure, you too entertain the same questions plus many more. While I definitely won’t stay in an ice hotel, I certainly would like to take a look inside.

Visit https://www.icehotel.com to get answers to your questions.

Just read this incredible fact of this oldest national park. It comprises of over 200 peaks and 100 glaciers! Its natural beauty is beyond description by words. Hence, how about this short video clip showing the mountainous Sarek Nationa Park, one of the biggest tourist attractions.

Sarek national Park  is huge and imposingly wild. It covers an area of over 1900 sq.km! Incredibly vast! It is best explored leisurely in your own vehicle, preferably in an all-terrain vehicle and sometimes on your feet.

Brave adventurers prefer to pitch up their tent on this snowy wilderness and go about trekking the area on foot, shifting their camping gears as they move on.

This top tourist attraction of Sweden is located in Lapland, northern part of Sweden. 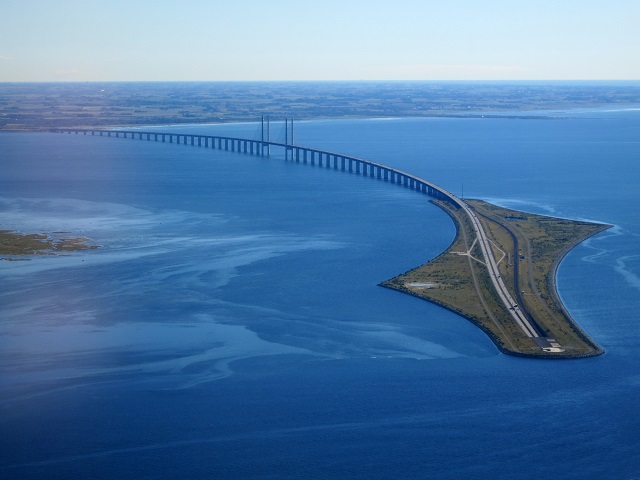 Oh yes, who would not like to travel on that bridge that connects Sweden with Denmark at one of the many borders with Denmark? As a ride on the scenic bridge is a pleasure, thousands of people use the Oresund Bridge to enter Denmark.

The starting point of the bridge on the Swedish side is the  city of Malmö. It terminates at Copenhagen, the capital of Denmark.

The length of the cross-country bridge is only 8 km and it carries a train track too. It is built across the Öresund Strait. Isn’t it a ‘sightseeing-worthy’ attraction of Sweden? 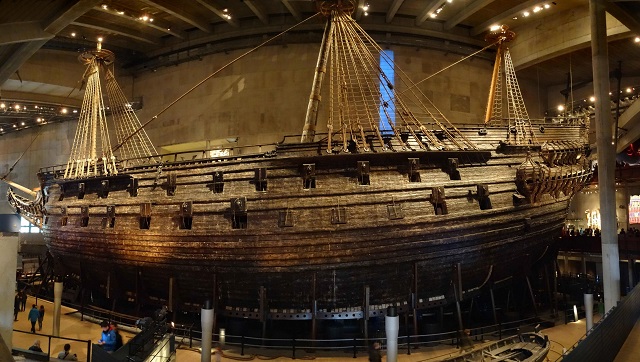 That’s the remains of a wrecked ship Vasa. The entire museum is a maritime one, showing the tourists the various parts of the huge 17th century war ship that was.

Where the Vasa museum is located?

Located on the island of Djurgården, Stockholm, the Swedish Government is taking much pain to keep the old warrior in good shape by maintaining the main hall’s temperature at 18–20 °C.

The surprising fact of Vasa, the warship is that it was salvaged from the depth of the sea only in 1961 and carefully restored the vessel to its original shape. 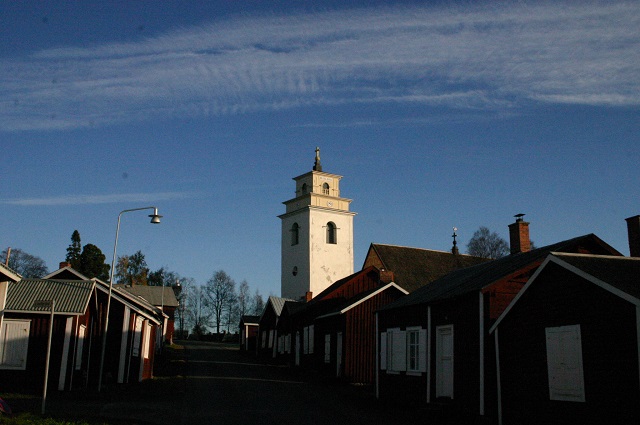 It may not appeal to non-Christians, but to the ardent Christians this is certainly a holy town and even the UNESCO has awarded the town a World Heritage status. That makes it obviously a big tourist attraction in Sweden.

The location of the 15th-century church town is certainly far off in the city of Luleå, Gulf of Bothnia.

Did you notice that tall church and the surrounding red and white wooden houses? They are numbering to over 400! They serve as temporary shelters to the visitors to the church. As the church is far off, worshippers won’t be able to return to their starting points on the same day of worship.

What a thoughtful and considerate act! 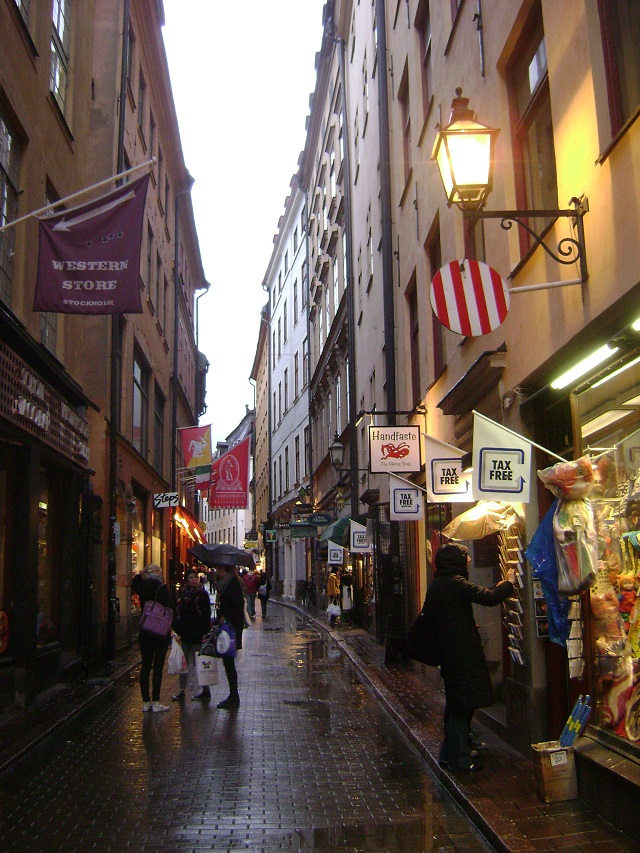 What a perfect capture! Tells you the whole picture of Gamla Stan, Stockholm’s old town where the true life and culture of Swedish people thrives. Gamla Stan is one of the main attractions of Sweden . It is where the Royal Place that was built during the 17th century exists.

The shops, bars, and cafes that are seen on the cobblestone streets act as a museum of medieval Sweden. 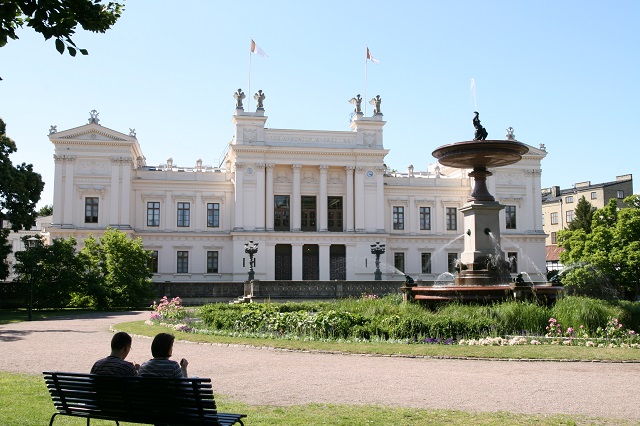 One of the important sightseeing destinations of Sweden, this University of Lund is said to be nearly 1000 years old. In the site, another big tourist attraction is the church called Lund Domkyrka which was built in 1103!

What a spectacular show! I think more than the Lund University and the cathedral, it is the astronomical clock that attracts hordes of tourists.

Very well put together. Thanks for sharing info about these amazing places.