Best Places to Visit in Africa in 2021 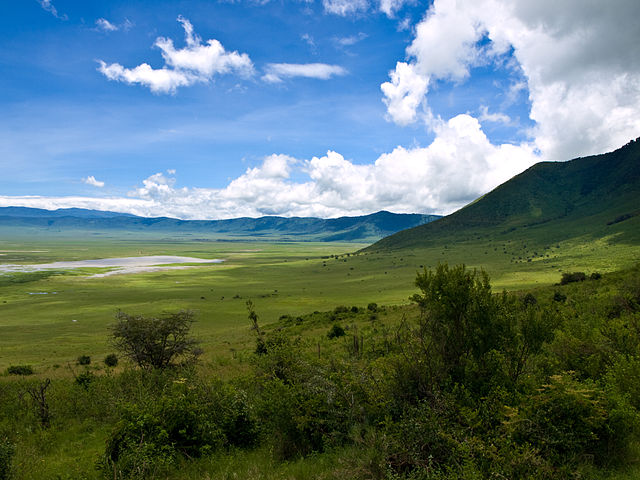 The entire continent of Africa is certainly not tour-worthy but the number of best places to visit in Africa is not matched by any single nation in the world. 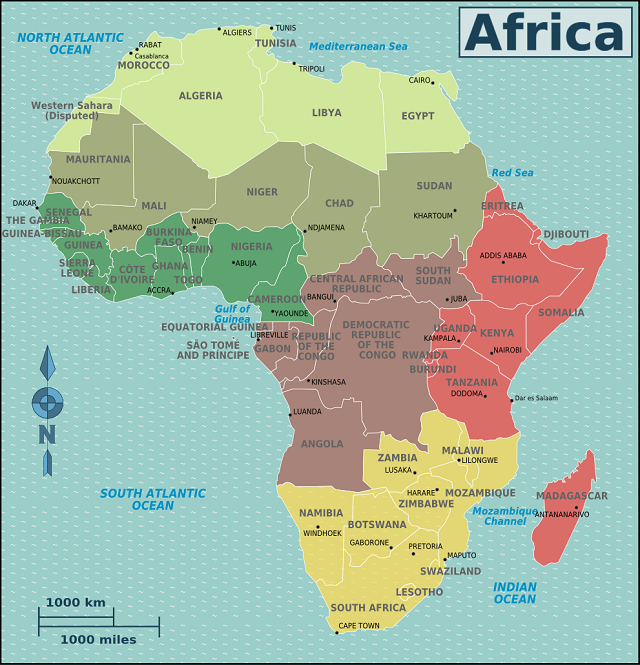 Therefore, whatever is your sightseeing interest, Africa has.

To the majority of the people, Africa throws challenges such as to what to see, where to go, and what to eat, etc.

9 Best Places to Visit in Africa

From my earliest memories of Africa, I am fascinated by the life and style of pigmies. Additionally, though I was terrified to look at the chimpanzees during my childhood, I remember reading Congo is the home to true African Gorillas and Chimpanzees.

If you are interested in meeting pigmies, eat with them in front of their humble huts, learn how they hunt, you have to choose Congo where the real native Africans live.

To see the silent Gorillas and funny Chimpanzees, you have to make a trip to Virunga National Park, the very first national park in Africa.

One more big attraction of Congo is Mount Nyiragongo, an active volcano. The crater is situated at the summit that stands at an altitude of 11,000+ feet! 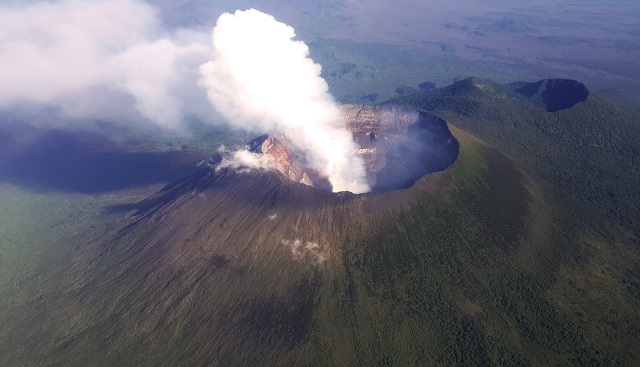 The crater has a lava lake! Do you know the width of the crater that you see in the above image? It is a mammoth 2 km wide.

Only in Congo, you can spot a very rare mammal named “Okapi”. Look at the picture and you will know what I am talking about.

The Okapi looks like a combination of Zebra and Giraffe-eh?

The other names of Okapi are:

Lake Kivu is another biggest tourist place in Congo Africa. 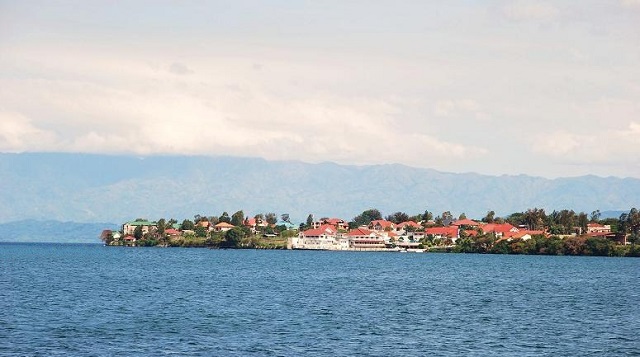 You cannot visualize its size buddy; it comprises an area of a whopping 2700 sq.km! By length, it measures 90 km and its width stands at 50km!

Another unique feature of Lake Kivu is its altitude which is 4800 feet! It is almost an alpine lake!

Lake Kivu is a freshwater lake and is located at the Congo and Rwanda border.

If I were to go to Africa, Congo will be my first choice. It is the best place to visit in Africa.

Mauritius is the ultimate paradise of an island in the Indian Ocean. It is part of the African continent.

Mauritius is home to some of the fascinating tourist landmarks that include: 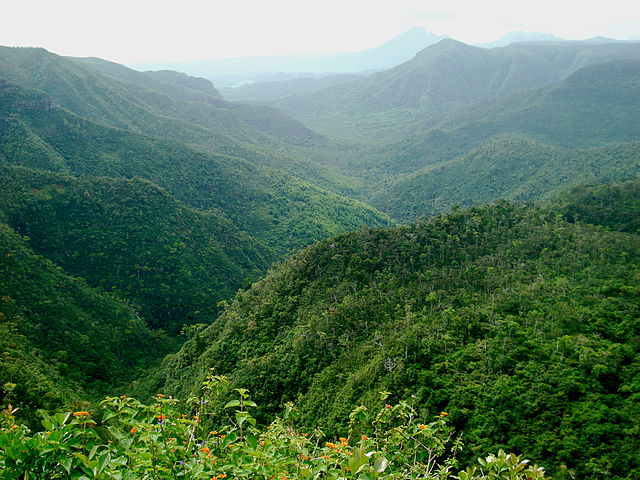 A trip to Mauritius Islands is a dream of millions of tourists as it is one of the best places to visit in Africa.

Mount Kilimanjaro is another dream destination for many people. Kilimanjaro, the most filmed attraction in Africa stands tall and picturesque.

Climbing up to the peak by trekking is the most pursued activity by the tourists. Some energetic and strong people walk all the way up (19,000+ feet) but others too can climb from shorter starting points.

When trekkers reach the summit finally, they will let out an audible gasp because of the breathtaking view and the sight of the volcanic cones that once spewed molten lava.

Trekkers by the longest trail can spot typical African wildlife that includes:

To see the mount Kilimanjaro, you have to fly to Tanzania, an African nation of untold beauty.

Kilimanjaro is one of the highly visited, best places to visit in Africa.

That’s the spectacular Victoria Falls in all its stunning grandeur.

Victoria Falls are located between two African countries, Zambia and Zimbabwe. It is the Grand River Zambezi that is falling as Victoria Falls.

In the video above, did you notice the large width of the falls? It is an imaginable 5600 feet! That amounts to 1.7 km!

Victoria Falls is a UNESCO WORLD Heritage site in Africa.

This is a place called “Devil’s Pool”.

Can you see two people in the pool? A very dangerous place really-eh?

Victoria Falls is one of a best places to visit in Africa. Surely, I hope I can say it is on the list of ‘Best of Africa-right?

Here is a sample of their terraced rice fields. 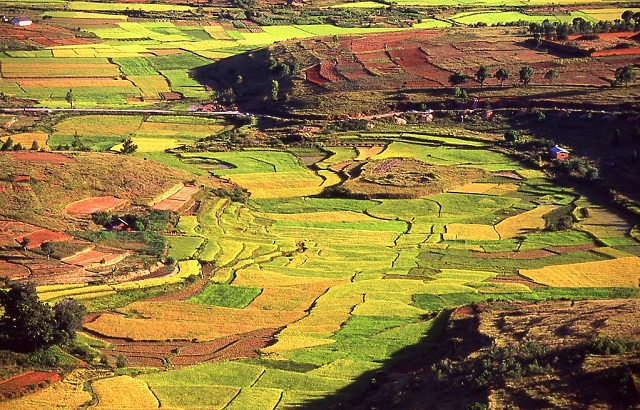 The rainforests of Madagascar. 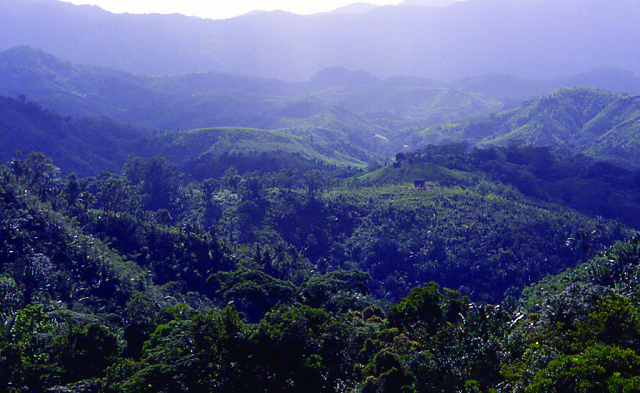 If you are a lover of rainforests such as the dark and dense Amazon rainforests, you would instantly fall in love with the rainforests of Madagascar.

Look at the picture above; isn’t the lush rainforests with an indication of rain looming over the canopy, inviting?

Can you imagine the value of such a large rainforest to the flora and fauna? 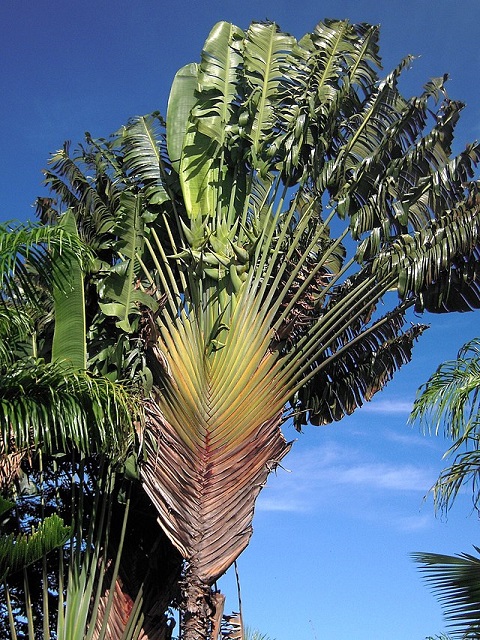 Do you think any bird or mammal living in the tropical rainforests of Madagascar would ever leave the country looking for greener pastures?

No! Certainly not. That’s why the fauna of Madagascar are endemic up to 95%!

Here is an example of an endemic mammal of Madagascar.

To name just a few:

Places to see and things to do in Madagascar:

This national park is one of the biggest attractions in Madagascar. 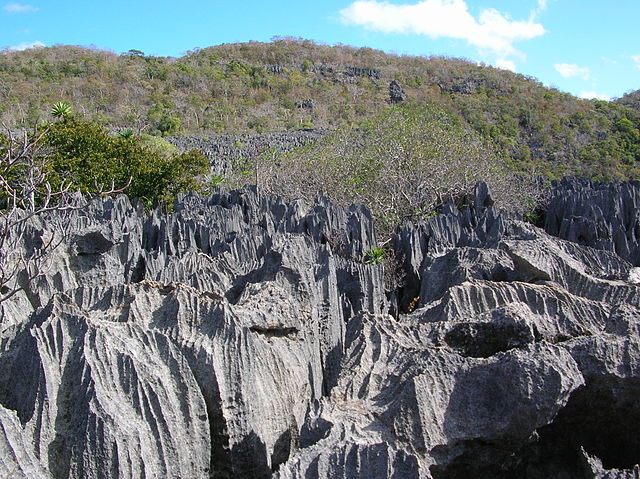 Madagascar is in fact an essence of Africa. Whatever you wish to see in the entire African continent, you can find them in Madagascar Island.

Simply put, Madagascar is certainly the best of Africa. 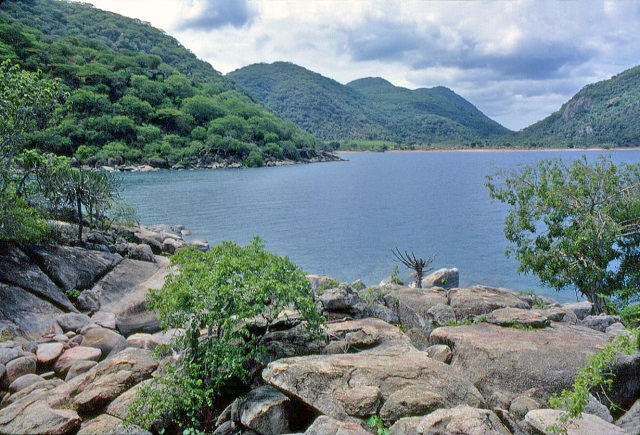 The picture of Lake Malawi above doesn’t do justification to its mammoth size. Guess what? How about its length that measures an awesome 580 km? Its width is 75 km at its widest point.

The size of this lake alone makes it a world wonder and is certainly one of the best places to visit in Africa.

Though the lake occupies a major portion of Malawi, an African nation, it flows into its bordering countries also that include Mozambique and Tanzania.

Do you know Malawi’s previous name was “Nyasaland”? 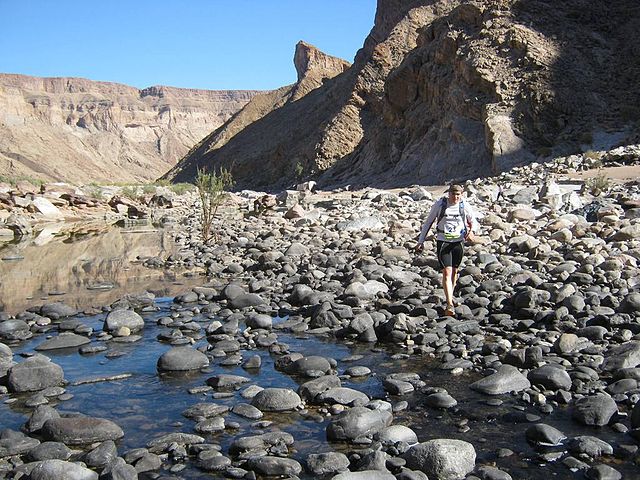 This canyon of Africa is one of the foremost tourist attractions of Africa. Human beings are always awestruck whenever they see a vast area of emptiness.

We are used to seeing buildings, forests, and oceans. When the three of them are missing, the emptiness makes us gasp.

Fish River Canyon can be seen if you go to Namibia, an African country. The ravine when looked down is dizzying because its bottom is situated at 1800 feet! Obviously, the bottom is invisible.

The canyon was an outcome of natural erosion by the Fish River.

Take a stroll along the canyon for a few kilometers. If you want to have an aerial view the entire canyon, hop on to a helicopter.

Note the word, “Impenetrable”. Here is the proof for that.

This is a real African forest teeming with parasites, mammals, birds, and reptiles.

If you can identify at least a dozen species of plants, you will realize it’s a primeval forest which means an aged forest but still intact with evergreen flora.

The biggest tourist attraction of Bwindi Impenetrable Forest is the gorillas. This is probably the only place in the world where you can go on a guided gorilla trekking. Instead of traveling in a safari jeep, you walk through the forest to see the Gorillas at a very close range.

Visit the African country of Uganda to penetrate this dark forest. This is a UNESCO World Heritage site.

If your search is on for the best places to visit in Africa, certainly, Bwindi Impenetrable Park should be added to your list of top tourist spots in Africa.

Well, no one needs to entice you to visit the Masai Mara National Reserve, the absolute best of Africa. If wildlife spotting is your game, then, there cannot be a better place in the world.

The great migration of wildebeest is world-famous wildlife watching the spectacle and it happens in the Masai Mara area, Kenya. 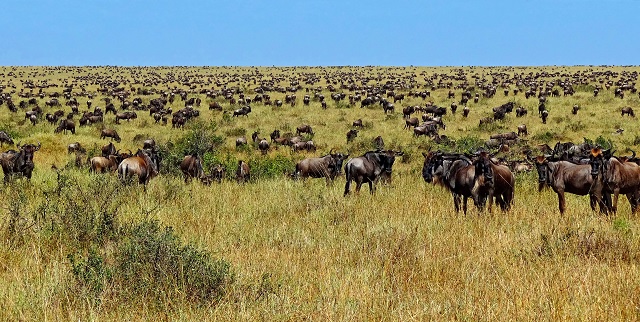 There fore, The Great Migration is considered as one of the animal kingdom wonders of the world. More over, The wild animals of African cross over nearly 800 km in the Masai Mara region.

When you go to Kenya to witness the great migration of wildebeests and zebras, you can also go to the bordering Serengeti National Park in Tanzania.

So, how do you like these best places to visit in Africa? Don’t you agree this list is the best of Africa?

Slovenia Travel: 14 Best Things To Do In Slovenia

Why Canada is the World Most Beautiful...