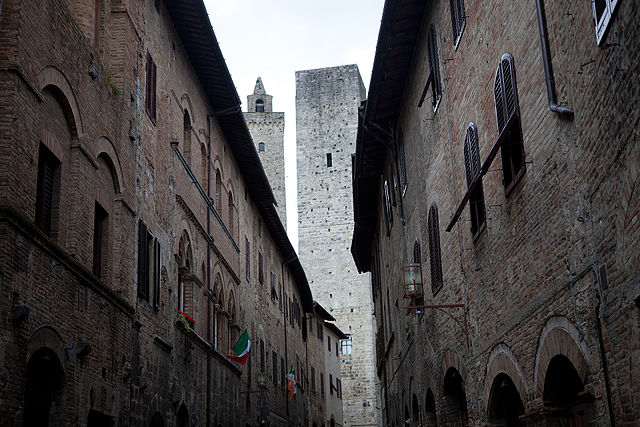 Tuscany – one of the best Traveling Destination is a popular cultural landscape in central Italy, bordering on the south by Latium, on the north by Liguria and on the east by the Marche and Umbria. Tourism is one of the most important sources of income for the inhabitants of Tuscany. The main tourist attraction is Florence, Uffizi, the cathedral and many Renaissance palaces. Other popular destinations are Pisa, Siena or San Gimignano.Many travelers associate Tuscany – a beautiful Traveling Destination allures tourists with its beautiful parks, Roman thermal baths and cozy Italian towns, each of which is surrounded by the aura of secrets and ancient legends.

PLACES OF INTEREST IN TUSCANY

To see all the galleries and museums of Florence – the capital of Tuscany, you need at least a week. The beautiful historic buildings have been preserved in the city, in many of which are today transformed as magnificent exhibition centers. Here in Tuscany is also one of the most beautiful parks in the world – Boboli Gardens. A must for any Tuscany visitor is of course the leaning tower of Pisa. In Siena one can not only enjoy the unique medieval architectural monuments, but also visit the famous Palio horse-racing. In the surroundings of Siena there are several nice towns and villages. 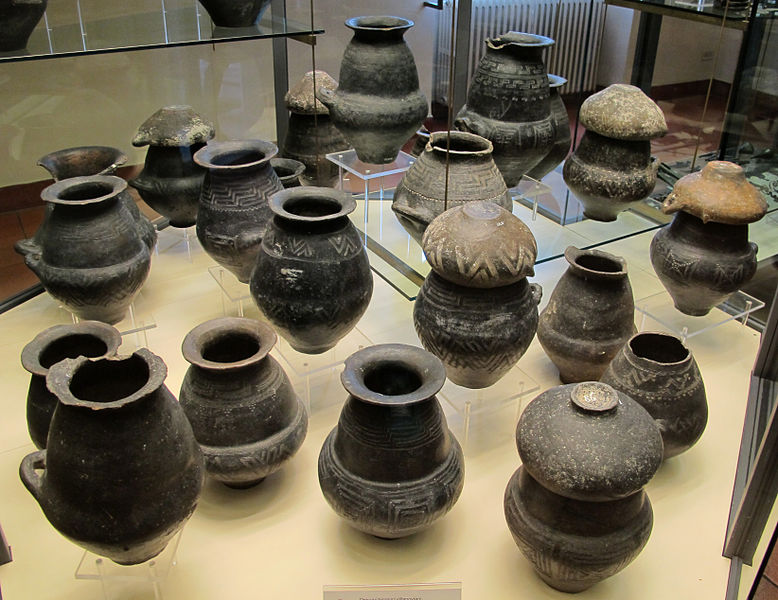 The town of San Gimignano of Tuscany  is often called as the city of towers, incredibly beautiful place – the valley of the Orcia river, the town of Bagno Vignoni are the ancient Roman thermal baths are some of the most important places to visit in Tuscany, an excellent Traveling Destination. In the country you can find many nice hotels, they will like the tourists who like the recreation in the nature and the hikes. The bicycle is the most popular type of transport among tourists who make a trip through the cities of Tuscany. During excursions you can see all interesting places, and enjoy beautiful landscapes of Tuscany .

The Excursions in the Vineyards

The excursions in the vineyards are also very popular. In Tuscany there are several large vine-growing centers. In addition to the wine types there are always nice restaurants and wine cellars. Here one can taste the best wines and buy bottles as travel souvenirs

The coastal town of Viareggio is considered a modern recreation center. The party fans and connoisseurs of the magnificent restaurants and hotels have landed just right here. The shopping friends will not be bored, in the city you can find the most diverse trade centers and boutiques. The town of Cortona can be recommended to the holidaymakers, who want to nestle in the harmonious atmosphere of the Middle Ages. The beautiful palaces, cathedrals and castles are the main attractions of this magical Italian city. 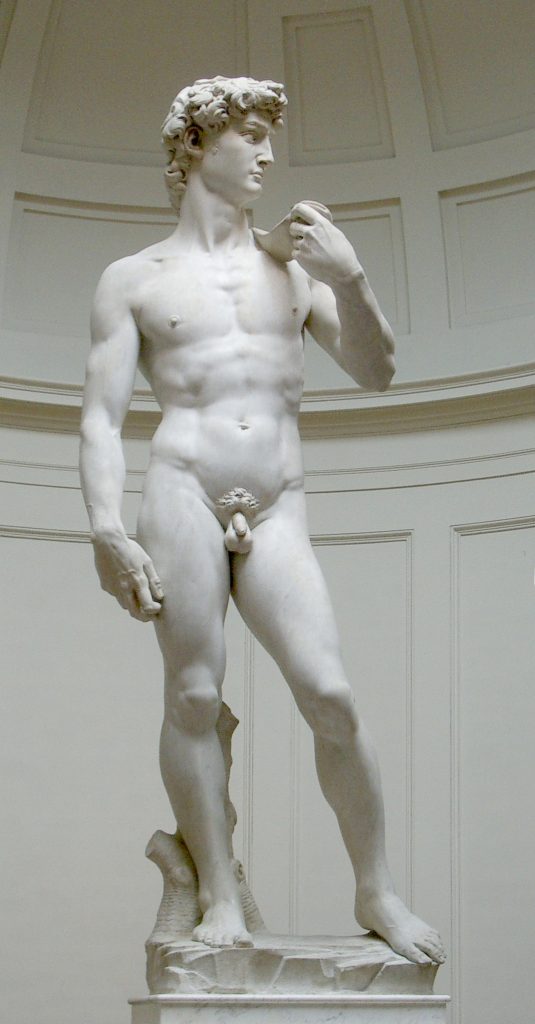 A “HELLIC” RESERVE TO LARDERELLO

When you walk along the beautiful roads between the Val di Cornia and the Val di Cecina and suddenly see the vertical white columns of the river, you will find them in Larderello, a small town in the Porvinzano of Pisa, famous for its so called geysers.

The vaporized clefts in the earth, the absence of any vegetation, the white rocks and the towers of the geothermal centers make this area look almost colossal: this inhospitable place has been called “Valle del Diavolo” for centuries.

The first records of this area with this phenomenon have been conveyed by the Greek author Licofrone (270 BC). The Etruscans later aroused a flourishing trade with the boric salts, which were deposited at the edges of these water fountains. These salts were used both for the pharmaceutical sector and for the production of various lacquers / enamels. In the eighteenth century, under the leadership of the Grand Duke of Tuscany, the first industry were created which used borax for pharmaceutical purposes. The company “Larderel” from Livorno opened the industry for the mineral salts of the region, which also gave the name “Larderello”. The energy produced by these geysers began to be exploited in 1842. Today, 10% of the world’s geothermal energy is extracted in Larderello. With its 4800 GWh annual electricity, Larderello’s power generation is even named in the Guinness Book of Records.

The Beautiful Landscape of Tuscany

The landscape is characterized by a number of natural events, among which one must distinguish.

We speak of “geysers” when violent water vapor columns rise from the earth by natural or artificial cracks. These are very hot liquids which are under high pressure and consist of water vapor, hydrogen sulfide, carbon dioxide, methane, ammonia and other substances. The “fumaroles” are cracks in the soil, from which there escapes with much less pressure and thus forms sulfur-containing vapor; These are called “putizze”, which means “stinking steam”.

Do not miss the very interesting Museum of Geothermal Energy (Museo Nazionale della Geotermia). The entrance to this museum is free and about 60 thousand visitors per year come here to get to know the history of geothermal energy since its inception. Inside you will find a small covered lake with a steam column which serves to demonstrate the visitors very impressively the power and the escape of the steam.

MONTELUPO AND ITS FAMOUS CERAMIC

Not far from Florence, near the town of Empoli, is Montelupo Fiorentino – a must visit Traveling Destination, a small town located on the southeast side of the Arno, whose streets are decorated with colorful mosaics, fountains, sculptures, with beautiful shop windows of the small craft shops. Many of these shops still produce, these masterpieces for centuries, has made the place world famous. The places of the “street of ceramics” (strada della ceramic) were known for their flourishing craft and industry for the production of glazed ceramics, the “majolica”, used to decorate vases, plates and also basins.

In the Renaissance Montelupo was one of the most important centers for the production of ceramics in the Mediterranean and was able to compete with the beautiful Spanish works! Thus the Montelupo developed its very own, very decorative style, which was called the “Renaissance style”. Their great success was further emphasized by the financing and support of some of the most famous Florentine families of the time, such as Antinori: many members of this great family gave the craftsmen large orders for a variety of vases. 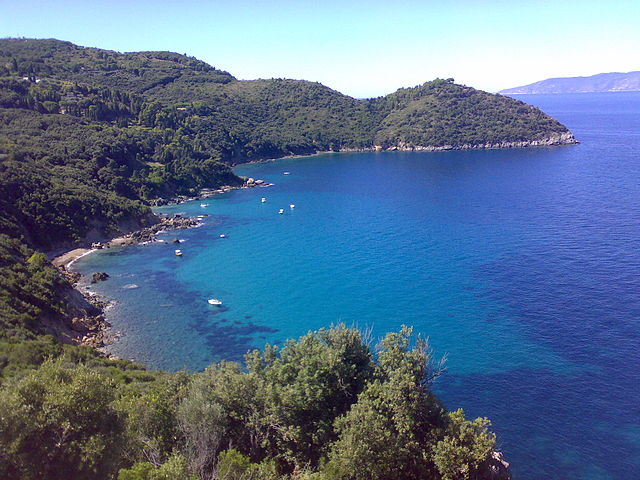 A TOUR OF THE BEST MUSEUMS OF FLORENCE

In Florence, among others, The Uffizi Museum, certainly one of the most important museums in the world meant for exhibitions of paintings. The “Uffizi” is the largest museum in Florence, followed by many other very important and beautiful museums, monuments and excavation sites. On the 8th of March, the doors of all the state museums, archaeological sites, villas and buildings of historical interest to women will be opened free of charge to commemorate World Women Day.

This is a wonderful opportunity to make a cultural trip to this beautiful Tuscan metropolis.

MYSTERY, MAGIC AND GHOST: THE CASTLE OF LARI

Just 30km from Pisa is the medieval town of Lari. Here you will find the beautiful Villa Nespolo where you can spend a fantastic holiday. Historical sources tell the story of the 7th century, even if it was then rebuilt several times. Every family that came into the possession of this castle changed them somewhat according their taste. In the Middle Ages many bloody battles were found, and in the 16th century, the castle was the seat of the Holy Inquisition court and had many torture rooms and prisons. It was used as a prison until the Second World War. The castle was part of the Artistic Heritage of Tuscany until 1991 and you can discover the incredible historical value of this beautiful castle.

Over this castle where hundreds of people have died, there are many legends and many stories of ghosts are told, and they still believe they are walking through the corridors of the castle.

One of these stories concerns Gostanza da Libbiano. She healed people with herbs and other natural remedies, and was therefore condemned in 1594 for sorcery. They also said that she had slept with the devil and that she had killed a young man with herbs. Therefore she was imprisoned and was tortured until her body and her psyche were destroyed. Since then one believes that their spirit of this woman occasionally visits the castle, chained and dressed in rags through the walls of the prison and that her screams echoed the whole valley. 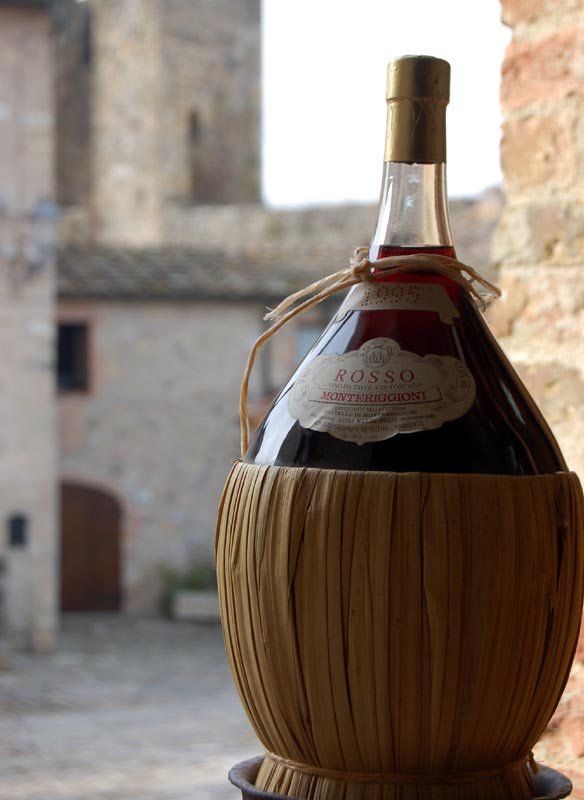 Giovanni Princi also called “Rosso della Paola”, a peasant who was imprisoned in 1922 because of his anti-Fascist ideas, and who hanged himself in his cell. At first, people thought it was a suicide but later, they found out that it was murder. He was beaten to death by his prisoners, and then hanged. Not only the guardian but also the supervisor, who had seen the spirit of the “Rosso” in the castle, claimed that he was like a man wrapped in fog, and immediately afterwards he starts moving in the corridors of the castle and disappears.

Many visitors to the castle and tourists to see the Tuscany city are sure that they have seen strange figures that lies truly eerie. Come and visit this city to find out personally and stay in a villa in Lari.

Visit the castle that is open all year round. The opening hours are different and depends on the season. Plan a guided tour of the castle: entrance costs 3 euros.