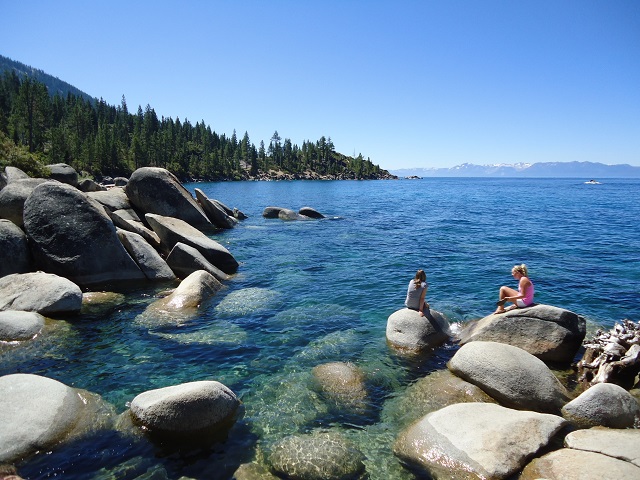 The United States is far too big to select only a handful of places that carry the attribute of ‘Beautiful’ proudly and clearly before their names. Do you think the American’s are not aware of those beautiful places in their own continent because of their infatuation with Europe? I must confess that to some extent that is evident from the large number of American tourists in European countries such as Greece, Croatia, Switzerland, and Romania.

Nevertheless, travel bloggers keep trumpeting their choice of beautiful places in the United States based on several metrics out of which the most weighted one is the number of ‘Likes’ of photos in Instagram and Pinterest.

Whether the Americans turn their attention on the beautiful sightseeing spots in the United States or not, they exist and beckon us.

As a travel blogger, here is my choice of 11 beautiful places in the United States that must be on an American tourist’s must-see list. I compiled this list after reading a number of reputed travel related sites.

These fiery red and orange rock formations are seen in Bryce Canyon National Park in Utah. The shapes of these naturally formed rocky spires can be attributed to so many things that we correlate and one of them is the Thor’s Hammer. This natural phenomenon must have occurred over millions of years of erosion.

Tourists would keep smiling all the way to Bryce Canyon National Park when they choose to drive through the breathtaking scenic road. The Bryce National Park is located at the rim of Paunsaugunt Plateau at an elevation of about 9000 feet. However, once the destination is reached, you should walk through the maze of orange, pink, and red pillars to truly enjoy the sight of spires in close-up.

The most number of tourists to the Bryce Canyon are spotted at very early in the morning to watch the sunrise that is said to be a spectacular sight. Sunrise over the Bryce Canyon is unmatched when compared to all the other sunrise watching points in the world.

Watch this woman tourist trying to capture the Thor’s Hammer in her camera in the blinding sun.

The natural carving of rock into hundreds of shapes is still being carried on by the sun, rain, and the icy wind during winter months. Another name that is given to such a rock formation is ‘hoodoo’. 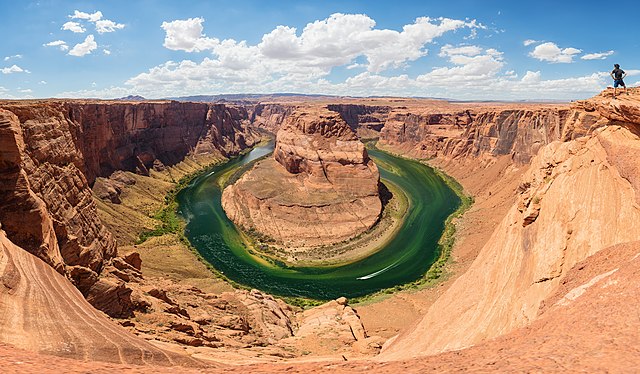 It is amazing that the River Colorado chose to form a horseshoe bend in the middle of nowhere that has become a big tourist attraction in the United States. 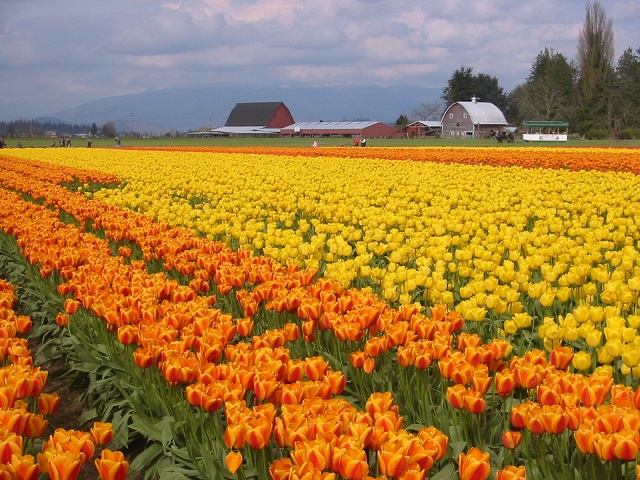 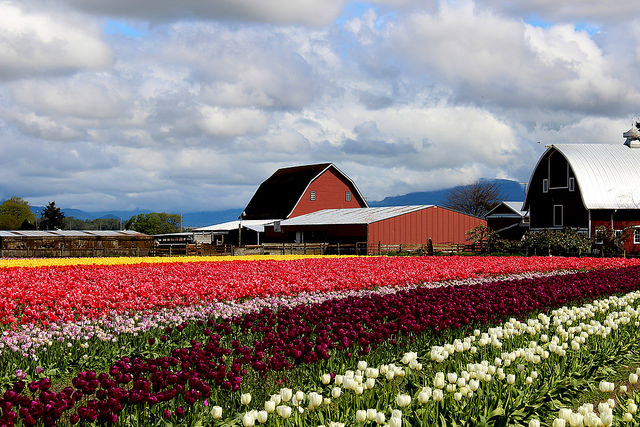 The purpose of posting two photos of Skagit Valley that is located in Washington State is to speak less about this beautiful place in the United States. I am sure these two pictures’ invitation cannot match a nicely-worded text.

It is better to plan your trip in the spring and summer season to let out an audible gasp when your eyes see the valley in full bloom. The valley is enriched by the Skagit River.

That hot water spring spewing fumes is seen in the Yellow Stone National Park, Wyoming, U.S.A. When you reach the entrance of the Yellow Stone National Park, you should ask for directions to go to Midway Geyser Basin that is situated at a height of 7300 feet. In spite of being a natural geyser, the bottom of the pit is at a surprising depth of 160 feet!

It will be a memorable experience if you visit this beautiful place in the United States.

Hawaii is the most precious possession of the U.S. being the most beautiful tourist spot in the whole continent. The video clip below is an ample proof of Hawaii’s beauty.

It is a breathtakingly captured video by the ‘Amazing Planet’. Of all the islands of Hawaii archipelago, the Kauai Island is said to be the most beautiful place in the United States with attractive streams and cascades, gorgeous valleys, and towering cliffs overlooking the sea below.

To reach the Na Pali, you will have to walk for 5 km on the Kalalau Trail, a narrow path running through the Na Pali National Park, Hawaii. Enroute the trail, you will come across two beautiful beaches namely Kee Beach and Kalalau Beach and the Hanakoa Valley.

Look at the tourists walking on the  Kalalau Trail with breathtaking views of the valley and the sea below. 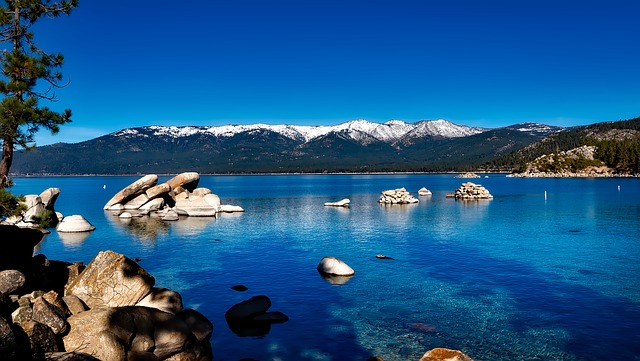 Lake Tahoe is located at the Sierra Nevada Mountains. The other major attraction near the Lake Tahoe is the Emerald Bay State Park and its stunning blue lake. 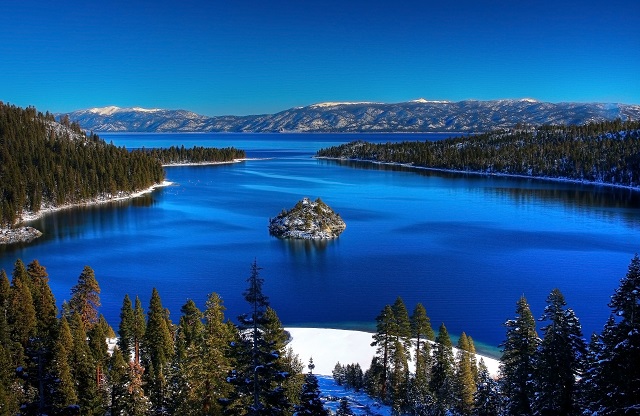 Don’t you think it is would be appropriate if it is called Sapphire Bay?

Though the best Northern Lights viewing point is in Europe, the state of Alaska in the U.S. doesn’t lag behind. Wherever in the world, the Northern Lights is seen only above the Arctic Circle. To watch the extraordinary cosmic phenomenon from Alaska, you first need to reach the Fairbanks city in Alaska. From Fairbanks, you need to find a way to reach Coldfoot village located in the Brooks Mountain Range.

Plan your visit to Fairbanks only from September to April in order to see the Northern Lights. Fairbanks city is a thinly populated one with just about 35k people living.

This beautiful place in the U.S. of South Dakota attracts thousands of visitors every year. Badlands National Park is visited for its wonderful layered rock formation. 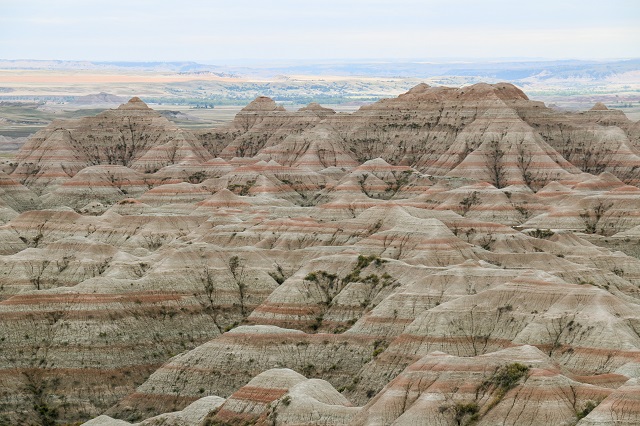 It is one more canyon in the U.S. with stunning landscape and scattered with tall spires.  Another added attraction of beautiful Badlands National Park is its meadows that occupies a vast area and is ideal for cattle grazing. Tourists visit various observation platforms for viewing the canyon. In addition, trekkers are happy to walk on trodden trails. The entire area looks like dry wilderness with no green. For some, it is a beauty of a different kind. Canyons have odd attracting power-right? 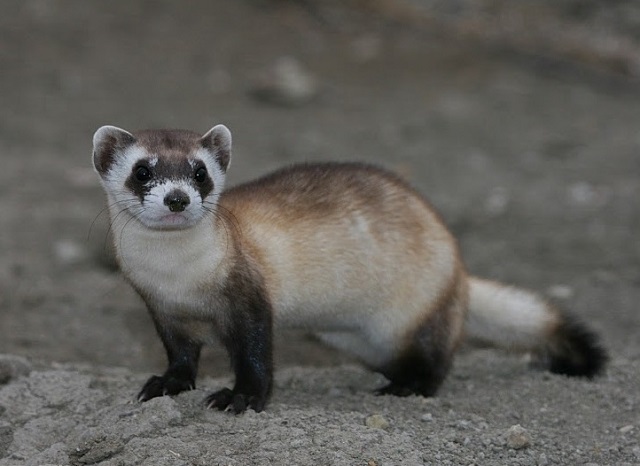 That is an endangered wild animal known as Black-Footed Ferret. The beautiful Badlands is its habitat. 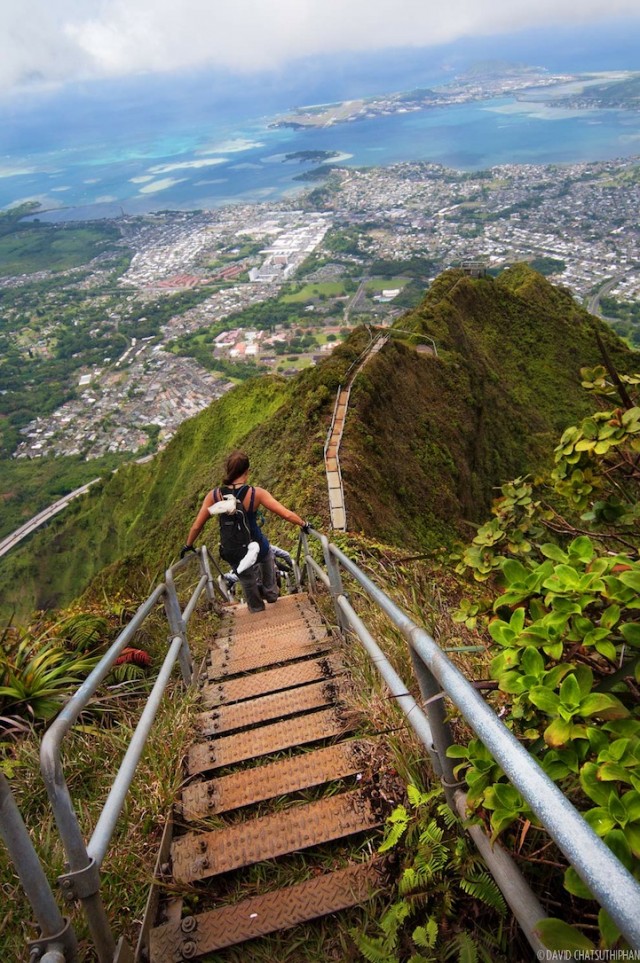 I am scared to even to look at the steep stairs leading to nowhere. However, the stairs are said to lead to Heaven. Oh, see it as a metaphor only.

It is one more unique attraction of Hawaii and is certainly a beautiful place in the U.S. If you want to test your strength by climbing all the 3900+ stairs, you will have to go to the Ko’olau mountain range, Oahu island in Hawaii. 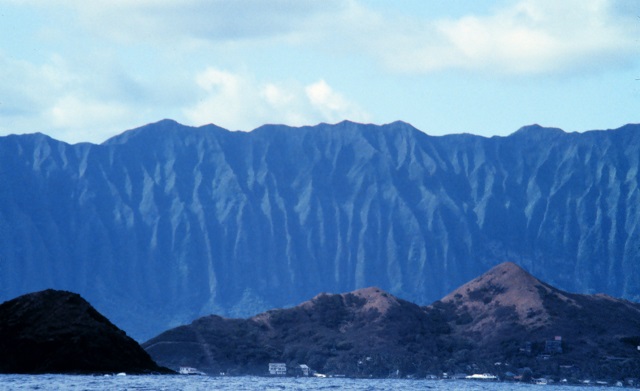 I don’t think many people would be willing to test their stamina. I too would be quite happy to watch the Haiku Stairs from the distance. 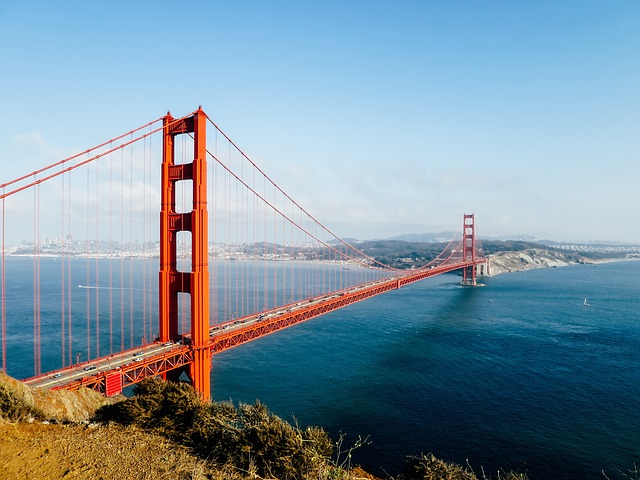 The Golden Gate Bridge connects the city of city of San Francisco with the mighty Pacific Ocean. It is a metal suspension bridge and is a major tourist attraction in San Francisco, U.S.A. You would have covered 1.6 km on the bridge from start to finish if you decide to walk. It’s a beautiful place in the U.S. that appears in films often. Before the Golden Gate Bridge was built, you can only cross the strait on a ferry.

Here is one more view of the Golden Gate Bridge captured at dusk. 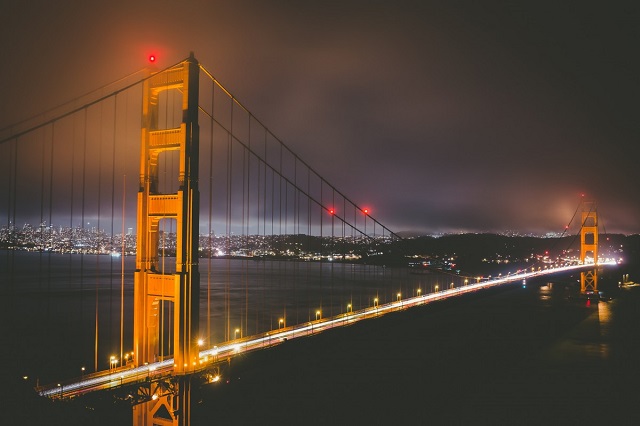 If you think I have left out some more important landmarks in the U.S., please let me know through comment form.