Florida is the most visited state by tourists in the United States mainly because of its sunny beaches such as Miami. Moreover, the Disney Island is located in Orlando city, Florida. In addition, there are several small islands off the coast of Florida that are thronged by island lovers.

Today, we skip all those popular big attractions of Florida and get to know some of the beautiful small towns of Florida. These small towns in Florida are known to offer superb hotels, delicious food and great drinks for a tourist. Within a day or two, they start liking the small towns so much that they think of relocating there for good. 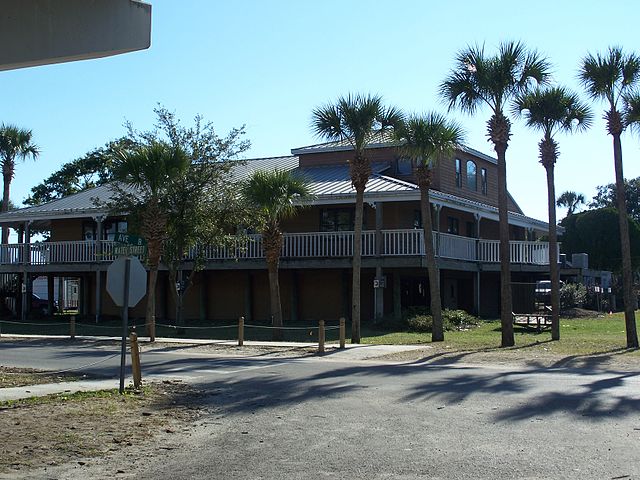 Looking at its location called Apalachicola Bay on the Gulf of Mexico and reading about its thin population, I would mark it on the top of the list of small towns in Florida to visit. In short, it would find a place on my bucket list.

Apalachicola town is also a gourmet’s paradise for the sumptuous seafood. Oyster finds its way in everybody’s plate. This small town in Florida is called the “Oyster Capital of the World.” I read that foody bloggers from as far as Michigan and Canada visit Apalachicola just to taste the mouthwatering seafood and share their experience and recommendation of restaurants in their blog.

The most popular restaurant in Apalachicola to taste the fried Oysters and Shrimps is ‘Papa Joe Oyster Bar’ located at 45 Ave D, Apalachicola, FL 32320, USA. To find out the daily special on the menu, you can call them at +1 850-653-1189 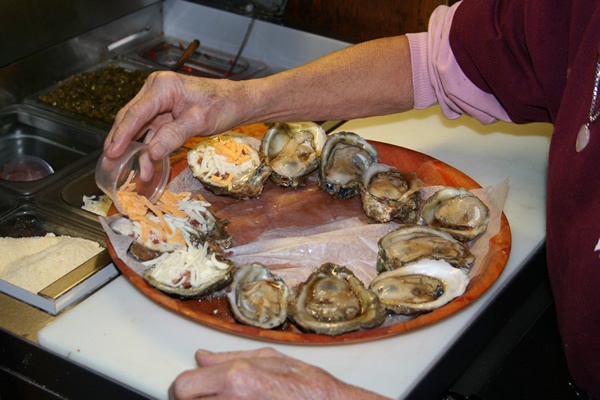 There is not much to see around in Apalachicola except a few museums and a botanical garden. As long as I am able to eat something unique, I am not bothered about sightseeing. Would you? 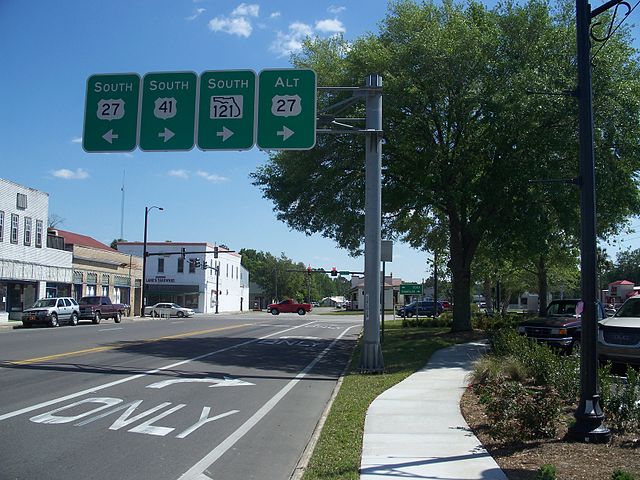 Have you ever heard of a festival called, “Peanut Festival” anywhere in the world?  Well, you just heard it from me. An annual peanut festival is a special occasion in Williston, a very small Floridian town with a population of less than 3000. The first Saturday in October is the day of the occasion.

Another attraction in Williston is the presence of latent springs that are great for diving enthusiasts. If you want to take a dip in the underground river ask for two spots called Devil’s Den and Blue Grotto. 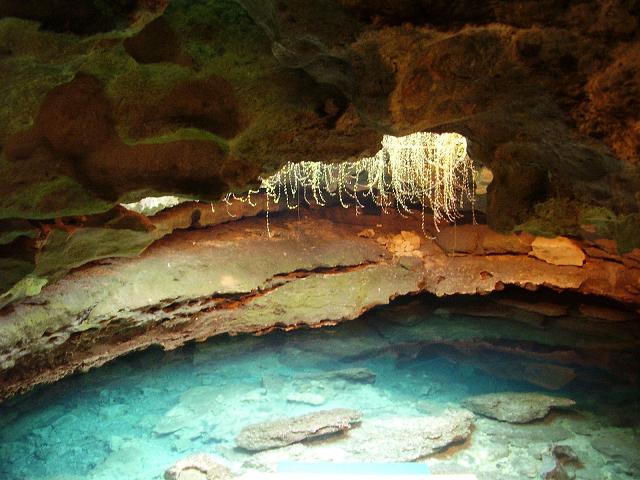 Blue Grotto is a ‘dive resort’ in Williston. It holds one of the clearest natural water and is a delight to swimmers and scuba divers.

Watch a video of Blue Grotto below.

These are rare natural wonders in the world that many of us don’t know. A visit to this natural cavern will be memorable and exciting even if you don’t test the waters. 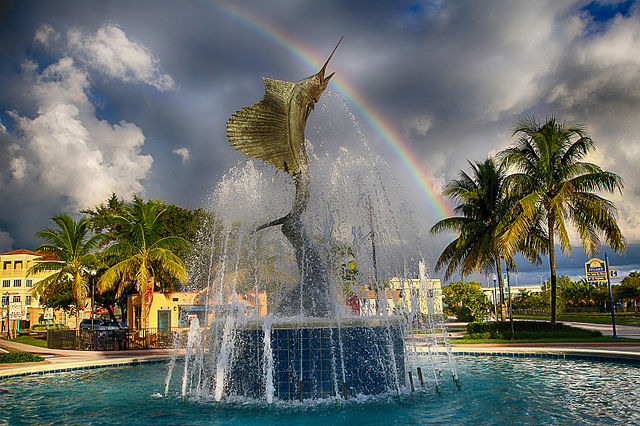 Stuart is a small town in Florida on the Atlantic Coast. Avid bird watchers frequently visit Seabranch Preserve State Park for birding and hiking to spot a range of butterflies. Such a small town, it is put on the marine life map by the sea turtles that build their nest. The St. Lucie Inlet Preserve State Park is taking a lot of efforts to preserve the amphibians.

Look at this strange fish below. 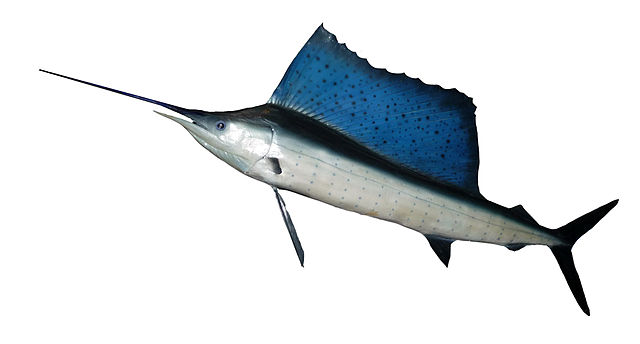 Doesn’t it look like wearing sail on its back? Yes, that’s why it is called a “sailfish” and they are spotted in large number in Stuart. It has earned a name as the “Sailfish Capital of the World”.

Stuart is a favorite coastal town in Florida among anglers. They target the kingfish and snook fish (common snook) with live fish baits.

Stuart offers other fun activities like sailing on the Atlantic and snorkeling.

If only you know when the Greeks started fishing the sponges in the Aegean sea, you will know why the small Floridian town Tarpon Springs has several Greek Americans. When the sponge fish started appearing off the Key West coast, the folks at Tarpon Springs also started harvesting the sponge. It was nearly at the same time the Greek got familiar with it on the water of Aegean Sea. After they became aware of the commercial success of ‘sponge diving’ and the abundance of sponge fish near Florida, the Greek fishermen started relocating to this small town in Florida.

Slowly, Tarpon Springs in Central Florida started becoming to look like a Greek town and today, one can shop for myriad Greek antiques in the shops of Tarpon Springs.

The Sponge Docks are a big tourist attraction and they started referring Tarpon Springs, Florida as the “Sponge Capital of the World.”

Today, the sponge we buy in a supermarket is not an original sponge but synthetic sponge.

After the Greek’s preference for Tarpon Springs, it is the Scotts that you can find in large numbers in the small town of Florida called ‘Dunedin’. Sure, Dunedin is beach town with a handful of attractions such as John Chestnut Senior Park, subtropical woods, and vast beach.

Dunedin as a small town in Florida is a peaceful place with a healthy climate. I read that many tourists found the place so much to their like that they had settled down in Dunedin. I think I know why there are many Scotsmen live in Dunedin.  Their congregation celebrates several Scottish festivities and carnivals throughout the year. 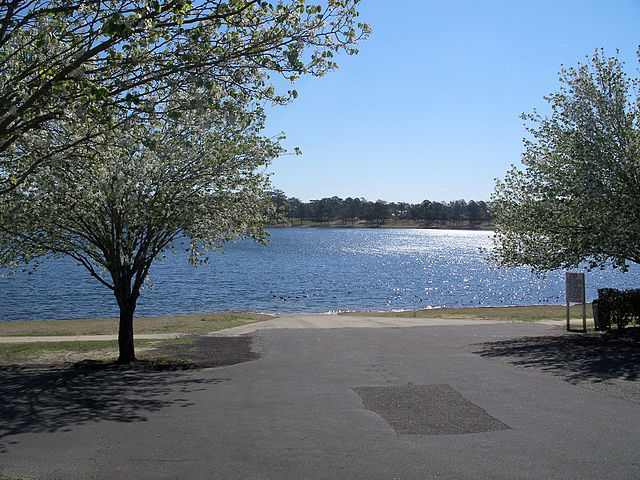 If you happen to pass this small town in Florida, just stop for an hour or two to take a look at Lake DeFuniak  and Lake Stanley Park.

Both the places are beautiful to spend some relaxing time.

Take A Breathtaking Train Tour in The Canadian Rockies

Things to Do in Lake Mead National Recreation...

This Is What You Need to Know Before...

A Guide to Campervans in India- Feelhome Motorhome

Cities to Cover on Your All American Road...

9 Most Beautiful Alpine Lakes in India

Best Travel Gear To Get Before Going...