12 Most Beautiful Valleys in the World You Must Visit

This blog post is all about the World’s most 12 beautiful valleys you must see.

If you ask any hill station lover about what he likes exactly in a hill station or which aspect of a hill station that lures him to visit, 90% of the replies would point out to the pleasant weather during summer.

The next most attraction factor in any hill station is its valleys. The gorges that sometimes filled with mist but most of the times they reveal their bottomless stomach will invariably take your breath away-right?

The valleys can be of various types such as:

All the three kinds of valleys attract us; I like the forested valleys the most.

Let us visit some of the breathtaking valleys in the world. 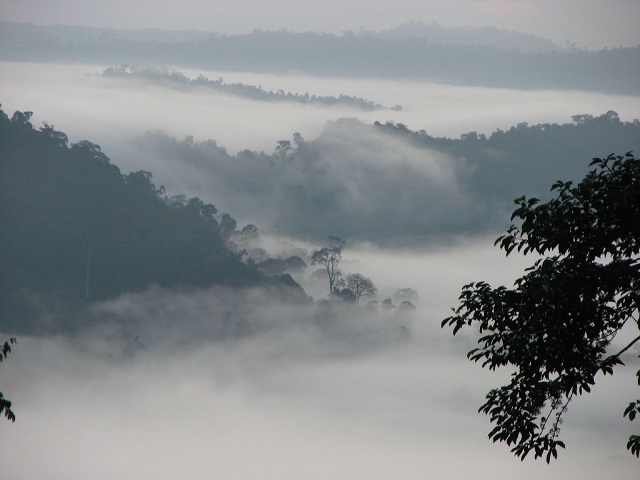 As I wrote above, this Malaysian Valley is filled with thick mist at the time of taking the picture. I believe it was taken as the sun rose.

Known for its extensive and lush green trekking trails and a great range of flora and fauna, the Danum Valley attracts a large number of nature enthusiasts, ornithologists, trekkers, and forest walkers.

Africa is known for spotting world’s big animals and wildebeests. 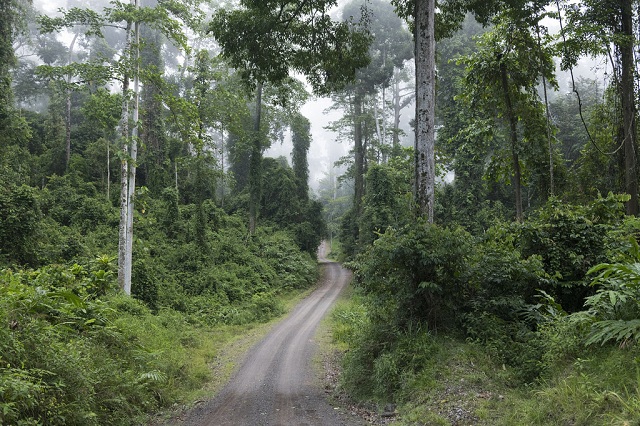 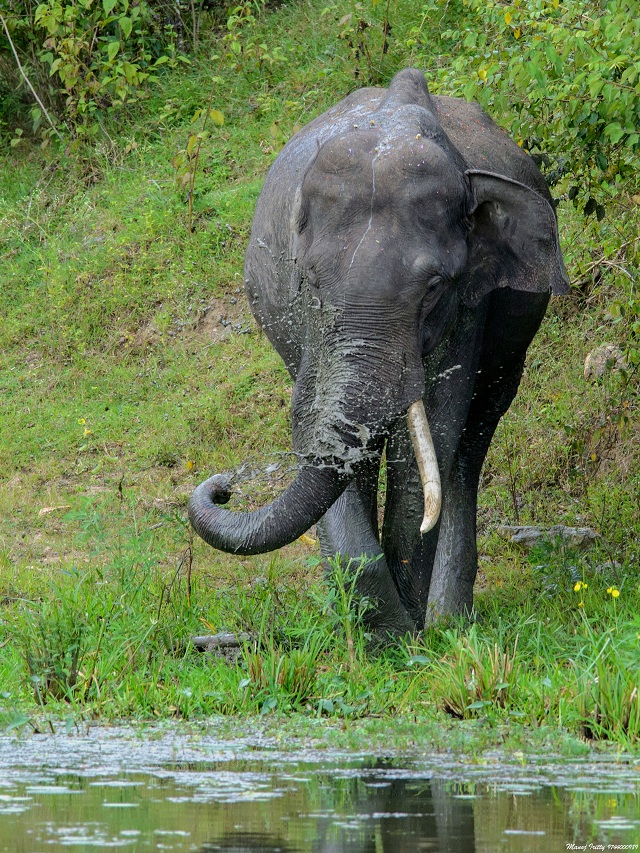 For bird watchers, the choice of spotting, identifying and recording the bird species is more difficult than wild animals enthusiasts as there are 270+ species of birds.

For trekking lovers, there will be several mountain walking trails and for nature walkers, jungle walking expeditions are arranged in the night.

Hawaii seems to be the ultimate travel destination. It has so much to offer for all kinds of tourists. Hawaii has stunning beaches, lush green tropical forests, volcanoes, lakes, waterfalls, and numerous adventure sports.

Waipi’o Valley is located in the Big Island, one of the several islands of Hawaii.

The above picture of Waipi’o Valley is taken from a height of nearly 2000 feet. It is scary to look at the earth from that height. I wonder whether that waterfall called Hiilawe Falls drop its contents from such a height to the earth. If that is so, the sound of the falling water will be deafening.

Another view of Waipi’o Valley 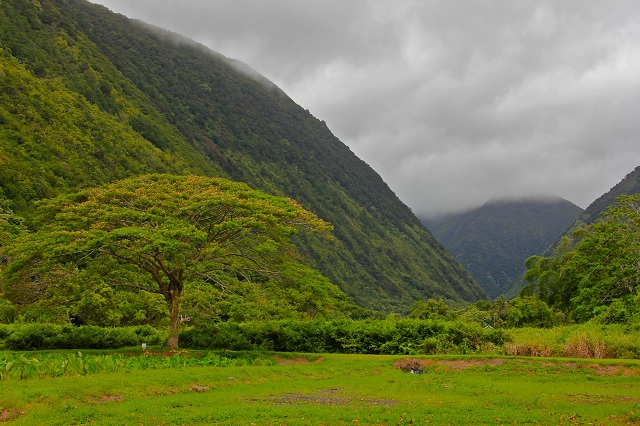 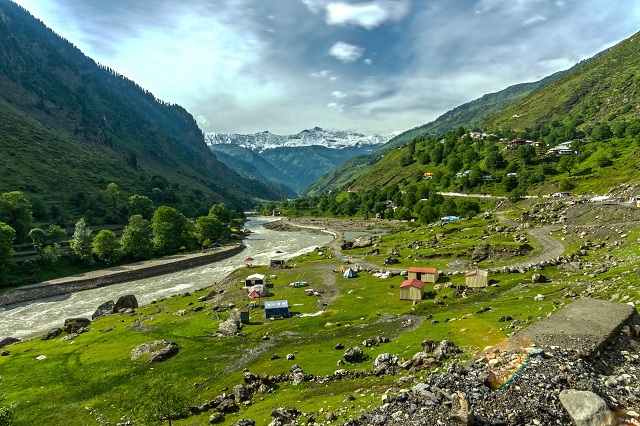 Kaghan Valley is a beautiful Himalayan Valley located in Pakistan. The mountain’s peak reaches up to the Babusar Pass situated at 13,700 feet!

This valley is famous among tourists of Pakistan. It has stunning scenes of rivers and waterfalls. The river that you see above flowing at the belly of the Kaghan Valley is called Kunhar River.

Look at this short video clip of traveling in the Kaghan valley. It is a well-made video capturing the right places of beauty in the valley and from vantage angles too.

The Californians are fiercely proud of their entire geography and especially the Napa Valley where the country’s best wine yielding grapes are cultivated widely.

Tourists mainly flock to the Napa Valley for a grand tour of vineyards and visiting one or two wineries to taste a long array of wines. 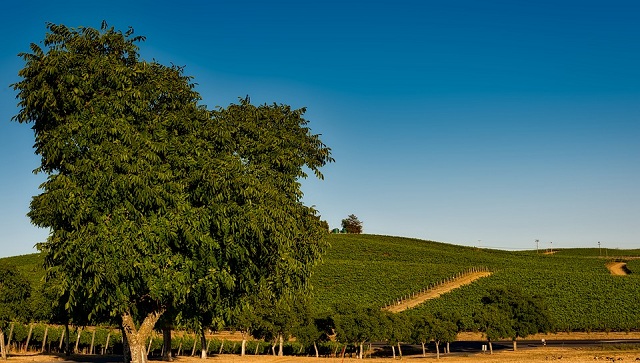 When compared to the beauty of other valleys mentioned above, the Napa Valley is certainly no match but it is highly popular among the people of California for its pleasant weather and the wines of course!

The name is credited to the source which is Verde River, a big source of drinking water to millions of Americans residing in and around the state of Arizona.

Certainly, it is not a green valley, an arid one rather but still a popular tourist place in the United States mainly because of its wineries and the wine tasting session that invariably terminates your guided tour of the Verde Valley and the vineyards. 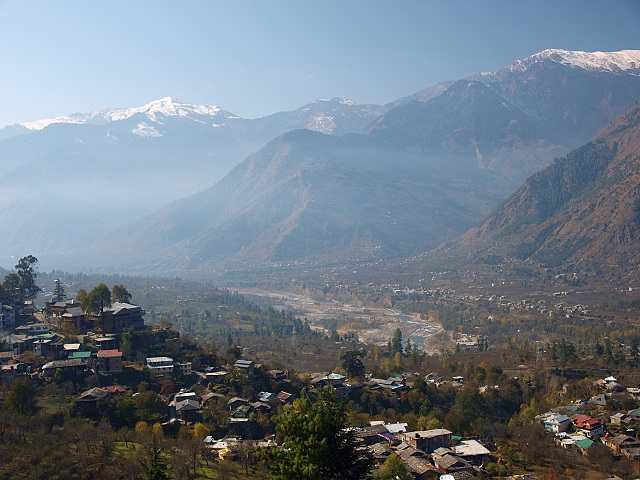 Ranked as one of the top ten beautiful valleys in the world, Kullu Valley is blessed with the gorgeous natural beauty of the Himalayas. Made green by the perennial Beas River, the valley is loaded with acres of apple orchards in the midst of tall pine and deodar trees.

It’s a major tourist destination in India that attracts thousands of Buddhists too for the monasteries.

It is one of the most beautiful places in the world and an important tourist attraction of China. 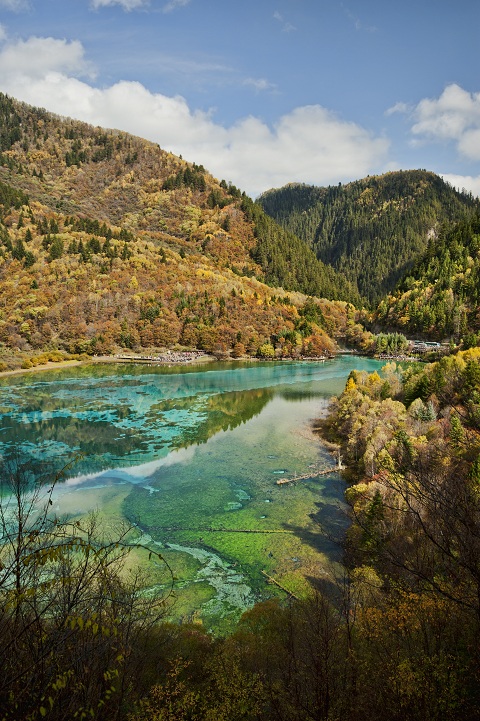 That’s the Five Flower Lake, that is visited by millions of Asian tourists every year.

The Jiuzhaigou valley is part of the Jiuzhaigou National Park that is located in the Sichuan Province of China.

The Valley of Geysers, Russia 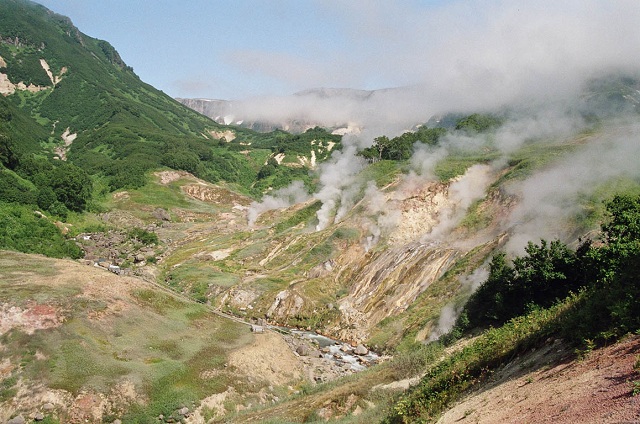 The white cloud you see in the image above is neither cloud nor mist. It is steam rising from natural geysers and hot springs. Numbering to as many as 90 natural geothermal water fountains, they are located in a Russian Peninsula called Kamchatka. The water thus erupts is because of the presence of Kikhpinych volcano. The erupting hot water with temperatures up to a mind-boggling 250 deg C, flows down the earth and into the Geysernaya River.

I wonder why the UNESCO has brought this under its protection because one can only view the natural steam erupting from the earth from a helicopter.

Look at this video below for a close-up of view of the steaming natural geysers. 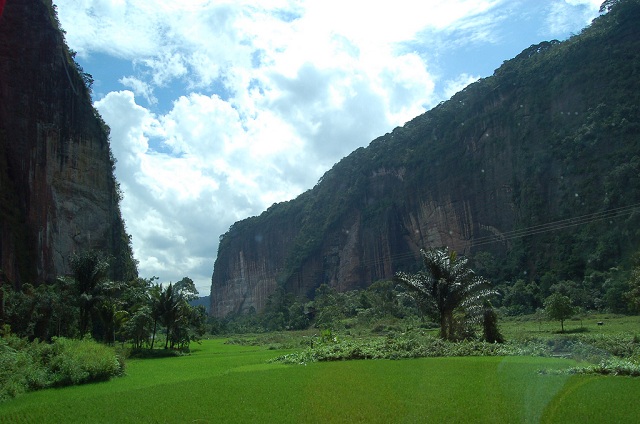 Yes, the landscape is breathtaking. The sharp contrast to the tall brown rock wall to the very greenish rice fields far below is a sight to behold. The valley is really vast, comprising an area of 670 acres!

The whole valley seems to be at peace and I am sure it is contagious to the visitors too who come to this valley to challenge their mountaineering skills or just to spot the wildlife that includes beautiful birds and several kinds of monkeys.

In South East Asian, this Harau Valley known as the Yosemite of Indonesia.

I am sure the Harau Valley a lesser known holiday destination in Indonesia where every tourist seems to be heading towards Bali, the most beautiful island in Asia.

The Harau Valley only 50 km from the Indonesian town named Bukittinggi. It is located in Sumatra, one of the islands of Indonesia. 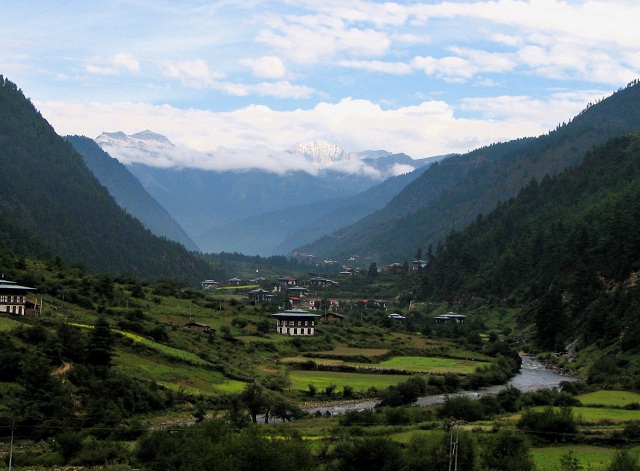 Oh yes! This looks like a typical Bhutan valley. Bhutan is beautiful all over. There is not a single speck of a place in Bhutan that you can say “ugly”.

There are countless valleys in the Himalayas. Every abyss when looked from a cliff is enchanting. You can hear your own audible gasp when you look at the Haa Valley, Bhutan. The Indo-China border is just a stone’s throw away from Haa district.

The entire atmosphere in this valley region is serene and beautiful. You can’t quickly take your eyes away from Haa Valley, Bhutan with the backdrop of two mighty Himalayan peaks the Jomolhari and the Jichu Drakey.

This is a unique valley in Hawaii. The Kalalau Valley is opening out into an ocean. Terrific sight! There is no other valley in the world like the Kalalau Valley because of the view of the long Pacific coastal area (Nā Pali) of Kauaʻi.

The whole of the mountain is covered densely with rainforest making it an exciting place to walk through and watch the beautiful birds of the Hawaiian Islands. 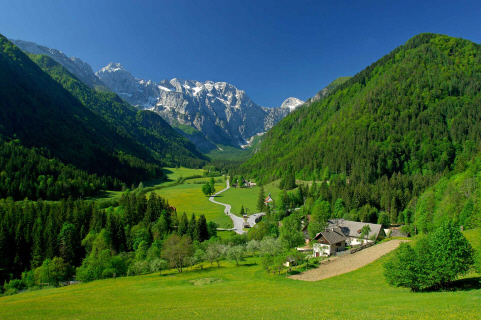 Isn’t it one of the greenest valleys you have ever seen? It is part of the lovely Kamnik Alps bordering Austria. The entire Lagar Valley is green carpeted. It is nice to such a green cover at this alpine height.

Renting a Car in another Country: Car Rental...

Here the Best Ways to have a successful...

How to Travel and Earn Money with Online...

11 Beautiful Villages in the World You Must...

8 Awesome Canyons in the World