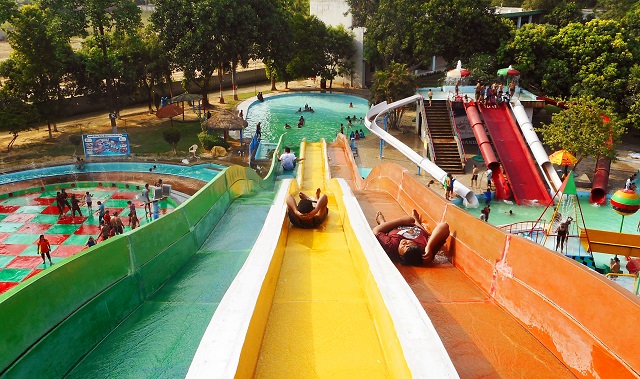 Which are the Best water parks in USA, that are the immediate targets for tourists?

There is still some summer left in the United States. The travel-starved citizens of the USA. are already visiting water parks in and around their states.

They are looking to travel long as visits to water theme parks are usually short. In just half a day to one full day, you can enjoy most of the slides and rides.

Therefore, a weekend trip is all the USA. residents will plan for a short holiday in any water park town near their city.

Following are the water theme parks in the USA. that are seeing crowds for the first time in nearly 16 months. Get to know their favorite water parks in the USA., add your choice to your wish list, and plan your holiday as and when possible. 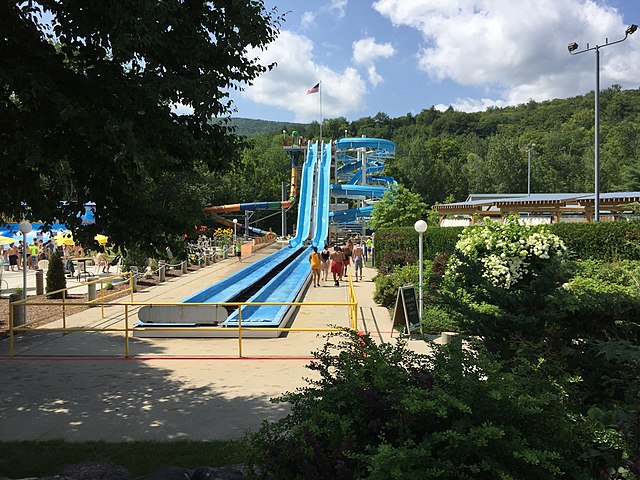 This water park in the USA. is located in the state of New Hampshire. Lincoln is a picturesque city in New Hampshire. It is in this city is our target Whale’s Tale Water Theme Park located.

There are only 11 rides and slides for all the age groups but this water theme park in the USA. has been in existence for twenty-five years!

Out of the several slides, the children’s favorite is a spiral slide in the shape of ‘8’. The slide from start to finish is 1200 feet in the overall distance that one would slide down.

There is also an artificial wave pool that is my favorite too.

Elders’ choice in this water park is known as the ‘eye of the storm’.

Eye of the Storm Water Slide

As you saw, the rider was sucked into the whirl (like an eye of the storm) and allowed to slide. I think this is a unique attraction in this water theme park in the USA.

There are cabanas to cool yourself.  Food and soft drinks are available in plenty. You can go to the water park with your children without any weight of home-cooked food. 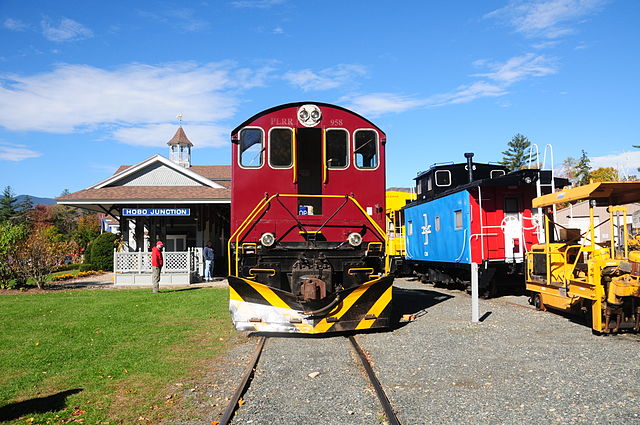 After exiting the Whale’s Tale Water Park, inquire around about the Hobo Railroad that offers a fun-filled train ride in the White Mountains.

You are assured of wholesome family entertainment in Whale’s Tale Water Park in the United States of New Hampshire.

It’s a water theme park in the United States that is located near its capital Washington DC. The exact location of the Water Country is in Williamsburg.

In order to indicate that it is a large water theme park in the USA., they named it ‘water country’. Nice idea-eh?

Twenty slides will keep the visitors inside the water country for a full day. Restaurants and restrooms won’t pose any worries for the adults and the children.

In this water park, there are more slides for the kids and children which make the parents happy. 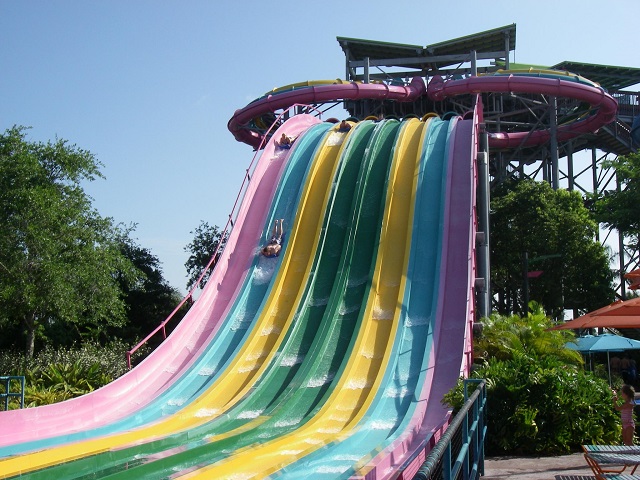 I believe the water park in Orlando is a highly preferred water theme park in the USA. because Orlando has several family attractions that can be easily combined by tourists.

In addition, Florida is in the middle of a very hot summer. Naturally, water parks draw crowds.

The stars of attraction of Aquatica in Orlando are the two large artificial wave pools including white sand beaches. Visitors would want to stay in the water for as long as possible instead of opting for water slides that give the cool feeling for a short period only.

The wave pools are made to look real with sunbathing chaise lounges and oversized umbrellas.

Among the slides, the Dolphin Plunge commands special attention because at the end of your slide into the pool that hosts real dolphins!

More than a dozen water slides are available with various challenges to the visitors but nothing risky. The Aquatica in Orlando is rather big that can receive and entertain more tourists than any other water park in the USA.

Children under the age of 10 are encouraged to take the smaller slides.

An extraordinary water theme park in the USA., this southern water wonder has been receiving several awards since its opening to the public in 2001.

The exact location of Dollywood’s water park is Pigeon Forge. From here, just eight km away, is the Great Smoky Mountains National Park.

Additionally, you can spend the other half of the day in the adjacent Dollywood amusement park.

You have to time your visit to the splash country because it closes in September only to be opened in May. Oh, I think they are open to tourists only during the summer.

Some of the fun water slides in Dollywood’s Splash Country:

The adjacent Dollywood Amusement Park can engage you for a full day with its numerous fun rides, coasters, and restaurants.

I am sure the video of the Wings and Waves Water Park in Oregon has convinced you to plan your next weekend trip to McMinnville, Oregon.

Don’t bother about rain or sun because this is an indoor water theme park in the USA. This means the season to enjoy the slides and rides in this water park is perennial.

There is a real Boeing aircraft installed on the roof of the Wings and Waves Water Theme Park’s homebuilding. Interestingly, there is a water slide from the plane itself!

There are two wave pools here, one is called the ‘Leisure Pool’ meant for the aged and one is called ‘Vortex Pool’ that attracts children and youth.

Sonic Boom is an open water slide that seems to be a big hit among children. It gives them a feeling of a daredevil adventurer.

Actually, I like the idea of an indoor water park-an all-season outdoor entertainment.

McMinnville is located about 65 south of the state capital Portland.

This is another indoor water park in the USA. and is one of the biggest attractions in the state of Michigan.

The water slides, the wave pools, and the inflatables for the children occupy a whopping 88 thousand square feet! You would require a full day of your weekend trip to Avalanche Bay.

The artificial surf pool seems to pull a large number of visitors. It is aptly named ‘Rip Zone’.

Hmm… It sure looks inviting. In addition, it has all the fun and thrill.  Further, it would launch your first wave surfing lesson.

Michigan being a cold state almost throughout the year, the water park’s water is maintained at a comfortable 29 deg C.

In order to enjoy more than 50 rides and slides in DreamWorks Water Park, an indoor water park in the USA., you have to go to East Rutherford,  New Jersey.

The huge complex of the American Dream is in turn part of the Meadowlands Sports Complex.

This young water park in the USA. was opened only 10 months ago in October 2020. Surprisingly the water park already offers 55 fun rides and slides.

The ‘Lazy River’ is now included in every other water theme entertainment center. Dream Works Water Park also offers a lazy river. In addition, you can certainly expect a wave pool, now a must in water parks. 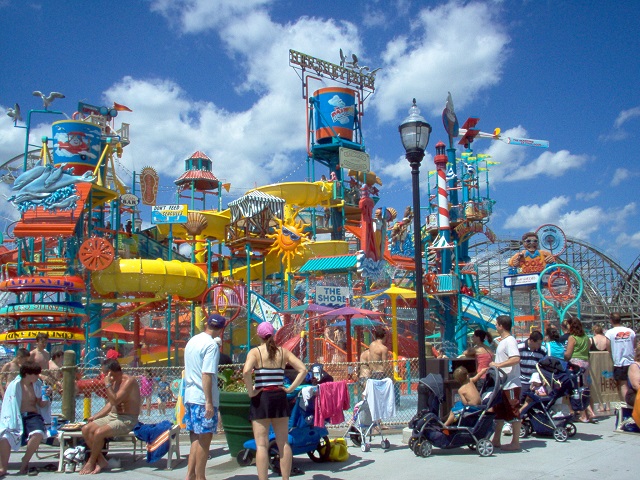 ‘Hershey’-does the name ring a bell? You guessed it right. It is a world-famous chocolate brand. The chocolate manufacturing company built this entertainment park exclusively for its employees as early as 1906!

The water park and the giant Ferris Wheel are located 150 km from Philadelphia.

Hershey Park is one of the American theme parks that has won the prestigious Applause Award that is given to the best-maintained theme parks in the world.

The state of Indiana in North America is generally known for its hot climate. Therefore, the water amusement park is a must for the permanent residents of Indiana.

The safari-themed water park is known for its two huge water coasters named Wildebeest and Mammoth.

Of course, there is a lazy river and two wave pools in Holiday World & Splashin’ Safari Water Park, Indiana.

This year summer is especially seeing big crowds in all the water parks in the USA. because the world is opening up after 16 months of lockdown.