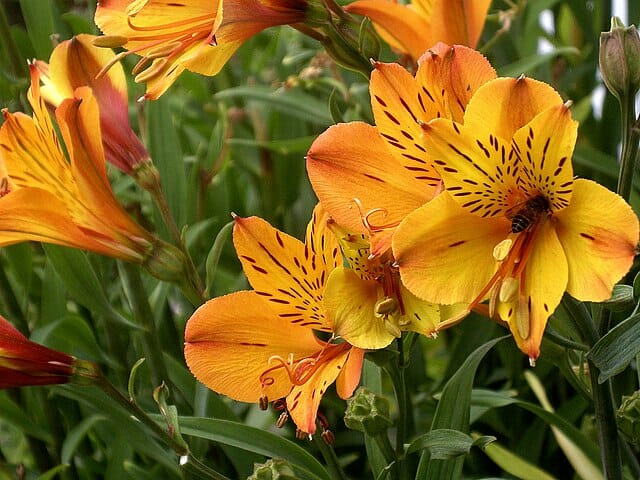 There are about 18 biosphere reserves in India. What is a biosphere reserve declared by UNESCO? It is a prestigious status awarded to sites/places that possess a specific ecological aspect. It is a broad term and diverse sites get this award which makes the site touristy.

The focus may be on diverse and unique geographical sites, places where endangered wildlife is spotted, endemic flora, and rare geological phenomena that occur are some of the parameters the UNESCO checks to decide whether it is a biosphere reserve or not.

The purpose is to conserve the existing plant, wildlife, and geographical conditions and make them examples of particular ecological aspects as examples so that they act as referral models.

Who gives this award?

UNESCO’s Man and the Biosphere (MAB) arm is responsible to identify sites that are biosphere worthy and awards the status.

How many biosphere reserves are in the world?

There are over 700 biosphere reserves in the world?

How many of them are in India, one of the top most tropical countries in the world?

A total of 18 biosphere reserves are recognized and awarded in India.

In this blog post, you will come to know about all the 18 biospheres in India. This includes the national parks in India. 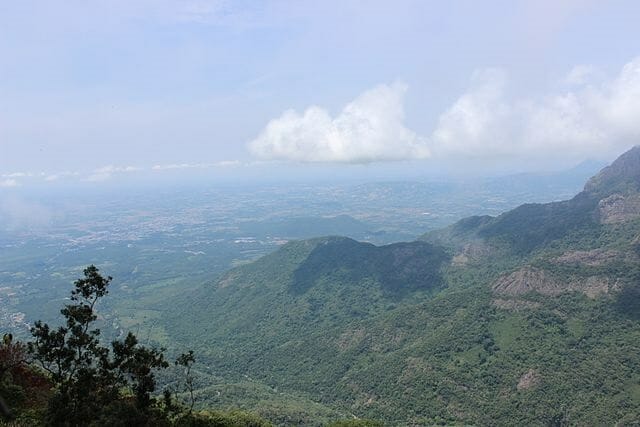 The western ghat mountain range begins from Tamilnadu state and extends as far as Maharashtra state. It is a broad range covering several places of unique geography including the Niligiri Hills, Mudumalai wildlife sanctuary, Silent Valley, Wayanad, Nagarhole, and Nilambur. These places are spread over the three south Indian states namely Tamilnadu, Kerala, and Karnataka.

Apart from an extraordinary range of flora and avifauna, the Nilgiri hills are coveted habitat for several tribes that include:

The main aspect of the flora is the wildflower species that are numbering 132 and all are endemic to Nilgiri BR!

The numerous pockets of shola forests act as a habitat for hundreds of bird species, insects, and butterflies.

Several bird species are also endemic to this BR out of which one strikingly blue bird caught my attention.

Of the numerous mammals, the Nilgiri Langur is seen in large numbers.

Nilgiri Langur-it looks scary to me.

Wayanad wildlife sanctuary which is part of the Nilgiri BR is a top spot for wildlife watching, especially the species of eagles and vultures.

If you want to see a tiger in its own den, the Mudumalai and Sathyamangalam forests are great bets.

Nagarhole National Park is a wonderful place for river bank holidays as three rivers flow through this region. Kabini, Teesta, and Lakshmana are the three rivers that flourish in the area.

Generally, the Mudumalai and Sathyamangalam road trips either from Mysore or Erode offer wildlife sightings such as elephants, tigers, and several species of monkeys.

If you make Mysore your base, you can travel to several Nilgiri Biosphere Reserves. A minimum of 10 days are required to explore the BRs in depth. This includes several interactive sessions with the tribal groups living in these diverse forests and hills.

Now, we move over to the Himalayas. The route from Rishikesh to Badrinath falls under this BR. All the small towns in the Uttarakhand State provide ample habitats for Himalayan birds and animals that are used to living in severe snow conditions.

The small towns of Chamoli, Pithorgarh, and Bageshwar are the important pockets of Nanda Devi BR.

Nanda Devi peak is a popular Himalayan summit that is located at an altitude of over 25,000 feet!

The average elevation for this large national park is 11,500  feet. This means the flora and fauna fall under the ‘alpine’ category.

Another unique aspect of Nanda Devi National Park is it covers the most beautiful Valley of Flowers, a UNESCO World Heritage Site.

The endangered Himalayan Musk Deer can be spotted even as you drive through this region up to Joshimutt (Joshimath).

The stunning-looking Fir tree species are the majority of flora in Nanda Devi BR.

If you are an ardent mountain lover, you should go with a guide who will show you all the 18 Himalayan Peaks that are covered under Nanda Devi National Park in India.

Trishul and Nanda Kot are very important summits on this side of the Himalayas.

Dehradun city should be your headquarters. You can reach this city by flight. Another option is Rishikesh which is connected by rail from New Delhi.

The snow-clad mountains, endless meadows, and tall trees in Nanda Devi NP will steal your heart. The extreme beauty will sweep you off your feet!

Places of interest in Nokrek BR

So, the major reason for the inclusion of national parks in India into the Indian biosphere reserves is the inexplicable cave system.

Garo Hills in Meghalaya comes under this BR. It is one of the less-traveled biosphere reserves in India because of accessibility issues. By air, the nearest airport is Guwahati which is more than 120 km from our destination.

The same applies to train journeys but the distance by rail route from Guwahati is 210 km!

Surprisingly, in this biosphere reserve in India, the Andaman Islands are not included though the Nicobar islands are always mentioned together with the Andamans.

The start attractions of this BR are:

How to reach the Great Nicobar?

The Gulf Mannar comprises all the oceanic areas between Rameswaram Island and Sri Lanka and part of the Maldives where it faces the Laccadive Sea.

This covers the mythological Ramar Sethu (Adam’s Bridge) and the surrounding small and uninhabited reef islands.

Additionally, the marine life and coral reefs of Mannar Island also fall under this biosphere reserve in India. It is interesting to note that Mannar Island is connected to mainland Sri Lanka by a causeway.

All the marine lives of Mannar Marine National Park are part of this BR. There are as many as 24 islands adjoining the Gulf of Mannar forming habitats for countless marine creatures that need to be protected to maintain the ecology and thus the creation of the biosphere reserve.

Apart from the water body, the mangrove forest along the shores accounts for diverse wildlife such as birds, reptiles, insects, and amphibians.

Larger marine life includes several species of whales, dugongs (sea cows), and rare species of dolphins. Moreover, while taking a ride on a glass-bottom boat, you will be able to see sea cucumbers, sea sponges, and the very rare ‘scaphopods’

Your destination to see the Gulf of Mannar biosphere reserve is Mandapam, a fishing village on the east coast of India. Madurai at 130 km is the nearest airport. Incidentally, Mandapam where the glass-bottom boat ride is offered has a railway station too.

Agasthiar Malai is located almost at the beginning of the long Western Ghats in Tamilnadu. The major reason for the formation of this biosphere reserve in India is several wildlife sanctuaries that fall under this BR.

These wildlife sanctuaries support lush green forests and a great range of animals and birds.

Several districts of Kerala and Tamilnadu are covered in this BR.

Apart from protecting the wildlife, and medicinal plants in the Agasthiar Hills (Malai), the intention of forming the BR is to preserve the cultures of Kanikaran, an ancient tribe.

Agasthiar Malai is also known as ‘Pothigai Malai’ a revered hill range that is said to have been the first land when the earth was created.

Agasthiar Malai is home to several Indian sages who are still living in the remote forests doing penance.

These are the top 6 biosphere reserves in India. While some portions of these 6 national parks attract the bulk of the tourists, the large remaining part is obscure as of now. It is due to a lack of awareness that keeps the visitors away.

Where are Those Butterfly Parks in India?