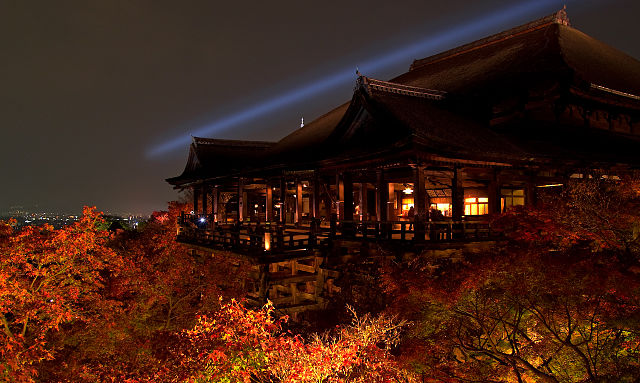 Japan is visited for thousands of attractions by the Asians, the prime attraction being the Buddhist temples of Japan. The two main religion in Japan are Shinto and Buddhism, the former has been in existence since ancient times (worship ancestors like Indians) while the Buddhist religion migrated from India in the 6th Century AD.

Japan, the country of technological advancement beyond comparison attracts tourists mostly from Asian countries because of two major reasons: 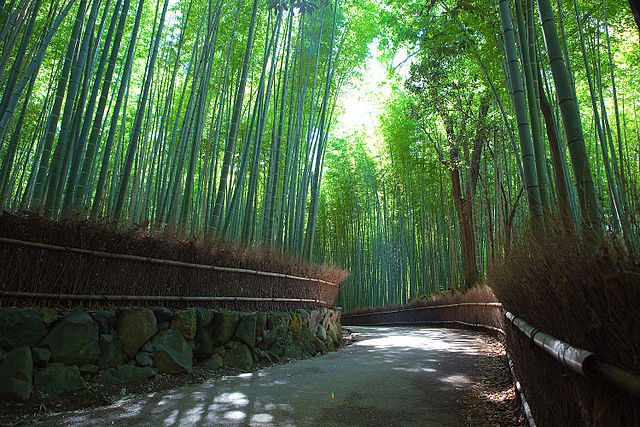 If you and I from other countries do not want a reason for walking through this stunningly serene bamboo path, imagine the natives whose Tenryu-Ji temple is accessed through this beautiful bamboo forest.

At the end of the bamboo path, you will find the Buddhist temples. The religion of this temple is said to be Zen Buddhism. 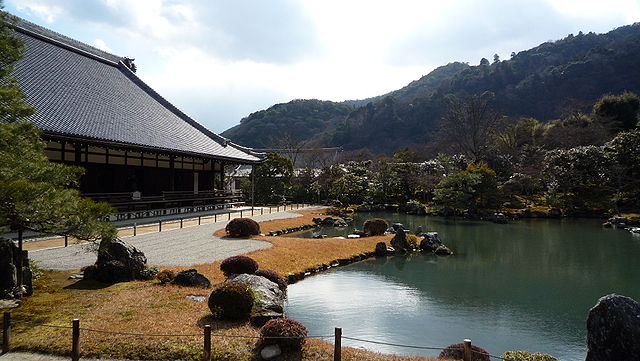 The Tenryu-Ji temple is located in the Kyoto Island. The exact area of the location is called Arashiyama, a very picturesque place situated at the base of a mountain.

Other places to see near Tenryu-Ji temple: 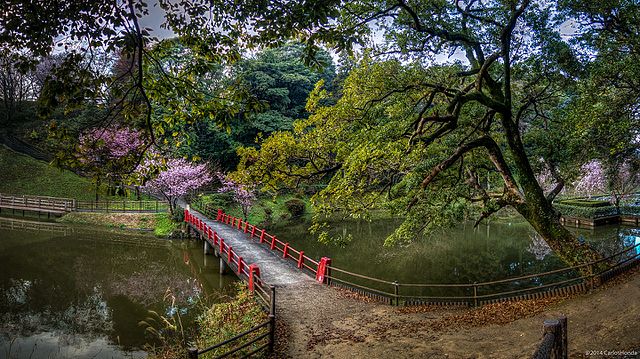 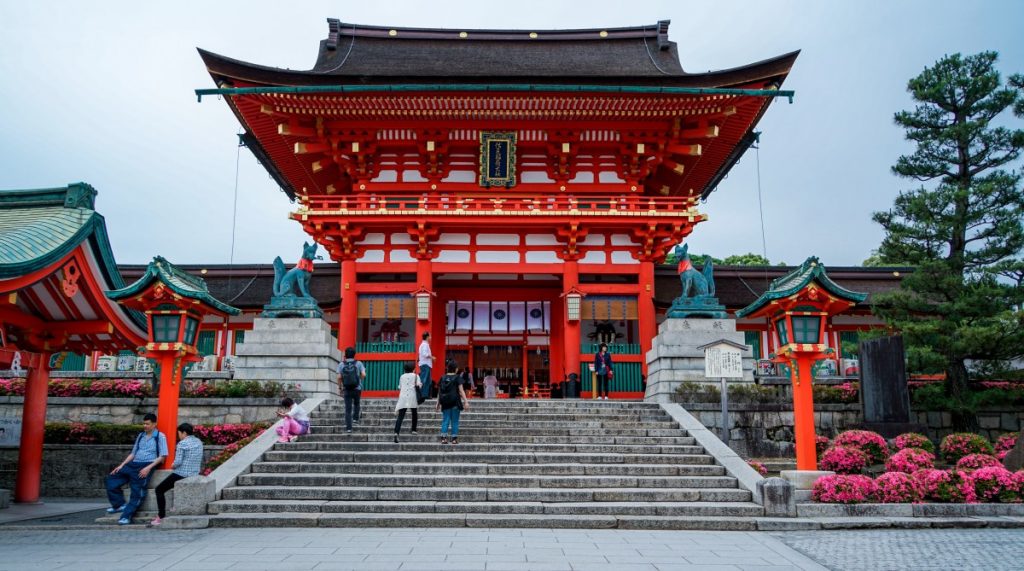 Kiyomizu-dera  another Buddhist temple that is located in an ancient part of Kyoto (eastern Kyoto) city and it is a UNESCO World Heritage Site. The most interesting thing about this temple is its meaning and the Goddess it denotes to. “Pure Water” is the meaning of Kiyomizu-dera; the Japanese worship the Goddess of Mercy in this temple. I could detect a tinge of Greek culture here. The Japanese are sincere when they pray. I have seen their faces become intent and focused.

Kiyomizu-dera temple has been in existence for the past 1200 years! Wow! Then, it must be a revered temple in Japan. 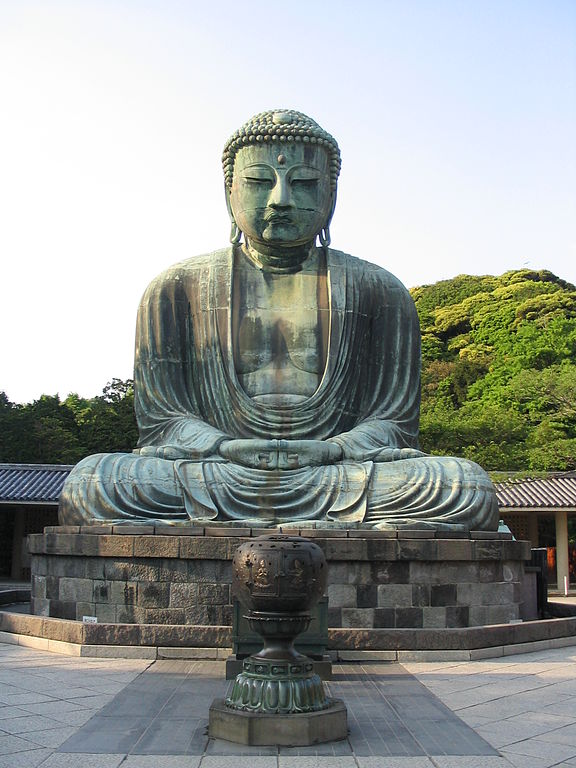 See, as I have written earlier about the similarities between Japan and other Asian countries, especially religion and culture, this giant Buddha statue resembles some of the God’s statues in India too.

This statue is referred as the “Great Buddha of Kamakura” because of the name of the location which is Kamakura, a coastal city near Tokyo. These Japanese Buddhist temples must be 1200 years old as per the history records.

Kamakura is a big pilgrimage center because of the presence of several Shinto and Buddhist temples, the leading among them is the Giant Buddha temple.

The giant Buddha statue is nearly 43 feet tall. Since it takes time to visit this magnificent Buddha temple in Kamakura, Japan, there are more than 10 restaurants for the benefit of tourists and worshippers. The restaurant that was reviewed about 90 times is called, “Sangosho” that serves Japanese and Indian cuisine. 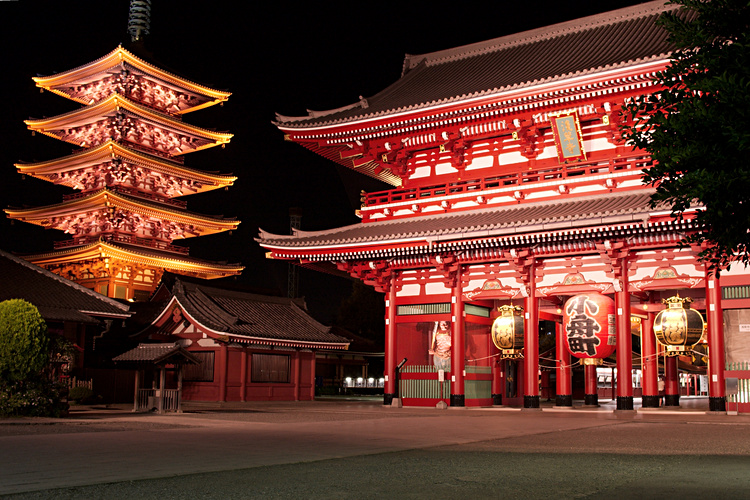 If you are on a guided tour in Tokyo, the first stop will be the big Sensoji Buddhist temple, in Asakusa, Tokyo, Japan because it is the oldest landmark in Tokyo’s religious circle and very significant too.

Because of its popularity as a tourist attraction, several stalls have come up at the entrance of the temple selling myriad things such as snacks, memorabilia, and trinkets that the Asians love and buy them in large quantities as gifts to take back home. 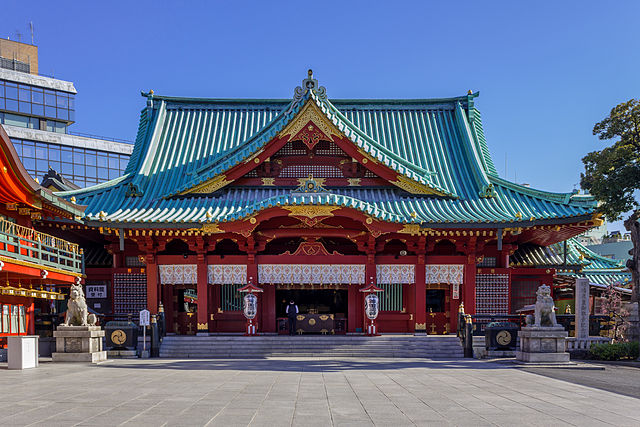 Looking at the elevation of the Buddhist temples in Japan, I would get confused as they all look same to me. In additions, the upturned edges of the roof are invariably painted in red to confuse a tourist further.

The Shinto temple in Japan is located conveniently in a busy area called Chiyoda in Tokyo, Japan. It is about 800+ years old.

This Kanda Shrine is visited for praying for fortune and flourishing business. Both the natives and the tourists from other countries are enticed to buy ‘charms’ to ward off evil spirits. Ah, another belief like Indians! 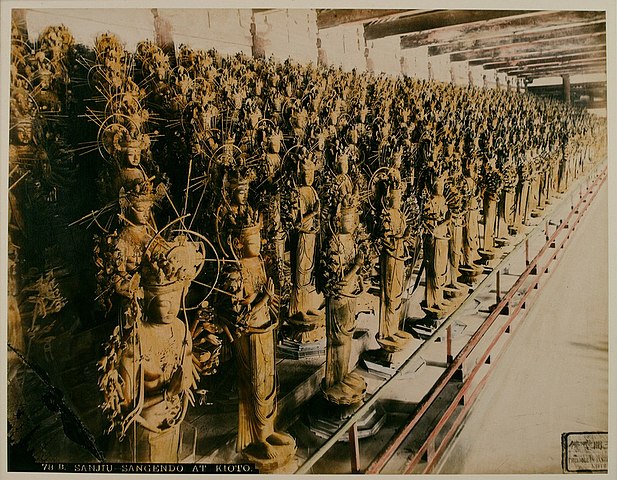 This temple in Japan has been in existence since 1264 AD.

Sanjūsangen-dō follows the Tendai school of Buddhism. The native Japanese calls this Buddhist temple as “Rengeō-in” which translates into “Hall of the Lotus King”.

You can see a huge crowd visiting this temple in January when an archery tournament is conducted that is passionately participated by the Japanese. 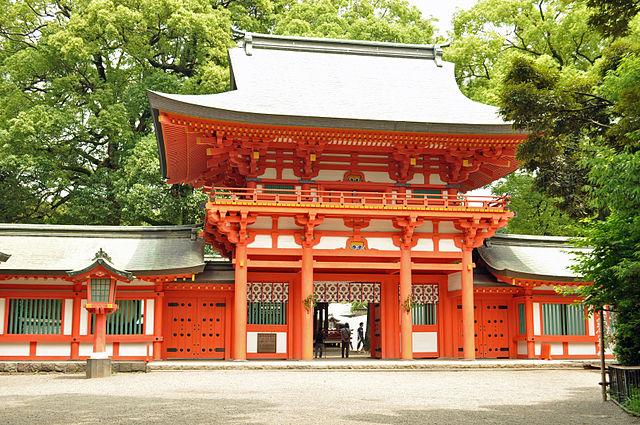 Shinto shrines in Japan are mostly ancient. I read that they do not build Shinto temples anymore in Japan but they do build Buddhist temples in new residential localities.

With the increasing number of visitors to this Japanese temple, a big park was built up in its vicinity. The park attracts the visitors to the Hikawa temple with plenty of cherry blossom trees. There is even a mini zoo and a small museum inside the park.

The Japanese prayers too resemble other Asian countries such as the lighting of incense sticks and leaving the footwear outside the Buddhist temples.

Top 5 destinations for a wine-lover in Europe

Those are some incredible Shinto temples 🙂

Wow, rekindled my memories. Kamakura, you can actually enter inside the statue from behind. Wonderful experience.