Tourists heading to Goa have several places to stay. Resorts and hotels are available in every famous beach like Anjuna Beach in Goa.

There are several beach landmarks in Goa that you would be encouraged to visit, indulge in water sports such as water-scooter ride and surfboarding, interacting with the locals that are descendants of Portuguese reign.

Of various beaches in Goa, Anjuna Beach is one important landmark. This sleepy fishermen’s village shot into fame during the 60s when the whole place was taken over by the infamous hippies of that era.

Before we look into the beachfront resorts and hotels in and around Anjuna beach, we will look into what you can do in Anjuna Beach. 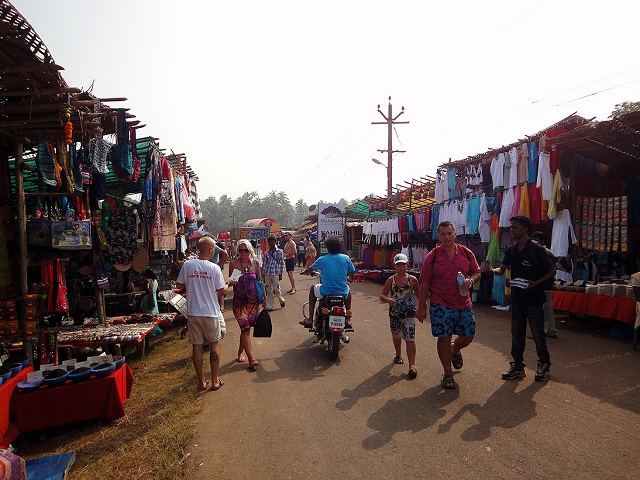 The most looked forward to attraction in Anjuna Beach is the attractive flea market that is on every Wednesday and every Saturday. This bi-weekly dawn to dusk event is actively participated by the local residents and visiting Europeans that set up roadside shops selling myriad paraphernalia.

I noticed some shops selling products of other states in India as well which means merchants from all over India are doing a brisk business in Anjuna Beach’s flea market selling all sorts of mini gifts items such as:

Tourists, especially the Portuguese don’t fail to visit this important church built by their ancestors.

This is the most visited beach in all of Goa and it is located 10 km from Anjuna Beach.

Though all beaches in Goa looked more or less the same to me, I pushed myself to visit all the beaches in Goa that are mentioned in travel blogs even if it meant driving for more than 30 minutes from Anjuna Beach where I was staying. After all, I need to boast around that I had been to such and such beaches in Goa-right? 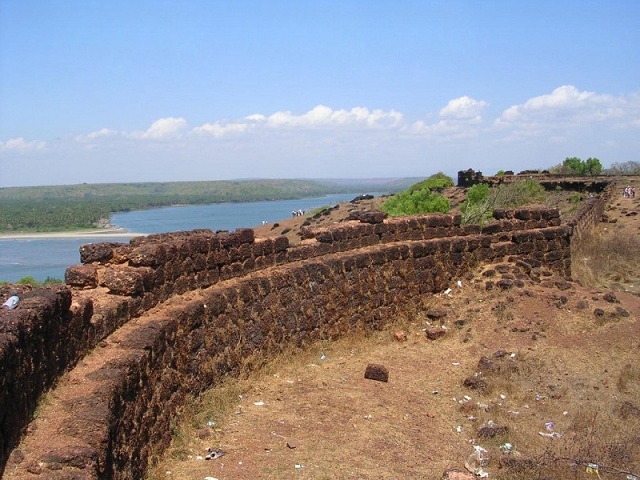 In order not to hurt the sentiments of the hotelier, I went to see them and I was glad I did that.

How to reach Anjuna Beach village Goa from any part of India?

The Goan airport located in Dabolin is 45 km away from Anjuna Beach. Those who are arriving by train from Mangalore or Kerala used to get down at Madagaon railway station and from there, Anjuna is located 50 km away.

Highly recommended resorts and hotels in and around Anjuna Beach Village, Goa: 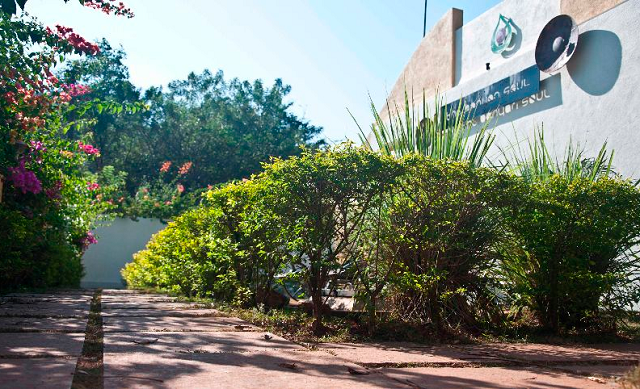 This is conveniently located close to the famous Anjuna Flea Market and a modern guesthouse with excellent amenities in all its 12 rooms. Yes, there are only 12 well-appointed rooms that imply you are taken good care of by the hosts.

All the rooms are air-conditioned. The rooms provided with spacious mattresses. Rooms are bathrooms attached. Most of them fitted with solar-powered geysers.

The location is slightly away from Anjuna Beach and thus there is little noise pollution.

I liked the breakfast options in Goa that included both the South Indian and continental cuisine. In Banyan Soul, you get breakfast dishes throughout the day.

If you ever wanted to have a whole new villa to all yourself, then, your best bet would the stylishly looking Villa Bandurria owned by Mr.Karan

He has listed his property with Airbnb.

The architect designed villa comes with three bedrooms and a kitchen. Sine no tourist would want to coo his own food irrespective of wherever he stays, the Villa Bandurria is providing you with a chef and he comes free! What more can you ask for? Of course, you buy the groceries.

Oh, the rooms are all air-conditioned. All the bedrooms attached with bathroom. In addition, you will have your own swimming pool. 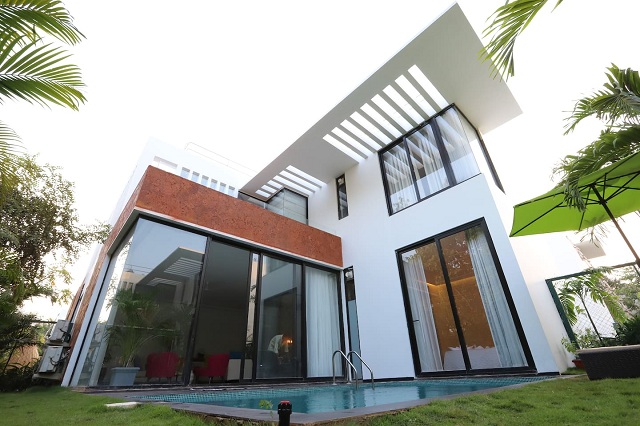 Also, several restaurants are close by. Both the Anjuna Beach and the Vagator Beach are also near the villa. I suppose the villa Bandurria is rented out by honeymooners who would pay any amount for total privacy. They surely would like the idea of staying in a fully furnished villa located in a gated community.

Wow! Isn’t that a lovely private guest house to stay in Anjuna, Goa? Do you want to know the address of Vista Callisto? Here it is:

The villa can accommodate 8 people in its two air-conditioned rooms. Your price includes free breakfast. If you want to eat out, you can go to Cafe Artjuna or to the restaurant located inside Hotel Tamarind.

I found a few more low-cost hostels too. There are more than enough accommodations in Anjuna village that suit several budgets. 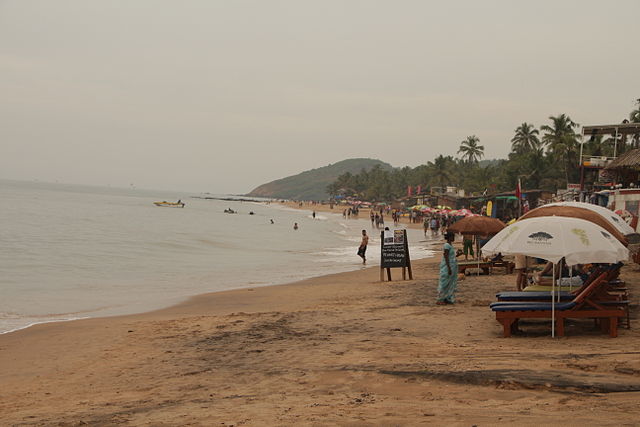 Equally, there are quite a number of restaurants and roadside kiosks where you can have a satisfying meal without spoiling your metabolism. The seafood varieties are simply amazing just like you stand in awe in front of the range of foreign liquors and beers in bars and shops.